The most enduring detectives in American crime fiction are back in this electrifying thriller of art and brutality from the #1 New York Times bestselling master of suspense.

Los Angeles is a city of stark contrast, the palaces of the affluent coexisting uneasily with the hellholes of the mad and the needy. That shadow world and the violence it breeds draw brilliant psychologist Dr. Alex Delaware and Detective Milo Sturgis into an unsettling case of altruism gone wrong.

On a superficially lovely morning, a woman shows up for work with her usual enthusiasm. She’s the newly hired personal assistant to a handsome, wealthy photographer and is ready to greet her boss with coffee and good cheer. Instead, she finds him slumped in bed, shot to death.

The victim had recently received rave media attention for his latest project: images of homeless people in their personal “dream” situations, elaborately costumed and enacting unfulfilled fantasies. There are some, however, who view the whole thing as nothing more than crass exploitation, citing token payments and the victim’s avoidance of any long-term relationships with his subjects.

Has disgruntlement blossomed into homicidal rage? Or do the roots of violence reach down to the victim’s family—a clan, sired by an elusive billionaire, that is bizarre in its own right?

Then new murders arise, and Alex and Milo begin peeling back layer after layer of intrigue and complexity, culminating in one of the deadliest threats they’ve ever faced.

An excerpt from Unnatural History

When I go to crime scenes, I’m ready to focus on terrible things.

I end up at crime scenes because my best friend, a homicide lieutenant, thinks I have something to offer on the cases he calls “different.”

He rarely gives me details, wanting me to form my own impressions. As I pulled up to the yellow tape on a Monday morning just after ten, I knew nothing.

No evidence markers outside. Whatever had happened was limited to the interior of a navy-blue, two-story stucco building.

I gave my name to a uniform guarding the tape and was allowed to park in a red zone.

The blue building sat on the north side of Venice Boulevard, perched on a grubby corner, the entrance on a side street. At the back was a parking area, also taped, with the rear end of a black Prius just visible. Beyond the alley was a residential block; seventy-year-old apartments and a few straggling bungalows.

A little pocket of L.A. that had managed to elude Culver City when borders were drawn.

The automotive mix out front was the usual. Black-and-whites plus vehicles dispatched from the crypt on North Mission Road. Two vans for transporting techs and their gear, meaning lots of scraping and sampling; one for transporting bodies; a Chevy Volt sedan used by coroners’ assistants as they traveled around the county ministering to dead people.

No signage on the blue building. Rust-crusted security bars grilled two narrow windows on each floor. So narrow they evoked castle bow-slits.

I slipped under the tape and headed for the front door, a gray metal slab left slightly ajar. No one had told me to glove up but I covered my hand with a corner of my blazer and prepared to nudge. Before I made contact, the door swung open and Milo Sturgis came out.

He wore a pessimistic black suit, a beige shirt stretched tight over his gut, and a skinny brown tie whose origins could be traced to a chemistry lab. Paper booties covered his desert boots. He had gloved up and latex glistened as it strained over hands the size of strip steaks. His black hair alternated between gelled obedience and random flight. His face was chalky in the sunlight, UV rays advertising pits and lumps that harked back to teenage acne.

Nothing to interpret; his default pallor. Startling green eyes remained calm but his mouth was set in a sour frown.

“Thanks for coming,” he said. “Ready to put on your therapist hat?”

The door opened to a blank white wall. To the right was an alarm keypad. Less wall than knock-up partition; pebbled, whitewashed fiberboard, no ability to mute sound.

Lots of sound from behind the wall. Moans and gasps and sobs then a moment of breath-catching quiet during which a woman said, “Try to relax,” with no great sincerity.

I said, “Someone’s having a bad day.”

Milo said, “Not compared with the decedent. Hopefully you can calm things down so I can concentrate on the decedent.”

By the time I reached the crying woman, I knew the decedent’s name and hers after Milo showed me her California driver’s license.

The license pegged her as twenty years old, five-four, ninety-eight pounds, BRN eyes and hair. Why DMV bothers to record hair color has always mystified me and Melissande Gornick proved my point with a hot-pink, teased-up do. Since being photographed three years ago, she’d also added steel piercings to her left eyebrow, her left cheek, her right nostril, and the soft spot between lower lip and chin.

For all that, both ears remained untouched by metal. Maybe that was now a thing. My patients are generally well below the piercing age so I sometimes miss out on current events.

Melissande Gornick rocked back and forth in a chair and gripped the sides of her face with black-nailed hands. Her spare frame barely impacted the seating, an oversized love seat of brick-colored tweed. One of half a dozen pieces of furniture strewn randomly in cold, white space. Two techs worked in corners, scraping, bottling, bagging, labeling.

As we approached, she let out three gulping sobs then switched to high-pitched keening whistles. Then back to crying.

The female officer stationed behind Gornick said, “Try to relax,” with even less enthusiasm than a moment ago.

When you’re all strung up, there’s nothing less helpful than being told to calm down. But cops aren’t therapists and confronting anxiety kicks in their own fears of madness and impulse. So they keep saying it and getting nowhere and the beat goes on.

Bourget’s look said he was Santa and she’d been a good girl.

“Yessir.” She trotted away.

Melissande Gornick seemed unaware of her surroundings. Rosy, welt-like marks striped her cheeks where her nails had taken hold. I wondered if she was prone to self-injury. A long-sleeved black jersey and gray skinny jeans blocked diagnosis.

Milo bent close to her. “So sorry you had to go through this.”

Using the ideal tone, soft and nonthreatening, but nothing indicated she’d heard. He shook his head, stepped away, and waved me forward.

I’d been checking out the white space. The entire ground floor of the building was a single open area with an iron spiral staircase tucked in the rear right corner. Walls were blank, cement floors painted glossy black. The mismatched furniture—chairs, table, an old desk—ranged from gently used to stuff that looked as if it had been rescued from the curb.

The only clue to the building’s function was a section, rear and central, lit by overhead tracks and containing a single, straight-backed chair, three high wooden Victorian armoires, a trio of silver light baffles, and two cameras on tripods, one of which looked antique.

Robin has a camera like that, a Hasselblad she inherited from her father and has never used. Neither of us photographs much. Robin because she prefers to draw and paint, I because there are enough images in my head.

Black drapes hung from a ring of metal pipe running high near the ceiling of the posing area. A curtain capable of blocking the front was furled, leaving the space open to view.

I approached Melissande Gornick. Her soundtrack changed and she began hyperventilating.

In movies, heroes use paper bags to treat hyperventilation, but it’s an iffy technique at best and can sometimes be dangerous.

Gearing up my hypnosis voice—soft, rhythmic, and, most important, monotonous—I said, “You’re doing fine . . . ​if you feel like it, slow your breathing . . . ​not a lot, just a bit.”

She continued to gulp. Caught her breath. Arched her back.

I timed her respiration with my watch. Good old analog Omega with a second hand.

Another couple dozen respirations before her rate had slowed to just above normal.

I said, “Fantastic, so whatever you need to do.”

“Sure,” I said. “You’ve been through something tough.”

Someone else might’ve said, Try to stay relaxed.

I said, “Do whatever you need to.”

That confused her, which was the point. The power of constructive distraction.

She stared at me. Her hands dropped from her face, wrists and forearms vibrating. If she’d had a fleshier face, it would’ve jiggled. This face was narrow, delicately boned, the sweaty skin stretched drum-tight, and it remained still.

“You don’t have to do anything, Melissande.”

Unsatisfactory answer. She grimaced and tightened up.

I said, “Do whatever it takes.”

“I’ll never get through this!” 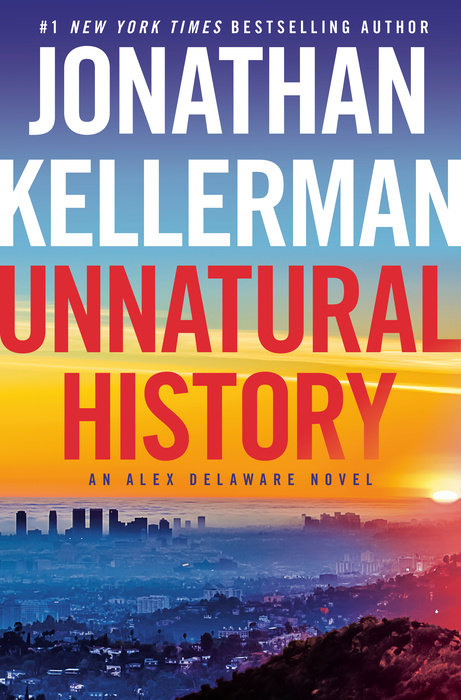