“A must-read—a gorgeous literary novel that asks us to imagine all the possible versions of ourselves that might exist.”—J. Courtney Sullivan, New York Times bestselling author of Saints for All Occasions

The residents of a sleepy mountain town are rocked by troubling visions of an alternate reality in this dazzling debut that combines the family-driven suspense of Celeste Ng’s Little Fires Everywhere with the inventive storytelling of The Immortalists.

In the quiet haven of Clearing, Oregon, four neighbors find their lives upended when they begin to see themselves in parallel realities. Ginny, a devoted surgeon whose work often takes precedence over her family, has a baffling vision of a beautiful co-worker in Ginny’s own bed and begins to doubt the solidity of her marriage. Ginny’s husband, Mark, a wildlife scientist, sees a vision that suggests impending devastation and grows increasingly paranoid, threatening the safety of his wife and son. Samara, a young woman desperately mourning the recent death of her mother and questioning why her father seems to be coping with such ease, witnesses an apparition of her mother healthy and vibrant and wonders about the secrets her parents may have kept from her. Cass, a brilliant scholar struggling with the demands of new motherhood, catches a glimpse of herself pregnant again, just as she’s on the brink of returning to the project that could define her career.

At first the visions are relatively benign, but they grow increasingly disturbing—and, in some cases, frightening. When a natural disaster threatens Clearing, it becomes obvious that the visions were not what they first seemed and that the town will never be the same.

Startling, deeply imagined, and compulsively readable, Kate Hope Day’s debut novel is about the choices we make that shape our lives and determine our destinies—the moments that alter us so profoundly that it feels as if we've entered another reality.

Praise for If, Then

“Hope Day has a lot of sly, stealthy fun with time-bending and parallel universes, but she also has serious things to say on urban paranoia, climate change and the atomized nature of modern life.”—Daily Mail

“If, Then has the narrative propulsion of a television show . . . [It’s] a whirlwind of a story.”—Chicago Review of Books

“Effortlessly meshing the dreamlike and the realistic, [Kate Hope] Day’s well-crafted mix of literary and speculative fiction is an enthralling meditation on the interconnectedness of all things.”—Publishers Weekly (starred review)

An excerpt from If, Then

The earth trembles. She tastes metal. That’s how it starts on a moonless Sunday in Clearing, Oregon, in the shadow of the dormant volcano locals call Broken Mountain.

Just after 10:00 p.m. Ginny stands at the bathroom sink, a toothbrush in one hand and a paperback in the other. She always reads like this, in minutes parceled out from her packed days—in the bathroom after everyone has gone to bed, or parked in her car when she gets to the hospital a little early. The heat whirs in the vent. She considers staying up to read another chapter. Her husband, Mark, is already asleep in the next room.

Her pager buzzes from the bedroom and she retrieves it from her bedside table. A series of familiar numbers scrolls across the tiny backlit screen. The emergency room. “Damn.”

She dials the number. “ER,” the nurse answers.

“This is Dr. McDonnell. I was paged?”

Classical music plays energetically in her ear. She sits down on the edge of the bed. Suddenly she’s tired.

One of the cats jumps down from the comforter and stalks out the door toward Noah’s bedroom. But Mark doesn’t stir. He’s learned how to sleep through her nighttime pages. His face is naked without his glasses, his curly hair black against the white sheets.

She turns down the volume on the phone and switches on her lamp. Mark rolls over on his side but doesn’t wake. The music is tinny and faraway in her ear. The floor shakes; there’s a metallic taste in her mouth. Her vision abruptly alters—

Where Mark was sleeping a woman appears. Her face is so familiar . . . ​Edith. Her friend’s hair is always pulled back in a bun at the hospital. Now it fans out in crinkly waves across the pillow. Freckles stipple her shoulders and the tops of her breasts.

Ginny smells warm skin and damp sheets; she hears her own quickened breath. A swell of desire, uncomfortably strong, rises inside her abdomen. The woman reaches out, as if to stroke Ginny’s hair.

Then, in an instant, she’s gone. Mark’s back in the bed.

“Doctor McDonnell—” Brian Pierce’s strident voice comes through the phone. “We’ve got a seventy-­five-­year-­old man with a rigid abdomen, white blood count of 24,000, fever of 101.2, peritoneal signs, and free air on abdominal films. Came into the ER about an hour ago. His name is Robert Kells. Can you come in and take a look?”

She’s silent for a beat, her mind still anchored to Edith’s lovely face. “Any major medical issues?” she finally musters.

“A history of liver disease—” There’s the rustle of paperwork. “We’ve admitted him a couple of times for pancreatitis. That’s it.”

“We need to set up for an ex-­lap.” Her brain has come back to life, has switched into the proper gear.

“I’ll tell the charge nurse. Just get on the road. This guy isn’t going to last long.”

Ginny follows her usual routine: pulls on scrubs, scrapes her hair into a short ponytail, and rubs lip balm on her lips. She climbs into her Acura SUV and backs out into the deserted cul-­de-­sac. Her neighbors’ porch lights are off. Behind her house the forest is a dark blank. Rain mists her windshield.

She drives down the hill and across town, and the mountain recedes in her rearview mirror. She usually likes the ride to the hospital at night—the empty streets, the sealed-­in quiet of her car, the gentle tack tack tack of her turn signal as she idles at stoplights. But tonight these things don’t bring her peace.

She’s disturbed by what she saw. She must have fallen asleep for a second. Or she has a brain tumor. She recalls a list of symptoms from her neurosurgery rotation in residency:

She turns into the staff parking lot. The scrubs, the ponytail, the car ride—they haven’t done their job. There’s an irritating flutter in her chest.

Inside, the fluorescent lights of the ER are a welcome slap in the face. Her clogs squeak against the polished floors. Her patient waits, supine, behind a green curtain in the freezing pre-­op holding room. As soon as she pulls the thin cloth closed behind her she feels better.

“Mr. Kells, I’m Dr. McDonnell, the surgeon who will be taking care of you.” She enunciates each word, speaking over the beeping racket that surrounds them, and looks steadily into the man’s broad, ashen face. He says nothing but holds her gaze firmly.

She picks up his chart. “My apologies. Professor Kells.”

“Robby,” he says in a hoarse whisper. He has thick eyebrows and a full head of gray hair, and she can easily imagine him at the front of a lecture hall.

“I’m going to examine you now. Is that all right?”

She rubs her hands together to warm them, lifts his hospital gown, and feels along his pale stomach. “I’m going to press down on your abdomen. Can you tell me if it hurts more or less when I release the pressure?”

She presses, lets go, and watches his face twist into an ugly grimace. He makes no sound. She’s impressed with his stoicism. His silent scowl makes her think of her father, when he first got sick. Professor Kells is about the same age her father would be if he were still alive.

She puts her stethoscope in her ears and listens carefully to the four quadrants of his belly.

“Do you teach at the university?” she asks.

“Impressive.” She picks up his chart again. “Just want to double check. No history of heart disease or arrhythmia? Any cardiac events at all?”

He shakes his head.

“Good. We want to get you back to your books and your students. But to do that I need to find out what’s causing the discomfort in your abdomen. There’s a good chance you have a perforation in your intestine. If you do, and it isn’t repaired soon, you could die. We’re ready to take you to the OR now. Do you give your consent?”

“We’ll do the very best we can for you.”

He grips her hand with surprising strength. “How about better than your best?” he asks, with a hint of a smile.

Kate Hope Day holds a BA from Bryn Mawr College and a PhD in English from the University of Pittsburgh. She was an associate producer at HBO. She lives in Oregon with her husband and their two children. 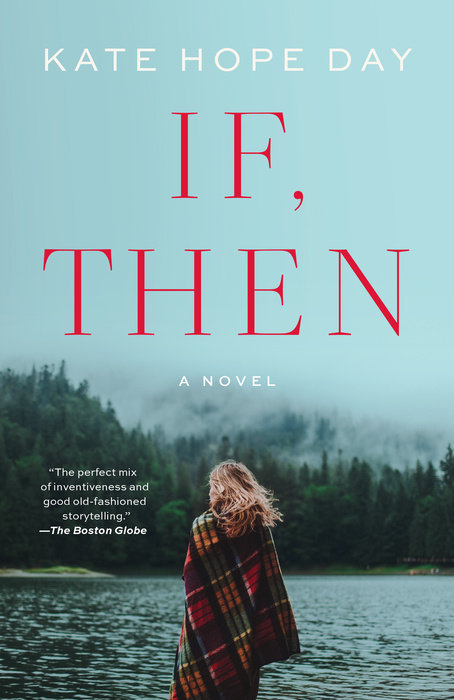