A charismatic man’s death exposes the secrets he kept, revealing him to family and friends as an unrepentant pathological liar in this explosive thriller from film producer and author Nina Sadowsky.

Justin Childs is handsome, likeable, smart. A devoted son to his mother, Carol; a loving husband to his wife, Annie; and a sure-footed, savvy business partner to his best friend from college, Will. To so many, the perfect man.

When Justin’s body is retrieved from the wreckage of a car accident, his death leaves his loved ones with more questions than answers. In life, his charm and easygoing nature inspired trust, making him friends wherever he went. Now that he’s gone, the cracks begin to show: disturbing discrepancies in his company’s financials, unaccounted-for absences, a medical record that appears to be entirely fabricated.

As the secrets and betrayals pile up, Annie, Carol, and Will realize their beloved Justin was not the man they thought he was. And why was he found dead with Valium in his system when he notoriously detested drugs? Was the crash that killed him really an accident—or did Justin finally get caught in something he couldn’t lie his way out of?

Convince Me is a chilling look at what makes a sociopath in an age of untruth—and a high-octane, surprising read to its very last page.

An excerpt from Convince Me

I nearly died the day we met.

It was February, just over three years ago. I was in Mammoth for a ski trip with my best friend, Bella. On day one, Bella wiped out on her second run. The next morning, nursing a sore wrist and lump on her head, she said she wanted to take it easy.

When I came back to our condo from the slopes midday to check on her, she informed me she was hitching a ride back to L.A. with another friend. I couldn’t really be angry. She felt like shit and wanted to go home. She volunteered to pay for her half of the rental and told me I should stay, ski, and mingle as she toted her suitcase out the door with her good hand.

I stayed. I skied. I didn’t mingle; I was protecting my battered heart. A man about whom I’d been foolish enough to entertain “happily ever after” fantasies had proved to be a serial cheater. This bruising realization, just as we had neared our first anniversary, had led to Bella’s suggestion of a few days in Mammoth—­a girls’ trip, now a solo retreat.

I tried to embrace it. I skied hard. Came back to the condo. Braved the cold to make it out to the hot tub on the deck. Cooked and consumed huge bowls of pasta mixed with decadent, chunky lumps of butter and generous sprinkles of Parmesan cheese. I passed out early, exhausted, and slept deeply.

The day I was to drive back to Los Angeles, snow dumped on Mammoth. Big, fat lazy flakes.

I’m a California girl. First in line to get my learner’s permit the day I turned fifteen and a half. So even though I’d been a (self-­styled) demon of the road for twelve years, driving on snow was not in my particular wheelhouse.

Wary of the weather, I got an early start, loading my little Acura, wiping a crust of snow off the windshield, climbing into the car, and blasting the defrosters.

I pulled out cautiously. I found out later that the temperature had dropped into single digits the night before; a thick sheet of ice lay beneath the freshly falling wet snow. As soon as I accelerated, my car slid and skidded, the wheels churning uselessly for purchase. Frantically, I tried to remember what to do in a skid. Turn into it? Away from it?

Panicked, I stomped on the brake. The car fishtailed and spun. As the world twirled before my eyes, I heard a piercing noise and realized I was screaming. After what felt like an endless free fall, the front end of my car slammed broadside into a parked pickup truck with a horrific crash and the whine of metal greeting metal.

The airbag exploded. My head snapped back and then forward. My vision blurred. I blinked and wiped my eyes. My hand came away bloody.

But I was alive. I sat there dazed for a moment, or maybe it was an hour.

A face appeared through the splintered windshield. A man’s face, kind and open, classically handsome, twisted in concern. He opened my car door and leaned in.

He’s dead now, this man I came to know and love and marry.

At the tender age of thirty-­one.

That fact, cold, hard, and inescapable, seems distant and absurd, like a tragedy from someone else’s life, not mine.

This wasn’t supposed to happen to me.

My life before Justin’s death wasn’t perfect. I had my fair amount of shit, like anyone else, but I was aware that I enjoyed a lot of relative privilege.

I’m white. I was blessed with appealing looks. I was raised in a solidly middle-­class family. I’m well educated. My bio dad took off when I was a baby, and, sure, maybe that left a wound, but my mom remarried and my stepdad, Santi, adopted me when I was a little kid and I love him like a father. I have perspective is the point. I’ve enjoyed advantages my entire life, and I’m smart enough to recognize how lucky I am.

How lucky I was.

I’m conscious of the drone of the funeral service around me, of the thick lump clogging my throat, the constricting itch of my jet-­black pantyhose, the press of fellow mourners around me. Yet I’m also completely isolated, floating above my husband’s funeral as if suspended in a bubble, watching, observing.

I’m seated in the front row, of course. The place of “honor.” On my right is Justin’s brittle bird of a mother, Carol. On my left is Bella, my oldest friend. She wraps a gentle arm around my shoulders, as if she senses me floating away and is trying to tether me to earth.

To Bella’s left are Jahnvi and Sunil; Sunil worked with Justin and the four of us went out together many times. Jahnvi has been particularly kind during this nightmare, parking her kids at her mother’s and coming by to make sure I’ve eaten (usually I haven’t) and to see that I’ve “rested” (not for days).

In fact, every single employee from Justin’s company, Convincer Media, is here, and they’re all genuinely wrecked. Justin was their beloved leader, and they were following him to startup glory. They idolized him, or at least the success he promised them.

The pastor asks us to rise. As I do, I catch a glimpse of Will’s rigid profile at the far end of the row. I know Will must be suffering as much as I am; Justin was his best friend and his business partner, and the three of us were a little family.

What are we now, with Justin gone?

A primal longing for my mother floods me. Mommy. I’m a grown woman, but Justin’s death has rendered me a helpless child.

She’s on her way back to L.A. with my stepfather, Santiago. They were in Hong Kong the day Justin’s body was found, the third stop on a luxurious four-­city tour that Justin had gifted them for their twenty-­fifth anniversary. The trip was a dream come true for my mom, and I was as delighted as she was when Justin surprised them. The vacation was so specific to Mom, who had always dreamed of going to Asia. It was so extravagant, so thoughtful. So very Justin.

One travel snafu after another has left them stranded in Dallas, with no chance of getting here before tomorrow. Another reason I have to hold it together. I need my mom to promise that it will all be okay.

Even though I know that’s bullshit. Nothing will be okay. Not ever again.

My husband lies stiff and dead in the mahogany coffin in front of me. The police say it was most likely an accident; that Justin was under the influence of Valium, of all things, when his car shot over a tight curve on Mulholland Drive and plummeted down a mountainside. The former I don’t believe; the latter I know is ridiculous. Justin had vices, but Valium wasn’t among them.

None of it seems quite real. Could he have been taking pills without me knowing? His younger brother died from an overdose and Justin was rigidly anti-­drug, so if he was, he would have hidden it. Still, I can’t quite see it.

Did he take the pills by mistake? If so, what did he think they were? Or did someone else drug him? Could someone have wanted to hurt Justin? But who? And why?

Or did the police just get it wrong?

Questions churn through my brain, but none of them have easy answers.

For days now, people have been commenting on my stoicism. How well I’m handling everything. As we sit through this service, however, I can tell that those selfsame people are starting to wonder. I must seem cold, emotionless. I just haven’t been able to cry yet.

I’m afraid if I start I’ll never stop. My heart is broken.

This, what I thought was the defining love affair of my life, has ended in devastating grief, a word which now consumes me.

My very first love affair was with words. Their heft and power. Their origins and shaded meanings. Their ability to tell a story, promote an agenda, evoke a sentiment, capture a moment, steal a heart. I love the way even the simplest, most everyday words can have so many interpretations and associations, can be shaped by context or perspective. Writing has always been my sustenance.

I haven’t written a single word since Justin died.

I pull my attention from this funeral home, from the rows of mourners and the pastor intoning a prayer, from Justin’s mother weeping to my right, from my hands twisting in my black-­clad lap. I sink back into the memory of the first time I met him: joyously, brilliantly, exceptionally alive. 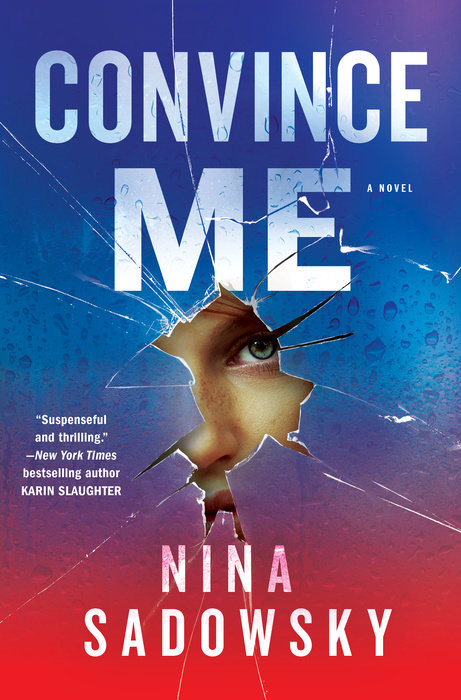