Deputy Coroner Clay Edison discovers that buried secrets can be deadly in this riveting thriller from a father-son team of bestselling authors who write “brilliant, page-turning fiction” (Stephen King).

Clay Edison has his hands full. He’s got a new baby who won't sleep. He’s working the graveyard shift. And he’s trying, for once, to mind his own business. Then comes the first call. Workers demolishing a local park have made a haunting discovery: the decades-old skeleton of a child. But whose? And how did it get there?

No sooner has Clay begun to investigate than he receives a second call—this one from a local businessman, wondering if the body could belong to his sister. She went missing fifty years ago, the man says. Or at least I think she did. It’s a little complicated.

And things only get stranger from there. Clay’s relentless search for answers will unearth a history of violence and secrets, revolution and betrayal. Because in this town, the past isn’t dead. It’s very much alive. And it can be murderous.

An excerpt from Half Moon Bay

On a damp Saturday, just last year, the sixties finally died in Berkeley.

On Sunday, I came for the bones.

The end began the day after Christmas, at dawn. With a wrecking crew standing by, a team of University of California police officers entered People’s Park to rouse the two dozen bodies curled limp in the bushes, pressed against tree trunks, atop and under benches, ordering them to vacate the premises.

The third sweep in as many days.

Each time, the park residents who’d been kicked out at six a.m. came back at ten p.m. to bed down, as though returning from a long day at the office.

A week prior, the university had installed a chain-link fence around the perimeter. It had been scaled, sheared open, knocked down.

A month before that, campus cops had circulated through the neighborhood, handing out flyers giving notice of the demolition and verbally notifying those who refused the paper or threw it back, in one instance using it first to wipe an ass.

The previous year, the architecture firm contracted for the project had erected large multicolored signs along Dwight Way and Haste Street depicting a pristine six-story dormitory alongside detached ground-floor units of supportive housing for the homeless.

Modern. Clean. Green. The drawings showed faceless humanoids gliding through streak-free glass doors. It was impossible to tell the students from the homeless. Everyone was wearing a backpack.

Within days, Berkeley Fire found the signs ablaze in a dumpster.

Articles about the closure of the park and op-eds either lamenting or celebrating its demise had been a fixture of local media for four years running. There’d been a public hearing, two lawsuits, multiple town halls, and city council meetings too numerous to count.

Nobody could claim they hadn’t been warned.

The run-up to Demolition Day was a continuation of a fifty-year tug-of-war, begun when a group of hippies wielding gardening implements converged on a muddy, disused lot owned by the university and claimed it in the name of The People.

As far as sacred spaces go, it ain’t much to look at.

Three scrubby acres, few natural features, murals flaking, vegetation in perpetual decline, the province of drifters, addicts, and the mentally ill. An average day sees the cops summoned five times. There’s a playground, but not one you’d knowingly take a child to. Not long ago, a nanny short on context, common sense, or both brought a two-year-old boy to the swings. A parkie sauntered up and shoved a “Tootsie Roll” into his mouth. It turned out to be meth.

Nobody who cares about Berkeley looks at the park and sees the existing reality. They see what it represents.

On that damp December morning, what remained of The People stood behind sawhorses at the corner of Bowditch and Haste: nine aging Boomers waving cardboard signs. They looked invigorated, passing around a joint between chants.

A bulldozer started up, drowning them out.

One protester began to weep. Others cast about in search of the cavalry. Nobody was coming. It was too chilly. Too early. Undergrads had decamped for winter break. And to them, People’s Park meant nothing but a chronic shortage of dorm beds and an inconvenient detour walking home from the library at night.

The construction foreman unlocked the fence gate and spread it wide.

The first bulldozer rolled over the sidewalk and lumbered toward the western side of the park, lowering its blade as it advanced on the Free Speech Stage. Mist clung to the lawns. Over the growl of the diesel engine rose a wet, mealy crunch, steel teeth chewing plywood and paint. Depending on whom you asked, it was either a dagger through the heart of a dream, or a stake driven into a corpse.

Don’t count The People out just yet.

By late the next morning, the crowd behind the sawhorses had swelled to over a hundred. Demolition noise still outpowered the chants, but not by much.

The People 2.0 were environmental activists, housing activists, transit activists, vegans, freegans, black-bloc types in Guy Fawkes masks. Plus the one-offs: A trance-dancing nudist with nipples erect in the cold. An emaciated man with a skull-like face who let out a bloodcurdling shriek whenever the tree trimmers lopped off a branch.

At the other end of the site was a smaller counterprotest, fifteen strong. They’d driven in from Alamo and Santa Clara, bringing American flags, coolers, a charcoal grill.

Smack between them, the media.

Under the operations tent, a UC police lieutenant named Florence Sibley was keyed up and pacing. This was her show, an unwelcome chance at stardom. For every professional reporter or cameraman on hand, she assumed, three amateurs were livestreaming.

So far, so good. Minimal resistance from the parkies. No violence from the protesters. The mood was taut but not incendiary. How long could she keep it that way?

She had Alameda County Sheriff’s on standby if things got out of hand. But her superiors had made it clear that asking for help would constitute an embarrassment for the department.

Put on your big-boy pants.

Sibley looked at the protesters. The nudist twirled in ecstatic circles. Purple body paint on her back spelled out l o v e.

In the counterprotester camp, lots of taunts and burger chomping. One man had stripped off his shirt and was slapping his bare belly.

One of Sibley’s sergeants, Brodie Ford, jogged up. “You need to come see something.”

Sibley thought: Not part of the plan.

The foreman was a man in his midfifties named Nestor Arriola. He wore a hard hat, a reflective vest, and a black polo shirt emblazoned with the construction firm logo of a derrick. He’d been up since six a.m., just like every morning of his working life since age fifteen. He met Sibley and Ford at the southwest pedestrian gate, handed them each a hard hat and a reflective vest, and led them to the vicinity of the former Free Speech Stage, now a hexagonal pit.

Debris had been cleared, and the excavator operator had begun peeling back Mother Earth in layers. The driver was a young white guy with sunken cheeks and a tall brow wearing his hat crookedly, like a mushroom cap.

“It sort of caught the sun, you know?” he said. He glanced apprehensively at his boss, as if to apologize for being observant. “Got my attention.”

“It” was an eyeball. Nestled in a mound of rich dark soil, about ten feet from the pit’s edge, it stood out like a boil.

Sibley said, “You did right.”

Nestor Arriola told the driver, “Go take ten,” and the guy hustled off.

Arriola turned to Sibley. “Looks fake to me.”

He was probably right. The stage had stood on that spot for decades. No way an eyeball wouldn’t decompose. But probably wasn’t for sure.

Sibley scooted down into the pit and walked over, stooping to examine the eyeball. It was cartoonishly large, with a bright-blue iris. She had never married or had kids, but she did have nephews. She’d bought them tons of gifts over the years, before they hit adolescence and morphed into—her sister’s words—“uber-assholes.”

Point being, Sibley knew a doll eye when she saw one.

She flashed a thumbs-up at Arriola. “Fake.”

He turned to fetch Mushroom.

It was then that Florence Sibley made the first of two consequential decisions.

Arriola, impatient to get back on schedule, said, “What for?”

Sibley didn’t have a ready answer. She didn’t know what she expected to find. More fake eyes? Who cared? But she was having second thoughts, and she motioned Brodie Ford into the pit. He looked as skeptical as Arriola.

The two of them knelt, pawing with their bare hands, cold hard rock and the moist squish of earthworms and beetles, digging elbow-deep. Sibley began to feel foolish.

Surfacing in the dirt, another speck of blue, the same garish shade as the fake iris.

He worked his fingers in and tugged out the corner of a blanket.

Grimy, edged in satin. Sibley could picture the matching teddy bear. The items would have come as a set. Maybe monogrammed, initials or a first name.

Brodie Ford continued to scrape away at the ground, revealing more of the blanket, bundled up and packed down.

His breathing had gone fast and shallow.

Sibley grabbed his wrist. “Leave it.”

The bundle of blankets had become disturbed.

From one end protruded the sharp tip of a broken bone.

Cradled in a fold was a tiny, dirt-smeared tooth.

Nestor Arriola stood at the pit edge, wearing the defeated sag of a man who answers the door to find an unloved relative toting suitcases.

Florence Sibley stood up, knees cricking, and made her second consequential decision of the day. 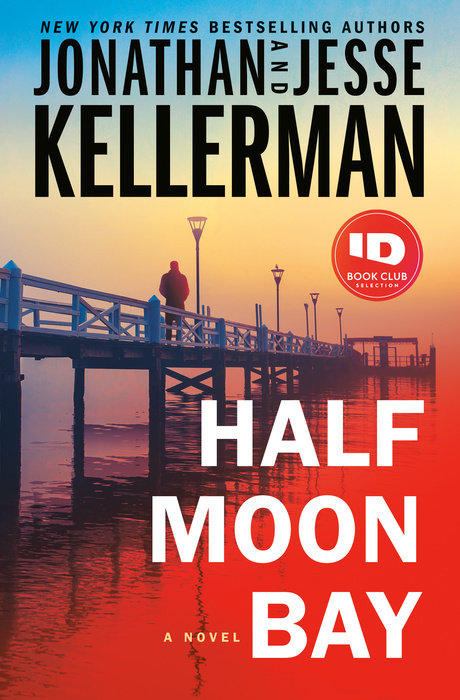