Things get personal for Deputy Coroner Clay Edison when a murder hits close to home in this riveting, emotional thriller from the bestselling father-son team who write “brilliant, page-turning fiction” (Stephen King).

A raging wildfire. A massive blackout. A wealthy man shot to death in his palatial hilltop home.

For Clay Edison, it’s all in a day’s work. As a deputy coroner, caring for the dead, he speaks for those who cannot speak for themselves. He prides himself on an unflinching commitment to the truth. Even when it gets him into trouble.

Then, while working the murder scene, Clay is horrified to discover a link to his brother, Luke. Horrified. But not surprised. Luke is fresh out of prison and struggling to stay on the straight and narrow.

The race is on for Clay to find him before anyone else can. Confronted with Luke’s legacy of violence, Clay is forced to reckon with his own suspicions, resentments, and loyalties. Is his brother a killer? Or could he be the victim in all of this, too?

This is Jonathan and Jesse Kellerman at their most affecting and page-turning—a harrowing collision of family, revenge, and murder.

An excerpt from The Burning

Monday. Nineteen hours in the dark.

The dead man lived up the hill. We could have walked, if the world wasn’t ending and we didn’t have to bring him back.

But it was and we did, so Harkless and I suited up and went out to the parking lot. As we exited the building a stunning fist of heat descended on us. The nearest wildfire was thirty miles away. Gritty sky and roaring air gave the illusion it was right over the ridge, climbing fast.

The apocalypse smells like a campfire and glimmers gold.

Through fierce raking wind we hurried to the body van, got in, and slammed the doors.

He pulled the mask down over his chin and wiped at the sweat ringing his lips. “You know where we’re going?”

I nodded and started the van.

We climbed a steep, peaceful residential neighborhood crammed with split-­level wood-­frame ranch homes built in the late fifties. Long before anybody could imagine that million-­acre fires, killing winds, and weeklong blackouts would become a season unto themselves. The houses weren’t under direct threat, but tight spacing and a uniform color scheme made them look like rows of matchbooks ready to ignite.

No cars on the road. No children playing.

Wind pummeled the van, rocking it from side to side.

In lieu of a guardhouse, a stern sign limited access to members of the Chabot Park Summit Homeowners’ Association and their guests, forbidding parking, loitering, or hiking, and promising to tow.

I eased the van over a speed bump. The gurneys jounced and gave a cough.

Entering the development we passed through an invisible portal. The aesthetics changed as did the financial calculus. The guiding principle was no longer efficient rectangles but relaxed curves, the goal no longer maximizing units per acre but dollars per unit. Stately new-­builds shied back behind stone walls and high hedges. Slate roofs replaced asphalt tile. The architectural styles were varied. You had the money; you got what you wanted.

Less a community than a series of fortresses.

“I had no idea this was here,” Harkless said.

This: rich people. Here: less than two miles from the county morgue.

We banked through stands of eucalyptus and California live oak to reach a long driveway that sloped up and out of view. An ultramodern fence of black metal slats set between concrete pillars stretched at street level. Double gates lay open. Flanking them were two larger pillars, one of which sported a security camera.

An Oakland PD cruiser with nobody at the wheel blocked the path. We waited for someone to appear.

He leaned over and thumped the horn.

A uniform waddled out from behind a sycamore, tugging up his fly. “Sorry.”

He signed us in and spoke into his shoulder. “Coroner’s here.”

The driveway was longer than I’d realized, switchbacking up through buckthorn, sagebrush, coffeeberry, manzanita—­native species curated to simulate wildness. The effect was undone by drip tubes bulging through the ground cover like junkie veins. By the time we leveled out, we’d gained seventy feet of elevation.

The hilltop had been decapitated, smoothed, plumbed, and wired, then meticulously reassembled, stone by stone, shrub by shrub, like a monument to the vanquished. For all that, the house made no attempt to blend in: a towering stack of cantilevered glass boxes sandwiched between layers of whitewash.

The driveway broadened to a sprawling concrete motor court clogged with black-­and-­whites, an ambulance, the crime lab van. A wide concrete tributary slipped between the redwoods toward a mini-­me guesthouse. To the west, the downslope had been buzz-­cut. A clear day would give breathtaking views of the Bay, the city, all the bridges.

Lost, today, beneath a blanket of toxic haze.

Breathtaking, in a different sense.

We put on our masks and got out. Harkless hustled up the front steps. I followed with the Nikon slung over my shoulder.

Inside, a massive foyer opened out to a massive living room with double-­height ceilings and vast glass walls. The décor was spaceship-­chic: whites, blacks, Lucite, chrome. Furniture sectioned off zones serving various functions, all of them leisurely.

Only a scatter of yellow plastic evidence markers disrupted the color palette.

The power had been off for nearly twenty-­four hours, and the interior had devolved to a greenhouse. I exhaled and my mask seemed to fill with warm syrup. I wondered how much it must cost to cool the place.

Anyone who could afford to live here wouldn’t worry about utility bills.

Few people thought about their electricity, until it stopped flowing.

A sitting area near the bar was in disarray, end table overturned and puddles of broken glass. Criminalists in coveralls dusted, swabbed, tweezed.

I could smell it, though.

At the foot of the staircase Harkless greeted the detective, a trim middle-­aged guy with a gaucho mustache and a slab of chocolate-­brown hair. Despite the stifling conditions, he’d kept his suit jacket on, the ensemble medium tan with sharp creases sewn into the pant legs. The knot of his tie looked hard as a walnut.

The victim was a white male fifty-­five to seventy-­five years of age, dead of apparent gunshot wounds to the back and neck. The woman who’d called 911 confirmed him as the homeowner, Rory Vandervelde.

“Davina Santos. The victim’s housekeeper. She arrived for work at nine a.m. and discovered the body.”

“I have an officer attending her in the pool house,” Rigo said. “I feel compelled to warn you, she is rather distraught.”

He sprinkled his words like a chef does salt.

“We’ll be gentle,” Harkless said. “She mention anything about family?”

“According to her he’s widowed. There’s a girlfriend who stays over on occasion and a son in Southern California. She professes not to know the son’s name. The girlfriend’s name is Nancy.”

Rigo shook his head. “She referred to her only as Miss Nancy.”

Either the smell was getting stronger or I was homing in on its source. I lowered my mask, craning.

Rigo gave a slight, curious smile. “Shall we?” 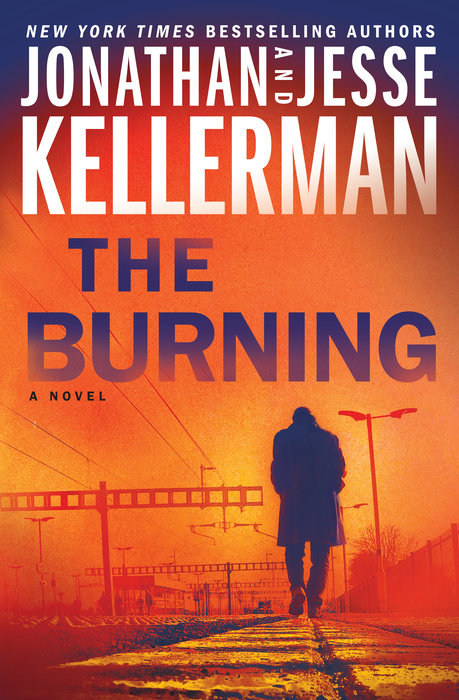