A nonjudgmental, back-to-basics approach to making custom cocktails that's as fun as it is definitive—from a renowned New York City bartender who's worked everywhere from PDT to Momofuku.

NAMED ONE OF THE BEST COOKBOOKS OF THE YEAR BY EPICURIOUS

John deBary is a veritable cocktail expert with a 100-proof personality, a dash of fun, and garnished with flair—there's nothing muddled about him. In Drink What You Want, John breaks down the science of mixology (yes, it's a science) and explains the rules of drink-making. Most important, you'll learn how to tweak any drink, both classic and creative, to your preferences and moods. Are you adventurous or traditional? Sweet or bitter? Brown liquor or clear?

While giving newbies a rundown of cocktail culture, lingo, and etiquette, John turns the "cocktail book" concept on its ear by infusing a traditionally formal topic with his fresh, conversational voice. Mixology geeks and bottomless brunchers alike will revel in the craft of the cocktail, from classic to modern to funky. Cocktails are about creativity and setting the mood, and Drink What You Want overflows with both.

An excerpt from Drink What You Want

Enough about you―let’s start with me. I’ve been working as a bar professional for about ten years and I’ve been fortunate enough to have spent time behind the bar at some of the best spots in the world. But, like many in my industry, my path into the bar world was anything but straightforward.

I grew up in a fancy suburb of New York City, went to a fancy college in Manhattan, and until I ended up behind the bar, I was on track to become a lawyer or academic or something similarly white-collar. I had a vague idea that I needed a “real” job to be successful in life and I never imagined bartending would be the way I would do it.

I studied Japanese history and language in college and moved to Japan after graduation. I was considering staying there indefinitely, but after about three months, I realized it wasn’t the place for me and returned to New York City. With no job and a few grand in credit card debt, I was fairly desperate and asked everyone I’d ever known if they could hook me up with a job―any job. One of those people was Don Lee, a guy I went to college with who was on the opening team of the iconic reservations-only cocktail bar PDT (Please Don’t Tell) on St. Mark’s Place in the East Village. This was a year or two before it became the legendary spot it is today. I asked Don if I could come bartend there and, astonishingly, he agreed to let me train. Mind you, I had no bar, spirits, or cocktail experience whatsoever. But after a couple of shifts, I started to get the hang of it. And by the hang of it, I mean flat-out pretending that I knew what the f*** I was doing. I was the queen of “fake it ’til you make it.”

With three or four more shifts under my belt, I was feeling pretty good about this new gig, but I still had to pass the Jim Meehan test. In case you don’t know, Jim was the Big Boss of PDT at the time and he was a big deal well before the bar was. I was so nervous to meet him; I thought he would see right through me for the fraud that I was.  Fortunately, he didn’t, and I was permitted to keep showing up at PDT every Monday night even though I was Some Dude with No Experience Who Still Wanted to Go to Law School.

I was twenty-five years old, which is kind of old relative to when a lot of people start out in the food service industry, and I knew I needed to catch up fast. So I hit the books: Gary Regan’s The Joy of Mixology, David Wondrich’s Imbibe!, and David Embury’s The Fine Art of Mixing Drinks were the first of the hundreds of cocktail books I would read. I understood that I needed to stop pretending I knew what a Sazerac was and actually learn how to make one―and also learn there was a whiskey called Sazerac as well―so I devoured the Rolodex of cocktail recipes that sat behind the bar at PDT by transcribing them into my personal notebook and making flash cards to study.

Eventually, instead of feeling profound panic at the beginning of my shift, I eased into a sense of comfort. After a few quick months, my name and picture were featured in The New York Times as one of the geeky bartenders at this cool new underground cocktail bar. The article helped me realize I was onto something with the cocktail thing. My law school dreams evaporated.

A year after starting my career at PDT, I was offered a job bartending twice a week at Momofuku Ssäm Bar, the second restaurant to open in the now global empire of chef David Chang. In case you haven’t watched TV or looked at the internet or a newspaper in the past fifteen years, David Chang is a chef from Virginia who rose to culinary prominence with the opening of Momofuku Noodle Bar in 2007. Now the group has a dozen restaurants spanning the globe and has spawned magazines, cookbooks, sauces, podcasts, and more Netflix specials than I have the inclination to count (or time to actually watch).

Apart from teaching me about wine, service, kitchen techniques, and how to disarm grumpy chefs, my time there gave me my first opportunity to exercise creativity over an entire cocktail menu, not just individual drinks. After about three years behind the bar, I transitioned to becoming the company’s first bar director, a position I held for five years. During that time, I helped open more than ten restaurants, created dozens of cocktail menus, and trained countless people on how to bartend.

And now I get to teach you how to make great drinks.

Ultimately this book is for everyone. But if you’ve never made a drink in your entire life and don’t know the difference between an Old Fashioned and a gin and tonic, you are my target demographic. My goal is to bring you to a point of reasonable proficiency and comfort in drink-making without getting too bogged down in the nerdy details that can scare many away.

If you like making drinks, own a few cocktail books, have figured out your favorite Scotch, and want to get a little more creative while making your life easier and more delicious, this book is also for you, but you might see some familiar things.

If you’re a seasoned professional with years of experience behind the bar and you’ve read all the classics, regularly develop drink recipes, design bars and menus, and train people to become bartenders, I hope you’ll find this book is also for you. You’ll probably encounter facts and recipes that are totally familiar, but hopefully, hearing these things from a fresh perspective―mine―can help you organize your thoughts and in turn be better at what you do. You might hate me for some of the things I’ll say. Hell, I hate me for some of the things I say. You also might consider my advice heretical, sloppy, and full of gross overgeneralizations. I don’t deny any of those things. But I invite you to consider the viewpoint that compromise and simplification are sometimes necessary in many situations. Although carelessness is never okay. Look, if you think I’ve got something really wrong and you want to yell at me about it, please do. I’ve been wrong many times in the past and I’m sure I will be wrong many times in the future. I’m atjnd3001 on Twitter and Instagram, and I love it when people talk shit about me on the internet, mostly because I love attention.

No matter who you are or how much you know about spirits, bartending, and cocktails, I’m going to write as though you, dear reader, know absolutely nothing. Don’t be offended. Feel free to skip ahead or jump around, but just know that sometimes the best way to learn is to relearn with a beginner’s mind-set.

Regardless of all of the above, thank you for buying this book, and please keep reading. 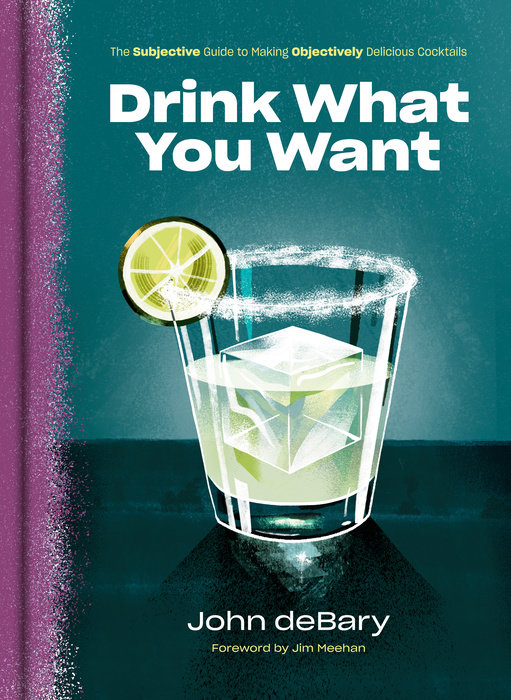