A Nantucket shopkeeper discovers that Christmas is the perfect occasion to make unexpected friendships . . . to warm the coldest of hearts—and maybe even find love.

Christina Antonioni is preparing for the holidays at her Nantucket toy shop, unpacking last-minute shipments and decorating for her loyal Christmas shoppers. But when her Scrooge of a landlord, Oscar Bittlesman, raises her rent, it seems nearly impossible for Christina to continue business on the wharf.

Even so, Christina hopes there is a warm heart underneath Oscar’s steely exterior. When she bonds with Wink, his sweet, young granddaughter who frequents the shop, it becomes clear that perhaps he isn’t so cold after all. And with the help of Wink’s uncle, who happens to be a charming and very handsome bachelor, this may be the best Christmas any of them could have ever imagined. Nancy Thayer’s enchanting Nantucket setting provides the perfect backdrop for this holiday love story.

Christina Antonioni could spot a shoplifter with her eyes blindfolded and both ears stuffed with cotton. You didn’t run a toy shop for five years without developing a certain intuition. Right now her own private alarm system was pinging all over her body.

The girl was about nine years old, a cute child with messy blond hair falling into her shifty blue eyes. On this cold early December day, she wore sneakers, jeans, and a shapeless wool sweater.

“Merry Christmas!” Christina greeted her with a smile.

“Merry Christmas,” the girl mumbled sullenly. She didn’t look at Christina. With her thin shoulders hunched, she slunk around the little shop, casting a brooding glance at the wooden ferry replicas, lighthouses, books, fairies, and mermaids.

She paused at the mermaid book. Christina knew she would. She knew what girls her age liked. The most fabulous item there, a huge embossed book about mermaids with a faux jewel glittering in the middle, was too big for the girl to steal, and so was the ten-­inch, beautifully made mermaid doll on a nearby shelf.

Christina bent down to put something in her glass display case. Through the glass she saw the girl swiftly slide a small mermaid sticker book into the pocket of her jeans.

It was only a five-­dollar item. She wanted to let her have it, poor child.

But children should be taught not to steal.

“Please put the sticker book back,” Christina ordered in a firm voice.

The girl jumped. She glared at Christina with her mouth bunched up in defiance. Then, to Christina’s chagrin, her face turned red and she burst into tears.

“It’s Christmas!” the girl blubbered. “My parents are getting divorced, and my mom and I are staying with my grandfather and I don’t have any toys or dolls here and we don’t even have a Christmas tree! I just want something!”

“Oh, honey.” Christina could tell the girl’s grief was genuine. She stepped out from behind the counter, approaching her as if she were a wounded wild animal.

Perhaps the child thought Christina was going to wrench the sticker book away from her. She jerked it from her jeans pocket and threw it toward the shelf. “There!”

“Wink, thank you for returning the sticker book. I’m sorry to hear about your situation. Tell you what. If you’ll come back later today, around three o’clock, I’ll give you a job. The UPS man arrives then and you can help carry the boxes into the shop. I’ll pay you and you can buy yourself a present here. I’ll give you a discount so you can buy something nice.”

Wink stared at her as if she’d just grown another head. “What if you have the police here?” Her voice quavered and she flushed at the telltale anxiety in her voice.

“You didn’t steal the stickers. You put them back.” Something in her wanted to give this girl her dignity. “Wink, this is a serious offer. I need the help.”

She chewed on her lip, thinking. “Okay,” she agreed. “I’ll be back at three.”

She sauntered out of the shop, her shoulders just a little bit straighter.

At noon, Christina put a will return in thirty minutes sign on her door, locked it, and went across the brick avenue to Mimi’s Seaside Souvenirs. Mimi Mattes, Jacob Greenwood, and Harriet Colby were already there, gathered in the windowless back room where Mimi had set up folding chairs among the cardboard packing boxes.

They comprised an informal group they called the Shedders because they each rented one of the weathered, shingled sheds on the wharf that extended out over the water.

Their shops were each a single quaint—­and quaint was a compliment—­room. Years ago, fishermen had tied up their boats to this wharf and lugged their catches into the relative shelter of these shingled buildings to clean and dress for sale. Later, the long pier was surfaced with bricks, the sheds were turned into shops, and the Hy-­Line ferry arrived, carrying people to and from the mainland several times a day.

Because of the ferry, the little sheds were great places for tourists to browse and find one last Nantucket gift to take home. The bad news was the sheds weren’t insulated or centrally heated. There was electricity, of course, and behind their counters the shopkeepers each had a small electric oil-­filled heater that made the fiercest winter days tolerable.

Mimi had the biggest shed so the Shedders met there for a quick lunch most days, exchanging gossip and helpful information. The chamber of commerce had a message system to alert merchants of potential shoplifters, and Christina wasn’t sure whether to inform them about the girl.

Huddled next to the heater, Christina described her confrontation with the child.

“Poor child,” Mimi Mattes sighed. In her fifties, widowed, Mimi was as round and cheerful as a snowwoman, with short, curly white hair and sparkling blue eyes. “You did the right thing, Christina. I don’t think we need to send out an alert.”

“I agree,” Jacob chimed in. He was in his thirties, an odd, handsome, yet somehow dorky guy who ran Nantucket Wind Man. Jacob sold kites, wind chimes, weather vanes, and scientific equipment such as barometers, thermometers, and anemometers. “In fact, I have an idea,” he continued. “Let’s give the kid a real Christmas. Let’s each put a gift in a bag. Christina can surprise her with it at the end of the day. I’ll donate a handheld electronic weather gauge.”

“Lovely, Jacob!” Mimi clapped her plump, dimpled hands. “I’ll give her a Christmas sweatshirt. Sounds like she can use it.”

Christina nodded enthusiastically. “You guys are the best. I’ll give her the mermaid sticker book she was drooling over.”

Three expectant faces turned toward Harriet, who gazed sourly back. Harriet was new to the wharf. She’d come from Connecticut, and one evening when they all went out together for drinks, she confessed she was there to find a wealthy husband. Her shop, Nantucket Couture, was a bit of a joke to those who lived on the island, since the island’s couture pretty much consisted of a bathing suit and flip-­flops. Still, people needed something for the summer parties, and Harriet made a killing then. This season she concentrated on clever gloves, shawls, and caps.

“I don’t carry merchandise for children,” she reminded them, shuddering delicately at the thought of the little savages. Harriet could get away with her attitude because she was gorgeous. Blunt-­cut blond hair brushed her shoulders, sea-­green eyes slanted like a cat’s, and her figure was exceedingly vavoom.

Christina admired Harriet’s looks, and some days she envied them; who wouldn’t? Still, Christina’s own abundant brown curls tumbled romantically down her back; she’d been told she resembled a Pre-­Raphaelite heroine. In college, she’d almost gotten engaged to a man she’d dated for a year, but at graduation they decided to go their separate ways. At twenty-­five, she’d dated a really good guy, Jamie Locke, but when he proposed to her, she turned him down, as nicely as she could. Christina believed in true love. She was holding out for what she privately called the Big Bang. If the universe could start that way, so could her married life. She wanted to meet The Man and know at once, with a kind of emotional explosion, that he was The One.

Harriet shifted on her chair. “All right. I’ll give her some money.” She reached into her Prada bag and pulled out a dollar bill. “Here, Christina.”

“Look, if I gave every pathetic kid a dollar, I’d be bankrupt,” Harriet argued.

“I’ll tell you what,” Christina said. “Give me another dollar. I’ll give you a discount on the mermaid sticker book and you can give her that.”

Harriet drew back in horror. “Well, I don’t want to see her!”

“You don’t have to interact with her,” Christina promised. “I’ll tell her it’s from you.”

“Whatever.” Harriet sighed, ferreting around in her bag for another dollar bill. 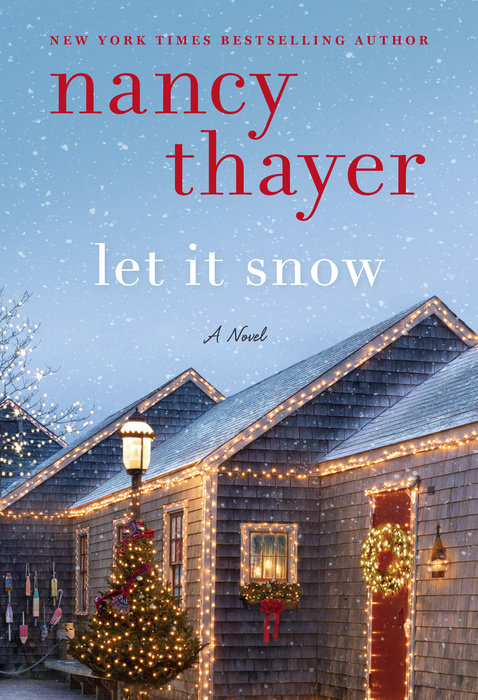