NEW YORK TIMES BESTSELLER • A Nantucket woman returns home to find that reunions aren’t always simple, in this heartwarming novel from the New York Times bestselling author of A Nantucket Wedding and Secrets in Summer.

“Fans of Elin Hilderbrand . . . should add Surfside Sisters to their beach bag.”—Booklist

Keely Green always dreamed of leaving the beautiful shores of Nantucket to become a writer. Now she’s a bestselling novelist living in New York City, attending glamorous cocktail parties and mingling with the literary elite. Keely is also dating a charming, perfectly fine pediatric surgeon who looks good on paper but isn’t “the one.” She just can’t bear to break it off—until he declares his desire to settle down. Then Keely’s editor rejects her latest novel. With her personal and professional lives suddenly in shambles, Keely longs for the soothing island way of life.

Growing up, Keely and her best friend, Isabelle, were inseparable. Nothing could come between them—except, as it turned out, Keely’s high school boyfriend, Tommy. Returning home would mean facing Isabelle’s bitter betrayal and seeing for herself the family Tommy and Isabelle have created, the life that might have been Keely’s.

But when Keely’s mother falls into a deep depression, Keely knows what she must do, even though she is reluctant to face her estranged friend. And encountering Isabelle’s older brother, Sebastian—Keely’s longtime crush—only complicates things.

In one incredible summer, Keely must confront the mistakes of the past if she has any chance of finding true happiness in the place she will always call home. Nancy Thayer shines yet again in this uplifting tale of forgiveness and self-discovery.

“Readers who appreciate a busy, uplifting tale of friendship and romance will enjoy spending time on Thayer's Nantucket.”—Publishers Weekly

“An engaging tale about how childhood expectations can be transformed on the journey through adulthood.”—Kirkus Reviews

An excerpt from Surfside Sisters

Two different kinds of people exist: Those who wade cautiously into the shallows and those who throw themselves headlong into the roaring surf.

At least, that was what Keely and Isabelle thought.

As girls, Keely and Isabelle preferred Surfside to Jetties or Steps Beach, even though that meant a longer bike ride to the water. Jetties Beach was mild and shallow, perfect for children, but Surfside had, well—­surf!—­often dramatically breathtaking surf leaping up and smashing down with a roar and an explosion of spray that caught the sunlight and blinded their eyes with rainbows. Their parents worried when they went to Surfside. People could get caught up by the power of the water and slammed mercilessly down onto the sand. People had their ankles broken, their arms. Once, a classmate of Keely’s had broken his neck, but they’d medevaced him to Boston and eventually he was good as new. He never returned to Surfside, though.

Keely couldn’t remember a time when Isabelle wasn’t her best friend. They met in preschool, linked up the first day, and went on like that for years. They were equally spirited and silly. They played childish pranks, using the landline to punch in a random number; if a woman answered, they whispered in what they considered sultry, sexy voices, “Tell your husband I miss him.” Usually they couldn’t keep from giggling before they disconnected. At ten, they smoked cigarettes at night in the backyard—­until they realized the nicotine only made them nauseous. Once, when they were eleven, they stole lipsticks from the pharmacy, which was really stupid, since they didn’t wear lipstick.

Isabelle lived in a huge marvelous old Victorian house in the middle of Nantucket. It had a wraparound porch and a small turret. Odd alcoves and crannies were tucked in beneath the stairs, both the formal, carpeted stairs from the front hall and the narrow, twisting back stairs from the kitchen. It was the perfect place for hide-­and-­seek, and on rainy days, they were allowed to rummage through old trunks and boxes in the attic, pulling on ancient dresses as soft as spiderwebs and floppy hats heavy with cloth flowers.

The Maxwell house was rambling and mysterious, a home out of storybooks, and for Keely, the amazing Maxwell family belonged there.

Isabelle’s father, Al Maxwell—­his full first name was Aloysius, which his children used when he reprimanded them—­“Yes, sir, Aloysius!”—­was a lawyer, a partner with the Nantucket firm Maxwell and Dunstan. Mr. Maxwell was larger than life, tall, broad, ruddy-­cheeked, and energetic. He didn’t talk, he bellowed. He didn’t drink, he gulped. He didn’t laugh, he roared. His wife, Donna, said the vertebrae of his spine spelled out EXTROVERT. When he arrived home after a day at the office, he threw off his jacket, loosened his tie, and strode out to the spacious backyard. He’d join a game of baseball or pick up Izzy or Keely, settle them on his shoulders, and chase the other children, bellowing that he was a wild and angry bull, all the time keeping tight hold on the legs of the child he carried.

Mrs. Maxwell was movie star beautiful. Tall, blond, and buxom, she was the careful parent, the watchful one. She seldom joined in their games, probably because she was busy cooking enormous meals for her family and baking cakes and pies that sold out at church and school fundraisers. She was the mother who volunteered as chaperone on all the school trips, who helped decorate the gym for special occasions, and when her son stomped into the house with most of the high school basketball team, she was ready with hearty snacks like taco bakes and pizzas. She did everything the perfect mom would do, and still remained, somehow, cool, restrained. At least it seemed she was that way toward Keely.

There were the two remarkable Maxwell children. The oldest was Sebastian, tall, lanky, blue-­eyed Sebastian. How he managed to be so handsome and so modest at the same time was always a curiosity to Keely. She thought that it must be because he grew up in a house where everyone was gorgeous, so it seemed as normal to him as breathing. He played most of the school sports—­baseball, basketball, soccer—­and he was on the swim team.

After Sebastian, two years younger, came Isabelle. Mr. Maxwell often bragged, “I hit it out of the park with her!” At which Mrs. Maxwell would respond, “Not by yourself, you didn’t.” Such casual remarks alluding to sex made the Maxwell parents urbane and superior in Keely’s eyes.

Isabelle was a beauty like her mother, only willowy instead of voluptuous. Unlike Sebastian, she was aware of the power of her looks, and she was a friendly girl, but deep down inside not really a team player. She liked secrets, liked sharing them with Keely and no one else. She liked plotting and disobeying and sneaking and hiding. She liked mischief. She was often in trouble with the school or her parents, but she was also almost genius smart, so she got good grades and she knew when to rein in her wild side.

The Maxwell house was always crowded with kids of all ages, playing Ping-­Pong in the basement, doing crafts at the dining room table while Donna baked cookies, or giggling in Isabelle’s room while trying on clothes. Fido, their slightly dense yellow Lab, roamed the house looking for dropped food. He always found something. Salt and Pepper, their long-­haired cats, gave the evil eye to any humans that tried to remove them from whatever soft nest they’d made, but if they were in the right mood, they’d accept gentle stroking and reward the human with a tranquilizing purr.

But she wouldn’t have traded her parents for anyone. Her father was a car mechanic who taught her how to change a tire and make window washer fluid. Her mother was a nurse who taught her how to use a butterfly bandage and stop a nosebleed. Mr. and Mrs. Green were well-­liked in the community, and they loved Keely with all their hearts. Her father taught her to surf cast and bodyboard. He showed her where the prickly pear cactus grew on Coatue and where the sweetest wild blueberries grew on the moors. He told her why the Red Sox and the Patriots were the best teams anywhere, ever. He gave her books by Jack London and Jules Verne so she wouldn’t read only what he called “girly books.” Her mother adored him. She made delicious jams and jellies from the fruits they picked. She dressed and grilled the fish they caught and brought home. When she could, she went with them in late autumn, during islander scalloping time. The three of them drove to Great Point in the winter to see all the seals, and the first “book” Keely wrote was about an orphaned seal adopted by a family just like hers. 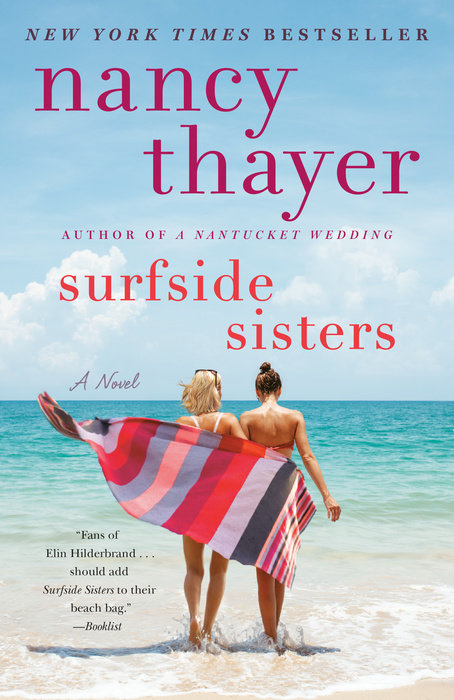