One life-changing summer on Nantucket brings about exhilarating revelations for a single mother and her two grown children in this sensational novel from New York Times bestselling author Nancy Thayer.

Lisa Hawley is perfectly satisfied living on her own. Having fully recovered from a brutal divorce nearly two decades earlier, she has successfully raised her kids, Juliet and Theo, seeing them off to college and beyond. As the owner of a popular boutique on Nantucket, she’s built a fulfilling life for herself on the island where she grew up. With her beloved house in desperate need of repair, Lisa calls on Mack Whitney, a friendly—and very handsome—local contractor and fellow single parent, to do the work. The two begin to grow close, and Lisa is stunned to realize that she might be willing to open up again after all . . . despite the fact that Mack is ten years her junior.

Juliet and Theo worry that Mack will only break their mother’s heart—and they can’t bear to see her hurt again. Both stuck in ruts of their own, they each hope that a summer on Nantucket will provide them with the clarity they’ve been searching for. When handsome entrepreneur Ryder Hastings moves to the island to expand his environmental nonprofit, Juliet, an MIT-educated web designer, feels an immediate attraction, one her rocky love life history pushes her to deny at first. Meanwhile, free spirit Theo finds his California bliss comes to a brutal halt when a surfing injury forces him back to the East Coast. Upon his return, he has eyes only for Mack’s daughter, Beth, to whom he is bound by an unspeakable tragedy from high school. Can they overcome their past?

As the season unfolds, a storm threatens to shatter the peace of the golden island, forcing Lisa, Juliet, and Theo to decide whether their summer romances are destined for something more profound. Nancy Thayer dazzles again in this delightful tale of family, a reminder that sometimes, finding our way back home can bring us unexpected gifts.

An excerpt from Girls of Summer

Remember, Lisa’s mother had often said, it’s good to know where you want to be, but sometimes you have to go in the opposite direction to get there. Lisa knew her mother was right because her mother was, as was her father, a high school teacher full of knowledge and experience. She also knew that when they had married, her mother had wanted to have five children and her father had wanted to be a novelist. Instead, they taught in the Nantucket high school and had only one child, the fortunate Lisa, but they said they were extremely happy throughout their lives. So maybe they didn’t get where they intended to go, but they ended up where they were meant to be.

Lisa thought about her mother’s words a lot. Her teachers always told her that she could make something of herself. She could be an astronaut or a doctor or the governor of the Commonwealth of Massachusetts!

Lisa politely thanked them but secretly wondered why she should do anything other than what she loved doing most: swimming at Surfside Beach in the summer, biking around the island in the fall and spring, and creating entire wardrobes of clothes for her many dolls during the winter.

Actually, she knew why she should do something else: to please her parents. Even if it wasn’t her fault—how could it possibly be her fault?—that they had no other children, that her father never wrote a novel, even so, she felt a powerful obligation to her parents, these people who had given her life, and that life had given her so much good fortune. They never pushed her, but she knew they expected and hoped for a lot from her. They gave her violin and piano lessons. Ice skating and swimming lessons. She mastered them, but she didn’t excel at any of them. She never brought home a gold medal for them to put on their mantel.

Still, Lisa made mostly A’s in her high school courses, and she volunteered for various island causes. She helped her mother clean house. She helped her father mow the lawn and rake the leaves and shovel the snow. She had lots of good friends, and two best friends, and she was never bored. Like her mother, she carried a book with her everywhere, in case she got stuck in a waiting room for the dentist or had to take the ferry to the mainland.

In high school, she had friends who were boys, but she never had a real boyfriend, which secretly worried her. Was she such a loser? It was true that she worked hard on her grades and spent a lot of time reading and sewing. After she graduated from high school, she learned that guys didn’t ask her out because her parents, those brilliant high school teachers, terrified them.

When it came time to apply to college, Lisa wanted to attend the Fashion Institute of Technology, but her parents refused to send her there. So Lisa went to Middlebury College in Vermont to major in business administration and to learn how to ski, because who knew? Maybe she’d be a star at skiing.

In the summer, she returned to the island to work, because she needed the money but also because she loved working in retail, especially in the clothing shops. She helped hang, fold, smooth, and carry glamorous dresses for the posh summer women. She never wanted to be one of those posh women. She wanted to be the owner of the shop.

In college, she finally dated, although not very seriously. During her freshman year, the guys seemed all about partying. They got drunk, did stupid pranks, and laughed like donkeys. Over the next few years, it got a little better. The guys she went with tended to be on the jocky side, muscular, often incredibly handsome, always nice. But something was missing. They weren’t, somehow, enough.

In late October of her senior year, Lisa went to a gathering with her girlfriends. The northern Vermont air was crisp, the mountains were blazing with crimson and gold, and she felt she was perched at the very edge of a new and exhilarating life. The party was held in an old Victorian house. The doors and windows were open, there was a bar in every room, and after downing a couple of beers with her friends, Lisa realized she hadn’t eaten since breakfast and she was getting slightly dizzy.

She wandered into the long hall, squeezed between groups of people, and found herself in an extremely large, ancient kitchen with so many roosters on the tiles, plates, dishtowels, and implements that she wondered if she’d had more to drink than she’d thought.

A British aristocrat stood before her, like a young Hugh Grant clone, complete with floppy hair, except this man’s was dark. He was wearing a collared shirt and a blue blazer, and she squinted at this.

“I had to go to dinner with my parents,” the man said, reading her mind.

He put an arm around her shoulders and gently guided her to a table piled high with cheeses, crackers, a gigantic sliced ham, and other mouthwatering goodies.

But now that she was near food, she couldn’t eat. She was more self-­conscious than she’d ever been in her life, and that was really not the way she’d ever been. This man was daunting.

He grinned. “Erich Hawley. Senior, majoring in economics. And skiing.”

“I’m Lisa, a senior majoring in business administration.” She smiled, tilting her head so that her glossy brown hair fell over her shoulder and down over her breast. Oh, wow, she thought. It had happened. She was flirting! “And I’m learning to ski, but I’m not a natural at it. I’m better at swimming. I live on Nantucket.”

Much later Lisa would learn that those simple four last words would cause a giant misunderstanding. Erich assumed that living on Nantucket meant Lisa was wealthy. And wealth was what Erich was all about.

If Erich had enchanted Lisa, she had enchanted him right back. She knew she had a pretty face and a good figure, not to mention that glossy dark hair falling over her shoulder, but that couldn’t explain why in that moment, in that crowded room in a rambling Victorian house at the northern reaches of the country, suave, cosmopolitan Erich Hawley chose her. Maybe it was her air of openness and naiveté, and she was naïve. Maybe it was sheer chemistry. Or maybe, and this was what she thought much later, it was fate, destiny, life’s secret plan to get Juliet and Theo onto the earth.

Erich leaned close to her, his lips brushing her ear. “I can hardly hear you in this mob scene. Let me take you out to dinner.”

“Thank you, but no. You just had dinner with your parents,” Lisa reminded him, and she saw the quick flash in his eyes that she would later learn was a sign that she’d said something that interested him. That she hadn’t jumped at the first opportunity to be with him. That she might possibly be a challenge.

She went to dinner with him.

As she got to know him, she was even more charmed. Erich’s parents were elegant multi­lingual Europeans with homes in Switzerland and Argentina. (Many of Erich’s clothes were bespoke, tailored in London, although Lisa knew that shouldn’t matter. But she did love his clothes.) Mr. Hawley worked for an important international Swiss bank with many initials. Erich was going to work there, too. This particular bank was an institution that helped fund improvement projects in less wealthy countries. In Lisa’s mind, Erich became a kind of modern-­day combination of King Arthur and Robin Hood. Very quickly she not only admired him, she adored him.

Erich had his own apartment, and for the rest of the year, Lisa more or less lived with him. She felt privileged to fix his dinner, clean his kitchen, do his laundry. Somehow she managed to keep her grades up, too, although she scarcely cared. For the first time in her life, she was happy to be Cinderella, and not until much later did she realize that Erich not only liked her in that role, but he had slowly, brilliantly, surreptitiously imposed that role upon her.

In April, Erich took her to New York to meet his parents, who had come up from their Washington, D.C. home on business. Lisa found them so terribly smooth and cultured that she became tongue-tied, probably because all three of the Hawleys would lapse into German or French when speaking with one another, and Lisa could hardly remember English in the glow of their brilliance.

But Erich’s parents liked Lisa, and in May, just before graduation, Lisa brought Erich home to meet her parents. Erich thought that Lisa’s family was the very model of old money, with their book-­filled historic Greek Revival house and ancient Range Rover.

That weekend on the island made Lisa’s adoration waver slightly. Erich was moving to D.C. when he graduated, and every so often, he’d casually suggested that Lisa might like to live there with him. In Vermont, Lisa knew she wanted to go with Erich. On Nantucket, she wasn’t so certain. It was as if she were one person on the island, and another person with Erich. She wasn’t sure where she wanted to end up with her life, and she didn’t know if Erich was the spot or a path in the opposite direction. 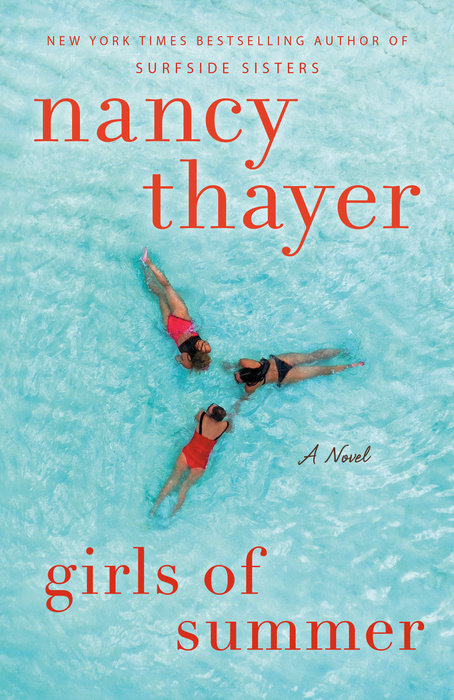