Mary Russell and Sherlock Holmes turn the Riviera upside down to crack their most captivating case yet in the New York Times bestselling series that Lee Child called “the most sustained feat of imagination in mystery fiction today.”

It’s summertime on the Riviera, and the Jazz Age has come to France’s once-sleepy beaches. From their music-filled terraces, American expatriates gaze along the coastline at the lights of Monte Carlo, where fortunes are won, lost, stolen, and sometimes hidden away. When Mary Russell and Sherlock Holmes arrive, they find their partnership pulled between youthful pleasures and old sins, hot sun and cool jazz, new affections and enduring loyalties.

Russell falls into easy friendship with an enthralling American couple, Sara and Gerald Murphy, whose golden life on the Riviera has begun to attract famous writers and artists—and some of the scoundrels linked with Monte Carlo’s underworld. The Murphy set will go on to inspire everyone from F. Scott Fitzgerald to Pablo Picasso, but in this summer of 1925, their importance for Russell lies in one of their circle’s recent additions: the Holmeses’ former housekeeper, Mrs. Hudson, who hasn’t been seen since she fled England under a cloud of false murder accusations.

When a beautiful young man is found dead in Mrs. Hudson’s front room, she becomes the prime suspect in yet another murder. Russell is certain of Mrs. Hudson’s innocence; Holmes is not. But the old woman’s colorful past has been a source of tension between them before, and now the dangerous players who control Monte Carlo’s gilded casinos may stop at nothing to keep the pair away from what Mrs. Hudson’s youthful history could bring to light.

The Riviera is a place where treasure can be false, where love can destroy, and where life, as Mary Russell and Sherlock Holmes will discover, can be cheap—even when it is made of solid gold.

An excerpt from Riviera Gold

Not that it didn’t meet my every anticipation. Venice proved every bit as colourful and warm and entertaining as one might wish, taking my memories of past times and piling on a myriad of piquant experiences that would continue to amuse, on into my old age. Venice had been Cole Porter and moonlit adventures, an island of mad women and a community of sun-maddened expatriates. The place had awakened in me a bizarre gusto for cabaret dances, harmless flirtations, and lethargy—all of which I would have sworn impossible mere weeks earlier.

Of course, the serene city on the lagoon was also, in this modern era of 1925, Mussolini’s Blackshirts and age-old corruption—threats that we had brought with us—and a startling revenge that Holmes and I could never have shaped on our own.

As I say: unexpected.

Had it not been for the Honourable Terrence Shields-McClintock, a new and almost instantaneous friend, I expect I would have stepped away from the society of Lido sun-worshippers without a thought, grateful to escape back into my normal world.

(Not that my normal world existed any more. Nothing awaited me in my Sussex home but solitude and the hum of beehives in the orchard. Holmes was off on some unlikely task—yes, that is The Holmes, Sherlock Holmes, my teacher-turned-partner-then-husband—while our housekeeper, Mrs Hudson, the very heart of the home, was . . . Oh, Mrs Hudson. Beloved and comforting presence, gone away, perhaps forever.)

As we lounged on the Venice Lido one day in early July, the Hon Terry had interrupted these sad and pointless thoughts. “You need to come sailing with us. Truly.”

I adjusted my sun-hat against the rays. “Terry, I’ve spent the past two weeks in a series of increasingly odd watery excursions, from gondolas to speed-boats—”

“—borrowed speed-boats to—God help me—skis on top of water. If I don’t go back to the mainland soon, what form of transport might be next? Saddling a gargantuan sea-horse? Donning artificial gills? In any event, why would anyone revert to an outmoded form of transport that takes weeks to arrive at a place one can reach by train in a day?”

“Because you’ll never get the chance again, not on a sweet boat like the Stella Maris.”

“I’ll probably never get the chance to enjoy frostbite on Everest or being eaten alive by dingoes in the outback, either. Yet somehow I manage to live with the knowledge.”

“She’s a stunning piece of work, is the Stella. Far too good for her owner.”

“Who is going as well.” I’d met the man. Digby Bertram Wellington-Johnes (“Call me DB—all the gels do!”) was such a stage version of English Colonel, from hearty laugh to veined nose to long-out-of-date slang, that I kept waiting for him to give himself away by a wink. The most interesting thing about him was why on earth he’d decided to buy a sailboat rather than a country house with a hunt nearby. A story he’d started twice in my presence and had never got to the end of.

“A smidge? The man makes a dishrag seem exciting.”

“Well, yes. But there’ll be great food. And you do like the others, and the Italian coastline is just smashing, and there’s loads of interestin’ ports along the way.”

“So we’ll put you up at the prow. Or you can work the rigging, that’ll take your stomach’s mind off things.”

“Crews never let guests do any of the actual work.”

“This crew does—I know the Captain, he’s happy to shout orders at anyone.”

“Really?” Hard, mindless labour did sound more appealing than watching waves go past. (Or listening to an empty house creak and settle.)

“I posalutely guarantee it. And when we get there, you’ll be just shockingly fit and brown, so burstin’ with human kindness that you could lose it all in Monte and just smile as the croupier hauls away all your lovely lolly. That’s the voice of experience, don’t you know?”

One key word in the deluge reached out and tugged at my ear. “Did you say Monte? As in Monte Carlo?”

“Didn’t I say? We’re headed for the Riviera.”

“Well, we are—or DB is, at any rate. And yes, it’s the very same Monte. Den of iniquity, the principality of pauperdom, city of suicides. Then again, it’s also where Diaghilev’s Ballets Russes has set up. And the Princess Charlotte’s a charming girl.”

“Heir to the throne? She and her husband run the place while her father the Prince is off in France. They’ve got the bit in their teeth, going to bring Monaco into the modern age.”

“You don’t say.” For a man whose intellectual achievements consisted of memorised poetry, the Hon Terry could be remarkably perceptive when it came to people. Something in my response betrayed my weakening, and he was on it in a flash. “Aha—Monte Carlo, so Mrs Russell has a secret vice! Do we have to keep you from the tables?”

“I doubt it. I’ve never seen the appeal in setting fire to a lot of banknotes. No, it’s that I have a . . . friend, who may be living there.”

“Oh jolly good! Any friend of yours is bound to be a ripping gal. She is a gal?”

He might have been a spaniel begging for a thrown stick. Still, I had to admit it was tempting. As he’d said, how often does one meet the opportunity to circumnavigate Italy on a spectacularly lovely sailing yacht? The dullness of our stage-colonel host would be counteracted by the surprisingly amiable company of the Hon Terry and his friends. And if the weather turned, if the company palled, if seasickness, rich food, or the steady diet of lotos gave me indigestion, there would be any number of ports along the way that would provide an escape home.

“Oh, all—” He did not let me finish, merely shouted in glee and threw his arms around me, so impetuous a gesture that it brought with it a flash of my long-dead brother.

And so I had said good-bye to my husband and set off on the Stella Maris with the Hon Terry and friends; twenty- two days of education in the subtle interactions of canvas and rope, tide chart and compass. I spent my days learning the language of wind in the sails and water in the seas, while scrambling to carry out orders. I spent my nights shovelling down huge servings of delicious food, then falling into my bunk to sleep like the dead. My hands blistered and went hard, my skin burned and went brown, while I learned about pulling in partnership, the proper way to throw my weight around, and just how deadly a gust of wind could be. When we were under sail, I was never entirely free of seasickness, but I did find that when I was busy enough, or exhausted enough, I could ignore it.

One night when we were halfway up the Tyrrhenian, with Sicily behind us and the outline of Sardinia yet to appear, it came to me that I had been quietly learning other lessons as well, from this man with no more intellect than a retriever. The Hon Terry was teaching me about friendship.

I had no family, other than the one I had made through Holmes. My few friends were from University, since I’d somehow never found the time to create more. But on board the Stella Maris, distracted by aching muscles and thirst and hunger, the bursts of shared laughter and effortless camaraderie opened my heart.

In turn, I found I was ever more impatient for the end of the voyage—or rather, for the person I hoped to find there. 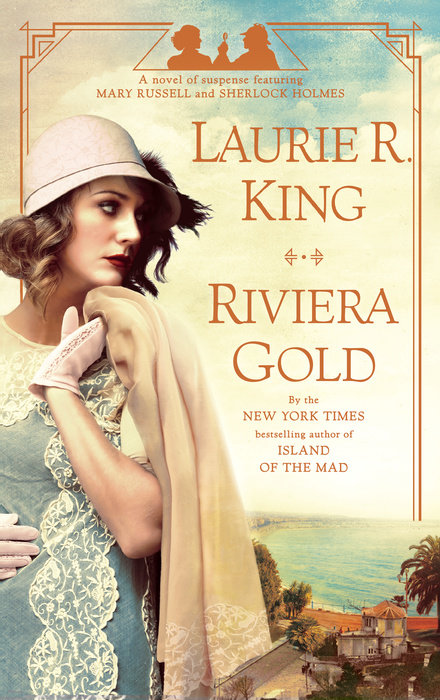