Her: Unstoppable, workaholic, driven force of nature. Him: The exact opposite of that.

Phebe Stark needs a punching bag. No, on second thought, she needs a donut. No, on third thought, she needs to escape into a dark bar with a strong drink. She’s just been harassed, for the umpteenth time, by the slimy supervisor standing between her and a shattered glass ceiling at her high-pressure Atlanta firm. But then a tall, bearded, sexy lumberjack of a bartender saunters over, and suddenly Phebe knows she doesn’t need gin . . . she needs him.

Brody Cantrell didn’t exactly intend to become a bartender. He planned to help out at his ailing uncle’s bar for a year, then get an advanced degree and rise to the top of his field. Instead, he got a Ph.D. in Real Life from his customers. Brody thinks he’s seen everything—until he meets Phebe Stark. And when he gets a load of her fearless sexting skills, he just has to see what’s under that power suit. Brody’s certain they’ll have a good time or two—nothing serious. Then again, all these steamy messages and breathless trysts have him seriously considering . . . Why not?

An excerpt from Let's Talk About Sext

A low feminine growl stopped Brody Cantrell cold. Rubber hose in hand, feet planted on cement, he felt his spine bristle against the verbal assault he assumed would follow such a warning. Slowly, his uncaffeinated brain chugged to life and his muscles tensed. Until now, he’d been alone on the early morning sidewalk, cleaning the bar front of spilled booze and cigarette butts. Carefully guiding the murky runoff into a nearby street drain specifically intended for such things.
So really, what the hell? he thought to himself. The morning had been blissfully peaceful so far and he was perfectly within his right to clean the damn sidewalk in front of his building. Hose still in hand, he spun on his boot heel, ready to shoot a “What the heck?” right back at the she-tiger who was apparently ready to pounce on him.

Until she stopped him cold. Again.

“Seriously?” Her next word was more of a mumble, uttered through gritted teeth. A horrible attempt at anger management, if Brody was reading her right. Standing in profile several yards away, she closed her eyes, gripped her phone tightly in one hand, and tossed the bags she held in her other onto the wet cement. “What. The. What?” Each new word grew more pronounced than the last. When the woman opened her eyes and refocused on the phone held in white knuckles instead of him, Brody realized the assault wasn’t coming his way at all. Judging by the flex and release of her jaw muscle, that was a good thing. She was a tiger preparing to pounce and he wasn’t ready to be anybody’s prey. It was way too early for that.

He had work to do. Other people’s problems weren’t his until they poured across his bar top like the liquor they sought to solve them. She might be on the sidewalk outside his bar, but she was clearly in no need of the liquid amnesia he sold. Nope, from the looks of her, she could handle her shit just fine.

Back and forth. Back and forth. The methodic movement of the water hose helped ease Brody’s fight-or-flight response back to normal. The spray hit the sidewalk, sending a fine mist over his face. He wiped it on a shoulder and inhaled deeply out of habit. Homelessness, industrial hustle, and soured hops—the distinctively downtown Atlanta smells that filled his mornings. While some might find it offensive, it only settled Brody further. Familiarity always did.

At the end of his block, the first rays of sunshine peeked around a cement monster of a building in licking flames of gold and pink. It would be noon before the sun was high enough in the sky to eclipse the headquarters of Burton Holiday Inc., a commercial real estate developer hell-bent on “gentrifying” Brody’s sleepy little corner of the city. The small building that housed The Twenty-One Guns Saloon was the last old man standing in the area. The only building that hadn’t been razed in the name of progress. Not that they hadn’t tried. Burton Holiday, it seemed, didn’t see merit in familiarity the way Brody did.

Brody grabbed his coffee cup from the bar’s windowsill and took another sip as he continued to clean. Traffic was increasing, along with the number of people on the sidewalk. Best to get the job done before foot traffic got too heavy and he risked accidentally spraying down one of the conservative suits headed into the cubicle farm down the block.

Or the woman who still lingered on the sidewalk, phone in hand, her state of rage growing and making her oblivious to his presence. She hadn’t looked his way. Not once. Like whatever she saw on her phone gave her tunnel vision. It made Brody wonder what could be awful enough to ruin such a perfect morning. It wasn’t even eight o’clock. The city was barely awake. Yet she was nearing meltdown mode. Anger like hers was that palpable.

He was almost finished cleaning, almost ready to give the morning’s peace over to the city’s hustle when the woman stopped him cold. Again.

“I don’t give a crap, Josh. You promised—you signed a contract—you agreed to have the plans on my desk by close of business Friday. It’s Monday. I have a meeting with the Zoning Department tomorrow and nothing to show them but a kindergarten sketch on a cocktail napkin. You tell me how the heck you think that’s going to go over.”

Brody’s head whipped in the direction of the one-sided conversation so quickly his neck muscles locked. The edge of his mouth twitched, unsure if he should be amused or disturbed. Taking her in more fully when she turned toward him, amusement won out and he tucked his body into the door alcove to watch the fireworks her reproach promised.

It wasn’t unusual to hear harsh words on the sidewalks of Atlanta. But hearing that kind of sailor talk tinged with a woman’s distinctively southern drawl—a woman who obviously gave zero shits about using such language in public, no less—was one of the more amusing things he’d heard lately. And he heard a lot across his bar top.

She was a tiny thing with dangerous curve appeal. Blond hair flowing over her shoulders, a few strands blowing in a gentle morning breeze. Something he found oddly alluring, and she obviously found annoying, given the way she shoved it behind her ear with her free hand. Dressed in a well-tailored gray suit and heels as tall as the BHI building behind her, one he assumed she belonged in, Brody couldn’t help but stare. God, she had nice legs, but given the sheer grit darkening her face, he was certain she was the absolute last woman in the world who would appreciate such a compliment. Because while she looked as sweet as peach iced tea, she carried herself in that distinct don’t-mess-with-me manner big city women often do. A phone jammed to one ear, she punched a hand wildly in the air like it somehow eased the anger flowing through her.

“No.” Her hand splayed into a stop sign and then perched on her hip. “I’m doing you the favor here. You’re the one who begged for a chance to play big-boy ball. I went out on a limb. I gave you that chance. And if you can’t meet a simple deadline—one clearly spelled out in a damn contract—you should’ve never picked up that bat, buddy. You are not a proven commodity. I am. My projects always happen. On time . . .” It was at that point in the conversation that the woman’s head snapped over her shoulder like a bullwhip.

Brody sank closer to the door, fearing he was about to be discovered. Holding his breath, he followed her gaze as it passed over him and landed instead on a young woman who had joined them on the sidewalk. One who juggled a diaper bag, a briefcase, and an infant in a car seat. Dressed in a suit as well, the young mother struggled to catch the handle on the back door of an SUV that had pulled to a stop several yards from where Brody stood. Had he not been so engrossed by the scene playing out before him he might have noticed the woman needing assistance.

Before he could move to help her, the ballsy blonde strode over to the car and reached for the door. She held the phone to her shoulder, halfway muting the new interaction.

What happened next made Brody take a step closer just to be certain he was seeing what he actually saw. As if some internal switch flipped inside her, she offered the young mother a smile as genuine as the sun breaking over the buildings and held the door open. Once she was sure the mother and child were handled, she took one step farther up the sidewalk and knocked gently on the front passenger window.

It was soft, gentle almost, and the blonde cleared her throat to speak. A man sat in the driver’s seat. On a phone call himself. Once she had his attention, he merely raised his eyebrows in a question mark—didn’t even bother pausing his own call or rolling down the window. Her eyes flared. She looked incredulously from him to the woman and child that he presumably shared some sort of relationship with, and then back again. She gave an exaggerated shrug and waved an accusing hand in his direction, implying he was beyond ridiculous for such inattention. After all this, she fixed him with a shameful glare and mouthed one word—Really?

Obviously, in her mind, helping a sister out took priority over phone calls. A sentiment the driver didn’t seem to share. Instead, the guy turned back to his call, looking out the other window to avoid the blonde’s dagger-eyed glare, which could have ripped holes right through him. The mother said her thank-you and slipped into the car.

The blonde simply shook her head, mouthed another word—asshole if Brody’s lip-reading was up to par—and stepped back onto the sidewalk as the SUV pulled off.

Again, a switch flipped, and she was right back in beast-mode.

“One day, Josh. You’ve got one damn day. If the plans aren’t on my desk in twenty-four hours, consider yourself in breach of contract and our attorneys will be in contact.” With that she ended the call, threw the phone in her bag, took a deep breath, closed her eyes, and started off down the street toward the Burton Holiday cement behemoth.

Brody stood in The Twenty-One Guns doorway, hose in one hand, coffee in the other, frozen and half-hoping she did discover him. A full-on smile now twisted his lips, one encouraged by growing admiration for the woman. As he watched those beautiful legs of hers walk away, all Brody Cantrell could think was—Good god, what a tiger. 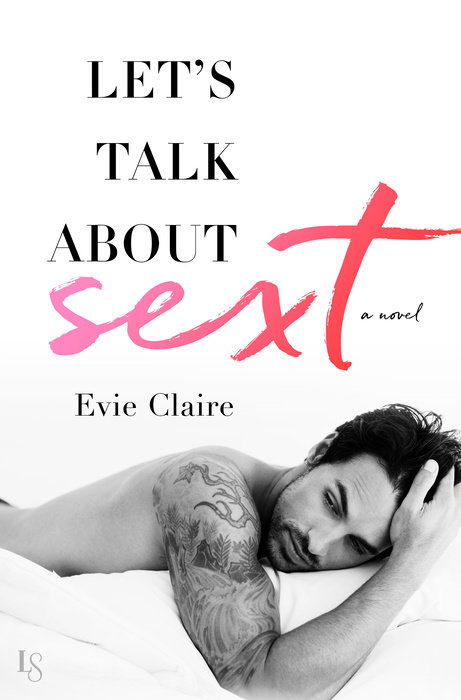