Hot for teacher: A shy librarian has to study up when she meets the experienced professor who has her number.

Professor Maxwell Radclyffe is no stranger to great sex. As Talmadge University’s human sexualities professor, he’s intimately familiar with the carnal desires that drive . . . well, everyone. So of course it makes him crazy that the university’s new and seductively demure librarian is strictly off limits. Stressed to the max and needing a little release, he casually sends a steamy message to a former hookup who prefers no-strings-attached fun, too. Or so he thinks. . . .

As Talmadge University’s newest librarian, Talia King is ready to turn the page and start another chapter in her life. But her meetings with Professor Radclyffe, her faculty mentor, over a university fundraiser leave her fantasizing about him in ways she never expected—dreaming about his piercing green eyes, wondering if he’s as knowledgeable in the bedroom as his PhD suggests. When she gets a sext from an unknown number, she wants to try something wild for once. But when she realizes who’s on the other end, she may just have to put her heart on the line. . . .

Evie Claire’s red-hot romances can be enjoyed together or separately:
LET’S TALK ABOUT SEXT • I WANNA SEXT YOU UP • SEXT WITH ME

An excerpt from Sext with Me

Eye contact. Chin level with the floor. Back straight. Shoulders down. Hands folded in lap. Knees together. Ankles crossed and placed to one side. That’s how Kate does it. Diana probably did, too. It’s the duchess slant. A pose so powerful it could make a potbellied pig look polished.

Seated across from her new boss, in a newly thrifted pencil skirt and vintage silk blouse, sophisticated was all Talia King wanted to be. Not the inexperienced undergrad she had been a month ago on this very campus. A woman. With a real job, a real title, unlimited possibilities . . . and an egg’s width between her spine and the chair’s back.

Fake it till you make it, right?

The worn-out bookbag that served her well for years was gone. In its place, a sleek yet sensible leather tote bag—one that had a blossom print blooming over the silk lining. Her long, ultraviolet hair was now a smart bob and lightened to a shade that was nearly blond. And the clever kitten heels she’d swooned over at Mama T’s Thriftique . . . well, those still needed some getting used to.

“Mrs. King, can I get you anything?” President Harlow motioned to the small beverage bar beside his desk.

“Oh, um, it’s Miss King, and—” She paused. Shit. She shouldn’t correct the college president within the first five seconds of meeting him. Mrs.? Miss? What did it matter? “Water would be great.” She smiled and cleared her throat, pressing her thumb against the back of a single pearl earring that didn’t need tightening.

President Harlow placed a bottle of water and a glass emblazoned with the Talmadge College crest in front of her. Was she supposed to use it? Was it a faux pas to drink directly from a bottle in higher education? Were straws acceptable? What about ice? Oh, if only she had someone to advise her about these things. Talia was extremely teachable—an honor grad, even. And Gran was wonderful, but she’d certainly never had a meeting with a president. Talia left the earring back alone and poured the water.

“I’m excited to see what you’re going to do with the library’s Special Collections Room. Mrs. McTavish tells me we are lucky you decided to join our faculty after graduation.” Okay, so maybe he wasn’t that intimidating.

“Mrs. McTavish has been wonderful to me the four years I’ve interned for her. When this job opportunity presented itself, it seemed like fate. Books are my life.” Talia giggled, made an awkward hand gesture, and then froze. Her gaze hit the floor. Giggles were not professional. Damn nerves. “I’m so excited to join her team and become a part of the faculty.”

“You graduated with last year’s class?” President Harlow lifted his glasses to study the paper before him. Her résumé formatting was instantly recognizable. “Hmm . . . Phi Beta Kappa, too. Good for you.” He continued scanning.

“Yes, and no. I finished during summer semester because I had to take time off to work. Tuition isn’t free.”

Harlow stopped scanning and looked up. His eyes narrowed, then softened, and finally he started nodding. No doubt her buttoned-up appearance hid the truth of her beginnings. Some students on the private college’s campus didn’t have a clue what their parents paid for an education. Talia knew and had earned every penny of hers. She was proud of that.

“No, it’s not. And good for you. That shows a level of determination that fewer students have these days. Talmadge is very lucky you decided to stay.” Harlow pushed back in his chair, folding his hands in his lap.

“Is Georgia home for you?”

“Yes, I grew up just a few miles away. My entire life has been spent right here on the outskirts of Atlanta. Twenty-three years in a twenty-mile radius.” It was meant to imply she was a local, practically part of Talmadge culture already. Only when it came out, it also sounded sad. Atlanta was huge, nearly six million people by some counts. Yet she’d never made it past the borders. She’d never had the cash. But life was changing. And so were her limits.

“Familiar with the area and the school. Good for you. I hope that doesn’t mean you won’t take part in our faculty mentorship program. There’s a lot to learn about the procedures and overall culture working here. It’s a much easier maze to traverse with an experienced faculty member to guide you.”

“Of course!” Talia said with more excitement than was necessary. “How do I sign up?” She pushed her hair from her face and reached for a notepad and pen. “Just let my assistant know when you’re leaving. We’ll pair you with someone and they’ll reach out to you.”

“Thank you for stopping by, Talia. I always like to meet new team members one on one. Talmadge is a small family and we like to take care of our people. If there is ever anything I can do, my door is open.” President Harlow rose from behind his desk and extended a hand.

Talia took her cue. Gathering her bag in her left, she offered her right hand and shook his—strongly, solidly, and with eye contact. Totally duchessy adulting.

Before she knew it, the meeting she had agonized over was over. And she felt a little naïve for having made such a big deal about it.

Stepping over the office threshold into a small vestibule and closing the door behind her, she closed her eyes, leaned her shoulders against the wood, and breathed a sigh of relief.

“Thank you,” she mumbled under her breath to whatever higher power that might be listening. With that off her to-do list, the day’s load had lightened by about a thousand pounds. The enormity of her relief made her wonder why she was always so desperate for approval. Existential questions were becoming a bigger part of her life. Why, why, and more why?

She had the job. She certainly had the chance to prove herself. President Harlow wasn’t keeping a daily tally on her. She was a librarian, not a professor. Books were her job, not molding the minds of impressionable youth. But still, she cared what he thought of her.

“Excuse me?” A friendly face popped around a column to her right. Bright white hair cut into a pixie style framed soft brown eyes and an angular face. She was spritely but sharp. With her mouth pursed into a small pucker and her eyes gleaming, her appearance pulled Talia’s back off the door.

“Oh.” Talia snapped out of it. “First-meeting-with-the-big-guy jitters.” Talia shrugged and bit her lip sheepishly.

“How’d it go?” The lady asked, nodding like she already knew and waving Talia out of the little alcove.

“I’m sure you did just fine.” Back on the business side of her desk, the lady took a business card from a drawer. “Here, I’m Lorena. You call me if you need anything. And I do mean anything. That’s my cell.” The assistant pointed to the second number and pressed the card into Talia’s hand with both of hers. Her grip was as warm as her smile.

“Thank you. I need to sign up for the faculty mentorship program. Can you help me with that?” Talia took a seat in the chair opposite. “Is there a form or something?”

“No, no form. We’ve decided to shake things up a little bit this year.” Lorena wiggled her shoulders, causing Talia to snicker. On this side of the door, her giggle didn’t feel childish. “We’re going to hold a random drawing, that way there’s more . . . cross-pollination among the faculty.”

“Sounds fun. I had assumed Mrs. McTavish would tuck me under her wing, but who knows?” Talia shook her shoulders the same way Lorena had. She liked the woman and made a mental note to reach out later in the week to thank her for her help.

“Who knows?” Lorena repeated, smiling and winking like it was some grand secret. It was names in a hat. But Talia could play along. Shaking things up rarely happened at an established institution like Talmadge.

“Well, thank you. Have a good day.” Talia stood, still smiling, as the assistant continued to shoulder dance and make notes. Lorena’s energy was nice—much livelier than coworkers who had perfected the art of sneezing silently and couldn’t wait to teach her, too. It was an accomplishment. A boring one. But a source of pride in its own special way.

Turning, she slid the business card into her bag and went for the door. Only to take one step and crash headfirst into a hard, warm body that smelled like Earl Grey and leather.

“Oh”—an unfamiliar voice paused—“there you are.” His mouth was right at her ear, and when he let out a throaty chuckle, it wafted over her cheek. The hint of laughter burned her ears, not because she was being laughed at but because the tone was so carefree—the antithesis of everything she’d felt for the past half hour. Two hands pressed into her upper arms to steady and carefully rebalance her. “You found your feet?” he asked, dipping his head to catch her gaze.

Swinging her hair out of her face, she looked up and stepped away. 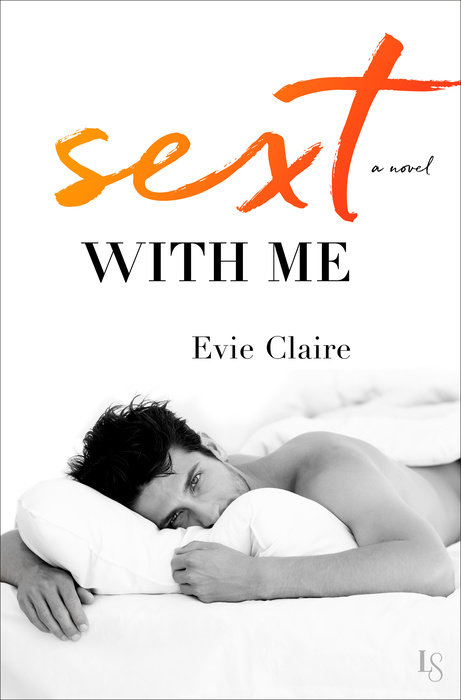