The Arizona Vengeance are developing a reputation on the ice as one of hockey’s top teams. But one player’s reputation off the ice might just keep him from scoring. . . .

I’m having the time of my life with my new brothers on the Arizona Vengeance. We may be an expansion team, but after notching some big wins, the entire league knows to watch out for Erik Dahlbeck. That’s me.

The only person who doesn’t seem to think I’m so great? Blue Gardner, the hot-as-f*** flight attendant on our team plane. I sure wouldn’t mind joining the mile-high club with her, but besides bringing me lukewarm coffee, she won’t give me the time of day. Whatever I did to rub Blue the wrong way, my teammates think it’s hilarious. After all, we’re used to women flocking to us. #puckbunnies

When I run into Blue back on land, I’m shocked to learn how she spends her time off: taking care of her handicapped brother. There are layers to this girl I never imagined, layers I can’t wait to peel away. And that’s a new feeling for me.

But first I’ve got to find a way to melt that ice-cold stare. Because as much as I try to pretend I don’t care what Blue thinks of me, how can you not care when you’re falling for someone?

“You don’t have to like sports to love these books! Erik is my new book boyfriend. Find your next hockey hero in Sawyer Bennett’s Arizona Vengeance series.”—New York Times bestselling author Jill Shalvis

“Sawyer Bennett is my go-to author for sass and smart hockey stories.”—Kate Meader, USA Today bestselling author of the Laws of Attraction series

And the Sugar Bowl series is one treat you’ll want to read in order:
SUGAR DADDY
SUGAR RUSH
SUGAR FREE

An excerpt from Erik

Gotta love the weather here in Phoenix. Blue skies, eighty degrees, and a few white, fluffy clouds that will sometimes give you respite with cooling shade as they roll across the sky.

Dax and I stroll along behind Brooke and Bishop, who honest to God are so into each other I’m surprised their souls haven’t melded or something. Ever since he brought her back from New York just a week ago, they’ve been attached to each other every damn day. They returned to Phoenix to enjoy a week with only two home games and plenty of time in between for whatever bit of making up they had to do.

Although I’m not quite sure they were ever broken up. Didn’t seem that way. Bishop had texted me that Brooke went to New York to get her head back on straight and that he was going to help it along.

So he went there, screwed it back on apparently, and now they’re back.

When they asked me today if I wanted to go to the harvest festival over in Scottsdale, I thought why the heck not? It’s not like I had anything better to do with myself.

The festival is set up along the canal with various vendors selling crafts, spicy food, and pitchers of margaritas. There’s live music, salsa dancing, and a host of kids activities going on. After the sun sets and it goes from eighty degrees to an awesome sixty-five, the bars and restaurants with outdoor seating will be packed. The trees will be lit in blue or white lights, and it’s a popular place for couples to come and hang out.

Dax, Legend, and I have come down here a few times and hit a couple of really great bars.

Brooke and Bishop veer right and head toward a booth that’s got handmade copper wind chimes. Dax and I mosey over as well.

“These are so pretty,” Brooke says, her fingers lightly trailing down one. The sound it produces is really nice.

“I’ll buy you one,” Bishop says, pulling his wallet out.

“No,” she says with a laugh, putting her hand on his arm and pushing it back toward his pocket. “I don’t need you to buy every single thing I say is pretty. Just because I say it’s pretty doesn’t mean I want it.”

Bishop leans over and nuzzles her neck, whispers something in her ear. Her face blushes a pretty pink and she swats at him, casting a furtive glance around him at Dax and me to see if we just heard what he said.

We didn’t, but I can guess it was something really, really dirty.

“I’m going to get another margarita,” Dax says to me while throwing a thumb toward Brooke and Bishop. “The Cleavers over there making moon eyes over each other are starting to get on my nerves.”

“I’m hungry too,” I say in agreement as we look around for the nearest food and alcohol vendor. We spot a place down a ways and I call back to the lovebirds. “We’ll be down there drinking when you’re done.”

Bishop waves in acknowledgment and we take off.

“Glad those two worked things out,” Dax observes as we plod along. “But they probably want some alone time, don’t you think?”

“Yeah,” I say. “And I don’t want to look at that arts and craft shit. I came for the food and liquor.”

“Except Bishop,” I say with a snort. “He’s turned into a pussy.”

“And Legend,” Dax adds, which makes me guffaw.

Legend declined coming with us today because he’s doing some work on his house he’d bought. He took the plunge into home ownership very seriously and he’s been spending all of his free time painting, staining, refinishing, and refurbishing shit around his new place.

Up ahead is a stage and it looks like a new band is getting ready to start. A smallish dance floor has been cordoned off in front of it where earlier we watched some salsa dancers. The music starts as we put our orders in for huevos rancheros with spicy chorizo that are served on paper plates and margaritas in tall plastic cups.

We step off to the side, snag a high table, and listen for a while as we eat. The band is playing good ol’ classic country music, which is so not my thing, and I don’t recognize a single song so far. Apparently, though, the music is enough to entice people out onto the dance floor, and soon enough couples are two-stepping around in a counterclockwise circle.

“What do you want to do tonight?” Dax asks. I feel for him a bit. Bishop is his best friend and roommate, but Dax has been hanging with me since Brooke entered the picture. Now he regularly spends time with Legend and me on our nights off.

“The Sneaky Saguaro?” I suggest. It’s become our go-to hangout.

“Sounds good,” he says, and then gives a mock shudder. “But I’m always afraid that crazy bitch will show up.”

He’s talking about Nanette, of course. She’s become quite the menace to our team recently, and I’m eternally grateful that I never hooked up with her. Dax hasn’t said much about the few times he screwed her, but I take that to mean she wasn’t that great. Usually forward women like that are a lot of talk and are pretty much boring as shit in bed.

Still, regardless if I srewed her or not, that bitch still named me in a bogus sexual harassment lawsuit, so she better not show up. No telling what I’d do to her.

“Hey, Erik,” Dax says looking at something over my shoulder. “Isn’t that Blue? The flight attendant?”

I whip around so fast I knock my margarita off the table and it goes flying into some low bushes. My eyes scan the crowd for her golden yellow hair and sexy-as-shit body.

Dax laughs and says, “God, you have it bad for her.”

I so do, although I haven’t admitted that out loud to anyone. The fact she won’t give me the time of day makes her infinitely hotter to me for some reason.

Pure and simple, she’s become a challenge to me, because I’ve yet to meet a woman I want who hasn’t at some point yielded. I figure she’s playing hard to get, and I very much enjoy the chase.

Finally I see her through the crowd. She’s walking slightly bent over, perhaps carrying something heavy with both arms. For the life of me I can’t figure out what, and then the sea of people parts and I see her clearly.

She’s bent slightly because she’s pushing a wheelchair. In it is a young man, and although I couldn’t begin to guess his age, he’s definitely an adult. Then I notice a few other people in wheelchairs, each with someone pushing them. None of the people in the chairs are children, though. There are also a few adults that are ambulating with assistive devices like walkers or hand crutches.

“Think she works for a group home or something?” Dax asks, indicating that he sees what I see.

“No clue,” I tell him. “Maybe she volunteers there or something. I figure she has to make pretty good bank working on the team plane.”

Since the release of her debut contemporary romance novel, Sawyer Bennett has written more than thirty books and been featured on both the New York Times and USA Today bestseller lists on multiple occasions. A reformed trial lawyer from North Carolina, Bennett uses real-life experience to create relatable, sexy stories that appeal to a wide array of readers. From new adult to contemporary romance, she writes something for just about everyone. Bennett likes her Bloody Marys strong, her martinis dirty, and her heroes a combination of the two. When not bringing fictional romance to life, Bennett is a chauffeur, stylist, chef, maid, and personal assistant to a very active toddler, as well as full-time servant to two adorably naughty dogs. She believes in the good of others, and that a bad day can be cured with a great workout, cake, or a combination of the two. 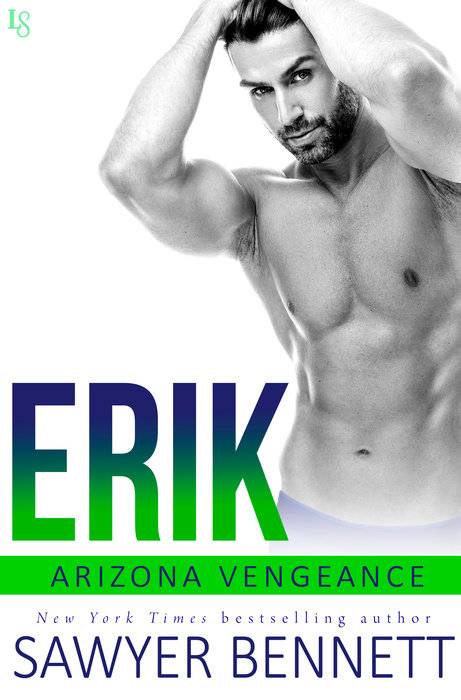