An enduring account of joy and sorrow from one of the great writers of our time, The New Yorker’s Kathryn Schulz, winner of the Pulitzer Prize

“Our lives do indeed deserve and reward the kind of honest, gentle, brilliant scrutiny Schulz brings to bear on her own life. The book is profound and beautiful.”—Marilynne Robinson, author of Housekeeping and Gilead

Eighteen months before Kathryn Schulz’s beloved father died, she met the woman she would marry. In Lost & Found, she weaves the stories of those relationships into a brilliant exploration of how all our lives are shaped by loss and discovery—from the maddening disappearance of everyday objects to the sweeping devastations of war, pandemic, and natural disaster; from finding new planets to falling in love.

Three very different American families form the heart of Lost & Found: the one that made Schulz’s father, a charming, brilliant, absentminded Jewish refugee; the one that made her partner, an equally brilliant farmer’s daughter and devout Christian; and the one she herself makes through marriage. But Schulz is also attentive to other, more universal kinds of conjunction: how private happiness can coexist with global catastrophe, how we get irritated with those we adore, how love and loss are themselves unavoidably inseparable. The resulting book is part memoir, part guidebook to living in a world that is simultaneously full of wonder and joy and wretchedness and suffering—a world that always demands both our gratitude and our grief.

A staff writer at The New Yorker and winner of the Pulitzer Prize, Kathryn Schulz writes with curiosity, tenderness, erudition, and wit about our finite yet infinitely complicated lives. Crafted with the emotional clarity of C. S. Lewis and the intellectual force of Susan Sontag, Lost & Found is an uncommon book about common experiences.

An excerpt from Lost & Found

I have always disliked euphemisms for dying. “Passed away,” “gone home,” “no longer with us,” “departed”: although language like this is well-intentioned, it has never brought me any solace. In the name of tact, it turns away from death’s shocking bluntness; in the name of comfort, it chooses the safe and familiar over the beautiful or evocative. To me, all this feels evasive, like a verbal averting of the eyes. But death is so impossible to avoid—that is the basic, bedrock fact of it—that trying to talk around it seems misguided. As the poet Robert Lowell wrote, “Why not say what happened?”

Yet there is one exception to this preference of mine. “I lost my father”: he had barely been dead ten days when I first heard myself use that expression. I was home again by then, after the long unmoored weeks by his side in the hospital, after the death, after the memorial service, thrust back into a life that looked exactly as it had before I left, orderly and daylit, its mundane obligations rendered exhausting by grief. My phone was lodged between my shoulder and my chin. While my father had been in a cardiac unit and then an intensive care unit and then in hospice care, dying, I had received a series of automated messages from the magazine where I work, informing me that I would be locked out of my email if I did not change my password. These arrived with clockwork regularity, reminding me that my access would expire in ten days, in nine days, in eight days, in seven days. It is remarkable how the ordinary and the existential are always stuck together, like the pages in a book so timeworn that the print has transferred from one to the other. I did not fix the password problem. I did lose the access and, with it, any means to solve the problem on my own. And so, after my father died, I found myself on the phone with a customer service representative, explaining, although it was absolutely unnecessary to do so, why I had neglected to address the issue in a timely fashion.

I lost my father last week. Perhaps because I was still in those early, distorted days of mourning, when so much of the familiar world feels alien and inaccessible, I was struck, as I had never been before, by the strangeness of the phrase. Obviously my father hadn’t wandered away from me like a toddler at a picnic, or vanished like an important document in a messy office. And yet, unlike other oblique ways of talking about death, this one did not seem cagey or empty. It seemed plain, plaintive, and lonely, like grief itself. From the first time I said it, that day on the phone, it felt like something I could use, as one uses a shovel or a bell-pull: cold and ringing, containing within it both something desperate and something resigned, accurate to the confusion and desolation of bereavement.

Later, when I looked it up, I learned that there was a reason “lost” felt so apt to me. I had always assumed that, if we were referring to the dead we were using the word figuratively—that it had been appropriated by those in mourning and contorted far beyond its original meaning. But that turns out not to be true. The verb “to lose” has its taproot sunk in sorrow; it is related to the “lorn” in “forlorn.” It comes from an Old English word meaning to perish, which comes from an even older word meaning to separate or cut apart. The modern sense of misplacing an object only appeared later, in the thirteenth century; a hundred years after that, “to lose” acquired the meaning of failing to win. In the sixteenth century we began to lose our minds; in the seventeenth century, our hearts. The circle of what we can lose, in other words, began with our own lives and each other and has been steadily expanding ever since.

This is how loss felt to me after my father died: like a force that constantly increased its reach, gradually encroaching on more and more terrain. Eventually I found myself keeping a list of all the other things I had lost over time as well, chiefly because they kept coming back to mind. A childhood toy, a childhood friend, a beloved cat who went outside one day and never returned, the letter my grandmother wrote me when I graduated from college, a threadbare but perfect blue plaid shirt, a journal I’d kept for the better part of five years: on and on it went, a kind of anti-collection, a melancholy catalogue of everything of mine that had ever gone missing.

Any list like this—and all of us have one—quickly reveals the strangeness of the category of loss: how enormous and awkward it is, how little else its contents have in common. I was surprised to realize, when I first began thinking about it, that some kinds of loss are actually positive. We can lose our self-consciousness and our fear, and although it is frightening to be lost in the wilderness, it is wonderful to be lost in thought or a book or a conversation. But those are happy outliers in an otherwise difficult region of human experience; for the most part, our losses lie closer in spirit to the death of my father, in that they diminish our lives. We can lose our credit card, our driver’s license, the receipt for the item we need to return; we can lose our good name, our life savings, our job; we can lose faith and lose hope and lose custody of our children. Much of the experience of heartbreak falls into this category, since an unwanted breakup or divorce entails the loss not only of someone we love but also the familiar texture of our days and a cherished vision of the future. So, too, with serious illness and injury, which can lead to the loss of everything from basic physical abilities to fundamental parts of our identity. Some of our most intimate experiences are here, as when an expectant mother loses a pregnancy, alongside some of the most public and shattering events of history: war, famine, terrorism, natural disaster, pandemic—all the awful collective tragedies that establish the far extremity of what it is possible to lose.

This is the essential, avaricious nature of loss: it encompasses, without distinction, the trivial and the consequential, the abstract and the concrete, the merely misplaced and the permanently gone. We often ignore its true scope if we can, but for a while after my father died, I could not stop seeing the world as it really is, marked everywhere by the evidence of past losses and the imminence of future ones. This was not because his death was a tragedy. My father died peacefully, at seventy-four, tended throughout his final weeks by those he loved most. It was because his death was not a tragedy; what shocked me was that something so sad could be the normal, necessary way of things. In its aftermath, each individual life seemed to contain too much heartbreak for its fleeting duration. History, which I had always loved even in its silences and mysteries, suddenly seemed like little more than a record of loss on an epic scale, especially where it could offer no record at all. The world itself seemed ephemeral, glaciers and species and ecosystems vanishing, the pace of change as swift as in a time-lapse, as if those of us alive today had been permitted to see it from the harrowing perspective of eternity. Everything felt fragile, everything felt vulnerable; the idea of loss pressed in all around me, like a hidden order to existence that emerged only in the presence of grief. 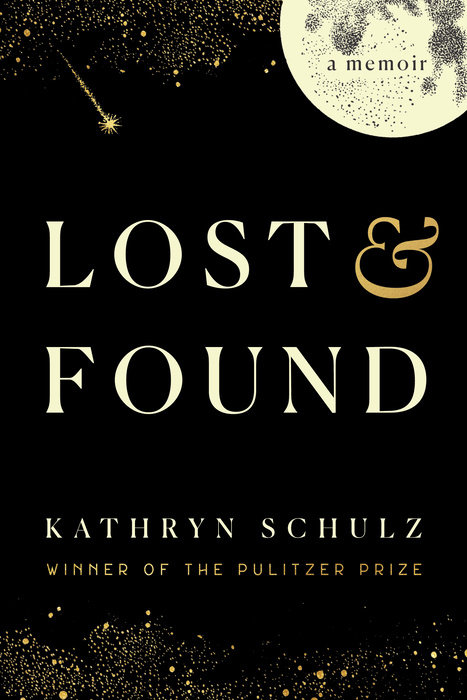