A fast-paced mystery where Murder on the Orient Express meets the Tour de France—someone’s killing off cyclists one by one.

Marc Moreau, a professional cyclist with a military past, is part of a top Tour de France team led by his best friend, an American star favored to win this year’s Tour. But the competition takes a dark turn when racers begin to drop out in a series of violent accidents: a mugging that ends in an ankle being crushed, a nasty bout of food poisoning, and a crash caused by two spectators standing where they shouldn’t. The teams and their entourages retreat into paranoid lockdown even as they must continue racing each day. The mountain inclines grow steeper and the accidents turn deadlier: a suspicious suicide, an exploded trailer, a loose wheel at the edge of a cliff. Marc agrees to help the French police with their investigations from the inside and becomes convinced that the culprit is a cyclist who wants to win at any cost. But as the victim count rises, the number of potential murderers—and potential champions—dwindles.

Marc begins to have the sickening realization that his own team has been most favored by the murderer’s actions, and in the final stages of the race Mark himself emerges as the only cyclist left who could possibly beat his best friend and win the Tour. Whom can Marc trust? Whom should he protect? What decision will he make if he’s asked to choose between justice, loyalty, and glory?

Praise for The Black Jersey

“Men, mountains, machines, speed, greed, and murder . . . Making a tour de force of the Tour de France, Jorge Zepeda Patterson does for cycling what Dick Francis did for horse racing. Warning! Strap on your helmets! This is no tale for wimps.”—Alan Bradley, author of the Flavia de Luce series

“The world of competitive cycling is stressful enough without adding suspicious accidents to the mixture. But that is exactly what happens in this thrilling and intrigue-filled novel. The Black Jersey has the pace and excitement of a world-class race.”—Alexander McCall Smith, author of the No. 1 Ladies’ Detective Agency series

“The Black Jersey is a joy from start to hair-raising finish line, even for someone like me who prefers a good meal to any kind of competitive sport. Bravo!”—M. L. Longworth, author of the Provençal Mystery series

An excerpt from The Black Jersey

Everyone hated him the minute they laid eyes on him, except for me.

He was chewing gum nonstop, and every three seconds he would push back a lock of hair as if it were an extension he was afraid of losing. But even without those tics, he would’ve provoked the group’s ill will. He arrived at camp driving a limited-­edition Land Rover and unloaded an aerodynamic bike that the rest of us had only seen ridden by the most elite professionals. It didn’t help that he was American, that he had a face like a Holly­wood actor, and that he flaunted the smile of somebody who always gets his way.

But I welcomed him with open arms. A new guy was the only way the others would leave me in peace. Ever since I had arrived at training camp two weeks prior, my teammates had made me the butt of their practical jokes, the hazing a product of the excess of anxiety and testosterone that you might expect from our vigorous training sessions. They had turned my first few weeks as a professional—­if getting paid fifty euros a week had made me that—­into a kind of lonely purgatory, so I was grateful for the chance to not be the solitary victim of their abuse.

Maybe that’s what brought us together. We took the torments the others inflicted on us philosophically and chose to treat them as some kind of initiation ritual directed at newbies. Although, to be more accurate, Steve took it philosophically and I just went along with him.

“Don’t eat the oatmeal,” he said the first time he ever spoke to me. “I think they spit in it.” And then he offered me a protein bar. He seemed more pleased than upset, as if the fact that he’d figured it out made him cleverer than the others.

After a few days, we understood it wasn’t an initiation ritual. Simply put: Our new teammates were scared of us. Of the forty-­six racers who had started out at training camp for the Belgian team Ventoux, the legendary breeding ground of professional cyclists, only twenty-­seven would be kept, and only the best nine would make it onto the first team, the one they take to the trials that really matter.

A month later, when the training became more demanding and the races turned into 160-­kilometer journeys that included steep expanses, we understood their fear was justified. We were better. Steve Panata raced with a natural rhythm and elegance I’d never seen before and never would again. He devoured kilometers effortlessly, at a speed that would have forced anyone else to bend over the wheel. I balanced him with a physiological anomaly that in other circumstances would have made me a circus freak. My father was a native of the French Alps, and his DNA must have had a very good time with the Colombian genes from my mother’s Andean ancestors because they ended up gifting me a third lung. Not literally, but the levels of oxygen in my blood are such that, for all practical purposes, I’m high when I’m racing.

Once we were actually on the road, Steve and I began to take revenge for all the affronts we had suffered. We did it almost without thinking. When we got within twenty or thirty kilometers of the goal set by our coaches, he’d smile slyly at me; I’d give a gesture of complicity, and we’d pick up the pace. We’d do it subtly at first so the others wouldn’t immediately surrender and would make more of an effort. Ten kilometers later, when we sensed the group had hit its limit, we’d speed up again and leave them definitively behind. But not before Steve put in his final touch: He’d start talking in a very calm voice about the last movie he saw, like someone who’s chatting in a bar instead of climbing a slope that had taken everybody else’s breath away. Resentment soon mingled with the fear we inspired in our teammates. Now and again I thought that, stuck up on those mountain retreats in Catalonia among dozens of spiteful contenders determined to become professionals at any cost, we might be vulnerable to the kind of beating that would put our own careers at risk. For a lot of those guys, myself included, making the cut and being on the Ventoux team was the only thing keeping us from having to endure a mediocre job at a farm or a factory. To be honest, a couple of them looked like they had nowhere to go but jail. That wasn’t the case with Steve, for whom professional cycling was just one option among many, in a lavish and generous future. Yet another reason to hate him.

It also didn’t help that he could be irresistibly charming when he wanted to be, especially when it came to women, directors, and coaches. Charming in a way that provoked more than one brawl with the locals on the few occasions the group would go out to a local bar, even if it was just to have root beer. A passing flirtation or an exchange of napkins with scrawled telephone numbers was enough to unleash a fracas that would often end in blows.

Despite so frequently provoking envy and resentment among others, Steve was notoriously incapable of defending himself. All the poise he displayed on a bike or on the dance floor would turn into ineptitude the instant punches flew. We managed to get out more or less unharmed anyway, thanks to my military police training and some army experiences dealing with hotheaded drunks in dive bars.

Locals were one thing. But in the end, I had to neutralize the damn bullies on our own team, starting with the group’s bruiser, a hard and rough Briton with the thighs and face of a bulldog. He weighed about twenty-­five pounds more than I did, but he hadn’t grown up in a slum in Medellín or spent three years in the army barracks in Perpignan. I’d developed a survival strategy that was, in essence, conflict avoidance, which fit my temperament perfectly. But it’s a strategy that only works if you’re willing to commit to violence on the rare occasions when conflict is in­evitable. Such as the time I had to defend Steve from Iván, the bruiser.

Iván had punctured my friend’s bike tires a few times during the night, which forced us to make frantic repairs in order to report on time to the coaches. One morning, we discovered Steve’s bike had disappeared altogether, and the smirk on Iván’s face made it obvious he was the responsible party. I supposed he assumed Steve would finally have to confront him. He never saw me coming. I threw my forearm with all my strength and hit him in the face with my elbow: right between his jaw and temple. That imbecile fell like a rock while his minions looked on, astonished by my inconceivable aggression. And they certainly weren’t expecting what happened next. I kicked up a storm as the goon’s body curled up into a ball, not stopping until he confessed where he’d hidden the bike. After that incident, they left us in peace. 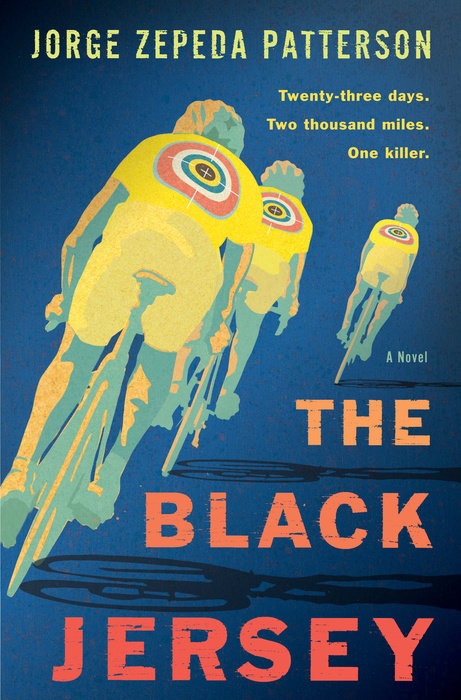