On Mushrooms and Mourning

A grieving widow discovers a most unexpected form of healing—hunting for mushrooms.

“Moving . . .  Long tells the story of finding hope after despair lightly and artfully, with self-effacement and so much gentle good nature.”—The New York Times

Long Litt Woon met Eiolf a month after arriving in Norway from Malaysia as an exchange student. They fell in love, married, and settled into domestic bliss. Then Eiolf’s unexpected death at fifty-four left Woon struggling to imagine a life without the man who had been her partner and anchor for thirty-two years. Adrift in grief, she signed up for a beginner’s course on mushrooming—a course the two of them had planned to take together—and found, to her surprise, that the pursuit of mushrooms rekindled her zest for life.

The Way Through the Woods tells the story of parallel journeys: an inner one, through the landscape of mourning, and an outer one, into the fascinating realm of mushrooms—resilient, adaptable, and essential to nature’s cycle of death and rebirth. From idyllic Norwegian forests and urban flower beds to the sandy beaches of Corsica and New York’s Central Park, Woon uncovers an abundance of surprises often hidden in plain sight: salmon-pink Bloody Milk Caps, which ooze red liquid when cut; delectable morels, prized for their earthy yet delicate flavor; and bioluminescent mushrooms that light up the forest at night.

Along the way, she discovers the warm fellowship of other mushroom obsessives, and finds that giving her full attention to the natural world transforms her, opening a way for her to survive Eiolf’s death, to see herself anew, and to reengage with life.

Praise for The Way Through the Woods

“In her search for new meaning in life after the death of her husband, Long Litt Woon undertook the study of mushrooms. What she found in the woods, and expresses with such tender joy in this heartfelt memoir, was nothing less than salvation.”—Eugenia Bone, author of Mycophilia and Microbia

An excerpt from The Way Through the Woods

One Mushroom, One Delight.

This is the story of a journey that started on the day my life was turned upside down: the day when Eiolf went to work and didn’t come home. He never came home again. Life as I had known it was gone in that instant. The world would never be the same again.

I was devastated. The pain of my loss was all that was left of him. It tore me apart, but I had no wish to dull the agony with painkillers. It was confirmation that he had lived, that he had been my husband. I did not want that to be gone as well.

I was in free fall. I, who had always been in command and in control, I, who liked to have a firm grip on things. My lodestar was gone. I found myself in unknown territory, a reluctant wanderer in a strange land. Visibility was poor and I had neither map nor compass. Which way was up, which way was down? From which corner should I start walking? Where should I set my foot?

There was nothing but blackness.

To my surprise, I chanced upon the answers to these questions where I least expected them.

The weather was damp, there was a light drizzle in the air, and the dead leaves that had fallen from the tall, venerable trees in Oslo’s Botanical Garden were starting to molder. There was no doubt that the warm days were over and a colder season was starting to encroach on our lives. Someone had told me about this course and I had signed up for it without giving it much thought. It was something Eiolf and I had talked about doing but never got around to. So, one autumn-dark evening I presented myself, not expecting too much, in the basement of the Natural History Museum at the University of Oslo.

I needed to watch my step: I had already broken an ankle just after Eiolf’s funeral, and the fear of falling remained with me long after the accident. I had been told that it takes a while for a broken ankle to heal, but whether a broken heart could ever be whole again and, if so, how long that might take, no one could tell me.

Grief grinds slowly: it devours all the time it needs.

The course of bereavement does not run smooth; it progresses in fits and starts, takes unforeseeable turns.

If anyone had told me that mushrooms would be my lifeline, the thing that would help me back onto my feet and quite literally back on life’s track, I would have rolled my eyes. What had mushrooms to do with mourning?

Only later did it dawn on me that mushrooms had been my rescue in my hour of need and that seemingly unrelated subjects such as mushrooms and mourning can, in fact, be connected. It was out in the open woodland, on moss-covered ground, that I stumbled on what I was searching for. My exploration of the mushrooms’ terrain also became a ramble through an inner landscape, a via interna. The outer journey has been time-consuming. So, too, has the inner journey. It has been turbulent and challenging. For me there is no doubt that my discovery of the realm of fungi steadily nudged me out of the tunnel of grief. It eased the pain and became my path out of the darkness. It offered me fresh perspectives and led me, little by little, to a new standpoint. That is what this book is about.

I had better start, therefore, with the beginners’ guide to mushrooms.

A lot of people had signed up for the course. Some were in the flower of youth, others enjoying a second blooming. They came from all over the city. This was, it seemed, an interest shared by denizens of both the west and east sides of Oslo. As a social scientist I find this interesting. We are inclined to associate certain sections of society with particular sports or hobbies. Some leisure pursuits have distinctly middle-class overtones, while others are seen as the province of different socioeconomic groups. You don’t have to be an anthropologist to discern this pattern in Oslo, although Norwegians love their image as an egalitarian nation. Given the choice, Norwegians would pick the photograph of King Olav V buying a ticket on the train to the Holmenkollen ski slopes as their country’s profile picture. And even though it is true that few other monarchs have ever traveled by public transportation, it is also the case that the Norwegian royal family is not generally given to taking the bus or the train. That particular photo was taken in 1973.

There was something classless about the mushroom community that immediately appealed to me. I’ve been one of their number for some time now, yet I still don’t know what the mushroomers I meet do in their day-to-day lives. Talk of fungi crowds out everything else. Trivial matters such as religion and politics take a back seat. Not that there isn’t a hierarchy among mushroom enthusiasts: this field, too, has its heroes and villains, its unwritten rules and its conflicts, with plenty of scope for feelings to run high. Like all other communities, mushroom pickers represent a microcosm of society as a whole, although I didn’t see this to begin with.

Mushrooms induce a blend of fascination and fear: they lure us with the promise of sensual delights, but with the threat of deadly poison lurking in the background. Not only that, but certain species grow in fairy rings and others have hallucinogenic properties. Delve into historical sources and you will find that down through the ages people have always been fascinated by fungi: they have no roots, no visible seeds, and yet they will suddenly spring up, often after heavy rain and thunderstorms, almost like the incarnation of the untamed forces of nature. The folk names for some fungi—Witch’s Egg, Devil’s Urn, or Jack-o’-Lantern, for example—suggest that mushrooms were once seen as having a whiff of paganism about them, of being uncanny, magical.

For some, an interest in fungi is sparked by a fascination with their function as the recyclers of the ecosystem. Others are more interested in their medicinal properties. There is a lot of optimism surrounding research into the uses of mushrooms in the treatment of cancer. Norway has made its own contribution to medical science with the cyclosporin fungus, Tolypocladium inflatum, found on the Hardangervidda plateau, an extract of which forms the basis of an indispensable drug used in organ transplants. Some munch the phallic Common Stinkhorn, Phallos impudicus, or the equally priapic Dog Stinkhorn, Mutinus ravenelii, imagining that mushrooms can work wonders as aphrodisiacs. Handcraft enthusiasts have embraced fungi as new and exciting sources of dyes for wool, linen, and silk. For nature photographers, fungi present a riotous cornucopia: mushrooms come not only in brown and white but in every imaginable, and unimaginable, shape and hue. They may be stubby and springy, lovely and graceful, delicate and transparent, or so spectacular and bizarre that they seem like something from another planet. Some are even luminescent and can light up a forest path when darkness falls.

However, most of the people I know who are interested in learning about picking wild mushrooms do so because they enjoy eating them. “Can you eat it?” is the question that the majority of those who don’t know much about mushrooms ask again and again. Despite determined efforts, commercial growers have not succeeded in growing the most sought-after mushrooms. So fungi could be said to provide the perfect antithesis to the regimented world in which most of us live.

The antiquated name of the body that was offering the course had piqued my interest: the Greater Oslo Fungi and Useful Plants Society—it sounded like a sister organization to the Norwegian Women’s Hygiene Association. What sort of people got involved with fungi and useful plants? To be honest, I wasn’t sure what constituted a useful plant. And if you pursued that line of thought, what about useless plants? Was there a society for them as well? I didn’t dare ask this question in front of everyone else.

The leader of the course had a knife in a leather sheath at his belt and a small magnifying glass hanging from a cord around his neck: both these items form an essential part of the serious mushroom forager’s uniform, although I didn’t know that then. Style, I would learn, is not high on a mushroomer’s list of priorities. When you go hunting in the forest, your clothing has to be practical and functional. Which is why, at first glance, mushroom gatherers can look almost like aliens, clad top to toe in Gore-Tex and slathered in lotions to ward off mosquitoes, midges, and deer flies.

Like all good teachers, our instructor started by establishing how much his students knew. “So, what are mushrooms?” he asked. Many of the class members said nothing and tried to avoid the teacher’s eye. As did I. Surely that was obvious, everybody knew what a mushroom was. But the teacher was looking for a more scientific answer, and I had no idea where to start looking for such a thing.

On Mushrooms and Mourning 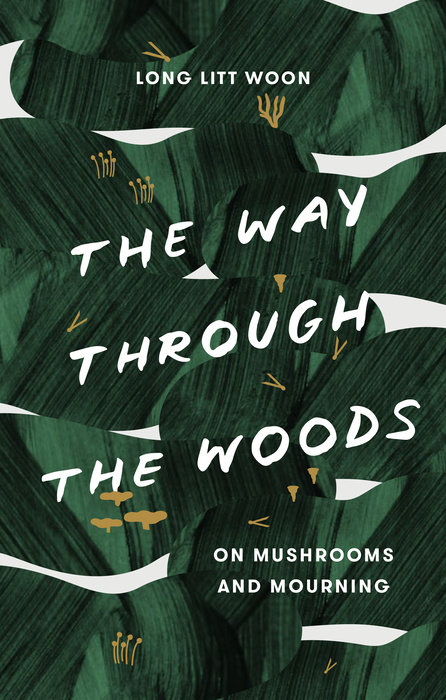