Tess Gerritsen’s relentless, inventive novels take readers on pulse-racing thrill rides that are as satisfying as they are heart-stopping. Now, in this edge-of-your-seat suspense novel, a mysteriously isolated town stands abandoned as a silent watcher waits.

In Wyoming for a medical conference, Boston medical examiner Maura Isles joins a group of friends on a spur-of-the-moment ski trip. But when their SUV stalls on a snow-choked mountain road, they’re stranded with no help in sight.
As night falls, the group seeks refuge from the blizzard in the remote village of Kingdom Come, where twelve eerily identical houses stand dark and abandoned. Something terrible has happened in Kingdom Come: Meals sit untouched on tables, cars are still parked in garages. The town’s previous residents seem to have vanished into thin air, but footprints in the snow betray the presence of someone who still lurks in the cold darkness—someone who is watching Maura and her friends.

Days later, Boston homicide detective Jane Rizzoli receives the grim news that Maura’s charred body has been found in a mountain ravine. Shocked and grieving, Jane is determined to learn what happened to her friend. The investigation plunges Jane into the twisted history of Kingdom Come, where a gruesome discovery lies buried beneath the snow. As horrifying revelations come to light, Jane closes in on an enemy both powerful and merciless—and the chilling truth about Maura’s fate.

“The kind of book you’d read in one sitting.”—Chicago Sun-Times

An excerpt from Ice Cold: A Rizzoli & Isles Novel

SHE WAS THE CHOSEN ONE.

For months, he had been studying the girl, ever since she and her family had moved into the compound. Her father was George Sheldon, a mediocre carpenter who worked with the construction crew. Her mother, a bland and forgettable woman, was assigned to the communal bakery. Both had been unemployed and desperate when they’d first wandered into his church in Idaho Falls, seeking solace and salvation.

Jeremiah had looked into their eyes, and he saw what he needed to see: lost souls in search of an anchor, any anchor.

They had been ripe for the harvest.

Now the Sheldons and their daughter, Katie, lived in Cottage C, in the newly built Calvary cluster. Every Sabbath, they sat in their assigned pew in the fourteenth row. In their front yard they’d planted hollyhocks and sunflowers, the same cheery plants that adorned all the other front gardens. In so many ways, they blended in with the other sixty-four families in The Gathering, families who labored together, worshiped together, and, every Sabbath evening, broke bread together.

But in one important way, the Sheldons were unique. They had an extraordinarily beautiful daughter. The daughter whom he could not stop staring at.

From his window, Jeremiah could see her in the school yard. It was noon recess, and students milled about outside, enjoying the warm September day, the boys in their white shirts and black pants, the girls in their long pastel dresses. They all looked healthy and sun-kissed, as children ought to look. Even among those swan-like girls, Katie Sheldon stood out, with her irrepressible curls and her bell-like laughter. How quickly girls change, he thought. In a single year, she had transformed from a child into a willowy young woman. Her bright eyes, gleaming hair, and rosy cheeks were all signs of fertility.

She stood among a trio of girls in the shade of a bur oak tree. Their heads were bent together like the Three Graces whispering secrets. Around them swirled the energy of the school yard, where students chattered and played hopscotch and kicked around a soccer ball.

Suddenly he noticed a boy crossing toward the three girls, and he frowned. The boy was about fifteen, with a thatch of blond hair and long legs that had already outgrown his trousers. Halfway across the yard, the boy paused, as though gathering up the courage to continue. Then his head lifted and he walked directly toward the girls. Toward Katie.

Jeremiah pressed closer to the window.

As the boy approached, Katie looked up and smiled. It was a sweet and innocent smile, directed at a classmate who almost certainly had only one thing on his mind. Oh yes, Jeremiah could guess what was in that boy’s head. Sin. Filth. They were speaking now, Katie and the boy, as the other two girls knowingly slipped away. He could not hear their conversation through the noise of the school yard, but he saw the attentive tilt of Katie’s head, the coquettish way she flicked her hair off her shoulder. He saw the boy lean in, as though sniffing and savoring her scent. Was that the McKinnon brat? Adam or Alan or something. There were so many families now living in the compound, and so many children, that he could not remember all their names. He glared down at the two of them, gripping the window frame so tightly that his nails dug into the paint.

He pivoted and walked out of his office, thumping down the stairs. With every step, his jaw clenched tighter and acid burned a hole in his stomach. He banged out of the building, but outside the school yard gate he halted, wrestling for control.

This would not do. To show anger was unseemly.

The school bell clanged, calling the students in from recess. He stood calming himself, inhaling deeply. He focused on the fragrance of fresh-cut hay, of bread baking in the nearby communal kitchen. From across the compound, where the new worship hall was being built, came the whine of a saw and the echoes of a dozen hammers pounding nails. The virtuous sounds of honest labor, of a community working toward His greater glory. And I am their shepherd, he thought; I lead the way. Look how far they had already come! It took only a glance around the burgeoning village, at the dozen new homes under construction, to see that the congregation was thriving.

At last, he opened the gate and stepped into the school yard. He walked past the elementary classroom, where children were singing the alphabet song, and entered the classroom for the middle grades.

The teacher saw him and jumped up from her desk in surprise. “Prophet Goode, what an honor!” she gushed. “I didn’t know you would be visiting us today.”

He smiled, and the woman reddened, delighted by his attention. “Sister Janet, there’s no need to make a fuss over me. I simply wanted to stop in and say hello to your class. And see if everyone is enjoying the new school year.”

She beamed at her students. “Isn’t it an honor to have Prophet Goode himself visiting us? Everyone, please welcome him!”

“Is the school year going well for all of you?” he asked.

“Yes, Prophet Goode.” Again in unison, so perfect it sounded as if it had been rehearsed.

Katie Sheldon, he noticed, sat in the third row. He also noticed that the blond boy who’d flirted with her sat almost directly behind her. Slowly he began to pace the classroom, nodding and smiling as he surveyed the students’ drawings and essays tacked on the walls. As if he really cared about them. His attention was only on Katie, who sat demurely at her desk, her gaze tipped downward like any properly modest girl.

“I don’t mean to interrupt your lesson,” he said. “Please, continue what you were doing. Pretend I’m not here.”

“Um, yes.” The teacher cleared her throat. “Students, if you could please open your math books to page two oh three. Complete exercises ten through sixteen. And when you’re finished, we’ll go over the answers.”

As pencils scratched and papers rustled, Jeremiah wandered the classroom. The students were too intimidated to look at him, and they kept their eyes focused on their desktops. The subject was algebra, something that he had never bothered to master. He paused by the desk of the blond lad who had so clearly shown an interest in Katie, and, looking over the boy’s shoulder, he saw the name written on the workbook. Adam McKinnon. A troublemaker who would eventually have to be dealt with.

He moved on to Katie’s desk, where he stopped and watched over her shoulder. Nervously she scribbled an answer, then erased it. A patch of bare neck showed through a parting of her long hair, and the skin flushed a deep red, as though seared by his gaze.

Leaning close, he inhaled her scent, and heat flooded his loins. There was nothing as delicious as the scent of a young girl’s flesh, and this girl’s was the sweetest of all. Through the fabric of her bodice, he could just make out the swell of newly budding breasts.

“Don’t fret too much, dear,” he whispered. “I was never very good at algebra, either.”

She looked up, and the smile she gave him was so enchanting that he was struck speechless. Yes. This girl is definitely the one. 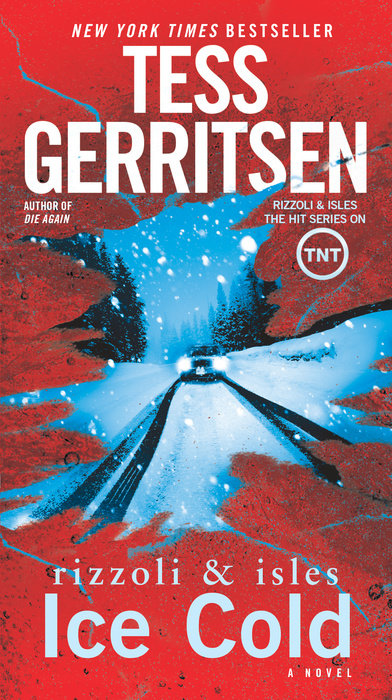