An Easy Guide to Caring for Your Bonsai Tree

This charming, beautifully photographed beginner's guide from a trusted bonsai expert covers all the basics to keep your bonsai alive and happy.

Jonas Dupuich, founder of the #1 bonsai blog in the U.S., shares his passion and expert advice with anyone looking to learn more about bonsai in this modern, entry-level guide to an ancient art.

With its stylish, full-color design and fresh take on a captivating pastime, The Little Book of Bonsai makes a gorgeous gift for oneself or for others.

An excerpt from The Little Book of Bonsai

The first time I saw a small tree become a bonsai, I was hooked.

I was working at the family business, a retail nursery, when an acquaintance offered to “style” a neglected pine. He took the tree home and returned it a few days later. I could tell it was the same tree, but the pruning and wiring had completely changed its character. I wanted to learn more.

The acquaintance, Boon Manakitivipart, became my friend and teacher. I quickly joined a bonsai club and started collecting small trees. They didn’t all fare well at first, but over time I learned to keep them healthy.

Learning to style the trees took longer. Were I not lucky enough to have a good teacher, I’m not sure I would have stuck with it.

For the next few years, I spent more and more time working with bonsai. I started visiting bonsai exhibits around the country and eventually began a bonsai blog to share what I learned. I found that I like writing about bonsai and have written more than a thousand posts to date.

Today I have the good fortune to work with bonsai full-time, teaching classes and growing bonsai in Northern California. When I get the chance, I travel to Japan to visit bonsai exhibitions, bonsai gardens, and the nurseries of fellow bonsai professionals.

My aim in writing this book is to help you keep your bonsai healthy and make your trees beautiful. It’s the book I wish I had when I started. I hope you enjoy it!

It’s easy to recognize a bonsai when you see one. A bonsai (pronounced “bone-sigh”) is a small tree in a pot (bonsai means “tray planting” in Japanese). If you’re interested in creating one of your own, a good first step is understanding what goes into bonsai design. To help you get started, I’ll describe where bonsai come from and what makes a bonsai look like a bonsai. I’ll also introduce basic bonsai styles and help you identify the most attractive features of your tree.

Where Bonsai Come From

Almost any plant that produces woody growth in the form of trunks and branches can become a bonsai. Trees, shrubs, and some vines can be trained as bonsai by pruning, wiring, and repotting—the fundamental bonsai techniques.

Some bonsai are trained from the time they are cuttings or seedlings. Others are dug up from the mountains (like the Sierra juniper pictured at left) or from garden landscapes as mature trees. Whether a tree started its life in a nursery or in the mountains, bonsai training techniques are largely the same.

Bonsai reflect their relationship with the people who care for them, as bonsai growers leave their mark on the trees under their care. Over time, the evidence of these interactions give bonsai their unique and unmistakable character.

The defining characteristic of bonsai is their size. Bonsai are small trees, no more than three to four feet tall, which are trained in the form of much larger trees growing in nature.

Although bonsai resemble full-size trees, they are not exact copies in miniature. Bonsai resemble idealized versions of mature trees with lots of character.

Old trees grow slowly and produce fine branches, thick bark, and prominent roots that are visible at the base of the trunk. The crown of the tree is rounded, as in the Korean hornbeam at right, unlike the pointy tops of younger trees.

Like mature trees in nature, bonsai are roughly triangular in shape. This is a result of lower branches extending further from the trunk than the upper branches in order to capture sunlight.

How one interprets the idea of a mature tree differs from person to person and provides a wonderful diversity of bonsai forms around the world.

Jonas Dupuich is a full-time, award-winning bonsai expert and creator of Bonsai Tonight, one of the top bonsai websites in the world. He tours the country, giving bonsai classes, lectures, and workshops, and he has been featured in major bonsai publications including International Bonsai Magazine and Bonsai: The Journal of the American Bonsai Society.

An Easy Guide to Caring for Your Bonsai Tree 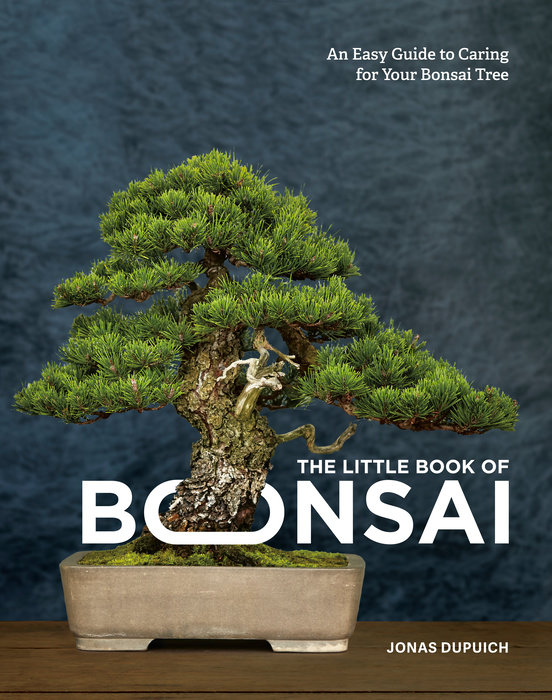