Everyone has the same questions about best friends Owen and Luna: What binds them together so tightly? Why weren’t they ever a couple? And why do people around them keep turning up dead? In this riveting novel from the New York Times bestselling author of The Passenger, every answer raises a new, more chilling question.

“Masterfully plotted, The Accomplice is both a keep-you-guessing mystery and a keenly and tenderly observed character study.”—Attica Locke, author of Bluebird, Bluebird and Heaven, My Home

ONE OF THE MOST ANTICIPATED BOOKS OF 2022—PopSugar, CrimeReads

Owen Mann is charming, privileged, and chronically dissatisfied. Luna Grey is secretive, cautious, and pragmatic. Despite their differences, they form a bond the moment they meet in college. Their names soon become indivisible—Owen and Luna, Luna and Owen—and stay that way even after an unexplained death rocks their social circle.

They’re still best friends years later, when Luna finds Owen’s wife brutally murdered. The police investigation sheds light on some long-hidden secrets, but it can’t penetrate the wall of mystery that surrounds Owen. To get to the heart of what happened and why, Luna has to dig up the one secret she’s spent her whole life burying.

The Accomplice brilliantly examines the bonds of shared history, what it costs to break them, and what happens when you start wondering how well you know the one person who truly knows you.

An excerpt from The Accomplice

Owen Mann first noticed Luna Grey in an Intro to Ethics seminar. He would watch her, fascinated by the way she hunched over her notebook, scribbling, glancing up occasionally to see if anyone was watching her. Owen thought she was pretty, pretty in a way that might last or grow on you. She definitely wasn’t one of those beauties who made you do crazy things. By all objective standards, Luna appeared normal, reliable, and even a bit square. Owen, however, saw past Luna’s ordinary armor. He recognized a feral quality in her. He saw a girl roiling with secrets. And he would have paid good money to know a few of them.

Luna always knew when someone was watching her. Sometimes she’d wait it out. Other times she’d stare back and force the prying eyes to withdraw. When Luna glanced back at Owen, he smiled brightly, even though they’d never met. What the hell was he smiling about, she thought. Luna had seen Owen before. It occurred to her that he might know who she was. But the smile was wrong for someone who had her number. The girl sitting next to Owen was trying to get his attention. When the girl saw where Owen’s eyes had landed, she fixed her gaze on Luna, shifting it from curious to withering within seconds. Luna quickly turned away. She’d seen that expression too many times to count.

A few days later, Owen ditched the glaring girl and sat in Luna’s row, a few seats away. Luna felt her whole body tense up, until Owen fell fast asleep and didn’t stir, even after the lecture was over. Luna tapped him on the shoulder to wake him as she climbed over his legs, clearing out of class. Owen rubbed his eyes, shook himself awake, and chased after her.

Owen had a stupid grin on his face. If she didn’t have a secret, he thought, it would be deeply disappointing. Luna couldn’t decide if the smile was taunting or goofy. Owen stepped in front of Luna and extended his hand.

“Owen Mann. A pleasure to meet you,” he said.

Luna kept her hand by her side, debating whether to respond in kind.

“Has anyone ever told you that you have the social graces of a mobster?”

Luna fought hard not to laugh. “That might be the nicest thing anyone has ever said to me,” she said.

Luna offered her name; Owen explained why he’d followed her. He’d slept through the Kant lecture and wanted to borrow her notes.

“Why my notes?” Luna asked.

Owen shrugged. “Don’t know. But they have to be your notes.”

Luna weighed the request. Then she leafed through the notebook to confirm there was no personal information in there and handed it to this Owen guy. They agreed to meet an hour later at the library.

Markham University was a small liberal-­arts college in the Hudson Valley. It sat on twenty acres of dense woods and prided itself on self-­directed independent study. It was also a safe haven for lazy stoners who wanted a break from life. Think summer camp with cushier accommodations. Markham U was Luna’s first choice and Owen’s third-­backup school.

Owen chose a seat on the third floor of Bancroft Library, at a desk nestled by a wall of windows. He opened Luna’s notebook and poised his pen over a blank pad. Once he examined her text, he dropped the pen and visibly slumped in his chair. He couldn’t decipher a single sentence of her handwriting.

As he stared at the mysterious script, it occurred to him that she was writing in code. Either way, it was aesthetically pleasing. He took out his sketch pad and rendered an abstract interpretation of Luna’s notes. Then he removed his headphones from his backpack, blasted Mogwai on his MP3 player, and looked out the library window, watching the human traffic on the quad.

Luna arrived at the library five minutes before the one-­hour mark.

“Can anyone read your writing?” Owen asked.

“Then why did you give your notes to me?”

Owen liked her voice. It was deep, deadpan. Her pitch rarely wavered, even when she asked a question. Most people were cautious and slow to warm around Luna. Owen just barreled forward, unafraid.

“I’m going to need you to translate,” Owen said.

He pulled out a chair and slid the notebook across the desk. He waited for Luna to sit, not even considering that she wouldn’t. Luna accepted the chair and reviewed her notes. Sometimes, even she had trouble reading them. Above her head, a fluorescent light was flickering its way to death. Luna clocked it with annoyance.

“They should fix that,” Luna said.

The flickering light unsettled her more than a light should, Owen thought. Luna spent thirty minutes summarizing the lecture for Owen, who took notes in his own hand, which was so clean and concise that it almost looked like a font designed to resemble human script. Luna felt the heat of the flickering light. Her head gave her that familiar warning signal, the one she often ignored. It was like the police standing outside her head, knocking on her temple.

“There are two duties that are part of the categorical imperative,” she said. “Um, there are negative duties, like don’t kill or be an asshole. And positive duties to help others. But then, okay, say you’re helping another person—­you’re just supposed to promote their happiness. Kant didn’t believe in paternalism, which is pushing your morals and ethics on someone else. He was super into autonomy. And, um—­”

Luna made a choking sound. Her eyes rolled back, her body went stiff, and she began to vibrate and tilt to the side. She fell off her chair onto the hard linoleum floor. Owen winced as he watched her head hit the ground and bounce up again.

Owen called for help, but the entire floor was empty. He crouched next to Luna, balled up his jacket, and put it under the base of her neck. She made a gurgling sound, which Owen misinterpreted as choking. He stuck his fingers in her mouth, trying to press down on her tongue, remembering something he’d read or heard or seen on TV about people swallowing their tongue in the midst of a seizure.

He called for help again, but Luna’s convulsions had begun to fade. He removed his fingers from her mouth and wiped them on his sweatshirt. He pulled out his cellphone and dialed 911. He told the operator what had happened. The operator asked if Luna was breathing. Owen turned his head and let his ear hover above her mouth. He could hear her soft, wispy breath.

He told the operator that she was breathing but unconscious and provided their location. Then he sat on the floor next to Luna for several minutes, watching her inhale and exhale. It seemed to Owen as if she were in a deep, luxurious slumber.

Luna opened her eyes. She first saw that flickering light again, and then she saw the boy staring down at her. He looked familiar, but that concerned gaze was even more familiar. A trail of drool slid down her cheek.

Owen covered his hand with his sleeve and wiped it off.

“What are you doing?” Luna asked.

“I think you had a seizure,” Owen said.

“I know that,” Luna snapped.

“Where am I?” Luna said. Then she noticed books. From the angle on the floor, it looked like she was trapped in a library maze. “Oh yeah, right.”

When she sat up, her brain felt like an eight ball in a glass of water. She reached up and touched a small lump on the side of her head.

“The ambulance should be here any second.”

Luna stumbled to her feet. “I need to get out of here before they come.”

“You should see a doctor,” said Owen.

“Has this happened before?”

“I’m epileptic. Of course it’s happened before.” Luna picked up her notebook and shoved it in her bag. She turned to Owen. “Thanks for . . . whatever you did.”

“I just put my jacket under your head.”

“That’s it?” Luna said, with a note of skepticism.

She slung her backpack over her shoulder and checked her close perimeter for any lost or forgotten items.

“I made sure you didn’t swallow your tongue,” Owen said, as casually as one can say that.

Luna froze and then slowly looked up at Owen. Her eyes narrowed. “Tell me you didn’t stick your fingers in my mouth,” she said.

Lisa Lutz is the New York Times bestselling, Alex Award–winning author of the Spellman Files series, as well as the novels Heads You Lose (with David Hayward), How to Start a Fire, and The Passenger. She has also written for film and TV, including HBO’s The Deuce. She lives part-time in New York’s Hudson Valley. 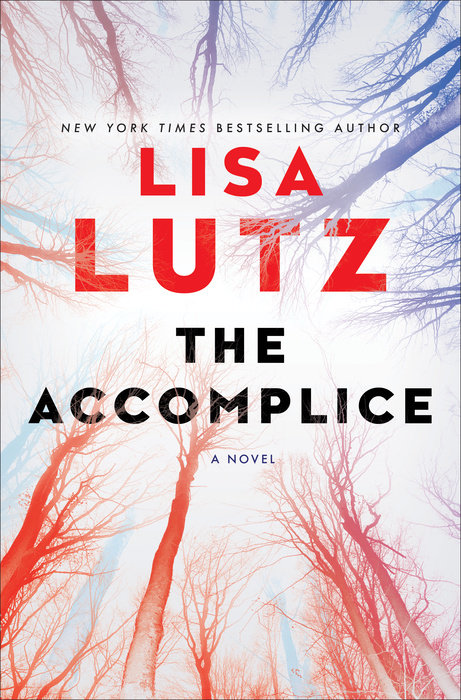