In a new short story available exclusively as an ebook, Jack Reacher’s spending the holidays in California. The last thing he expects is a blizzard—or a visit from the world’s deadliest assassin.

On Christmas Eve, Jack Reacher stumbles into a no-name bar in the California desert, desperate to take refuge from an unexpected snowstorm. Reacher came to Barstow for a little R&R. Instead, he’s sequestered in a dark little roadhouse with a bartender, a bewildered elderly couple—and two members of Britain’s Royal Military Police. They tell Reacher they were escorting a VIP to a top-secret meeting at a U.S. military base when they became separated from their charge. That’s when the threat came in from a notorious assassin: the Christmas Scorpion. Now they need a miracle to save the day. Or maybe all they need is Jack Reacher.

An excerpt from The Christmas Scorpion: A Jack Reacher Story

Jack Reacher was happy to play the hand he was dealt, and to live life the way it came. Except for one strong preference: he liked to be warm in winter. Which imposed some kind of shape on his year. By October at the latest he would start heading south. Usually the end of December would find him at his most distant point. The Florida Keys, sometimes. Or Tucson, Arizona. Or Mexico, one year, after the State Department found it convenient to renew his passport. Always either tropical or desert. In recent years he had seen more Christmas lights strung up in palm trees than fir trees. They looked pretty good, especially at night. And there were lots of them. Once he had read a newspaper story about homeowners in the Northeast having such elaborate Christmas displays they needed new breaker panels. Now the same thing was happening way to the south. Everyone loved Christmas. Except the guy in the Santa suit, who was liable to pass out from heat exhaustion.

That particular year the plan worked as normal. On Christmas Eve Reacher arrived in a small town near Barstow, California, out in the desert halfway between Edwards Air Force Base and Fort Irwin. Not as far south as usual. But he knew both places from days of old, especially Irwin, which was a gigantic army training ground, where he had spent many a happy hour. He liked the emptiness. He liked the climate. Warm, dry, and reliable.

But not that particular year. What also arrived on Christmas Eve was snow, in huge quantities, in what media elsewhere were quick to call a one-time freak once-in-a-lifetime storm of the century. Around Barstow no one called it anything, because the power went out immediately, and the phones went down, and the cell towers went off line. Not surprising. The great state of California wasn’t so great with snow. Especially when the snow was wet and heavy and three feet thick on the ground. Cars were buried. Roads were invisible. The rocky tan desert was replaced by a smooth white blanket, as far as the eye could see.

Reacher got inside as soon as he could. He saw a lone low building up ahead. Some kind of bar or roadhouse. He stumbled in through the door, his back thickly coated with snow, his pants soaked to the thigh. He huffed and puffed, and clapped his hands together, and stamped on the mat. He was the fifth refugee. There were two couples already in there, a man and a woman somewhere north of sixty, and another man and woman somewhere south of forty. They all looked like they had arrived not long before, the same way he had, huffing and puffing and stamping and clapping. He nodded a rueful all-in-the-same-boat greeting, and they all nodded back.

The power was out. There were candles burning on the bar, and one on every table. Not decorative candles. No sleighs or reindeer. They were utility items, made of greasy white wax, from the hardware store, next to the dish mops and the kitchen matches. Each table also had a Christmas tree on it, about a foot high, made of feathery green plastic dusted with silver glitter. There were icicle lights hanging from the ceiling. Without power they looked like strings of dull gray pearls.

There was a guy behind the bar, a lugubrious fellow, maybe seventy years old. He called out, “Get you something?”

Reacher glanced around. The candles were all set on porcelain saucers, all the same, white and sturdy, like hotel ware crockery. Which was good, because saucers implied cups, and cups implied coffee, which was what he wanted, black, no sugar.

Except the power was out.

The guy ducked down to a silent refrigerator and put a long-neck bottle on the bar.

Reacher took it. He thought the older couple looked a little upset. They were going to be stranded overnight, and they didn’t like it. The younger couple weren’t married. Reacher was sure of that. Not romantically involved at all. They were colleagues of some kind. Like business travelers, except they weren’t dressed like it. No suits or wrinkle-free fabrics. Both were in worn denim jeans and T-shirts and old leather jackets. Both looked fit and competent. The guy had short brown hair, neatly brushed. The woman had short black hair, cut in a bob that just missed her collar.

Military, Reacher thought. Which made sense, with Irwin a hop one way, and Edwards the other. Except they weren’t American. He was sure of that, too. Some subtle thing. They were foreign contractors, maybe. Or liaison officers from friendly forces, out of uniform, maybe off duty. Or maybe not, because they looked just as upset as the older couple. They were going to be stranded overnight, and they didn’t like it.

Reacher took a table. The older couple fussed and stopped and started, as if they weren’t sure whether to blame each other, or reassure each other. The younger two stared at their phones, and fiddled with a larger device they tried to keep hidden, but which Reacher recognized as a NATO transceiver tied to a joint command network. It wasn’t working. He heard them whisper. Like BBC radio. British Army, he thought. Maybe due at Irwin for a training exercise. Maybe embarrassed they were late. No way of getting in touch. Bad show. Not cricket. Reacher knew the British Army. It liked to be reliable, if nothing else.

The woman got up and came over to his table. She was tall and lithe and she had a great smile.

She asked, “Do you have service on your phone? Maybe you’re on a different network.”

Her accent was from somewhere in England.

“Comms failures happen all the time,” Reacher said. “Nothing you can do about it, soldier.”

“Are you from Fort Irwin?”

“Is that where you’re headed?”

“We’re supposed to be there now,” she said.

The guy got up and came over, just the same, tall and lithe. But no smile.

Reacher said, “Back in the day.”


“You were in high school. Or the workhouse, or whatever you had over there.”

“Did you know Andrew Parker?"
“British guy. He trained with us. He was a lunatic.”

“He was ours. They still tell stories.”

Royal Military Police. They work for the queen.

The guy stuck out his hand and said, “Tony Jackson.” 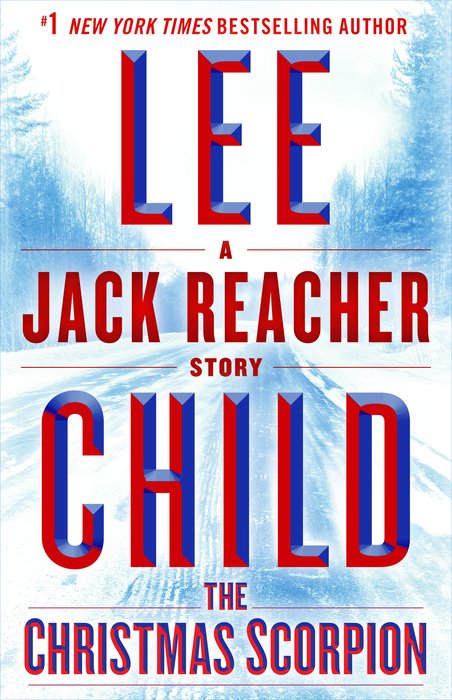