A New Generation Draws the Line

NEW YORK TIMES BESTSELLER • From two survivors of the Parkland, Florida, shooting comes a declaration for our times, and an in-depth look at the making of the #NeverAgain movement.

On February 14, 2018, seventeen-year-old David Hogg and his fourteen-year-old sister, Lauren, went to school at Marjory Stoneman Douglas High School, like any normal Wednesday. That day, of course, the world changed. By the next morning, with seventeen classmates and faculty dead, they had joined the leadership of a movement to save their own lives, and the lives of all other young people in America. It's a leadership position they did not seek, and did not want--but events gave them no choice.

The morning after the massacre, David Hogg told CNN: "We're children. You guys are the adults. You need to take some action and play a role. Work together. Get over your politics and get something done."

This book is a manifesto for the movement begun that day, one that has already changed America--with voices of a new generation that are speaking truth to power, and are determined to succeed where their elders have failed. With moral force and clarity, a new generation has made it clear that problems previously deemed unsolvable due to powerful lobbies and political cowardice will be theirs to solve. Born just after Columbine and raised amid seemingly endless war and routine active shooter drills, this generation now says, Enough. This book is their statement of purpose, and the story of their lives. It is the essential guide to the #NeverAgain movement.

An excerpt from #NeverAgain

BEFORE WE GO ANY FURTHER, I  have  to  interrupt Lauren and tell you that I think her last sentence gets it wrong. From my point of view, what really happened was that I said a lot of things in front of the cameras that night—it’s all a blur now so I can’t even remember most of it. But all the media people picked the same sound bite: “We’re the kids, you’re the grown-ups. Please do something.” And when I said that, I was thinking about Lauren. It’s almost like I was so numb and angry, I needed her to feel for me.
So you could say everything began with her howling at our TV, but that wouldn’t be true, either. Anger will get you started but it won’t keep you going, so I’m pretty sure I would have burned out after a few days or weeks. The real beginning came two days later at Cameron Kasky’s house. I didn’t even know him that well, but he invited an amazing collection of people to his home, and a few others were so moved to act that they just showed up on their own. I want to say their names: Delaney Tarr, Ryan Deitsch, Jaclyn Corin, Sarah Chadwick, Alex Wind. And Emma González, the beating heart who keeps us all sane. That’s why I said I can’t speak for anyone but myself. Lauren and I are telling our story to show you how we grew up into people who felt like we had to do something and could do something. We definitely think that’s valuable information, and we hope that seeing things through our eyes will give you ideas of your own. Because none of us can do this alone and we need you, basically. But  we’re  all  really  different  people.  We  don’t even have the same opinions on gun control. The only thing we share completely is what Lauren said when she was getting started—we were all born after Columbine, we all grew up with Sandy Hook and terrorism and code-red active-shooter drills.
We all have grown up conditioned to be afraid.
And we’re all sick and tired of being afraid.

A New Generation Draws the Line 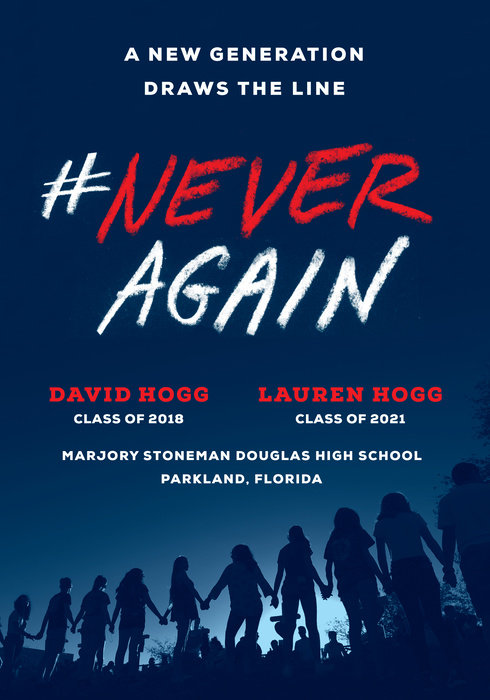