In this inspiring coming-of-age memoir, a world-renowned astrophysicist emerges from an impoverished childhood and crime-filled adolescence to ascend through the top ranks of research physics.

NAMED ONE OF THE BEST BOOKS OF THE YEAR BY KIRKUS REVIEWS • “You’ll encounter one extraordinary turn of events after another, as the extraordinary chess player, puzzle solver, and occasional grifter works his way from grinding poverty and deep despair to worldwide acclaim as a physicist.”—Bill Nye, CEO of The Planetary Society

Navigating poverty, violence, and instability, a young James Plummer had two guiding stars—a genius IQ and a love of science. But a bookish nerd is a soft target, and James faced years of bullying and abuse. As he struggled to survive his childhood in some of the country’s toughest urban neighborhoods in New Orleans, Houston, and LA, and later in the equally poor backwoods of Mississippi, he adopted the persona of “gangsta nerd”—dealing weed in juke joints while winning state science fairs with computer programs that model Einstein’s theory of relativity.

Once admitted to the elite physics PhD program at Stanford University, James found himself pulled between the promise of a bright future and a dangerous crack cocaine habit he developed in college. With the encouragement of his mentor and the sole Black professor in the physics department, James confronted his personal demons as well as the entrenched racism and classism of the scientific establishment. When he finally seized his dream of a life in astrophysics, he adopted a new name, Hakeem Muata Oluseyi, to honor his African ancestors.

Alternately heartbreaking and hopeful, A Quantum Life narrates one man’s remarkable quest across an ever-expanding universe filled with entanglement and choice.

An excerpt from A Quantum Life

I was four years old when my family busted apart. What I remember most about that last night together was all the fussing and fighting. When the noise woke us up, my older sister, Bridgette, and I lay in our bed and listened. Bridgette, who was ten, held my hand and tried to soothe me back to sleep. But the shouting just got louder.

I don’t know who started the ruckus. Mama and Daddy were always getting into it about this or that, but that night was meaner than usual. It sounded like either Mama had been stepping out on him, like Daddy said, or else that was a filthy lie, like Mama said. By the time Bridgette and I stuck our heads out of our bedroom to look, they’d been hissing and hollering for half an hour.

Just then, Mama picked up a heavy glass ashtray full of butts and threw it at Daddy’s head. He ducked and the ashtray hit the wall hard. That’s when Daddy punched her. He used to be an amateur boxer, and a pretty good one, according to Aunt Middy. But I’d never seen Daddy take a swing at Mama. That night, he hit her square across the side of the head. She dropped like a sock puppet. As soon as she went down, Daddy kneeled beside her and started crying and apologizing and petting her up, saying sweetheart this and sweetheart that.

But Mama always kept score, and she would always rather get even than make up. Daddy begged her to come to bed, but Mama just turned away from him and shook her head no. Bridgette led me to our bedroom and sang me a lazy-voice lullaby to lull me back to bed and sang me a lazy-voice lullaby to help me get back to sleep. Mama had other ideas. Later that night, when Daddy was sleeping, she fetched a can of lighter fluid from the barbecue and sprayed it on her side of the bed. When she touched her Zippo to the mattress, Daddy thought he’d woke up in hell, which I guess he had.

When we heard him shrieking, Bridgette and I scrambled out into the hall again, just in time to see Daddy dragging the burning mattress into the backyard. We rushed out behind him through the thick cloud of black smoke that filled the house.

It must have been warm that evening because all the neighbors came out onto their back porches in their underwear to watch. Daddy dumped a pot full of water on the mattress and glared around at the folks on their porches. “What y’all looking at? We got bed bugs is all.”

Bridgette led me back through the smoky hallway to our bedroom, shaking her head like she couldn’t believe she was living in such a crazy house with such crazy folks. Mama stayed on the back porch with her arms crossed, staring at the smoking mattress and sucking on her Kool cigarette.

The next morning, she told me and Bridgette it was time to pack up and clear out. “Hurry up now, before your Daddy gits home!”

We didn’t have any suitcases, so we filled some plastic garbage bags with clothes and whatever else we could grab from out of the house. When we’d pushed everything that would fit into the trunk of our red Ford Maverick, Mama said, “That’s enough.” I climbed in behind the driver’s seat and Bridgette loaded whatever was left into the backseat next to me: a bunch of shoes and bowling trophies, an old blanket and a pile of Mama’s dresses still on hangers.

Then we were driving out of New Orleans East and out of the Goose, the only neighborhood I’d ever known. I asked Mama where we were going, and she said, “California.” I didn’t know what “California” meant. When I asked her if Daddy was coming to California, she just said, “Hush up, now,” and lit a Kool. I didn’t want to be a crybaby, but my lips started trembling and then my whole head was shaking and snot was running out of my nose. I looked through the back window at the Goose and said goodbye with my eyes.

Bridgette rode shotgun up front, scanning the radio for Motown songs. While Sly and the Family Stone sang “Family Affair,” I counted the 185 seconds it took to play. Then I counted the lampposts spinning past as we headed out of town. Counting was always the way I slowed things down when they felt like they were moving too fast. I’d count heartbeats, stairs, or the rotations of a ceiling fan. When we reached the highway I counted the cars driving past us in the other direction. After the sun set I counted the passing headlights till I fell asleep.

I woke after dark and had to pee. Mama pulled over and I climbed out into the chilly night air. There were no cars and no moonlight—just two spouts of headlights pointing forward into the dark. I felt tiny peeing out under the biggest, blackest sky I’d ever seen. Mama was smoking a cigarette alongside the car, and when I asked her why the sky was so big, she told me, “That’s a Texas sky. Everything’s bigger in Texas.” As my eyes adjusted to the dark, the stars overhead grew brighter and brighter, and I felt smaller and smaller.

Then we were rolling west again, and there was nothing left to count along the darkened highway. So I lay out across the pile of Mama’s dresses, stared up through the window at a slice of sky, and began to count the stars. 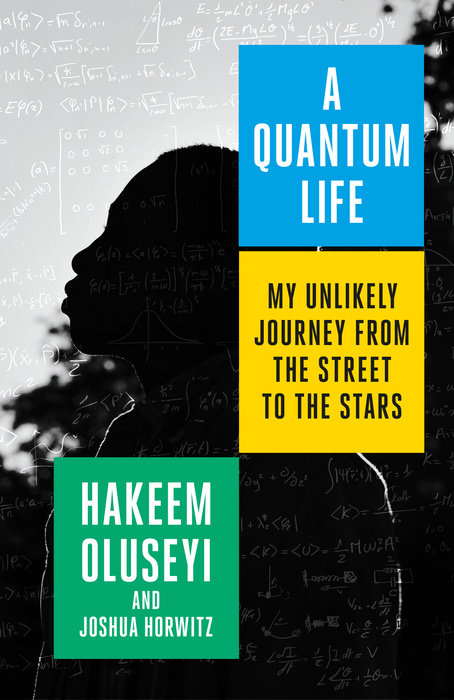