“Super sexy! Against a sensual New Orleans backdrop, Moonlight & Whiskey follows a woman’s journey toward acceptance of her body and herself.”—Helen Hoang, author of The Kiss Quotient

When life gives you curves, you gotta learn how to rock them.

Successful businesswoman Avery Barrows likes her dips and curves, but she’s sick of the haters telling her that she should be ashamed of her body instead of embracing it. Determined to send them a big f*** you, Avery resolves to cut loose during a girls’ trip, hightailing her quick-mouthed, plus-sized self to New Orleans. So, what’s a smart woman with a little extra gotta do to get laid in this town?

Not much if you ask Declan McGinn, the lead singer of BlackSmith. Tall, dark, and tattooed, with a body made for sin, Declan prefers his women as curvy as his guitars. Avery’s sharp tongue and keen mind makes him want her even more.

As they burn up the sheets, Avery and Declan realize this is no one-night (or even one-week) stand. But for all of her bluster, Avery isn’t sure she can handle any more rejection. Besides, Declan has demons of his own. Now Avery has a choice to make: play it safe, or place her trust in the hands of a man who’s as tempting as the devil himself.

“This book has it all—emotion, lots of laughs, and a touch of reality we all can relate to. Don’t miss this story.”—USA Today bestselling author Stacey Kennedy

“Avery is the foul-mouthed heroine of my dreams. Tricia Lynne absolutely knocks it out of the park with Moonlight & Whiskey. Her fabulous voice mixed with her super steamy romance makes this an absolute must-read!”—Alexa Martin, author of Intercepted, an Amazon Best Romance of 2018 Pick

“This is just the book I was looking for, and a new author, which I have been craving. The writing is really fantastic! Moonlight & Whiskey gives you angst, humor, sexiness, and resolution. It is a fantastic read. I connected with Avery in a way I have never connected with another leading lady.”—Reading is What I Do (five stars)

An excerpt from Moonlight & Whiskey

Conversely, I was soft, curvy, and not a size six.

I’d been told I wore the weight well, that I had a pretty face. All the shit curvy women heard. Men told me I had a great rack. That if I lost forty pounds I’d be acceptable––that’s actual verbiage––and even referred to flirting with me as “taking one for the team.” I’d never be thin. Some women weren’t meant to be, but like most, I still wanted to feel feminine. Sexy in my skin. Desirable––just as I was.

Christ, I can’t believe I let Kat talk me into this. Feminine and sexy, she said. This might have been my crazy idea after one–too–many glasses of wine last night, but she knew how to nudge me to get me to follow through. Which was how I ended up in a tacky-as-hell waiting room.

The chair I occupied––if you could call it a chair––was a clear plastic, modern thing that was way too narrow for my ass. Black-and-white photos of chiseled female torsos lined the walls, a hot pink chandelier hung suspended over a zebra-print ottoman full of beauty magazines and gossip rags. And the rest of the all-female clientele could have been in a casting room for a skin flick, which drove me bat-shit crazy.

Some wore yoga pants with belly rings, and T-shirts likely purchased in the children’s department. Others were the Louis Vuitton–toting, fake-boobed trophy wives with five-carat diamonds and one too many syringes of Botox. There were even a couple of professionals: tailored business suits, Louboutin peep toes, and crimson lips that matched their Prada laptop bags.

And not a one of them weighed more than my right leg.

I was the only Adele in a room full of Pam Andersons and Angelina Jolies. The only other “plus-sized” girl in the room was on the cover of a health magazine in a “before” picture with a caption that read, “How I Lost Half My Body Weight in Six Months.” Although none of those women could have taken me in a fight, there I sat, letting the Real Housewives of Dallas give me the disapproving once-over.

Well, screw that and them, and their not-so-sly side-eyes of distaste.

See, I knew what I looked like with my sweet round face and tight brown bun. My beige pencil skirt and kitten heels. My dimples and reading glasses. I looked like an enginerd, and I was okay with that—I’d learned to appear asexual––it was the role I had to play as a female engineer trying to make partner in my firm.

The thing was, I had an entirely different woman locked inside of me. That chick had a huge set of balls, liked hard rock music, and drank her whiskey neat. She mouthed off with great satisfaction and cussed like a well-informed sailor. She had little filter between her brain and mouth, and a zero-tolerance policy on stupidity.

She made my appointment, thinking it would be a great way to kick off the vacation where I intended to give her free rein on New Orleans and let her act like the little hussy she was. She thought I should feel sexy and feminine, comfortable in my skin. And if I had to fake it till I’d made it? So be it.

Shit. Easier said than done and all that. “Yeah,” I croaked in my Midwestern accent as my nerves redoubled. My badass disappeared at the most inconvenient times.

I cleared my throat, trying to wage war on the nerves. “Yes.”

“Well, I hope it won’t be your last.” She winked and then ushered me down the hall into a small room, closing the door behind us. “Okay, Avery. You’ll need to undress from the waist down. Please use the baby wipes to clean the area of any body oils or debris, and there’s a towel on the table for you to cover up with. I’m sure you’re a bit nervous but try to relax. I’ve done thousands of Brazilian waxes and I promise to make it as painless as possible.”

It wasn’t the pain I was worried about. But letting this woman see my body, the lack of a thigh gap and softness of my stomach. Yeah, I could go a lifetime without doing that.

“You get undressed and prepped, and I’ll grab you a glass of wine. Red or white?”

“Whiskey,” I replied, and Jess chuckled as she pulled the door closed.

Shucking my shoes, skirt, and practical cotton hipsters, I cleaned up with the wipes and pushed up on the table, concealing as much of my hips as I could with a hand towel, tugging this way and that in hopes it would magically cover more. God, why had I thought this was a good idea? What if she has to use extra wax, or ask me to stretch my skin to get into the crease of my thigh?

With a tap on the door, Jess breezed in, handing me a large glass of red, from which I swallowed deeply.

“Okay, lay back for me, Avery. I need you to pull your legs up like a frog and spread wide. Just bend your knees and let them fall open.”

“Jesus,” I mumbled, slapping a hand over my eyes. Jess chuckled as she took my wine and towel. Then I chanced a peek south. Shit. I hadn’t trimmed in a while. With my cocoa-colored hair, it looked like a family of lowland gorillas had staked out their territory and were living quite comfortably in my lady garden.

“Perfect,” she said, and applied warm wax to my pubic bone, effectively smothering my gorillas. “What made you decide to try a Brazilian?”

Small talk? Really? “My friend, Katia. We’re taking a girl’s trip to New Orleans and I thought, what the hell . . . it’s New Orleans.”

“Hmphf.” Holy shit! It felt like sitting on a mound of fire ants.

“How was that? Painful?”

“Not as bad as I thought.” I totally lied.

“You didn’t even flinch, good girl. Kat is one of my regulars. I saw her yesterday and she said she was sending me a new client.”

“Mmphf.” Sonofabitch. “Yeah, Kat’s like family. We were roommates at the University of Texas.”

“Well, it shouldn’t be hard for you two to find trouble in New Orleans.” RRRIP.

Ooh, definitely a flinch there.

Jess smoothed the cooling gel over my tender skin, and so it continued with the rips and the small talk.

“Okay, for this last area, you need to turn over on your front and get up on all fours. Spread your knees apart as wide as you can.”

The corner of her mouth twitched. “Most women’s pubic hair extends over the perineum and around the anus, even a little on the inside of the cheeks. A Brazilian includes the rear end as well.”

“Seriously? I thought hairy asses were only a guy thing.”

Jess snickered. “There’s not much, but most women have some. You can pass if it makes you uncomfortable.”

“Yeah, because having a relative stranger’s hands in my kitty isn’t embarrassing at all.” I blew out a breath. “I’ve come this far. Yeah, go ahead,” I said, trying desperately not to think of how wide my ass would look stuck in the air.

I assumed the position and jumped at the first brush of her fingers. Well, hello there.

“So, are you seeing anyone? Will he or she be surprised?”

She applied warm wax over my inner cheeks. “You know, NOLA is a great place for a hookup. Maybe you’ll meet someone and you can show off your new baldie.” RRRIP. RRRIP. RRRIP.

Gentle fingers brushed over my backdoor as she smoothed on the gel. Thank God for gel.

“There. All finished.” Jess snapped off her gloves. “You can turn around.” She handed me the towel and I tried not to make the eww face at how slickery my butt cheeks felt as she told me how to care for my skin and when to follow up. “Don’t worry, Avery. The first time is always the worst. It gets less embarrassing.”

Yeah, bitches. I got me some huge balls.

Tricia Lynne is fluent in both sarcasm and cuss words—a combination that tends to embarrass her husband at corporate functions. A tomboy at heart, she loves hard rock, Irish whiskey, and her Midwestern roots. She’s drawn to strong, flawed heroines, and believes writing isn’t a decision one makes, but a calling one can’t resist. A member of the Romance Writers of America, she lives in Dallas with her husband and their goofy dogs. 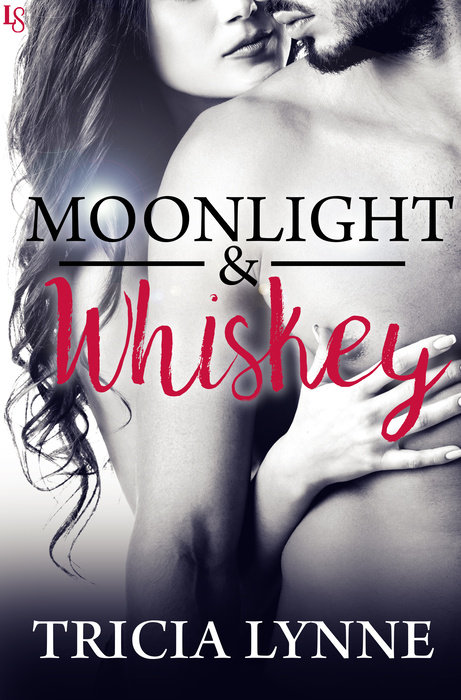