Harness the Healing Energy of Forest Bathing and Natural Landscapes

In The Secret Therapy of Trees, Marco Mencagli and Marco Nieri explore the relationship between plants and organisms, and illustrate how to benefit from nature's positive impact on our psychological and physical well-being.

Our connection to nature is deeply rooted in the history of our evolution. And yet, we have less contact with green space now than ever, and our stress and anxiety levels are at an all-time high. The Secret Therapy of Trees helps us rediscover the restorative value of our natural environment and presents the science behind green therapies like forest bathing and bioenergetic landscapes, explaining which are the most effective and how to put them into practice to achieve the best possible results.

Studies have shown that increased exposure to green space can result in a regulated heartbeat, lowered blood pressure, reduced aggressiveness, improved memory skills and cognitive function, and a healthier immune system. Just one visit to a forest can bring positive effects (hint: monoterpenes, the natural essential oils in plants, have numerous positive effects on health), and even a mindful walk through a semi natural park can alleviate physical and psychological stress.

With multiple studies backing its findings and thorough explanations for each technique, The Secret Therapy of Trees is a treasure trove of tips on how to harness the regenerative power of plants and reconnect with our planet's natural spaces, bringing us health and happiness.

You'll also discover:
* Which plants purify the environment at home and in the office
* The benefits of negative ions and where to find them
* How to recharge through contact with trees

An excerpt from The Secret Therapy of Trees

Nature’s Imprint: Is It Truly Forever?

It’s not so hard to admit: our contact with nature has become increasingly rare. Not exactly breaking news. Life moves on regardless . . . maybe not exactly how we would like, but it does.

Unfortunately, this mind-set minimizes the problem at hand. We like nature, we know it’s important for our well-being, but we don’t give it a central role in our lives. This is a generalization, of course. Even in today’s hypertechnological world, some of us think and act differently. In fact, there are young people who are returning to rural life, an indication of the trend toward ecological and environmental sensitivity. Still, they are the minority.

In 2009, the world’s population surpassed 6.8 million: that was the year in which, for the first time, city dwellers outnumbered rural residents, an occurrence that the Worldwatch Institute had predicted for 2008. Demographers have shown that this trend will continue to rise. The latest forecasts hypothesize that by the year 2030 approximately 75 percent of the world’s population will live in urban areas.

While Europe and North America have already reached this percentage, the rest of the world is racing to urbanize. There are at least twenty (or twice that, if greater metropolitan areas are considered) world megalopoli, cities with over ten million inhabitants, at least two of which are in Africa.

It’s time to start examining how our relationship to nature has been affected in light of this societal shift, instead of passively accepting our circumstances. At the root of our substantial indifference to this situation, as we must acknowledge, is a certain desire not to know. It’s similar to the attitude many have toward events of vast social significance: when faced with issues we find too difficult, we prefer to hand the problem to someone else. But leaving the decision up to others could have disastrous consequences.

Some people, for example, provocatively assert that all this attention on environmental issues and humanity’s relationship to nature is just a fad. Others believe we should establish a new bond with the natural world: something more technical, more geared toward extracting benefits based on cause and effect, where nature becomes a tool (not to say a consumer product) for self-improvement. We respectfully disagree: something inside us, a little voice, tells us that can’t be right. But what is the source of that voice? Perhaps it’s the part of us that conserves the historic (or rather, genetic) memory of who we are and where we come from.

So that’s where we should start.

For a very long time, natural environments have been our habitat, or, to be more precise, our home. At first, we were humble occupants, then we resolved to become ambitious dominators. Here are some facts to consider--the genus Homo has existed on Earth for 2.3 to 2.4 million years, according to the latest anthropological studies. And the more “human” variant of the genus Homo, the one that most resembles us, has been given an age of approximately 1 million years, more or less coinciding with the time that they learned to use fire.

The species Homo sapiens formed just under two hundred thousand years ago on the continent of Africa, the same place where their ancestors-predecessors originated. When Homo sapiens appeared, Homo erectus also existed in Asia, and Homo neanderthalensis in Europe. Homo erectus went extinct soon thereafter, while we know that at least forty to fifty thousand years ago Sapiens encountered--and for a short time lived alongside--Neanderthals, before the latter went extinct in turn.

After their appearance on the planet, Sapiens briefly remained in their place of origin, Africa, but within a hundred thousand years they had colonized the Middle East and from there moved onto other lands: Southeast Asia, Europe, Oceania, and America.

For a very long time, the first representatives of the Homo genus were gatherers and then hunters, living off what nature was able to offer more or less spontaneously. The shift to agricultural society, which happened gradually, was unique to Homo sapiens. In fact, the first “professional” farmers emerged just eleven thousand years ago. Once human beings began devoting themselves to agriculture, their dwellings shifted from the forests. After all, hunter-gatherer villages contained only a few dozen people, while those of a farming society could easily exceed a hundred. These new communities required more space.

The first true cities, with hundreds of inhabitants, arose just over eight thousand years ago. (It is estimated that the world’s population at the time was no more than seven to eight million--a very modest number compared with, for example, the buffalo population then living on the North American plains.) Over the course of the next eight thousand years, the rise in urban population essentially never saw a downturn.

These few figures are enough to establish with some certainty that--as the beginning of the agricultural age ushered in the definitive retreat from the forests and savannas--man as a species has spent 99.5 percent of his evolutionary time in completely natural environments. Even today, a portion of the world’s population spends their entire existence there. Perhaps a bit loosely, we “civilized” humans tend to define these environments as “green space,” sometimes imprecisely alongside the expression “untouched by man.” Let us remember, however, that our species lived in these places--and only in these places--up until, in relation to the entire history of our species, what amounts to a few moments ago.

It is therefore possible that our own evolutionary history is what drives us to love green spaces, even in the context of contemporary living. There are several fascinating examples that illustrate this theory, on both the emotional and behavioral level.

Our Unbreakable Bond with Nature

The scientific community is still unable to definitively determine how many colors the human eye can perceive. Various biomedical reports show numbers ranging from a minimum of 100,000 to a theoretical maximum of 10 million shades. Yet there is a consensus (and study results) that green is the color for which humans can distinguish the greatest number of shades. The difference is significant: for green it’s about 100 hues, while for other colors, including composite colors, it’s only a few dozen. This phenomenon has evolutionary origins.

Green is the most common color in nature, as it is the typical pigment color of chlorophyll, which is present in all primitive and evolved plant species that use the process of photosynthesis. The ancestors of Homo sapiens, certainly not one of the strongest mammals on the planet physically, quickly learned to discern the various shades of green in vegetation, deciphering the elements of the surrounding environment in order to increase their chances of survival. This behavioral adaptation translated into a morphological and physiological adaptation of our “warning system”: an imprint of nature that has remained with us up to the present.

Even more surprising are the differences between reaction times at the sudden appearance of an animal or a moving object, such as a car. Recent studies conducted at the University of California, Santa Barbara, have shown that those who live in urban environments, no doubt more used to navigating the dangers of traffic and moving vehicles, demonstrate much shorter reaction times at the sight of an animal than an automobile suddenly appearing in their field of vision.

Equally noted are the several experiments conducted on small children who had never been exposed to potentially dangerous animals such as spiders or snakes. Even if the children couldn’t understand the threat from a cognitive perspective, they showed a physiological response to the stress of merely viewing images of such animals.

Analogous experiments have been conducted using sophisticated camouflage techniques to show adults images of potentially dangerous animals (like spiders) in rapid succession interspersed with neutral objects, such as flowers and mushrooms, so that the subject did not consciously perceive the stimuli. Electroencephalograms regularly registered stress responses at the sight of the threatening stimuli, a sign that “ancient fears” are well rooted in the subconscious and show greater resistance to repression than other modern threats, like guns or knives.

Similar studies focusing on our sense of hearing confirm that human beings register and decipher nature sounds differently than those connected with modern life. For example, one might assume that an alarm created by a rapid series of high-pitched sounds (typical for danger signals) would trigger an alert response very quickly. However, a study published in 2010 in the Journal of the Acoustical Society of America demonstrated that people react fastest to the sounds of animal predators, like the lion, tiger, or jaguar, rather than to common artificial alarms. Of course, that doesn’t mean that using a lion roar for a home security alarm would be more effective in deterring unwanted visitors, though it would be an interesting experiment.

On the other hand, natural noises such as water flowing down a stream or birds chirping can mask our auditory perception of street traffic and other noises typical of urban environments. Indeed, the introduction of nature sounds seems to diminish the disturbance of artificial noises, especially in indoor work environments.

Harness the Healing Energy of Forest Bathing and Natural Landscapes 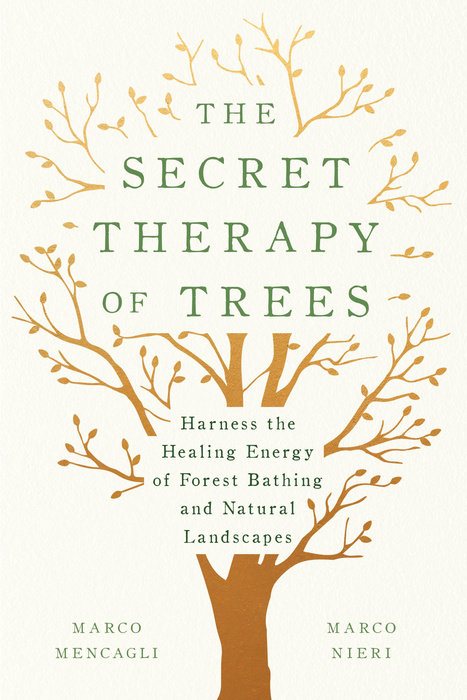