A gorgeously illustrated collection featuring inspiring immigrants from every country in the world, celebrating the incredible range of what it means to be an American

This dazzling volume brings American immigrant stories to life in short biographies written by award-winning writer Sara Nović, with charming full-color illustrations by Alison Kolesar. At a time when public debate is focused on who belongs in America, this book honors the crucial contributions of our friends and neighbors who have chosen to make this country their home.

Featured within are war heroes and fashion designers, Supreme Court justices and pop stars, athletes and civil rights leaders, as well as:
• the doctors who saved Ronald Reagan’s life
• the creators of iconic American products like Levi’s, Chevy cars and trucks, and Nathan’s Famous hot dogs
• the scientists who contributed to the Manhattan Project
• the architects behind landmarks of the American skyline like the World Financial Center in New York City, the Gateway Arch in St. Louis, and the Sears Tower in Chicago
• Plus these familiar names from every walk of life:

An excerpt from America Is Immigrants

Migrated from Cuba circa 1933

One of America’s most beloved television couples almost wasn’t.

When executives approached starlet Lucille Ball about adapting her popular radio show for TV, she insisted her real-life husband, Desi Arnaz, be her co-lead. CBS was opposed to a Latino man playing the husband of an all-American redhead, but the couple wouldn’t budge. When executives relented, the television classic I Love Lucy was born.

By some accounts, Ball and Arnaz were TV’s first interracial couple; undoubtedly they were the first bicultural one. Arnaz’s character, Ricky Ricardo, was designed to upend stereotypes: He was a successful businessman, and the rational one of the pair. Arnaz’s heritage was a focus of the show, but not as fodder for cheap jokes; only Lucy was allowed to mimic his accent.

Arnaz was also an innovative producer. He and his crew developed the multicamera setup that allowed for recording on adjacent sets in front of a live audience, a system that would become widely used in television production. Arnaz negotiated to retain the rights to the show’s content so that he and Ball could advocate for, control, and profit from syndication. Because of this, Arnaz is considered the inventor of the rerun, and he and Ball became the first-ever TV-actor millionaires.

The rest is history—xenophobic concerns about Americans’ ability to connect with a Cuban lead were all for naught. On January 19, 1953, the episode “Lucy Goes to the Hospital” drew more viewers than the inauguration of President Eisenhower the next day. Over half a century later, the show’s reruns continue to delight television audiences.

Arnaz, who had arrived in the States as a teenage refugee, today has two stars on the Hollywood Walk of Fame.

Migrated from Ireland in 1924

Before she programmed computers, she was a computer. One of about a hundred women employed by the army as human “computers” during World War II, Kay McNulty calculated missile trajectories. The work was painstaking; each weapon had its own firing table, each table had about 1,800 trajectories, and every trajectory took about thirty to forty hours of hand calculations.

The slow pace of progress on a single table meant turnover was high, but McNulty had always had a knack for numbers and didn’t find the job tedious. She’d arrived in the States as a young girl when her father, imprisoned for his affiliation with the Irish Republican Army, moved the family to Philadelphia upon his release. At the time McNulty knew only Gaelic but went on to excel in school and become one of three women in Chestnut Hill College’s class of 1942 to graduate with a degree in mathematics.

In an effort to speed up computation processes, engineers developed the ENIAC, one of the earliest computers. The media dubbed the eight-by-eighty-foot behemoth the “Giant Brain,” but few understood its power. McNulty was one of six people chosen to program the ENIAC.

With no set programming language, the women invented and wrote programs out on cards, then physically input them into the ENIAC’s panels by hand via cables and switches. At the time, none of them knew they were performing calculations toward the development of the hydrogen bomb.

As with many women’s roles during World War II, the contributions of McNulty and her colleagues were forgotten to such an extent that recent historians who came across a photo of women beside the ENIAC believed they had been placed there as models. The lack of acknowledgment, though, didn’t bother McNulty, whose interests in recognition lay closer to home. “If I am remembered at all, I would like to be remembered as my family storyteller,” she said.

Today, most Americans can’t imagine their daily lives without computers, cellphones, or the Internet. Many of the apps and websites we use every day were created by immigrants.

Andrew Grove (Hungary) A co-founder of Intel, he served as the company’s CEO, COO, and president, and was Time magazine’s 1997 Man of the Year for his contributions to “the growth in the power and the innovative potential of microchips.”

Jerry Yang (Taiwan) Knowing only the word shoe in English when he arrived in San Jose, California, he went on to co-found Yahoo and organize the venture capital firm AME Cloud Ventures.

Max Levchin (Ukraine) A co-founder of PayPal, he was particularly focused on fraud protection systems, including an early iteration of today’s CAPTCHA technology.

Christina Qi (China) In 2014 while an international student at MIT, she founded with friends in her dorm Domeyard LP, a hedge fund company that creates custom software for high-frequency trading. Today, Domeyard does $1 billion in trades each day.

Migrated from the Bahamas in 1942

At first, Sidney Poitier was an accidental American. His parents, tomato farmers on Cat Island, Bahamas, traveled often to Miami by sailboat to sell their produce, and it was on one such trip that he was born, more than two months premature. It was 1927, and he was not expected to survive, but the family returned to the Bahamas a few months later with a healthy baby boy.

He had no formal education. When he was ten, his family moved to Nassau, where he saw his first car, glass windows, running water, and electricity. It was also the first time he saw a motion picture.

At fifteen he returned to Miami to live with his brother, but fled to New York City after a run-in with the KKK. He auditioned for the American Negro Theatre and was rejected for his thick accent and poor reading skills. Working as a dishwasher, he asked a waiter at the restaurant to help him practice reading the newspaper. He spent hours mimicking radio newscasters to reduce his accent.

He returned to the American Negro Theatre and was again rejected, but did janitorial work in order to take classes, eventually squeezing himself into an understudy position. When one night a play’s star, Harry Belafonte, didn’t show, Poitier took the stage. A director who happened to be in the audience invited him to audition for an upcoming Broadway show. Poitier was nineteen.

Eighteen years later, he would become the first black person and the first Bahamian to win an Academy Award for Best Actor, for his role in Lilies of the Field. Poitier recently told the American Academy of Achievement’s What It Takes podcast that one of his life’s big regrets was not being able to find the waiter who’d taught him how to read.

Migrated from Moldova via Palestine in 1930

If life imitates chess, seven-time U.S. women’s chess champion Mona May Karff was a well-protected queen. Shrouded in mystery, so little was known about her origins that the United States Chess Federation listed her birthplace only as “Europe.”

Karff was born in Bessarabia, a Russian territory most of which is known as Moldova today. Her father taught her to play chess before she’d reached double digits, and soon she was beating him and other challengers with ease. Of Jewish ancestry, she and her family moved to Tel Aviv, where she dominated the local tournament-chess scene.

She set out for the United States at age twenty-one and briefly married her cousin. Karff was so quiet about her past that even her best friend didn’t know she had been married until nearly half a century later, though a subsequent long-term relationship with U.S. Open chess champion Edward Lasker was common knowledge.

In 1950, she was one of the first American women to be named International Woman Master, but even the limelight couldn’t reveal much about her life beyond the board. She sometimes called herself by the initial N, but refused to explain where the N had come from. Friends knew only that she traveled widely for tournaments and pleasure, spoke eight languages, and liked art and opera. After her death it was discovered that, while not a queen, she was sitting on a small fortune: A talented stock market investor, she’d amassed millions and a large art collection from the comfort of her Manhattan apartment without anyone noticing.

Sara Nović holds an MFA from Columbia University, where she studied fiction and literary translation. Her first novel, Girl at War, won the American Library Association’s Alex Award, and was a finalist for the Los Angeles Times Book Prize. She is an instructor of Deaf studies and creative writing, and lives in Philadelphia with her family. 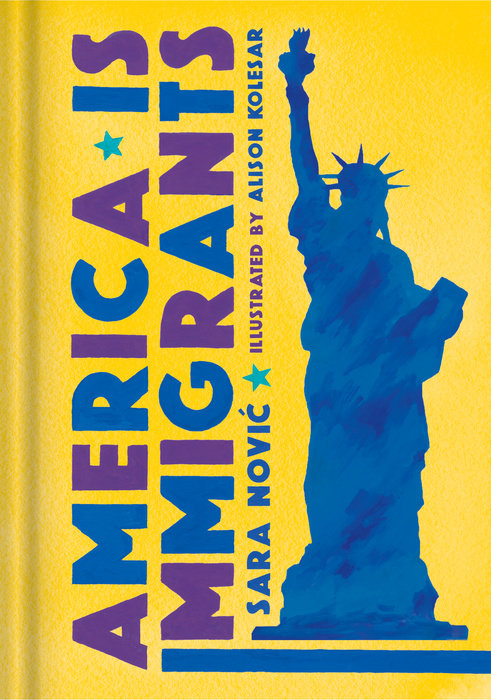