A Modern Guide to a Historic Beverage

“Not just a thorough guide to the history of apples and cider in this country but also an inspiring survey of the orchardists and cidermakers devoting their lives to sustainable agriculture through apples.”—Alice Waters

Cider today runs the gamut from sweet to dry, smooth to funky, made from apples and sometimes joined by other fruits—and even hopped like beer. In American Cider, aficionados Dan Pucci and Craig Cavallo give a new wave of consumers the tools to taste, talk about, and choose their ciders, along with stories of the many local heroes saving apple culture and producing new varieties. Like wine made from well-known grapes, ciders differ based on the apples they’re made from and where and how those apples were grown. Combining the tasting tools of wine and beer, the authors illuminate the possibilities of this light, flavorful, naturally gluten-free beverage.

And cider is more than just its taste—it’s also historic, as the nation’s first popular alcoholic beverage, made from apples brought across the Atlantic from England. Pucci and Cavallo use a region-by-region approach to illustrate how cider and the apples that make it came to be, from the well-known tale of Johnny Appleseed—which isn’t quite what we thought—to the more surprising effects of industrial development and government policies that benefited white men. American Cider is a guide to enjoying cider, but even more so, it is a guide to being part of a community of consumers, farmers, and fermenters making the nation’s oldest beverage its newest must-try drink.

An excerpt from American Cider

Some 500 million years ago, an island chain forcibly slammed into the East Coast. With steep and magnificent splendor, the Appalachian Mountains rose from the collision, and they stood in their formative years with the same grandeur and magnitude as the Himalayas. It is believed these mountains first formed from hard-­packed mud on the ocean floor, at great depths void of light and warmth. Centuries later, long after the completion of the mountain-­forming process, the Appalachian Mountains would come to stand not only as the backbone of the American South, but as the very spine of Southern culture.

We start here, along the southern coast of the Atlantic Ocean in the shadow of the Appalachian Mountains. This is where, in 1607, the English established the first settlement in what would grow into the United States. From Jamestown, Virginia, along the James River, European customs, religions, agriculture, diets, and laws were first employed, and they spread through a vast new land of seemingly countless acres and endless opportunity.

The Southern colonies were a more direct translation of European society and its class divisions than their counterparts in the North, where concentrated wealth developed along the coastal shipping industry. A landed elite were able to control the primary economic wheels, while in the North subsistence farms eked out an existence on the margins.

The United States’ regional economic and cultural differences were shaped by the motives of the first European settlers. Where early New England colonies were defined by Puritan aspirations for religious liberties, Southern settlers—­who were funded by the ruling English aristocracy—­were driven by the king’s desire to acquire fertile land, expand the market for English goods, and discover what was then believed to be a navigable northwest passage from the Atlantic Ocean to the Pacific Ocean, along with the wealth and resources that would bring.

Systematic apple growing and cidermaking in the Southeast began with the arrival of Europeans. Starting in 1607 from the coastal English settlement of Jamestown, apples crept over the coastal plain toward the foothills, peaks, and valleys of the Appalachian Mountains.

Jamestown was North America’s first permanent English colony. Apples were a proven part of the English landscape, culture, and diet, so settlers brought seeds with them. These seeds would find the southern heat and long summers favorable, but it took trees ten or more years to bear fruit, and Europeans struggled to survive while waiting.

After the third winter in Jamestown, known as the Starving Time, investors in the London-­based Virginia Company realized that disease and starvation were preventing social and economic development. Faced with a failing colony, they began issuing subpatents for land in Virginia. In what was known as the headright system, they offered fifty acres of land to anyone willing to pay their way—­or someone else’s—­to make the transatlantic voyage. And so wealthy, educated colonists became the first landowners in the future United States.

The elite soon acquired more land than they had workers, setting the stage for the southern plantation system and a political and social structure that reverberated for generations. By 1630, Virginia was exporting more than 1.5 million pounds of tobacco per year, and the notoriously labor-­intensive crop demanded large tracts of land, with many working hands, to maximize efficiency and productivity. Efforts were made to populate the colonies and produce a viable workforce, but none were able to supply enough labor or alleviate the growing rift between rich and poor. The answer, ultimately, came in the form of indentured servitude and slavery.

Indentured servants made up the bulk of Virginia’s early workforce. Mostly men, they signed up for extended contracts and were promised land upon completion. Freed servants established subsistence farms on land they owned or rented from elite landowners, and their families lived with a degree of comfortable independence in times of dire uncertainty. Unwilling to parcel their land for free people, plantation owners began buying African slaves. Colonists first forced Indigenous people into labor, as the Spanish had done in Florida, the Caribbean, and South America in the sixteenth century. In the Southeast, colonists began shipping Indigenous people as demand for labor in Caribbean sugar fields rose. Into the turn of the eighteenth century, upward of fifty thousand Indigenous people were shipped from Carolina ports. The first enslaved Africans arrived in 1619, bringing with them an agricultural expertise not found among the English colonists. While this expertise was mostly focused on rice, cattle, and row-­crop cultivation, seventeenth-­century slaves also tended to the early orchards of the Southeast.

Off of plantations, many subsistence farmers planted homestead seedling orchards because of the low initial investment and ease of maintenance. As trees matured, apples could be consumed fresh from the tree or cooked into sauce, butter, and jelly. Juice could be turned into cider and vinegar. Apples could be peeled and dried or stored through winter—­the only fruit in the South with those bragging rights. As the region was colonized, apples became the premier edible crop.

Apple trees, because of their adaptability and versatility, added value to any and all property. Land leases often required subsistence farmers to plant apple trees, and small subsistence farms had as many as two hundred, mostly grown from seedlings. On sprawling estates of the cultural elite, apple trees were planted in the thousands, often from selected varieties.

Apple trees were adopted, nurtured, and cared for by people of different social, racial, and economic groups, and this led to an array of diverse methods, motivations, and capabilities in the orchard and cellar. Two distinct apple and cider identities developed: that of the cash crop plantations, defined by large enslaved workforces doing specialized tasks for a few crops along the eastern plains and hills, and that of the small subsistence farmers surviving in the mountains and other less desirable plots of land.

In 1642, William Berkeley, the first governor of Virginia, cultivated 1,500 fruit trees at his Green Spring estate. Two years later, he made the declaration that every planter must “for every 500 acres granted him . . . enclose and fence a quarter-­acre of ground near his dwelling house for orchards and gardens.” Thomas Jefferson, fellow founding father George Mason, and other early American aristocrats were often amateur practitioners of pomology. They grafted some of their favorite apples, like Hewe’s Virginia Crab Apple (aka Hewe’s Crab) and Newtown Pippin (aka Albemarle Pippin), and, together with their enslaved and hired help, studied, cultivated, and made cider from these apples.

Jefferson’s primary cidermaker was Jupiter Evans, an enslaved man who was also Jefferson’s personal butler from the time Jefferson was the age of twenty-­one. Jefferson and the aristocratic cohorts were able to afford a consistent and deliberate cider experience, one that was worlds away from the rough seedling cider enjoyed by less prosperous farmers. Jefferson’s reverence for cider and certain apple varieties, commonly celebrated by historians, is almost assuredly thanks to knowledge he gleaned from the masterful work and understanding Evans had of apples, orcharding, fermentation, and cider. But complete disregard for Black freedom and rights in the antebellum South and beyond has wiped significant pieces of African culture from history—­and Black contributions to cider are no exception.

African cultures played a significant role in the development of the country, and the African community was often consulted for its knowledge of particular crops. Governor Berkeley, in the 1640s, learned about growing rice from African slaves. In this case and others pertaining to the likes of indigo and tobacco, the Black community built a foundation of knowledge for whites to execute certain crops, from which point on all Black contributions save labor were ignored.

A Modern Guide to a Historic Beverage 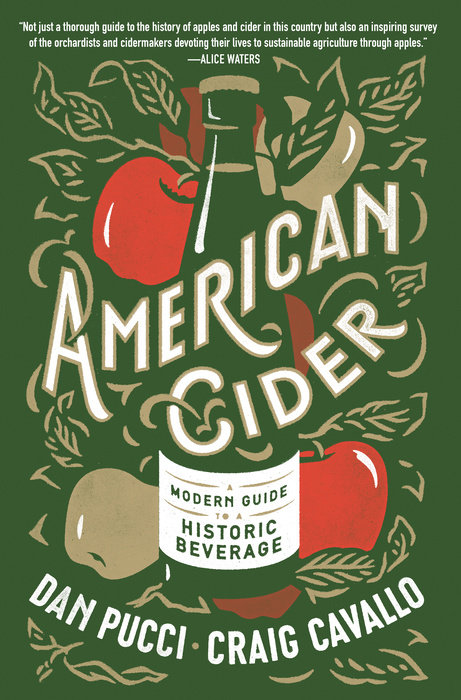