A Drinker's Guide to the Freewheeling World of Bubbles

Zachary Sussman and Editors of PUNCH

This is the definitive guide to sparkling wine today, complete with profiles of exemplary producers, bottle recommendations, colorful infographics, and illustrated guides.

Sparkling Wine for Modern Times considers sparkling wine traditions and offerings from around the world. This approachable book explores our perpetual fascination with sparkling wine and places each regional expression within the wider wine zeitgeist—from the radical grower revolution reshaping the highly conservative area of Champagne to Prosecco's overnight transformation into a multi-million-dollar brand to the retro appeal of natural wine's cult-hit pétillant naturel to the next generation of "real wines" from Lambrusco, and beyond.

The book covers the essential information for each growing region and highlights up-and-coming areas such as Jura in France, as well as can't-miss trends including traditional-method Sicilian sparklers and Califorinian pét-nat. For each region, renowned wine writer Zachary Sussman gives expert bottle recommendations to seek out—wines that truly capture the style and spirit of the place. Fun and informative illustrated timelines, color charts, and production-method breakdowns from illustrator Nick Hensley appear throughout for quick learning. For anyone who's ever wondered why bubbles are confined to birthdays and holidays, Sparkling Wine for Modern Times is your go-to guide to enjoying sparkling wine all year long.

An excerpt from Sparkling Wine for Modern Times

We’ve all encountered that guy at the dinner party who makes a big show of correcting you for calling the sparkling wine in your glass “Champagne” even though it comes from somewhere outside the celebrated region of France.

In 2017, however, Canadian Daniel MacDuff took this standard wine-snob microaggression to an extreme when he filed for damages against Sunwing Airlines, a Toronto-based budget carrier, for serving passengers a generic sparkling wine in place of the advertised “complimentary onboard champagne toast.” Given the nature of the offense, a class-action lawsuit definitely seems excessive. (The airline dismissed MacDuff’s case as “frivolous and without merit.”) Nevertheless, there’s a lesson to be gleaned from the incident.

Typically, when someone “winesplains” that common talking point about Champagne’s delimited zone of production, the implication is that, in the words of the 1968 Marvin Gaye and Tammi Terrell hit, “There ain’t nothing like the real thing”—the real thing, of course, being the French original. Across the ages, the region didn’t just define the sparkling wine paradigm, it was the paradigm; synonymous with all things bubbly.

So you could forgive Sunwing for using the C word to delineate the entire category. People have been making the same mistake forever. But if Champagne once represented the sole archetype for fizzy wine, all it takes is a quick survey of today’s diverse sparkling landscape to reveal how that old formulation has cracked apart. We’ve finally bid adieu to the dark ages of the not-so-distant past, when the world of sparkling wine conformed to a simple binary: on the one hand was Champagne, and on the other was pretty much everything else.

Within the span of a decade, all the old rules of engagement have been discarded and written anew. Not only are we drinking our fizz year-round and reclaiming its place at the table, rather than hauling it out solely as a celebratory totem for birthdays, anniversaries, and the perfunctory New Year’s Eve toast, but we’ve also internalized an important lesson. In short, sparkling wine is a form of wine like any other, and as such, it reflects the particularities of the places where it is grown and made.

To put it another way, we’ve finally paved the way for a deeper appreciation of sparkling wine as an expression of what the French call terroir.

Though impossible to translate directly, the term refers to the quasi-mystical notion that, as an agricultural product, wine should convey something about its geographical origin—whether it be a particular region or village or even an individual parcel of vines. Long considered the benchmark for greatness in still wine, terroir rarely factored into the conversation surrounding bubbles, as if the presence of a little carbonation inherently disqualified the wine from being taken seriously.

Not so anymore. With this reclamation has emerged a whole new kaleidoscope of sparkling regions and styles, made according to an array of different techniques, of which the so-called Champagne or traditional method is just one example. Rather than reduce this wonderful rainbow of expressions to the shabby catchall of “Champagne alternatives,” we’re now free to examine them each on their own merits.

Today’s wine lover can choose, for example, between a single-vineyard grower Champagne (see page 24), bottled by one of the area’s small independent producers, and a hazy bottle of pétillant-naturel (aka pét-nat), the natural wine movement’s signature contribution to the genre. There’s an endless assortment of world-class Italian sparkling wine to explore, from the cool-climate charms of Franciacorta to the revival of old-school, bottle-fermented Lambrusco.

This doesn’t even begin to scratch the surface. Enthusiasts have rediscovered the farmhouse traditions of little-known French regions, like Bugey and Gaillac, and have witnessed an explosion of cutting-edge Spanish Cava and German Sekt. Even England, of all places, is making top-notch examples (just in time for Brexit), to say nothing of the influx of ambitious New World efforts from California, Oregon, and the entire Southern Hemisphere. Sparkling wine even comes in cans.

More from Editors of PUNCH

A Drinker's Guide to the Freewheeling World of Bubbles 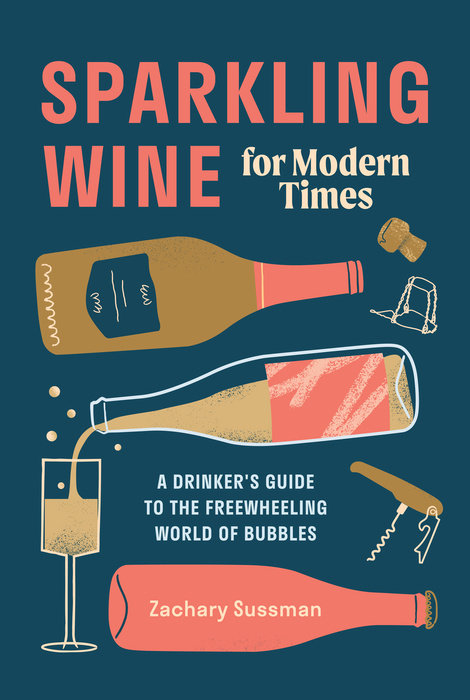