Narrating the Hardships, Hairbreadth Escapes, and Death Struggles of Slaves in Their Efforts for Freedom

A riveting collection of the hardships, hairbreadth escapes, and mortal struggles of enslaved people seeking freedom: These are the true stories of the Underground Railroad.

As a conductor for the Underground Railroad—the covert resistance network created to aid and protect slaves seeking freedom—William Still helped as many as eight hundred people escape enslavement. He also meticulously collected the letters, biographical sketches, arrival memos, and ransom notes of the escapees. The Underground Railroad Records is an archive of primary documents that trace the narrative arc of the greatest, most successful campaign of civil disobedience in American history.

This edition highlights the remarkable creativity, resilience, and determination demonstrated by those trying to subvert bondage. It is a timeless testament to the power we all have to challenge systems that oppress us.

An excerpt from The Underground Railroad Records

In the long list of names who have suffered and died in the cause of freedom, not one, perhaps, could be found whose efforts to redeem a poor family of slaves were more Christlike than Seth Concklin’s, whose noble and daring spirit has been so long completely shrouded in mystery. Except John Brown, it is a question, whether his rival could be found with respect to boldness, disinterestedness and willingness to be sacrificed for the deliverance of the oppressed.

By chance one day he came across a copy of the Pennsylvania Freeman, containing the story of Peter Still, “the Kidnapped and the Ransomed,”—­how he had been torn away from his mother, when a little boy six years old; how, for forty years and more, he had been compelled to serve under the yoke, totally destitute as to any knowledge of his parents’ whereabouts; how the intense love of liberty and desire to get back to his mother had unceasingly absorbed his mind through all these years of bondage; how, amid the most appalling discouragements, prompted alone by his undying determination to be free and be reunited with those from whom he had been sold away, he contrived to buy himself; how, by extreme economy, from doing over-­work, he saved up five hundred dollars, the amount of money required for his ransom, which, with his freedom, he, from necessity, placed unreservedly in the confidential keeping of a Jew, named Joseph Friedman, whom he had known for a long time and could venture to trust,—­how he had further toiled to save up money to defray his expenses on an expedition in search of his mother and kindred; how, when this end was accomplished, with an earnest purpose he took his carpet-­bag in his hand, and his heart throbbing for his old home and people, he turned his mind very privately towards Philadelphia, where he hoped, by having notices read in the colored churches to the effect that “forty-­one or forty-­two years before two little boys were kidnapped and carried South”—­that the memory of some of the older members might recall the circumstances, and in this way he would be aided in his ardent efforts to become restored to them.

And, furthermore, Seth Concklin had read how, on arriving in Philadelphia, after traveling sixteen hundred miles, that almost the first man whom Peter Still sought advice from was his own unknown brother (whom he had never seen or heard of), who made the discovery that he was the long-­lost boy, whose history and fate had been enveloped in sadness so long, and for whom his mother had shed so many tears and offered so many prayers, during the long years of their separation; and, finally, how this self-­ransomed and restored captive, notwithstanding his great success, was destined to suffer the keenest pangs of sorrow for his wife and children, whom he had left in Alabama bondage.

Seth Concklin was naturally too singularly sympathetic and humane not to feel now for Peter, and especially for his wife and children left in bonds as bound with them. Hence, as Seth was a man who seemed wholly insensible to fear, and to know no other law of humanity and right, than whenever the claims of the suffering and the wronged appealed to him, to respond unreservedly, whether those thus injured were amongst his nearest kin or the greatest strangers,—­it mattered not to what race or clime they might belong,—­he, in the spirit of the good Samaritan, owning all such as his neighbors, volunteered his services, without pay or reward, to go and rescue the wife and three children of Peter Still.

The magnitude of this offer can hardly be appreciated. It was literally laying his life on the altar of freedom for the despised and oppressed whom he had never seen, whose kins-­folk even he was not acquainted with. At this juncture even Peter was not prepared to accept this proposal. He wanted to secure the freedom of his wife and children as earnestly as he had ever desired to see his mother, yet he could not, at first, hearken to the idea of having them rescued in the way suggested by Concklin, fearing a failure.

To J.M. McKim and the writer, the bold scheme for the deliverance of Peter’s family was alone confided. It was never submitted to the Vigilance Committee, for the reason, that it was not considered a matter belonging thereto. On first reflection, the very idea of such an undertaking seemed perfectly appalling. Frankly was he told of the great dangers and difficulties to be encountered through hundreds of miles of slave territory. Seth was told of those who, in attempting to aid slaves to escape had fallen victims to the relentless Slave Power, and had either lost their lives, or been incarcerated for long years in penitentiaries, where no friendly aid could be afforded them; in short, he was plainly told, that without a very great chance, the undertaking would cost him his life. The occasion of this interview and conversation, the seriousness of Concklin and the utter failure in presenting the various obstacles to his plan, to create the slightest apparent misgiving in his mind, or to produce the slightest sense of fear or hesitancy, can never be effaced from the memory of the writer. The plan was, however, allowed to rest for a time.

In the meanwhile, Peter’s mind was continually vacillating between Alabama, with his wife and children, and his new-­found relatives in the North. Said a brother, “If you cannot get your family, what will you do? Will you come North and live with your relatives?” “I would as soon go out of the world, as not to go back and do all I can for them,” was the prompt reply of Peter.

The problem of buying them was seriously considered, but here obstacles quite formidable lay in the way. Alabama laws utterly denied the right of a slave to buy himself, much less his wife and children. The right of slave masters to free their slaves, either by sale or emancipation, was positively prohibited by law. With these reflections weighing upon his mind, having stayed away from his wife as long as he could content himself to do, he took his carpet-­bag in his hand, and turned his face toward Alabama, to embrace his family in the prison-­house of bondage.

His approach home could only be made stealthily, not daring to breathe to a living soul, save his own family, his nominal Jew master, and one other friend—­a slave—­where he had been, the prize he had found, or anything in relation to his travels. To his wife and children his return was unspeakably joyous. The situation of his family concerned him with tenfold more weight than ever before.

As the time drew near to make the offer to his wife’s master to purchase her with his children, his heart failed him through fear of awakening the ire of slaveholders against him, as he knew that the law and public sentiment were alike deadly opposed to the spirit of freedom in the slave. Indeed, as innocent as a step in this direction might appear, in those days a man would have stood about as good a chance for his life in entering a lair of hungry hyenas, as a slave or free colored man would, in talking about freedom.

He concluded, therefore, to say nothing about buying. The plan proposed by Seth Concklin was told to Vina, his wife; also what he had heard from his brother about the Underground Rail Road,—­how, that many who could not get their freedom in any other way, by being aided a little, were daily escaping to Canada. Although the wife and children had never tasted the pleasures of freedom for a single hour in their lives, they hated slavery heartily, and being about to be far separated from husband and father, they were ready to assent to any proposition that looked like deliverance.

So Peter proposed to Vina, that she should give him certain small articles, consisting of a cape, etc., which he would carry with him as memorials, and, in case Concklin or any one else should ever come for her from him, as an unmistakable sign that all was right, he would send back, by whoever was to befriend them, the cape, so that she and the children might not doubt but have faith in the man, when he gave her the sign, (cape).

Again Peter returned to Philadelphia, and was now willing to accept the offer of Concklin. Ere long, the opportunity of an interview was had, and Peter gave Seth a very full description of the country and of his family, and made known to him, that he had very carefully gone over with his wife and children the matter of their freedom. This interview interested Concklin most deeply. If his own wife and children had been in bondage, scarcely could he have manifested greater sympathy for them.

For the hazardous work before him he was at once prepared to make a start. True he had two sisters in Philadelphia for whom he had always cherished the warmest affection, but he conferred not with them on this momentous mission. For full well did he know that it was not in human nature for them to acquiesce in this perilous undertaking, though one of these sisters, Mrs. Supplee, was a most faithful abolitionist.

Having once laid his hand to the plough he was not the man to look back,—­not even to bid his sisters good-­bye, but he actually left them as though he expected to be home to his dinner as usual. What had become of him during those many weeks of his perilous labors in Alabama to rescue this family was to none a greater mystery than to his sisters. On leaving home he simply took two or three small articles in the way of apparel with one hundred dollars to defray his expenses for a time; this sum he considered ample to start with. Of course he had very safely concealed about him Vina’s cape and one or two other articles which he was to use for his identification in meeting her and the children on the plantation.

His first thought was, on reaching his destination, after becoming acquainted with the family, being familiar with Southern manners, to have them all prepared at a given hour for the starting of the steamboat for Cincinnati, and to join him at the wharf, when he would boldly assume the part of a slaveholder, and the family naturally that of slaves, and in this way he hoped to reach Cincinnati direct, before their owner had fairly discovered their escape.

Narrating the Hardships, Hairbreadth Escapes, and Death Struggles of Slaves in Their Efforts for Freedom 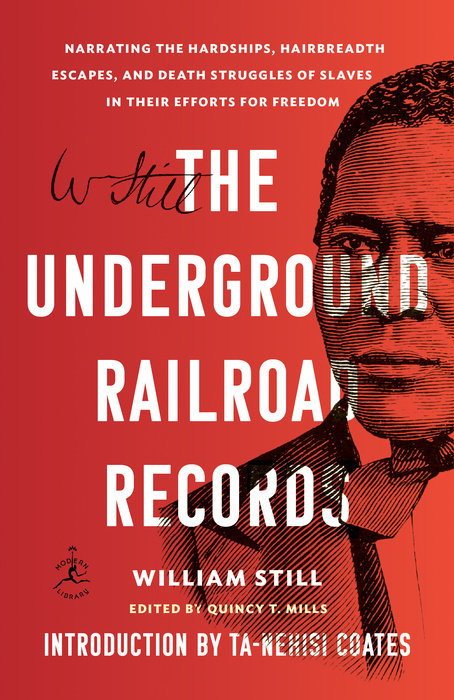