Known for its luxurious accommodations and bespoke service, the Hotel Louis XVI has been the most lauded boutique hotel in all of Paris for decades, attracting an international clientele of the rich and famous. Now, after four years of renovations and the death of its legendary and beloved manager, it is set to reopen its doors at last. An esteemed group of loyal returning guests is set to descend upon the hotel, joined by a number of new faces who have managed to secure coveted bookings in the wake of last-minute cancellations.

Awaiting them all is the Louis XVI’s new manager, Olivier Bateau, an anxious man whose lack of experience leaves him unprepared. He and his level-headed assistant manager, Yvonne Philippe, both strive to continue the hotel’s tradition of excellence. But they quickly realize that anything can happen at any moment, and on one cool September evening, everything does.

A successful art consultant arrives at the hotel for the first time since her brutal divorce, and is surprised to find new love—if she is willing to risk her heart again. A new guest contemplates ending his life, and saves a life instead. A couple finds their once-in-a-lifetime trip interrupted by a tragic medical emergency, leaving the idyllic future they’ve long waited for hanging in the balance. And one of the hotel’s most high-profile guests, a French politician and assumed presidential candidate, holds a mysterious meeting in his suite that will threaten his life and legacy. Rocked by the events of this one fateful night, guests and staff alike brace themselves for the aftershock, as it quickly becomes apparent that more dramas and misfortunes are still in store.

Danielle Steel tells an unforgettable story about a famed hotel, where a few complications quickly escalate into a matter of life and death, changing the lives of everyone who passes through its doors.

An excerpt from Complications

The Louis XVI Hotel on the rue Boissy d’Anglas just off the rue du Faubourg Saint-­Honoré in Paris had been closed for renovations for four years. The street it was on was particularly appropriate, open only to foot traffic. It was guarded by a policeman, who would open the barrier for a car to pass carrying an important person, or guests of the exclusive hotel. Smaller than the grand “palaces,” the five-­star hotels of Paris, it was a favorite among those in the know, the jet set, royalty, and the internationally chic. It had a loyal following of the world’s elite, and offered its clients exquisite rooms, enormous suites, all filled with stunning antiques, draperies in the finest silks and satins, beautiful floors reminiscent of Versailles, and a magnificent art collection. Not tiny, and not enormous, it had an intimate feel to it and compared favorably with the many homes of the people who stayed there. It had been flawlessly run with an iron hand by the charming manager Monsieur Louis Lavalle for thirty-­eight years. He had been trained at the Ritz, and was famous among hotel guests around the world, and was the envy of his competitors. He was incomparably discreet, and knew all the delicate secrets of the patrons, many movie stars, and people who had much to lose if his mask of secrecy ever slipped. It never had. He didn’t allow things to go badly for anyone staying there, no matter how dicey the circumstances. He had been past retirement age, at seventy-­four, with no intention of stepping down, when the hotel closed for renovation four years before. A vicious cancer had taken him in its grip halfway through the renovation, and devoured him quickly. Louis Lavalle had succumbed eleven months before the opening. He had run the renovation of the hotel so masterfully that even his death did not delay it. A portrait of him in his formal morning coat had been unveiled the day of the opening, and their old, familiar patrons looked fondly at it as they checked in. There were tears in the eyes of several guests, though not the staff, who respected him, but had often suffered from his rigid diligence. He was every hotel guest’s dream, if he deemed them worthy of the Louis XVI. If they didn’t live up to the hotel’s high standards, they found themselves unable to obtain so much as a lunch reservation there in future, let alone one of the fabulous suites. Indiscretions in the lives of their valued guests were unfailingly overlooked, and M. Lavalle had protected them from the press and paparazzi for years. Bad behavior while at the hotel was not, however, tolerated.

Famous rock stars didn’t stand a chance of doing more than passing through the lobby, and even then, they were keenly watched, and met with a chilly greeting. It was not a favorite spot of the famously boorish, and the regulars were forgiven all, which created an unshakable, lasting bond between them and the hotel. The newly rich who didn’t know how to behave or respect the premises had never been welcome there. The hotel had been almost fully booked for two years before the reopening. Monsieur Lavalle had noted the first reservations himself. And the fact that he had not lived to see that long-­awaited event was a source of grief to all. His standards were almost impossibly high, but he was unfailingly loyal, and he would have given his life to protect the hotel’s most faithful guests.

They’d had a few cancellations of the original reservations for the opening, due to death, ill health, or unforeseen circumstances, like divorce or the arrival of a baby right at that time. The last-­minute cancellations left room for a few unknowns and new faces among the returning guests. The new manager, Olivier Bateau, would be new to all. The assistant manager had retired after Lavalle’s death, unable to conceive of being the adjutant to a less extraordinary general, and had moved to a home in Spain. Louis Lavalle had owned a house in the South of France, and spent his summer vacations there. The perks of the job were numerous and lucrative. He had a son, Albert, whom few people knew about, since he never discussed his personal life. His son was a doctor in Tahiti, married to a local woman there, and had three children. But only the head housekeeper, who had been Louis’s discreet companion for twenty years, knew about his son, and it had taken him ten years to tell her. His son never came to Paris, and Lavalle visited him in Tahiti every five or six years. He wasn’t close to the boy, who had been brought up by his maternal grandfather in Brittany, after Lavalle and the boy’s mother had divorced when his son was barely more than a baby. They were essentially strangers to each other, and Albert was stunned when his father left him his entire estate. He was shocked at the small fortune his father had amassed, and he and his children were set for life, handsomely, from the fruits of his father’s labors at the Louis XVI. He meant more to his son in death than he had in life, but Louis would be remembered fondly by him, and with some amazement. He had left his longtime companion, Ghislaine, the head housekeeper, a generous sum too, and she retired to a small, pretty apartment in Cannes shortly after his death. Thanks to Louis, she no longer had to work, and was enjoying her retirement on the Riviera, with fond memories of him.

The third generation of owners of the hotel were consummately discreet and never appeared at the hotel. They remained distant unknown legends and preferred it that way. This latest generation lived in London, and the hotel was a gold mine for them. It had taken Lavalle ten years after they had inherited it to convince them to do the renovation, which was more necessary than the guests realized. Lavalle had convinced the owners at last to add the high-­tech features which were essential to their younger clients now. The old guard didn’t care about the lack of technology, but Lavalle had recognized that adding it would assure their future. But the new high-­tech features still had some bugs in them when the hotel reopened. Technicians were frantically working on it, and it was the last remaining piece of the renovation which was not working smoothly.

They now had a phone system worthy of a space station, and it was well over the head of the new manager, Olivier Bateau, and he was desperately trying to learn how to use it. He went to bed every night with the highly confidential files they kept on all their guests. He knew he had much to learn about many of them. Lavalle had kept many of their profiles safely lodged in his head, and others in the hotel safe.

Bateau’s assistant manager, Yvonne Philippe, was new as well. Bateau was forty-­one years old, divorced after a brief marriage, like Lavalle himself. He had no children, and had worked at the Hotel du Cap-­Eden-­Roc for two years at the front desk, and then at the Ritz, where he had done well but had not been considered exceptional. People in hotel circles considered him a dark horse choice, but the owners of the Louis XVI had liked him when they’d met in London. They’d been in a hurry to hire someone after his predecessor’s untimely death a year before the opening. Bateau had never had as much responsibility as he would have now, but they believed that he was capable of handling it, and would be equal to the task in a short time. He was intelligent, eager to please them, and had convinced them that he was the right man for the job. 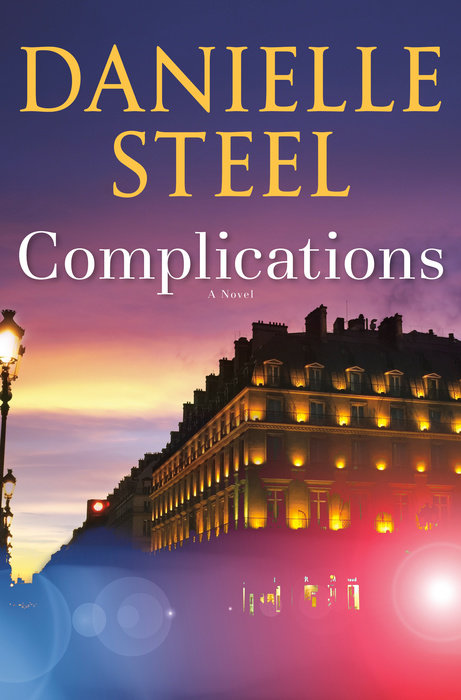