NEW YORK TIMES BESTSELLER • A renowned supermodel’s world is torn apart in an instant, sending her on an unexpected journey of discovery in this masterful novel from #1 New York Times bestselling author Danielle Steel.

Veronique Vincent is a star. At age twenty-two, she is one of the most sought-after models in fashion, gracing the covers of magazines and walking the runways of haute couture shows across the globe. Yet, despite being the consummate professional, Veronique wants little of the glamorous life that modeling affords her. The beloved daughter of a hardworking single mother, she has always preferred spending time at home or with her kindhearted boyfriend to attending lavish parties. When a quick getaway presents a welcome break on the heels of Paris Fashion Week, and before a Vogue cover shoot in Tokyo, Veronique is thrilled, eager to escape the mayhem of her busy schedule.  Then, out of nowhere, a tragic explosion at Zaventem Airport in Brussels changes her life forever.

The ruthless terrorist attack has the entire world on edge. Veronique finds herself hospitalized and alone, devastated to learn that the blast has killed both of the people she loved most. She is also forced to confront the harsh reality that she has been severely injured, her famous appearance forever altered. As she plunges into seclusion, the industry that once adored her believes her to have fallen off the map.  In truth, she is struggling to find herself again after losing everything, and to discover what truly matters in life. But her mother’s will, accompanied by a letter Veronique never knew existed, reveals long-held secrets, introducing her to a world she hadn’t even known was possible.

As Veronique forges bonds old and new, she begins to see a light beyond the darkness she has come to inhabit, finding peace in opportunities to help others, and redefining for herself what beauty is, and what it truly means to be beautiful. Danielle Steel presents a story of one woman’s breathtaking perseverance in moving beyond tragedy to a life more meaningful than she could ever have imagined.

An excerpt from Beautiful

The music was loud and throbbing as fifty strikingly beautiful models pounded down the white satin runner carefully laid out between the chairs meticulously placed in rows. Mirrors reflected the images of the models and spectators. The models intersected with one another in a carefully choreographed pattern at the Chanel ready-­to-­wear show during Paris Fashion Week in March 2016. The images of the rapidly strutting models mingled with those of the crowd and the bank of photographers captured each moment, each girl, each face in the crowd, showing the collection for the fall.

Veronique Vincent was the first model they saw. She opened the show in a ruby-­colored coat, and she was the last in a revealing black velvet gown, which trailed behind her and offered more than just a glimpse of her breasts. She was tall and thin, but not quite as emaciated as some of the others. Many of the girls looked dangerously thin, with severe expressions, flawless makeup, and sculpted hair. The atmosphere was pulsating with excitement, like the music. Veronique had the smallest hint of a smile as she sailed past the photographers. They knew her well. She was the star of every show she walked in, and had been for the past four years.

She had started modeling at eighteen. She had dark chestnut-­colored hair naturally, but let the casting directors dye it any color they wanted. She was famously easy to work with, and a consummate professional at twenty-­two. Some of the girls were as young as fifteen. Most were in their late teens, as she had been when she’d started. Veronique had big green eyes, and a ready smile when she wasn’t working. Karl Lagerfeld, the famous Chanel designer himself, walked arm in arm with her when he took his bow at the end. She was a favorite of his, and the Chanel show was always the one Veronique liked best. It was flawless, just as she was.

She walked in two or three shows a day during Fashion Week, and she had been dashing from one show to the next for the past four weeks. Fashion Week started in New York with the American designers, and moved on to London for a few days after that to show the work of British designers. After London, Fashion Week went to Milan, and the last Fashion Week was in Paris, for closer to ten days, with a heavy schedule for the most important models. Veronique had the same grueling schedule in September, when the designers in each of the four countries showed their spring lines. Other, lesser designers did presentations in which their clothes were modeled without a fashion show. The runway shows were major productions. They cost millions, and the décor was almost as costly and impressive as the clothes. Chanel was notorious for the most elaborate stage sets, designed by Peter Marino, who sat in the audience watching the proceedings, clad head to foot in black leather.

The runway shows were a spectacle from beginning to end. The audience was comprised of magazine editors, store buyers, famous movie stars from around the world, the wives of heads of state, and illustrious figures from the fashion world. The haute couture shows, which were even more elite, happened in January and July, and Veronique was the star of those shows as well. She had been on the cover of every fashion magazine frequently for the past four years. It wasn’t an easy job, and required endurance and hard work. She was often in fittings the night before a show until two a.m. while demanding designers saw to it that each garment fit each model perfectly. There was pandemonium backstage at every show, while stage managers from the design houses oversaw every detail, and in some cases dressers stripped a model and redressed her in a matter of seconds, with all new jewelry and accessories to go with the change. Only their hair and makeup remained the same.

Veronique took it all in stride. None of it was new to her after years of the same routines. During the rest of the year, she was constantly in photo shoots all over the world, and had worked with all the most important photographers. She was always in high demand, and had thrown herself into her career wholeheartedly, knowing that the crest of the wave wouldn’t last long. One day it would be over. She had made a lot of money, and turned it all over to her mother, who had a good head for business and invested it well. Veronique had total confidence in her. Her mother, Marie-­Helene Vincent, was a lawyer, and Veronique was unusual in how close she was to her mother. Many of the young girls from Eastern European countries came to Paris unprotected to seek their fortunes, modeling for as long as they could, and hoping to find a man to marry or support them. The men who pursued supermodels were a special breed, addicted to beauty, wanting a young girl on their arm. Some of them were extremely generous, others less so. They used the girls as accessories to enhance their image. Many of the girls got into drugs once in the fast lane, but Veronique never had.

Her beauty had been striking since she was thirteen. Men in the street stared at her, others tried to hustle her. She had been well protected and carefully brought up by her mother, who had insisted that her education came before her modeling career. For the first two years of her career, she had attended the Sorbonne part time, and majored in art history and French literature. She was halfway to a teaching degree she intended not to use until she was much older and had no other options. In the meantime, she had recently been the face of a well-­known cosmetics line, and before that the face of a perfume. Jewelry houses clamored to have her in their ads, and she had been the primary model for an airline for a year. She never lacked for assignments, and had to juggle them all. She was part of an industry in which she was the commodity she was selling.

Her mother was relieved that so far none of it had gone to her head, despite so much attention focused on her. Veronique treated it like a job she was serious about, and never let herself be distracted, as many other girls did, their heads turned by their own beauty. Her mother always reminded her that external beauty was fleeting and real beauty came from within. It was part of her now, like a hand or a leg. Her exquisite face was just another body part, and it served her well. She didn’t dwell on her looks, and never thought of herself as others did. She was paid well for what she did, like a gift she had received and had done nothing to acquire. She considered her beauty an accident of fate, like a beautiful singing voice, or the ability to paint. Her exceptional looks had turned into a lucrative career.

She had paid no attention to it at all when she was younger, and to her it was simply a job. Modeling had opened doors for her, and she was well aware that she couldn’t take the men who pursued her seriously. She had no desire for a lasting relationship at her age. She had fun with the men she went out with, but their relationships never lasted for more than a few months. She was invited on yachts and on corporate trips by the companies she worked for. She was sometimes paid to go to parties for publicity purposes, and she never lacked for men to go out with. Her current “date” was Lord Cyril Buxton, handsome, from an excellent British family, and twenty-­seven years old. He was meant to be working for his father at a bank in London, but spent far more time playing in Paris, and with her, and avoided his family as much as he was able to, much to his parents’ chagrin. Veronique had met them once when she was doing a shoot for British Vogue in London. They were grateful that their son wasn’t dating another greedy Russian model who was looking for a rich husband, but they weren’t warm to her. They wanted him to fast-­forward through this stage of his life and get serious about his work and grow up. He had no interest in becoming responsible and giving up his fun life or dating the women they thought he should. They wanted him with a British aristocrat like himself.

Danielle Steel has been hailed as one of the world’s bestselling authors, with a billion copies of her novels sold. Her many international bestsellers include Without a Trace, The Whittiers, The High Notes, The Challenge, Suspects, Beautiful, High Stakes, and other highly acclaimed novels. She is also the author of His Bright Light, the story of her son Nick Traina’s life and death; A Gift of Hope, a memoir of her work with the homeless; Expect a Miracle, a book of her favorite quotations for inspiration and comfort; Pure Joy, about the dogs she and her family have loved; and the children’s books Pretty Minnie in Paris and Pretty Minnie in Hollywood. 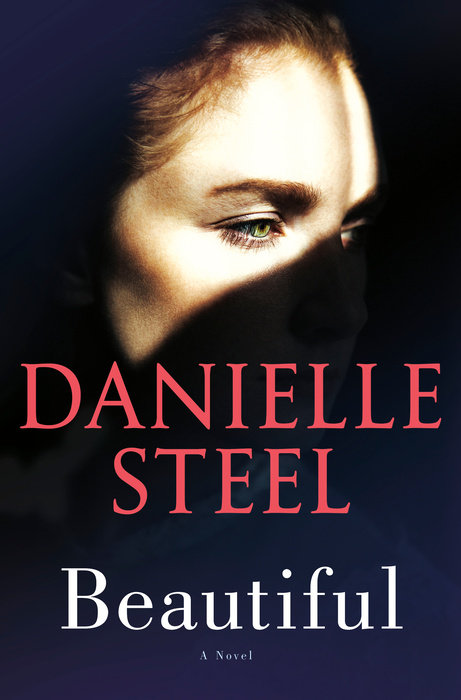