A wry and poignant debut novel about a man’s search for true connection that is “both knowing and cutting, a satire of internet culture that is also a moving portrait of a lost human being” (Los Angeles Times).

“A knowing and thought-provoking exploration of love, modern isolation, and what it means to exist—especially as a person of color—in our increasingly digital age.”—Celeste Ng, bestselling author of Everything I Never Told You and Little Fires Everywhere

ONE OF THE BEST BOOKS OF THE YEAR—NPR, The New York Public Library, Parade, Kirkus Reviews

Lucas and Margo are fed up. Margo is a brilliant programmer tired of being talked over as the company’s sole black employee, and while Lucas is one of many Asians at the firm, he’s nearly invisible as a low-paid customer service rep. Together, they decide to steal their tech startup’s user database in an attempt at revenge. The heist takes a sudden turn when Margo dies in a car accident, and Lucas is left reeling, wondering what to do with their secret—and wondering whether her death really was an accident. When Lucas hacks into Margo’s computer looking for answers, he is drawn into her private online life and realizes just how little he knew about his best friend.

With a fresh voice, biting humor, and piercing observations about human nature, Kevin Nguyen brings an insider’s knowledge of the tech industry to this imaginative novel. A pitch-perfect exploration of race and startup culture, secrecy and surveillance, social media and friendship, New Waves asks: How well do we really know one another? And how do we form true intimacy and connection in a tech-obsessed world?

“Nguyen’s stellar debut is a piercing assessment of young adulthood, the tech industry, and racism. . . . Nguyen impressively holds together his overlapping plot threads while providing incisive criticism of privilege and a dose of sharp humor. The story is fast-paced and fascinating, but also deeply felt; the effect is a page-turner with some serious bite.”—Publishers Weekly (starred review)

An excerpt from New Waves

I never considered it stealing. If it was stealing, it would feel like stealing—illicit, dangerous, maybe even a little bit thrilling. Instead, it felt like exactly what it was: sitting in a dark room, watching a loading bar creep across a computer screen.

Thieves were supposed to have the grace of a pickpocket, or the patience to plan a real heist. We’d just gotten a little drunk at McManus’s, the bar around the corner, and decided that this would be the best way to get back at our employer. Well, Margo had decided. And technically, she didn’t work at Nimbus anymore.

She had texted me from the bar earlier in the afternoon to tell me she’d quit. Margo had needed someone to drink with, and I always obliged. I snuck out of the office when no one was looking, though really, no one was ever looking for me. When I arrived at the bar, she was already three beers deep—the bottles lined up neatly in front of her, their labels meticulously peeled off, not a trace of paper or glue. She didn’t say anything, just signaled to the bartender for two more.

I sat down next to Margo and her whole body clenched. I’d known her for a while and she was often angry, but it was the good kind: usually a vivid, infectious sort of fury—smart, spirited, just the right amount of snarky—aimed at institutions, structures, oppressors. She was unintimidated by people in power. In fact, she was energized by them, since they were targets worthy of her wrath. That is, unless she’d had too much to drink, in which case her marks were more haphazard. Two more beers and she admitted that she hadn’t exactly quit.

“Are you kidding me?” I said. “You’re the only remotely competent engineer at the company!”

“According to HR, I wasn’t a good ‘culture fit.’ I wasn’t ‘getting along with the rest of the team.’ ” Margo began picking at the label on her fresh beer. “But that’s bullshit. I know what that means.”

Even from my desk on the other side of the office, I could hear Margo arguing with her colleagues. She didn’t believe in collaboration if it meant compromising the best idea. She was a brilliant programmer, and still no one wanted to listen to her.

Margo went on: “uncooperative,” “opinionated,” “not a team player.” It was laughable how their reasons were couched in the tired clichés of a high school football coach. To her, and I guess to me, it underscored the kind of laziness that had been bred by capitalism—an attitude that claimed to respect competition above all, but was completely conflict averse.

“Did they at least offer you severance?”

I was curious how polite Margo was capable of being in such a situation.

“I don’t want their f***ing money anyway. I’ve got plenty to live on. I’m a talented engineer and I can work wherever I want. Maybe I’ll just take a year off, get away from all this.”

She often talked about money this brazenly. It bothered me, since she knew I always had less than her. But at least Margo usually paid for drinks. I would motion toward my wallet as a courtesy and she would shrug it off, usually saying something like “I got this” or “Don’t you f***ing dare.” Once, just once, when she was really toasted, she joked that I would be allowed to pay for beers the day she didn’t make twice as much as me. (It was closer to five times, but I didn’t correct her.)

Today, she wasn’t paying. Today, she only wanted retribution. Margo had been stewing on ways to get back at Nimbus during her first three drinks. She already had a plan.

“What is any company’s most valuable asset?” she asked.

“No, its information,” Margo said. “And that’s what we’re going to take.”

Margo pointed her beer at me. “What about copying it?”

This was her proposal: Nimbus was a messaging service with millions of users. We would take their user database. Margo could easily access, duplicate, and download it. The whole thing would only take a few minutes. We would just take emails. No passwords, no personal information.

“Why would anyone want a list of email addresses?”

“Millions of email addresses,” Margo clarified. “Any company would kill for a list of people using a competitor’s product.”

“For marketing, or whatever.” Margo gestured at nothing in particular, like she’d just performed the world’s saddest magic trick. She casually mentioned that she knew someone who worked at Phantom, Nimbus’s biggest competitor. It was their CEO. Maybe they’d be interested in it.

“In what way is this immoral or wrong?”

“Because we’re taking something that doesn’t belong to us.”

“Lucas, listen to me.” Margo looked me straight in the eye. “Nothing belongs to us.”

It was the way she said “us.” Did she mean as employees of Nimbus? As suckers in a world that advantaged the wealthy? As two people who weren’t white in America? Just me and her?

It didn’t matter. The truth was that Margo had already decided, and I was three beers behind and playing catchup. But I had logistical questions, ones that she had anticipated and spent those three beers considering.

There would be some very light encryption on the user data, but every engineer had access to it. This was a common problem at startups. When you start with a small team of engineers, none of them are dedicated to security. The goal is to build something as quickly as possible, so nobody gets hired to protect user privacy. Even as a startup grows large and stable enough to support a security team, it’s already been deprioritized from the start.

I was still skeptical. “And there’s no way for them to trace it back to us?”

“There might be a log of it. But if they pursue us, they would be admitting that there was a breach.”

Margo had a mind for systems. And to her, every system was vulnerable if you understood the incentives of the people who built it. She could disassemble and reassemble anything, including the hubris of men. A security breach would be a publicity nightmare for Nimbus, and for the people who ran the company. Margo knew she could exploit their greatest fear: embarrassment.

It was strange that a company’s reputation for security was more important than its actual security. But having worked at Nimbus for the past year—my first job in any kind of real workplace, much less a tech company—it didn’t surprise me. No person should ever trust that their personal information is going to be protected by a company. The place was managed by a mixture of twentysomethings with little work experience and a handful of computer-illiterate adults brought in to babysit them.

The office space was generic, but it had been dolled up with brightly colored furniture and some tacky movie posters, all for the sake of reinforcing the “fun” work environment. The kitchen had free snacks and a beer tap. Action figures and Nerf guns were scattered across people’s desks. There was a conference room dedicated to video games. Apparently investors loved these things. They’d tour the office every few months and take stock of the ways Nimbus physically embodied the tired notion that everyone could work hard and play hard, even if that meant the office looked like an eight-year-old’s playroom.

All of the tasteless interior decorating choices were, at least, harmless and easy to ignore. But the office centered around the foosball table. People would play in the middle of the workday, and the sounds carried throughout the floor—four sweaty men grunting and hollering. Margo joked that, from a distance, foosball looked like four men jerking off into a box. No one ever asked Margo and me to play foosball. Not that we would’ve said yes.

I didn’t actively hate our workplace the way Margo did. It was a job, after all. But in a place where I had no love for my coworkers and no love for the office, Margo’s vigor was contagious.

“Nobody at Nimbus cares about you,” she said. “Except me.”

Kevin Nguyen is the features editor at The Verge and was previously a senior editor at GQ. He lives in Brooklyn, New York. 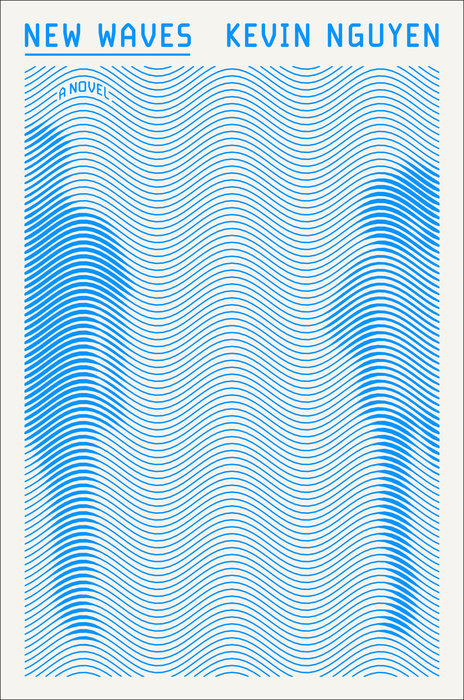