“Justin Taylor’s relentless, peripatetic, and tender search for reconciliation with his late troubled father blooms into a full-throated song of joy about his own life lived through music, teaching, travel, and literature.”—Lauren Groff, author of Florida

When Justin Taylor was thirty, his father, Larry, drove to the top of the Nashville airport parking garage to take his own life. Thanks to the intervention of family members, he was not successful, but the incident forever transformed how Taylor thinks of his father, and how he thinks of himself as a son.

Moving back and forth in time from that day, Riding with the Ghost captures the past’s power to shape, strengthen, and distort our visions of ourselves and one another. We see Larry as the middle child in a chilly Long Island family; as a beloved Little League coach who listens to kids with patience and curiosity; as an unemployed father struggling to keep his marriage together while battling long-term illness and depression. At the same time, Taylor explores how the work of confronting a family member’s story forces a reckoning with your own. We see Taylor as a teacher, modeling himself after his dad’s best qualities; as a caregiver, attempting to provide his father with emotional and financial support, but not always succeeding; as a new husband, with a dawning awareness of his own depressive tendencies.

With raw intimacy, Riding with the Ghost lays bare the joys and burdens of loving a troubled family member. It’s a memoir about fathers and sons, teachers and students, faith and illness, and the pieces of our loved ones that we carry with us always.

An excerpt from Riding with the Ghost

Death of an Heir of Sorrows

My father had decided that he would end his life by throwing himself from the top of the parking garage at the Nashville airport, which he later told me had seemed like the best combination of convenience—that is, he could get there easily, and unnoticed—and sufficiency—that is, he was pretty sure it was tall enough to do the job. I never asked him what other venues he considered and rejected before settling on this plan. He probably did not actually use the word “best.” It was Mother’s Day, 2013.

The date was not chosen for its symbolism. If anything, it was a rare instance of inattentiveness, strikingly out of character for a man who, generally speaking, had always been acutely sensitive—if not always appropriately responsive—to the feelings of others. Even now I cannot quite believe that he would neglect to consider the shadow his action would cast over future Mother’s Days for his mother, children, and ex-wife, with whom by this point he was no longer actively acrimonious, though certain wounds of course had not yet healed (and still haven’t, and won’t). It is impossible for me to imagine how he failed to grasp all this; how, as a matter of courtesy abetted by a desire to avoid further disgrace for his action, he didn’t choose the day prior or the day after.

But then, it is not quite correct to say that he chose the day.

My father had been unemployed for a long time—my sister, six years my junior, has almost no memories of him as a working man—and he had been sick with tremors that were later revealed, we think, to have been heralds of Parkinson’s, though Parkinson’s is what is often called “an exclusion diagnosis,” which means one cannot test positive for it or know with total certainty that one has it; one can only present symptoms that strongly suggest it and, all other reasonable medical possibilities having been ruled out, proceed with treatment as though the diagnosis were definitive.

All this plus, naturally, the depression that had come with the divorce itself, which my parents had each done their share to precipitate, but which my father had not sought and did not accept.

He got a bit of money from the sale of the house and everyone thought he would move back near his parents, to the part of Florida where I grew up. When I say everyone thought that he would do this, what I mean is that we all wanted him to do this and thought that he would, because we wanted him to, and because we felt it was the inevitable next step and expected him to join us in this view, though we knew that such a move was without question the very last thing that he himself would ever want.

Instead of doing what we thought he would, he moved into a modest extended-stay hotel in Nashville, joined their rewards program, and sought to make his money last as long as he could. He had no other aim in mind, as far as I know, besides forestalling the inevitable, which my sister and I each understood to be his move back to Florida but which, at a certain point, we now understand, had come to mean, to him, his suicide.

It was unsettling, to say the very least, but who was going to lecture a grown man over the phone about how to eat?

He rarely saw my mother during this period, and though at times when they did interact—usually on the phone or via email—they bickered or rehashed old points of contention, it can be fairly said that she was not what kept him in that city. Certainly, he caused her no more trouble. I seem to recall that on one occasion she had to go to a doctor’s appointment and be put under brief sedation there, and that he went with her and drove her home to the apartment she had, by this time, bought for herself.

She got some promotions at her job—the job that had brought the family to Nashville in the first place—and looked for better jobs with other companies, some in far-flung states, but didn’t find one. Eventually she got a boyfriend, put her apartment on the market, moved in with him.

My father must have begun to hatch his plan when he realized he was coming to the end of his savings, but he always had a head for numbers and so it may not be correct to say that he “realized” where he stood, vis-à-vis the timeframe, since that suggests a gradual or dawning understanding, and he probably understood from the very beginning, immediately and completely, the story the numbers told, the timeline that they set—though he likely had to adjust the schedule to account for having joined the hotel’s rewards program, the free nights he was accruing through it quite literally adding days to his life.

In any case, he decided, with what I’m sure was blazing anguish but which I prefer to imagine as a kind of icy calm—because imagining his misery is beyond me, or because it would be the easiest thing in the world—that when all of his money and rewards points were spent and gone, he would check out of the hotel, wait for night to fall, drive to the airport, park the car, and throw himself off the parking garage.

He had kept his phone off all day, and so had not called his mother for the holiday, which was unusual enough in itself that it was cause for family discussion by early afternoon. Then my sister, who was in law school in Washington, DC, checked her email and saw a note from him suggesting that his record collection—at this point still in storage at my mother’s apartment, which she had not yet sold—might be worth some real money if she, my sister, ever cared to sell it. He was not perhaps as obscure as he meant to be, but then, for obvious reasons, he was in an agitated state and not paying his typically rigorous attention to language. My sister alerted the rest of the family and they all spent the day calling him, leaving increasingly urgent voicemails, sending him emails, doing anything they could, which wasn’t much. My sister called the Nashville police and filed a missing-persons report.

I say that “they” did these things because even though my sister called me immediately, and I called my father immediately after that, leaving a message the contents of which I cannot recall and which, in fact, I can barely remember leaving—though I can see myself standing in the sunny home office in my old apartment, in Brooklyn, phone in hand, lips moving, like watching myself in a movie—I did not email him or call a second time. An enormous choking silence rose up in me and there was ice around my heart, which was filled with mourning, and there was ice, too, in my throat, so that to speak would have been to choke on ice. I went about my day more or less normally—my then-girlfriend (now wife) and I were looking, as it happened, for a new apartment—believing, in my icebound heart, that my father was already gone and trying to make sense of this and failing to do so and telling myself that it would become intelligible to me when the call of confirmation came. I thought of the last song on Bright Flight, my favorite Silver Jews record, and the line that goes, “When I was summoned to the phone / I knew in my bones that you had died alone.” I thought, I know what this means now.

But that wasn’t true.

My father sat in his parked car—my sister’s old silver Nissan, which she gave him when she went to law school—on the top level of the parking garage at the airport, in the orange bath of a sodium lamp—or so I imagine—and for some reason turned his phone on for a moment before opening the driver’s-side door. I don’t know what he meant to see or who he meant to contact, or if he meant to do something else entirely, but the profusion of missed calls and text messages that barraged him when his home screen loaded all had their intended effect—though not by virtue of their content, which he mostly never read or heard. The sheer number of them made him think that something bad must have happened to a member of the family, so he called my sister to find out what it was. She kept him on the phone for several hours. I have no idea how she did that, or what they said to each other, beyond that he confessed his intention and she talked him out of it, slowly and with unswerving persistence.

He ended up checking into a hotel by the airport on a credit card supplied by his nephew, our cousin, whom he had at times helped his older sister raise.

Fastidious, disciplined, and already unaccustomed to taking meals, my father had fasted, he later told me, for the twenty-four hours prior to his attempt. He had done this in order to avoid leaving a mess when he died. He seemed proud to have thought of this exigency. He had his own dignity in mind, of course, but also quite earnestly meant to make easier the experience of the various police and emergency and janitorial workers upon whose evening his plan could not help but intrude. But after he checked into the hotel by the airport he found himself, for the first time in months if not years, hungry.

Justin Taylor is the author of the short-story collections Everything Here Is the Best Thing Ever and Flings, and the novel The Gospel of Anarchy. His fiction and nonfiction have appeared in The New Yorker, Harper’s, The Sewanee Review, n+1, The New York Times Book Review, and Literary Hub. He lives in Portland, Oregon. 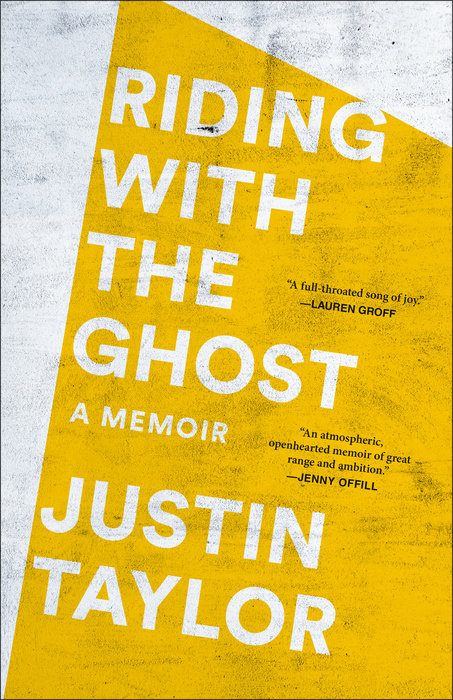