When a desperate woman comes to Daniel Pitt seeking a lawyer for her boyfriend, Rob Adwell, Daniel is convinced of the young man’s innocence. Adwell has been accused of murder and of setting a fire to conceal the body, but Daniel is sure that science can absolve him—and Miriam fford Croft is the best scientist he knows. Miriam connects Daniel with her former teacher Sir Barnabas Saltram, an expert in arson, and together, they reveal Adwell’s innocence by proving that an accidental fire caused the victim’s death. But it’s not long before Adwell is killed in the same fiery fashion. If these deaths are, in fact, murders, what essential clue could Daniel and Miriam have missed?

As their investigation deepens, one of Saltram’s former cases comes into question, and Miriam finds herself on the defensive. If the reasoning Saltram used in that case is proved false, several other cases will have to be re-tried, and Saltram’s expert status—not to mention Miriam’s reputation—will be ruined. Haunted by Saltram’s shady tactics in and outside of the classroom, Miriam is desperate to figure out truths both past and present and protect herself in the face of Saltram’s lies. What started as an accidental fire in Adwell’s case seems to be linked to a larger plot for revenge, with victims accumulating in its wake, and Miriam and Daniel must uncover who or what is stoking these recurring flames—before they, too, find themselves burned.

An excerpt from One Fatal Flaw

She sat on the other side of the desk from Daniel, tears sliding down her unblemished cheeks. “They’ll hang him, won’t they?” she said huskily. “You’re a lawyer. You got Mr. Blackwell off, and he would have hanged, for sure. Everyone along the dockside says that.” She sniffed and gulped. “Please. You can make them see Rob didn’t do it. Please?”

Daniel felt a sudden shiver, even though the room was warm. It was late September, and there was a nice fire burning in the grate. This was his room in the chambers of fford Croft and Gibson, one of the most prestigious law firms in London. It was situated in Lincoln’s Inn, naturally, as were all the best. His room was not much more than a very large cupboard, this being his first placement after graduating from university—Cambridge, to be precise.

“What are they accusing Mr. Adwell of having done, Miss Beale?” he asked. So far, she had not actually told him, only that it was serious, and it concerned a warehouse in the London docks south of the river.

“Set fire to the building,” she replied softly, her gaze lowered.

“What building? And is he accused of doing it deliberately?”

“Would it help if it wasn’t deliberate?” She looked up at him, and hope flickered in her eyes.

“I don’t know.” He must not raise her expectations without cause. “You haven’t told me exactly what building it was. Or how bad the fire was.”

She looked small, hunched up into herself, and very afraid.

“Miss Beale . . .” he said gently. “I can’t help if I don’t know everything about it. Where was it? What time of the day or night? And how much damage was done?”

She hunched her shoulders even more. “It was a big old warehouse, down on Tooley Street, other side of the river, and just before the Pool of London. And it burned in the night. Two nights ago. I suppose it was pretty bad, ’cause there isn’t much of it left.”

Daniel began to get the feeling that this might involve a great financial loss, depending on what had been stored there. “Was Mr. Adwell a night watchman there?”

Miss Beale shook her head, setting the soft curls around her face moving. “No . . .”

“Then what was he doing there at night? He was there, wasn’t he? If not, why do the police suspect him at all?” He wondered if the man had been caught in a robbery that had gone wrong. “Was anyone else there that you know of?”

“Paddy Jackson were there, of course . . .” she said, almost under her breath.

“Well, he wouldn’t have got burned if he wasn’t there, would he?” She, too, sounded as if her patience was wearing thin.

Suddenly the room seemed depressingly close, almost airless. Daniel breathed in deeply, but it did not help. “Was . . . was Paddy Jackson badly burned?”

“Oh, yes,” she said, looking at him, her eyes brimming with tears. “I’m afraid he was proper burned.”

Suddenly it all became horribly clear. He knew what she was afraid of, and why. “He burned to death in the fire?”

She took a deep breath and nodded slowly, her gaze never shifting from his face. She swallowed hard.

He must get control of this. It was too big a case for him to handle. He would have to get Kitteridge in. Toby Kitteridge was his senior by several years, and had a wealth of experience. The Blackwell case, which Jessie Beale had referred to, had not been given to him by chambers. He had taken it privately, actually against orders, because Roman Blackwell was a highly disreputable rogue to whom Daniel owed a debt on honor. Blackwell could not pay anyone. Daniel had earned his undying friendship by pulling a rabbit out of a hat, as it were, and succeeded in proving Blackwell’s innocence of murder. Marcus fford Croft, the head of chambers, had forgiven Daniel for taking the case without permission, probably because he was an old friend of Daniel’s father’s. He would not extend such leniency twice.

Jessie was staring at him, waiting for him to go on. Her face was full of hope, but it was fading even as he watched. This was probably the last place she could go.

“So, it is murder they’re charging him with?” he said.

She bit her lip and nodded.

“What was Adwell doing in the warehouse at night? And who is, or was, Paddy Jackson?”

“Paddy was one of the other Jackson boys. I suppose he still is. You don’t get out of it just by dying. They’ll always reckon he is one of them anyway.”

Daniel was beginning to understand. “So, Paddy is dead, and Rob Adwell is blamed for it?”

“And was the fire accidental, or did Paddy cause it? Or someone else altogether?” He tried to keep skepticism out of his voice.

She thought for a moment. “I reckon it could’ve been an accident, like. But maybe Paddy were setting the fire, and he weren’t too good at it. Didn’t leave himself a clear way out of it. Or it moved faster than he thought?”

“Seen a few fires, have you?” He tried to sound as if he were asking out of mere innocent interest and not sarcasm.

“I don’t know.” She spread her hands helplessly and then, looking at his face, quickly took them in again. “Aright! I reckon as Paddy set it, and out-clevered hisself. Rob got away, and Paddy didn’t. But that in’t Rob’s fault, is it?”

“Maybe . . . and maybe not. If two people set out to commit a crime—and burning a warehouse down is a crime—and one of the people gets killed, the other one might be found guilty of his death.” He watched the shadows in her face as her emotions changed and she understood the depth of what he said.

“Oh, well . . . it’s . . . it’s a good thing, in’t it, that they weren’t together doing something wrong, a crime, like? They wouldn’t be doing anything together. Rob hated the Jacksons, and they hated him.”

Daniel could not help but wonder if she had made that up on the spot. One thing he was certain of, it was a murky issue, and she was prepared to fight very hard indeed for the man she claimed to love.

“I’ll go and see Mr. Adwell,” he told her. “And then I’ll learn exactly what the police have, and how they are charging him. And what they know about the fire. For instance, how it started. Don’t tell me any more . . .”

She gave a slow smile, almost shy. She wasn’t really a pretty girl; her mouth was a little large, her cheekbones high, giving her an almost catlike appearance. But she commanded attention, even a certain liking. “I won’t tell you nothing more,” she promised. “I can pay you . . . but not a lot . . . yet.” She smiled properly for the first time, and it lit her face, softening its lines and lighting her eyes. “But I will,” she promised.

“That’s all right.” He cut off whatever else she might say. “I’m going only to see if I can help to begin with.” He stood up. Then she rose slowly, clutching her small bag in a gloved hand, almost like a child’s. At twenty-five, he felt ridiculously older than her.

She had already given him her address, and he had no need to ask for anything further.

The chambers chief clerk, Impney, was waiting in the hall. He glanced at Daniel, then conducted Jessie Beale toward the main door.

As soon as she was gone, Daniel knocked at Kitteridge’s office door. The moment he heard an answer, even though the words were indistinguishable, he opened the door and went in. He shut it behind him.

Kitteridge looked up from the papers he was reading, frowning slightly. “What? If you’re bored, there’s a whole lot of stuff you could draft replies to over there.” He glanced at a table on the other end of his room, considerably larger than Daniel’s. But he was ten years older than Daniel and generally considered the most promising barrister in chambers. He was taller also, well over six foot, and gangly, as if his limbs did not get the message from his brain at the same time. Daniel knew that Kitteridge was aware of this, even a trifle self-conscious, his shyness disarming the envy many people might have felt for his extraordinary skills. It did with Daniel; he felt slightly protective of Kitteridge at times, but this was definitely not one of them. 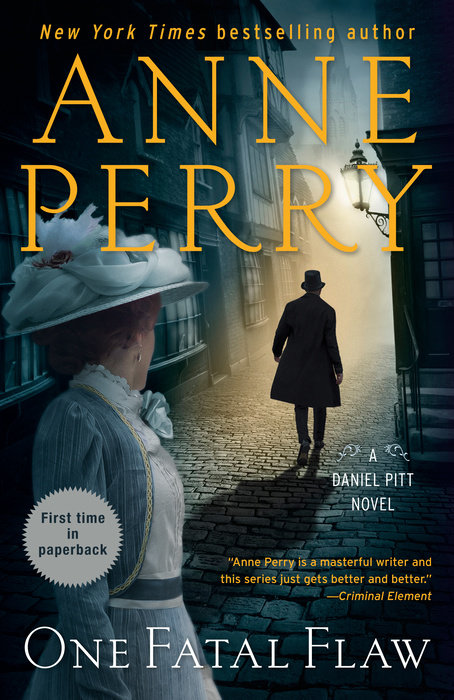