A smitten woman is about to marry a dangerous man—unless Detective Hooper and his new wife, Celia, can prevent it—in this wickedly tangled holiday mystery from bestselling author Anne Perry.

Detective John Hooper, William Monk’s right-hand man at the Thames River Police, is blissfully happy in his new marriage to Celia, the cousin of a victim in one of the river police’s recent murder cases. Celia wants the same happiness for her good friend Clementine, who’s just announced her engagement to Seth Marlowe, a member of her church. Christmas is nearing, and this should be extra cause for celebration, but when Marlowe begins receiving threatening letters about his first wife’s death, it becomes clear that he is far from the devout man Clementine thought he was. In his rage, Marlowe accuses Celia of sending the letters, claiming she wants to ruin his engagement to Clementine. At a loss as to how to defend herself, Celia enlists Hooper to investigate the letters’ claims, and what he finds makes her desperate to show Clementine the truth about her soon-to-be husband.

But Celia herself has not always been truthful, especially not during the murder trial following her cousin’s death. How can she be believed now, when she lied on the stand? Especially when Marlowe knows that she did, and could use it against her. This Yuletide season finds love and faith put to the test—and Celia’s and Clementine’s lives on the line.

An excerpt from A Christmas Resolution

Celia approached the vicar, who stood alone for a few moments in the shadow of the rounded arch above the doorway, sheltered from the rising wind. She wanted to say something about the excellence of his sermon beyond the usual “well done,” which covered anything and nothing.

“That really was beautiful. You made me hear it again as good news,” she said with a smile. “I know the message is familiar, but the weight of meaning behind it felt new. You must know that.” She knew that he did not.

As always at church, everyone was dressed in their Sunday best, women with bonnets and touches of fur, men with hats in their hands, the wealthier of them with rich astrakhan collars to match. And, of course, gloves. Everyone wore gloves. The cold winds blowing up off the Thames seemed to go straight through the layers of even the most expensive winter clothes. But at this moment, the departing congregation were all too spellbound by the vicar to feel the cold, as was Celia.

Normally, the Reverend Arthur Roberson was not a very enthusiastic speaker. He was pleasant enough to look at, mild-­mannered with an abundance of gray hair, although he was little over fifty. His voice was clear and well modulated, and he could sing with power. Usually, his sermons were competent, but not much more. However, today he spoke with an unaccustomed passion. Music filled his voice and his face was alight with the strength of his emotions.

“That is the message of the gospel,” he said to her. “The meaning of Christmas for all mankind, indeed for all the earth. No one is excluded, from the first year of our Lord until this year of grace 1872. And always, there is repentance for any and all sins. You cannot commit an act, entertain a thought, that God does not know.” He spread his arms wide, his eyes shining. “You cannot imagine any sin He has not already seen, and forgiven, if only you repent. From the small everyday sins of thoughtlessness, not caring about the grief of others, all the pain done by indifference,” he shook his head, “all the way to the depths of violence or depravity that lie at the edge of nightmare, it is all reachable to God. Such is His mercy and understanding.”

A man was approaching them, speaking to no one until he stood almost at the vicar’s elbow, where he could not be ignored. Seth Marlowe was a prominent member of the congregation, an outspoken leader of thought, which he expressed more often than Celia cared for. ­Celia was ashamed by how much she disliked him, but his opinions sounded to her unnecessarily rigid, unyielding, in places where she would have seen reason to make exceptions. One should temper the wind to the shorn lamb. What one person could disregard, another might find deeply wounding.

She knew Seth Marlowe had suffered both the death of his wife some years ago now and the defection of his daughter, their only child. She told herself regularly that she should try harder to make an exception for him, even more so because he was the vicar’s brother-­in-­law. The vicar’s late wife had been his sister and had also died young, leaving two wildly different men to grieve for their wives. The women had also died very differently: Una Roberson of tuberculosis, slowly and with varying degrees of pain, but surrounded by deep love in her own home. The vicar still mourned for her quietly but had filled his life with carrying out his duties, ministering to the whole village with gentleness. To Celia, it sometimes looked like overindulgence, even a degree of weakness. But she was ashamed of that thought. She did not know the secrets of other people’s feelings: guilt, abandonment, hopelessness, loneliness, or even the fear that there was no justice, no forgiveness, and no love in the world.

Rose Marlowe, on the other hand—­at least according to her husband, Seth—­had left home, abandoning him and taking their only child, who had since run off to God only knew where. Her father believed she was living on the streets. Rose had died, almost definitely by her own hand, leaving Seth haunted by a different kind of grief and a source of anger that never left him.

Now Seth Marlowe was very clearly wanting to speak to the vicar and was not going to wait much longer.

“Good morning, Mr. Marlowe,” Celia said, forcing a smile. “Wasn’t it an outstanding sermon? I’m sure everyone benefited from it and will go away the richer.”

“I hope they will also go away better. After all, a good sermon is a great deal more than comforting, Miss . . .” He corrected himself. “. . . Mrs. Hooper. It is the true meaning of Christmas, which is too often overlooked in festivities.” He turned to the vicar, excluding Celia in the gesture. “Arthur, if I might have a word with you? I have something of importance to tell you.”

“Of course,” the vicar replied. He always listened to anyone, no matter what they had to say.

Celia wondered if he ever lost patience and told them to deal by themselves with whatever troubles they faced.

“I wish you to be the first to know,” Marlowe said with a freezing glance at Celia, but she did not move. He had chosen a public place to interrupt. She was not going to be dismissed by him.

Marlowe gave something close to a smile. “I am going to be married to Clem­en­tine Appleby. As soon as it can be arranged in all decency.”

He went on talking, but Celia froze. Clem­en­tine was perhaps Celia’s closest friend in this village by the Thames, a stone’s throw away from London itself. Clem­en­tine was a little over thirty, still relatively young but old for a woman marrying for the first time, and from Celia’s own bitter experience of loneliness and exclusion, she understood Clem­en­tine well. Celia was just over forty, and less than a year before she had married a man with whom she was deeply in love. It was a happiness she wished for everyone, especially Clem­en­tine, who, like herself, had no close family. But to be marrying Seth Marlowe? That bitter, cruel man. She couldn’t!

Marlowe was staring at her now, his eyes critical. “Are you not happy for me, Mrs. Hooper? And for your friend Clem­en­tine? She will have a social position beyond yours, since your husband is a . . . dock laborer, or something of the sort . . .”

“He is a senior officer in the Thames River Police,” she snapped. She wanted to add that she had married for love, not social position, but that would be petty and imply something of Clem­en­tine that she did not for a moment believe. Yet Clem­en­tine could hardly be marrying Marlowe for love.

Marlowe stared at her with a smirk.

Celia drew in her breath to say something kinder, but Roberson spoke before her.

“God is not a respecter of persons, Seth. Many of the greatest spirits come in the humblest form. You should not forget that. I think Clem­en­tine is one of them. You are very fortunate, and I trust you will care for her and make her happiness your greatest aim.” There was a pinched look in his face, a hollowness. Did he feel as shocked as Celia did, even afraid?

“I should like to discuss arrangements with you,” Marlowe said to the vicar. “Privately, if you please.” He shot another cold look at Celia. “I do not wish Mrs. Hooper to participate. She is a bad influence on Clem­en­tine. She has . . . I do not wish to be unkind . . . unsuitable ideas about quite a lot of things.” He raised his voice slightly to be heard by others. “And has been mentioned in the newspapers.” He gave a sour smile. “Not the society pages, but court reports on crime. I will say no more, but I hope you understand, Arthur, that part of my duty toward the woman who will be my wife is to protect her from undesirable influences, and from scandal.”

Celia felt as if she had been struck in the face. She was almost robbed of breath. She knew exactly what Marlowe was referring to, of course.

It was a case about a year ago in which she had met John Hooper, who was an investigating policeman during the biggest tragedy of her life: the kidnapping and murder of her beloved cousin, Katherine. Katherine’s husband, Harry Exeter, had been accused of killing his wife as well as a woman prepared to give testimony against him. During that time, Celia found herself falling in love with Hooper. When Exeter had found out about Hooper’s earlier life as a seaman, and how he had led the crew against an unfit captain who nearly caused the drowning of every man on board, he used that information to force Celia to give Exeter an alibi. It didn’t matter to him that Hooper had saved all the crew’s lives, and to some extent the captain’s reputation. The only thing Exeter wanted was to walk free of two murders. If she lied, then Hooper’s secret would be kept. On the ­other hand, if she spoke what she knew, then Exeter would hang, but he would make damned sure that Hooper did, too. Because what Hooper had done to save lives had been a form of mutiny, which was a capital crime. Even if he, by some miracle, escaped the noose, he would certainly lose his job with the River Police. Celia had done the only thing she could: she had lied on the witness stand. 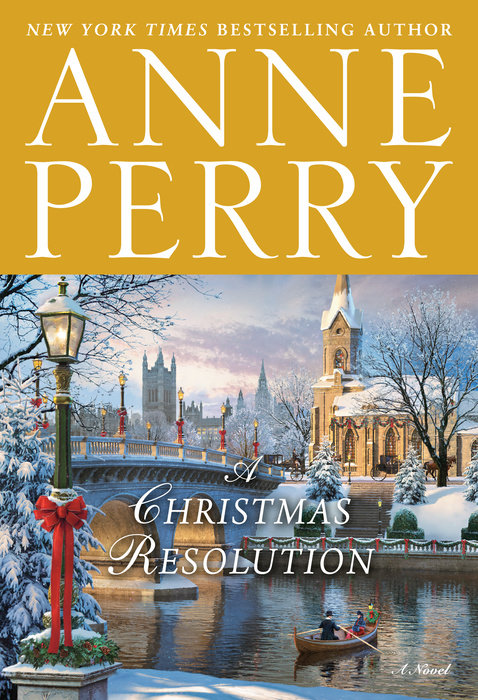