Beyond the edge of the galaxy lies the Unknown Regions: chaotic, uncharted, and near impassable, with hidden secrets and dangers in equal measure. And nestled within its swirling chaos is the Ascendancy, home to the enigmatic Chiss and the Nine Ruling Families that lead them.

The peace of the Ascendancy, a beacon of calm and stability, is shattered after a daring attack on the Chiss capital that leaves no trace of the enemy. Baffled, the Ascendancy dispatches one of its brightest young military officers to root out the unseen assailants. A recruit born of no title, but adopted into the powerful family of the Mitth and given the name Thrawn.

With the might of the Expansionary Fleet at his back, and the aid of his comrade Admiral Ar’alani, answers begin to fall into place. But as Thrawn’s first command probes deeper into the vast stretch of space his people call the Chaos, he realizes that the mission he has been given is not what it seems.

And the threat to the Ascendancy is only just beginning.

There were times, Ba’kif thought distantly, when it was good for a man to stare out of the relative stability of the Chiss Ascendancy into the Chaos. It was a chance to appreciate all that the Ascendancy was, and all that it meant: order and steadfastness, security and power, light and culture and glory. It was an island of calm amid the twisted hyperspace lanes and the ever-changing pathways that slowed travel and stunted trade for all those who lived out there.

The Chaos hadn’t always been that way, or so the legends went. Once, at the dawn of space travel, it had been no more difficult to move between any of the stars than it was now to travel in the Ascendancy. But then, millennia ago, a series of chained supernova explosions throughout the region had sent huge masses tumbling at high speeds between the stars, some of them demolishing asteroids or whole worlds, others sparking more supernovas with their near-lightspeed impacts. The movement of all those masses, coupled with regions of heavy electromagnetic flux, resulted in the constantly changing hyperlanes that made any voyage longer than a couple of star systems difficult and dangerous.

But that instability was a two-bladed knife. The limitations that stifled travel and thus helped protect the Chiss from invasion also slowed recon and intelligence gathering. There were dangers out there in the darkness, hidden worlds and tyrants who sought conquest and destruction.

One of those tyrants had apparently now set his sights on the Ascendancy.

“Are you certain this is the way?” he asked the young woman at the helm of their shuttle.

“Yes, General, I am,” she said. A flicker of controlled pain crossed her face. “I was part of the team that found it.”

Ba’kif nodded. “Of course.” There was another short silence, another moment of gazing out at the distant stars—

“There,” the woman said suddenly. “Ten degrees to starboard.”

Their ship moved forward, steadily closing the distance. Ba’kif gazed out the viewport, his stomach tight. It was one thing to see holos and recordings of a destroyed refugee ship. It was something else entirely to look personally upon the stark reality of slaughter.

Beside him, Senior Captain Thrawn stirred. “This wasn’t pirates,” he said.

“The damage pattern is designed to destroy, not immobilize.”

“Perhaps the majority of the destruction was inflicted after they plundered it.”

“Unlikely,” Thrawn said. “The angle of the majority of the shots indicates an attack from the rear.”

Ba’kif nodded. That was the same analysis and logic he’d followed, and it had taken him to the same conclusion.

That logic plus one more crucial, terrible fact.

“Let’s get the obvious question out of the way,” he said. “Is this ship at all related to the ones that attacked Csilla two days ago?”

“No,” Thrawn said promptly. “I can see no artistic or architectural connection between them at all.”

Ba’kif nodded again. That, too, had been his conclusion. “So it’s possible the two incidents are unrelated.”

“If so, it would be an interesting coincidence,” Thrawn said. “I consider it more likely that the attack on Csilla was a diversion to draw our attention inward and away from this event.”

“Indeed,” Ba’kif agreed. “And given the cost of the diversion, it further suggests someone really doesn’t want us taking a good look at this ship.”

“Indeed,” Thrawn said thoughtfully. “I wonder why they left the wreckage instead of destroying it completely.”

“I can tell you that, sir,” the pilot put in. “I was on the patrol ship that spotted the attack. We were too far away to intervene or to get any real sensor data, but the attacker apparently spotted our approach and decided not to risk a confrontation. By the time we arrived and began our investigation, it had escaped back into hyperspace.”

“So we already knew about the attack,” Ba’kif added. “The diversion was then presumably an attempt to push it out of our attention.”

“At least until more time had passed,” Thrawn said. “How much time, sir, do you estimate?”

Ba’kif shook his head. “Impossible to say for certain. But given the Syndicure’s outrage at the Csilla attack, I’m guessing they’ll keep up the pressure on the fleet to find the culprits for at least the next three or four months. Assuming, of course, that we don’t identify them before then.”

“We won’t,” Thrawn said. “From the recordings I saw of the attack, the ships looked old, even marginally obsolete. Whoever their master was, he chose ships that’ll most likely bear little resemblance to what he’s using now.”

Ba’kif smiled grimly. “But then, a little resemblance may be all we need.”

“Perhaps.” Thrawn gestured toward the wrecked ship. “I assume we’ll be going aboard?”

Ba’kif looked at the pilot. Her cheeks were tight, the skin around her eyes pinched. She’d been aboard once, and clearly had no desire to go back. “Yes,” he said. “Just the two of us. The shuttle crew will stay here on watch.”

He waited until Thrawn had left. “I presume you left everything as you found it?” he asked the pilot.

“I don’t understand why you wanted it left intact instead of bringing it in for a more thorough investigation,” she said. “I can’t see how anything in there will do you any good.”

He looked toward the hatch where Thrawn had gone. “In fact, I’m counting on it.”

Ba’kif had seen the holos the patrol had sent to the Syndicure on Csilla and the Expansionary Defense Fleet headquarters on Naporar.

Like the ship itself, the reality was far worse.

And bodies. Lots of bodies.

Or rather, the remains of bodies.

“This wasn’t a freighter.” Thrawn’s voice came softly through Ba’kif’s helmet speaker. “It was a refugee ship.”

All of them slaughtered with the same brutal efficiency.

“What did the fleet’s analysis give us?” Thrawn asked.

“Precious little,” Ba’kif admitted. “As you already noted, the ship’s design isn’t one we’ve seen before. The victims’ nucleic code isn’t in our data listings. The size of the ship suggests it didn’t travel overly far, but there are a lot of planetary systems and small nation clusters in the Chaos that we’ve never visited.”

“And their physical characteristics . . .” Thrawn waved a hand.

“Not easy to read,” Ba’kif said grimly, shivering in spite of himself. Explosive rounds had left very little for even the best reconstruction team to work with. “I was hoping there might be something you could glean from what they left behind.”

“There are a few things,” Thrawn said. “The basic ship design has certain characteristics that likely translate to other aspects of their culture. Their clothing, too, is distinctive.”

“All that, and more,” Thrawn said. “There’s a certain air about such things, an overall feeling that forms in my mind.”

“Nothing you can codify for us?”

Thrawn turned to him, and through his faceplate Ba’kif saw the other’s wry smile. “Really, General,” he said. “If I could write all this down, I certainly would.”

“Agreed,” Thrawn said. “But rest assured I’ll be able to recognize these beings when I see them again. I presume your plan is to search for the ship’s point of origin?”

“Under normal circumstances, I would definitely do so,” Ba’kif said. “But with the Syndicure in its current state of uproar and outrage, it might be difficult to detach a task force from Ascendancy defense.” 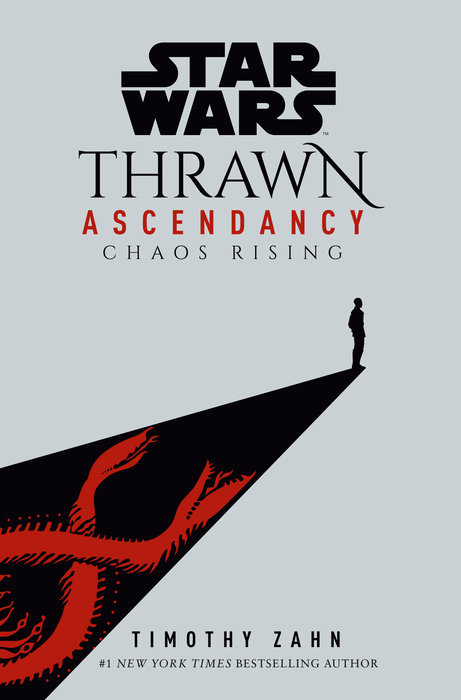