Imagine you’re a rookie bartender and this is your handbook. Your training begins with a boot camp of sorts, where you follow the same path a Death & Co bartender would to discover your own palate and preferences, learn how to select ingredients, understand what makes a great cocktail work, and mix drinks like an old pro. Then it’s time to invite your friends over to show off the batched and ready-to-pour mixtures you stored in the freezer so you could enjoy your guests instead of making drinks all night.

More than 600 recipes anchor the book, including classics, low-ABV and nonalcoholic cocktails, and hundreds of signature creations developed by the Death & Co teams in New York, Los Angeles, and Denver. With hundreds of evocative photographs and illustrations, this comprehensive, visually arresting manual is destined to break new ground in home bars across the world—and make your next get-together the invite of the year.


On New Year’s Eve 2006, I opened Death & Co on a quiet side street in Manhattan’s East Village. Within our first couple of years of business, our bar had secured its place among the world’s leading cocktail bars, and by the time Alex became a partner in 2008, we began planning to open more Death & Co bars around the country—and perhaps one day abroad. It wasn’t a matter of if we’d open more locations, but when and where.

The when, it turns out, would be more than a decade later. Early negotiations with Death & Co’s two other founding partners, Ravi and Craig, went nowhere, so I put our unfinished agreement in a drawer and focused my attention elsewhere. Alex and I started a hospitality consulting company, Proprietors LLC, and we both moved to Los Angeles.

As our new lives and business took off in California, we did our best to put our dreams of opening another Death & Co to rest. We took on numerous projects around L.A., built a proper office and development lab, and expanded our consulting work across the world. As Proprietors LLC grew, so did our ambitions. We formed a partnership with L.A. nightlife impresario Cedd Moses, which allowed us to develop three new bars from the ground up: the downtown cocktail bar and dance club Honeycut, and a pair of bars inside the Normandie Hotel in Koreatown: a lively lounge called the Normandie Club, and an ambitious, omakase-inspired cocktail den called the Walker Inn.

While this partnership helped us build our confidence and competence in opening and operating bars, it did little to help us improve our financial acumen, as the accounting responsibilities fell to Cedd’s group. Meanwhile, business at Death & Co was as good as ever, but we were so disconnected from the day-to-day operations at the bar that the culture began to suffer from our lack of oversight. Alex and I decided that it was time to recommit ourselves to our partnership with the other Death & Co founders and pave a path to opening more bars that would be completely our own. In our previous projects, we’d always felt like the little kids at the grown-ups’ table. We decided that the only way forward was to embrace any fears of failure, take control of all the details of running a bar, and build our own f***ing table.

So we slowly disentangled ourselves from our three L.A. partnership bars, pulled our unfinished Death & Co agreement out of the drawer, and patched up relationships with Ravi and Craig. We reinserted ourselves into the New York bar, working to tighten up the operations and financials and to revitalize the working culture there. I started reading every business book I could get my hands on, and I joined Acceler8, a coaching program for hospitality owners who want to grow their business. From there we trained ourselves in something called the Entrepreneurial Operating System (EOS) and used it to align our values and vision for the company and its future. EOS was like rocket fuel for our leadership team, and everything was finally starting to gel.

Learning a structured system that we could apply to our company felt liberating. It gave us a framework for many aspects of our operations and also helped us understand the differences in our personalities, responsibilities, and roles—something we had long been missing. It became clear that although Alex and I both love every part of running bars, we excel at very different things. I tend to think like a typical founder, chasing long-term vision and instilling the values and culture that will help lead us there. Alex thrives in problem solving and the details, finding the path from an idea to a finalized product. An example of this rests in your hands—I get to chase the deals for our books while Alex works with Nick to transpose our working worlds to the page.

Around this time we received a short (and mythically serendipitous) email from Ryan Diggins, a Denver-based real-estate developer who was building a hotel, the Ramble, in the city’s up-and-coming RiNo (River North Art District) neighborhood. The hotel needed a hospitality partner to operate its food and beverage programs, and he wanted Death & Co to be that partner. When we met Ryan, it quickly became clear that our values and vision were aligned, and while the Denver project would be uncharted territory for our company—we’d be responsible for multiple bars and a central kitchen (almost) twenty-four hours a day, seven days a week—we felt that we were ready, personally and professionally, to finally open another Death & Co.

The process of opening Death & Co Denver was unlike anything we’d done before. But through our many years of opening and running bars, we’d learned from both our successes and our many setbacks, and we had the right mix of experience, confidence, and humility to pull it off. The physical space of Death & Co Denver couldn’t be more different than that of our small New York bar: five individual bars comprising some twelve thousand square feet. Our first challenge was to figure out how to make this massive, all-day space still feel like a Death & Co. The culture of our New York bar is largely defined by the intimacy of its space and the smallness of its team, which isn’t easy to replicate in a bustling hotel. But when we looked more deeply into what defines our cocktails and approach to hospitality, we identified some core values and qualities that could be planted in our Denver location, and beyond.

Death & Co’s approach to cocktails has always been driven by a dual dedication to quality and elegance. Our drinks are rooted in classic cocktails, with honest, direct flavors and compositions. We welcome innovation, of course, but it is not our driving motivation. Most of all, we want our cocktails to elicit a response that’s not “Hmm, that’s interesting,” but “Wow, that’s f***ing delicious!” As simple as that sounds, “that’s f***ing delicious” extends far beyond just what’s in the glass. Let’s zoom out: The temperature of the glass, the coaster on which it rests, and the texture of the marble bar below it all contribute to the enjoyment of that cocktail, as do the engagement and personality of the staff who served it, the guests surrounding you, the music and lighting that fill the space—all of these things contribute to “f***ing delicious,” and all are essential to the Death & Co experience.

Although the space and staff at Death & Co Denver dwarfed that of our New York bar, we were able to express its ethos in new and additional ways. We hired a staff of wonderful, well-rounded humans; some arrived with experience and technical prowess; others had little or no cocktail chops, but the drive to learn and develop. We reimagined our approach to cocktail and menu development (more on this in chapter 3), and we forced ourselves to focus on intentional and transparent management rather than the passive maintenance that had adversely affected the culture of our New York bar in the past.

As the Death & Co Denver project was getting off the ground, we signed a lease in L.A.’s Arts District in a building that was around the corner from our longtime office, where all of our projects, prior to Denver, had been incubated. Over the years, we’d become part of the neighborhood’s community of artists and entrepreneurs, and we were beyond excited to finally open Death & Co Los Angeles after years of scouting, negotiations, and setbacks. Our new bar was to be located in the basement of a building that had yet to be renovated, so we also had our first opportunity to design a space from the ground up (or rather, from the street level down). Death & Co L.A. would also be the biggest bet we’d ever placed on ourselves, as we were covering all of the costs. The physical space was small(ish) and cavernous, like our New York bar, but we didn’t want to simply replicate Death & Co NYC. New York and Los Angeles are very different cities, with different nightlife scenes. It’s easy to maneuver around New York City, so our guests tend to bar-hop, especially when they have to wait for a seat at Death & Co. In L.A., you tend to pick a spot and stay there for the night, so we wanted to create an environment that wouldn’t have to turn guests away (as we did hundreds of times a night in NYC) and would invite long, lingering evenings. We added a second space to Death & Co L.A., called the Standing Room, where the cocktail menu was succinct, service was swift, and guests could stick around for a drink while they waited for a table in the main lounge. L.A.’s cocktail culture is also more informal, so we wanted to balance the seating-room-only main bar with this more casual adjacency without abandoning our high-touch approach to service.

We opened Death & Co L.A. in mid-December 2019, which is one of the worst times of the year to open a bar, but we quickly outperformed our modest expectations for our first month of business. A few weeks in, we were very proud of what everyone had accomplished: we had a great management team in place, which allowed Alex and me to take a step back from the minutiae of opening a bar and let our talented team drive the bus, a natural evolution of the company that we’d been working toward for years.

NICK FAUCHALD is a Brooklyn-based writer, editor, and publisher of print and digital products. 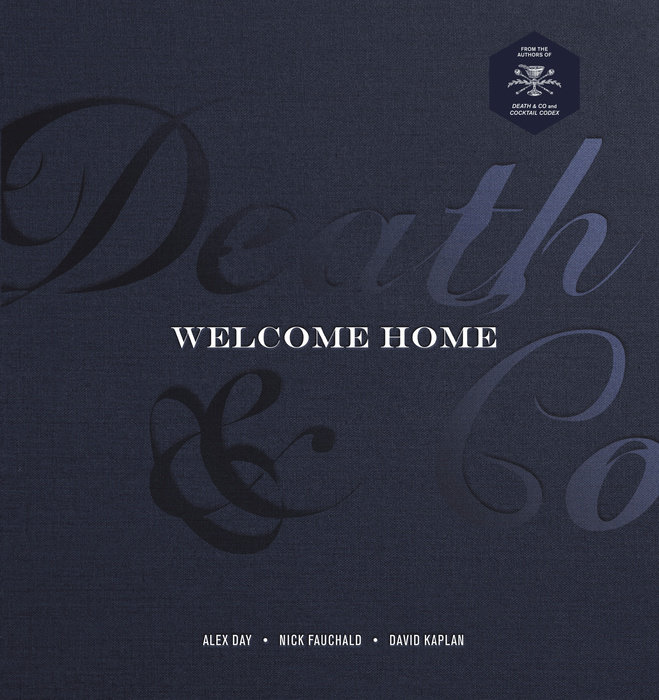