NEW YORK TIMES BESTSELLER • When a woman alone in the world bravely chooses to open her heart, two lost souls have a new chance at belonging, in this intimate novel from #1 New York Times bestselling author Debbie Macomber.

A new beginning in charming Oceanside, Washington, is exactly what Hope Godwin needs after the death of her twin brother. There are plenty of distractions, like her cozy cottage with the slightly nosy landlords next door, and a brewing drama among her students at the local high school.

Even having settled quickly into the community, Hope still feels something is still missing. That is, until her landlords convince her to volunteer at their animal shelter. There she meets Shadow, a rescue dog that everyone has given up on. But true to her name, Hope believes he’s worth saving.

Like Shadow, shelter volunteer Cade Lincoln Jr. is suffering with injuries most can’t see. A wounded ex-marine, Cade identifies with Shadow, assuming they are both beyond help. Hope senses that what they each need is someone to believe in them, and she has a lot of love to give. As she gains Shadow’s trust, Hope notices Cade begins to open up as well. Finding the courage to be vulnerable again, Cade and Hope take steps toward a relationship, and Hope finally begins to feel at peace in her new home.

But Hope’s happiness is put to the test when Cade’s past conflicts resurface, and Hope becomes embroiled in the escalating situation at the high school. Love and compassion are supposed to heal all wounds, but are they enough to help Hope and Cade overcome the pain of their past and the obstacles in the way of a better future?

An excerpt from The Best Is Yet to Come

A teacher really shouldn’t have a favorite student.

Yet Hope Goodwin did. She was consistently blown away by Spencer Brown, the awkward young man in her Introduction to Computer Science class. He was miles ahead of everyone else. Hope feared his ability would quickly shoot past anything she could teach him. When he first showed up for class, she was surprised. He was by far the smartest kid in school and destined to be class valedictorian. He didn’t need the credits. Every other class in his schedule was at AP level. The gossip she’d overheard in the teachers’ lounge was that both Stanford and Yale were looking at him. The kid was going places. Sure as anything, Spencer didn’t need a basic computer class.

It didn’t take Hope long to discover the reason Spencer was in her classroom.

Callie Rhodes, another senior, a member of the dance team and senior class royalty. She was far and away out of Spencer’s league.

Hope hated that Spencer was setting himself up for a major disappointment. Every class, the kid gave himself away. Hope was convinced she wasn’t the only one who noticed, either. Spencer seemed unable to take his eyes off Callie.

Hope wondered if he’d heard a single word of anything she’d said the entire class period. His entire focus remained on Callie, and the pretty teenage girl seemed completely oblivious to him.

Callie was popular, pretty, and smart. From what Hope had been able to determine, she was dating Scott Pender, the school’s star athlete and quarterback. She’d heard Scott played key positions on the basketball and baseball teams as well. Compared to Scott, Spencer didn’t stand a chance.

Hope’s last period of the day was AP U.S. History, and both Spencer and Callie were in that class. Oceanside High was a small school with fewer than three hundred students. The size suited Hope. She’d been looking to make a significant change in her life. Living in California, being alone in the world, she’d badly needed to get away, to forget and move forward.

No state income tax was only one of the reasons Washington State appealed to her. It was beautiful and she felt sure she could find a good job there in a charming and friendly community. So she applied for teaching positions in several small towns that dotted the western half of the state. With her two degrees—a master’s in education and another in counseling—she wasn’t surprised to be hired by the Oceanside High School. She knew she was a good candidate. In addition to teaching computer science and U.S. history, she also worked as a counselor two afternoons a week, which wasn’t an opportunity afforded her at other schools. It made Oceanside an even better fit. Students came to her with a variety of issues. Mostly they needed someone willing to listen.

Moving to Oceanside had been the right move. Living close to the ocean had always been important to her. Any home or rental within ten miles of the Pacific in California was way out of her limited budget. It astonished her that the small rental cottage she found in Oceanside was well within walking distance of the ocean and, best of all, affordable.

Her landlords, Preston and Mellie Young, were great. Preston operated the local animal shelter, and Mellie was a full-time mother to their two toddlers. For the most part they kept to themselves. Hope exchanged pleasantries whenever they met. Mellie stayed indoors a lot, so Hope didn’t see her often, but that was fine.

The cottage was older, probably built sometime in the 1960s or ’70s. Mellie had mentioned that it had once been a summer rental. Only in the last few years had it been rented out full-time. Given how old the house was, it was only natural that it needed a few minor repairs. The kitchen could use a new paint job. One of the faucet handles was loose in the bathroom; the railing on the step was held together by a single nail. All minor details that would be easy fixes. Hope wasn’t complaining, though, seeing how reasonable her rent was. Determined to be a good tenant, Hope would gladly fix whatever needed to be done herself. No need to give her landlords a reason to raise the rent.

Oceanside was the perfect place for her to escape, put down roots, and get a fresh start at life. Her desire was to let go of the pains of the past and move forward, breathing in the new and exhaling the past.

Following the last class of the day, Hope left the classroom and headed toward the office where she had been assigned a small space. Glancing out the window, she saw the football team was on the practice field. She noticed Callie on the sidelines with a few of her friends from the dance team watching the boys do their drills on the grassy field.

Spencer sat on the bleachers with an open book in his lap, surreptitiously watching Callie. The poor kid was setting himself up for nothing but heartache. Hope hated to have to witness what was sure to follow. She knew there was nothing more she could do unless Spencer sought out her advice.

After an hour of meeting and talking with a number of students, Hope left for the day. The football team was still on the field. One thing Hope had learned early on was the pride the entire community took in the success of the high school football team.

One advantage of renting the cottage from Preston and Mellie was that the school was a close walk from home. Because she had errands to run, Hope had driven that morning. These errands were admittedly a delay tactic for what awaited her at the cottage.

After stopping off at the grocery store and the cleaner, she headed back. The two-bedroom house had come furnished but was small. Still, it had far more space than the studio apartment she’d rented in Los Angeles. Although the functional furniture was outdated, for the most part, it wasn’t an eyesore. Whoever had lived here previously had taken good care of the property. With a few minor changes, she could make the cottage homey and comfortable. However, that meant unpacking the boxes that remained behind the closed door of the small guest bedroom.

The room she’d avoided opening from the day she’d moved to Oceanside.

Hope didn’t need anyone to tell her why she kept those boxes safely tucked away and out of sight. Seeing how much she’d lost, it made perfect sense. Those packing boxes contained the reminders of all the pain and heartache she’d suffered.

Determined to move forward no matter how difficult, she delayed just long enough to put the milk and cottage cheese in the refrigerator and stack the frozen entrées in the freezer.

Walking into her bedroom, she hung up the jacket she’d collected from the dry cleaner. Once in the hallway, she faced the closed guest bedroom door, took in a deep breath, and turned the handle before moving into the room.

The boxes were stacked three and four high against the wall, right where she’d left them. She stood on the other side of the single bed with the rose bedspread that reminded her of her grandmother’s small flower garden.

For a long moment, Hope stared at the wall, gathering her resolve.

“This is ridiculous,” she said aloud, to convince herself it was time.

Reaching for the top one, she set it down on the shag carpet, and with a burst of energy pried open the top. Peering into the cardboard box, she stared at the contents and swallowed hard.

Talk about leaping into the fire. Inside the very first box was all the pain she’d hoped to forget.

On the very top, carefully covered in bubble wrap, was the photo of her twin brother, Hunter, in his Army Ranger uniform. Even before she removed the protective covering, she could see Hunter’s serious expression, while his dark eyes, so like her own, sparkled with pride. He’d been proud to be Airborne, proud to serve his country. Hunter had always been fearless and headstrong. It was only natural that he’d think of jumping out of a plane, thousands of feet aboveground, as being a thrill when the very thought terrified Hope. Twins, so different and yet so alike. She sensed it was the same with the twins she had in her class. Callie and Ben, both seniors.

Tears gathered in Hope’s eyes as she held the framed photograph against her heart. Hunter, her precious brother, had paid dearly for his commitment to serve his country. More than a year ago, he’d died a hero in some unpronounceable city in an Afghan desert.

Along with the moisture that covered her cheeks, familiar anger settled in her chest, tightening to the point that she found it painful to breathe. With every bit of communication between them while he was on duty, she’d pleaded with Hunter to be careful. She’d begged him not to take any unnecessary risks. 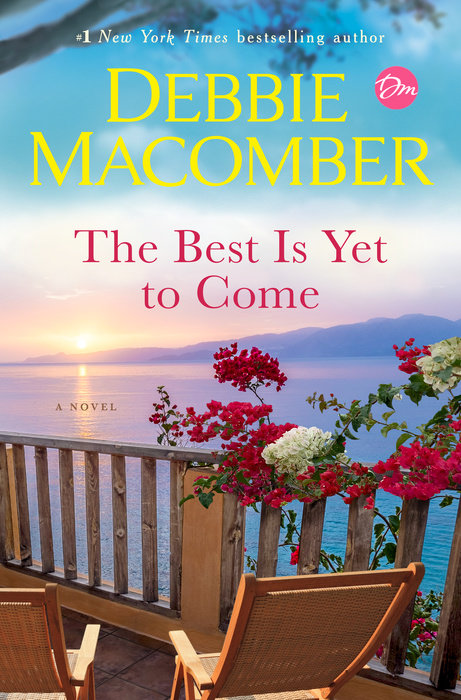