A kindhearted librarian gets more than she bargained for when she sets out to find the man of her dreams—by the book, of course—in this charming novel from #1 New York Times bestselling author Debbie Macomber.

Jayne Gilbert longs to attend her high-school reunion with a handsome man on her arm. Still single ten years after graduation, Jayne wants nothing more than to prove her former bullies wrong. The only romances in her life are those she reads about so, at the encouragement of her coworker, a determined Jayne decides to do her research.

As Jayne prepares to teach herself how to land a man, an encounter with her neighbor Riley Chambers quickly changes everything. Just when she believed she’d be alone forever, Jayne finds herself falling for Riley in ways she never expected. But Riley is just as bold and mysterious as Jayne is prim and proper. Opposites may attract, but are Riley and Jayne built to last?

An excerpt from Sugar and Spice

And for the third time Jayne Gilbert stalled, taking a small bite of her egg-salad sandwich. She always ate egg salad on Tuesdays. “I don’t know.”

The invitation to her class reunion lay in the bottom of Jayne’s purse, taunting her with memories she’d just as soon forget. The day was much too glorious to think about anything unpleasant. It was now mid-May, and the weather was finally warm enough to sit outside as they had lunch at a small café near the downtown Portland library.

“You’ll regret it if you don’t go,” Gloria continued with a knowing look.

“You don’t understand,” Jayne said, pushing her glasses onto the bridge of her nose. She set aside the sandwich. “I was probably the only girl to graduate from St. Mary’s in a state of grace.”

“My whole senior year I had to listen while my classmates told marvelous stories about their backseat adventures,” Jayne said wryly. “I never had any adventures like that.”

“And ten years later you still have no tales to tell?”

She nodded. “What’s worse, all those years have slipped by, and I’ve turned out exactly as my classmates predicted. I’m a librarian and living alone—alone being the operative word.”

Jayne even looked the same. The frames of her glasses were more fashionable now, but her hair was the same shade of brown—the color of cedar chips, just a tad too dark to be termed mousy. She’d kept it the same length, too, although she preferred it clasped at the base of her neck these days. She no longer wore the school’s uniform of a red blazer jacket and navy pleated skirt, but she wore another one, of sorts. A straight black skirt or tailored pants, a white silk blouse, and a business jacket were her daily attire.

Her romantic dreams had remained dreams, and the love in her heart was showered generously upon the children who visited her regularly in the library. Jayne was the head of the children’s department, while Gloria was a reference librarian. Both of them enjoyed their jobs.

“That’s easy to fix,” Gloria returned with a confidence Jayne lacked. “Go to the reunion looking different. Go dressed to the teeth, and bring along a gorgeous man who’ll make you the envy of every girl in your class.”

“I can’t be something I’m not.” Jayne didn’t bother to mention the man. If she hadn’t found a suitable man in ten years, what made Gloria think she could come up with one in two months?

“For one night you can be anything you want.”

“It’s not that easy,” Jayne felt obliged to argue.

Until yesterday, before she’d sorted through her mail, she’d been content with her matter-of-fact existence. She liked her apartment and was proud of her accomplishments, however minor. Her life was uncomplicated, and frankly, she liked it that way.

But the last thing Jayne wanted was to go back and prove to her classmates that they’d been right. The thought was too humiliating. When she was a teenager, they’d taunted her as the girl most likely to succeed—behind the pages of a book. All her life, Jayne had been teased about her love for reading. Books were everything to her. She was the only child of doting parents who’d given up the hope of ever having children. Although her parents had been thrilled at her late arrival, Jayne often wondered if they’d actually known what to do with her. Both were English professors at a Seattle college and it seemed natural to introduce her to their beloved world of literature at an early age. So Jayne had spent her childhood reading the classics when other girls were watching TV, playing outside, and going to birthday parties. It wasn’t until she reached her teens that she realized how much of a misfit she’d become. Oh, she had friends, lots of friends . . . Unfortunately, the majority of them lived between the covers of well-loved books.

“You need a man like the one across the street,” Gloria said.

“The one in the raincoat.”

“Him?” The tall man resembled the mystery guy who lived in her apartment building. Jayne thought of him that way because he seemed to work the oddest hours. Twice she’d seen him in the apartment parking lot making some kind of transaction with another man. At the time she’d wondered if he was a drug dealer. She’d immediately discounted the idea as the result of an overactive imagination.

“Look at him, Jayne. He’s a perfect male specimen. He’s got that lean hardness women adore, and he walks as if he owns the street. A lot of women would go for him.”

Watching the man her friend had pointed out, Jayne was even more convinced he was her neighbor. They’d met a few times in the elevator, but they’d just exchanged nods; they’d never spoken. He lived on the same floor, three apartments down from hers. Jayne had been living near him for months and never really noticed the blatantly masculine features Gloria was describing.

“His jaw has that chiseled quality that drives women wild,” Gloria was saying.

“I suppose,” Jayne concluded, losing interest. She forced her attention back to her lunch. There was something about that man she didn’t trust.

“Well, you aren’t going to find someone to take to your class reunion by sitting around your apartment,” Gloria muttered.

“I haven’t decided if I’m going yet.” But deep down, Jayne wanted to attend. No doubt it was some deep-seated masochistic tendency she had yet to analyze.

“You should go. I think you’d be surprised to see how everyone’s changed.”

That was the problem; Jayne hadn’t changed. She still loved her books, and her life was even more organized now than it had been when she was in high school. Ten years after her graduation, she’d still be the object of their ridicule. “I don’t know what I’m going to do,” she announced, hoping to put an end to the discussion. 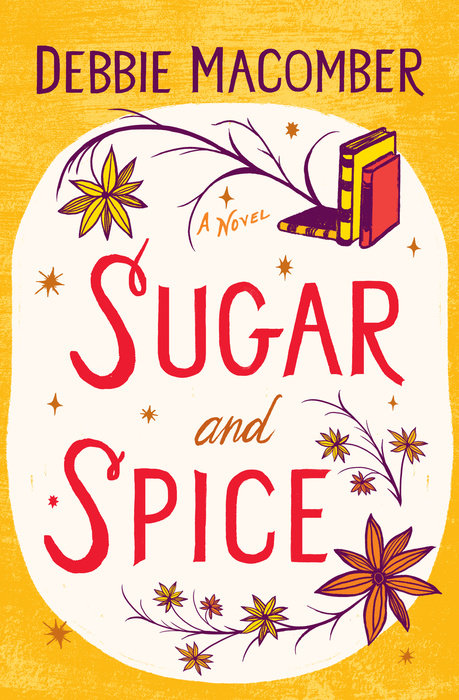