Marjorie Majors has not been to a doctor since she was fourteen, and she’d like to keep it that way. As far as she is concerned, she has always been perfectly fine on her own. Marjorie doesn’t need—or want—anyone to take care of her. But when an unbearable case of appendicitis becomes too much to bear, Marjorie begrudgingly gives in, reluctant as ever.

Enter Dr. Sam Bretton, who is just as warm and friendly as he is handsome. It turns out that Sam's bedside manner can inspire confidence in anyone, and as he and Marjorie get to know one another, their friendship clearly has the potential to become something more. Yet Marjorie’s old defiant ways still linger, and she can’t help but hesitate to let a man into her heart. Will her stubbornness threaten to end her love story before it has even begun?

An excerpt from Any Sunday


Marjorie Majors’s deep brown eyes widened as a flash of burning pain shot through her side. Feeling hot and flushed again, she guessed she was running a fever. Her smile was decidedly forced as she walked across the showroom floor, weaving her way around the shiny new Mercedes while lightly pressing her hand against her hipbone. She’d thought that if she ignored the throbbing ache, this unexplained malady would vanish on its own. So far her reasoning hadn’t worked, though, and the mysterious discomfort had persisted for days.

“Is your side hurting you again?” Lydia Mason, the title and license clerk for Dixon Motors, called from behind the front counter.

“A little.” Now, that had to be the understatement of the week, Marjorie mused. The shooting pain had been coming and going all day with no real rhyme or reason. She should have known she wasn’t going to be able to fool Lydia.

Her friend had a nose for news. Little transpired at Dixon Motors without Lydia knowing about it.

“Honestly, Marjorie, why don’t you just see a doctor?”

Lydia, who stood barely five feet tall and wore heels that increased her height an additional two inches, moved around the counter. Her mouth was pinched into a tight line of determination. “But you haven’t been feeling good all week.”

“Has it been that long?”

“Longer, I suspect,” Lydia murmured, shaking her head. “Listen, no one is going to think less of you for needing a doctor, for heaven’s sake. Just because you’re one of only three female salespeople here, that doesn’t mean you have to behave like Joan of Arc.”

“But it’s just a little stomachache.”

“What did you have for lunch?”

Marjorie shrugged noncommittally, preferring not to lie. A wry smile lifted the corners of her full mouth as she pretended to survey the parking lot, hoping a prospective buyer would magically appear so she would have an excuse to drop the conversation. She didn’t want to admit that with her stomach acting up, she hadn’t bothered to eat lunch. And now that she thought about it, breakfast hadn’t appealed to her, either.

“You didn’t have any lunch, did you?” Lydia challenged.

“That’s it, Marjorie—that’s the final straw. I’m making you an appointment with my gynecologist.”

“You heard me.” Lydia didn’t wait for an argument.

With her manicured fingernails, she flipped the hair that had fallen across her cheek to the back of her shoulder and marched around the counter with the authority of a Marine drill sergeant.

Ignoring Marjorie’s protest, Lydia pressed the phone to her ear and turned her back to her friend. “What’s crazy,” she said, twisting her head around, her eyes sparking with impatience, “is suffering for days because you’re afraid to see a doctor.”

“I am not afraid! And a gynecologist is the last person I want to see.” Marjorie couldn’t seem to get it through her friend’s thick skull that a queasy stomach was unworthy of all this fuss. From the way Lydia was behaving, Marjorie fully expected her friend to dial 911 to report a minor pain that came and went without warning. She’d lived with it for the last few days—a little longer wasn’t going to matter. More than likely, it would disappear as quickly and unexpectedly as it had come. Or so she continued to hope.

“Today, if possible.” Lydia spoke firmly into the telephone. She placed her hand over the receiver and turned to Marjorie. “Listen, I had a friend once with similar symptoms, and it ended up being female problems and—” She broke off abruptly. “Five o’clock would be fine. Thanks, Mary.”

Although Marjorie knew it wouldn’t do any good, she tried again. “Lydia . . .”

The telephone was replaced in its cradle before Lydia turned around. “And something else. Dr. Sam isn’t your run-of-the-mill doctor. He’s wonderful! If you need to see someone else, he’ll refer you, so stop looking so worried.”

“But I’m sure this pain is nothing.”

“Then checking it out won’t be any big deal. Right?” Marjorie shrugged. “He has an opening this afternoon at five.”

“His name is Dr. Sam?” Now Marjorie had heard everything. “Will Nurse Jane be there, too?”

“He’s really terrific,” Lydia announced with a loud sigh, obviously choosing to ignore Marjorie’s sarcasm. “I think I fell in love with him in the delivery room just before Jimmy was born. He was so gentle and understanding when I was in labor. He made me feel like I was the most noble, heroic woman in the world for enduring the pain of childbirth.”

“Hey, I’ve got a stomachache. I’m not looking to find Prince Charming.”

“Does Dr. Sam have a last name?” She wasn’t bothered by the thought of seeing a physician, exactly, but the simple truth was that Marjorie hated relying on anyone else. She could take care of herself very well, and relying on another person went against her fiercely independent nature.

“His name is really Sam Bretton, but everyone calls him Dr. Sam.”

Marjorie rolled her eyes toward the ceiling. “I don’t know if I can trust a man who sounds like he keeps an office on Sesame Street.”

“Wait and see,” Lydia claimed, writing out directions to the medical center on a piece of paper and ripping it free of the tablet before handing it over to Marjorie. “He’s marvelous—trust me.”

Marjorie folded the paper in half and stuck it inside her purse. If nothing else, it would be interesting to meet the guy. Lydia wasn’t generally free with her praise, yet she hadn’t been able to say enough good things about this guy.

Marjorie made a barely perceptible movement of her head, as if to say it made no difference to her how she felt about him. She didn’t care what he looked like, as long as he could give her something for this blasted pain. 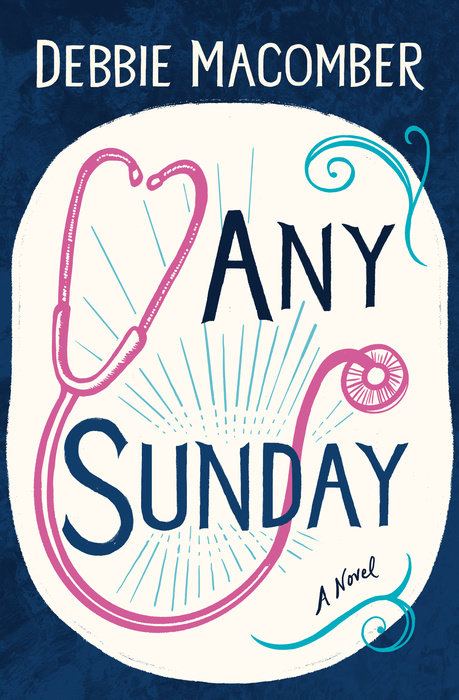