“Entertaining and energetic . . . superbly taut . . . Frey keeps up the suspense right to the end.”—Financial Times

Investment banker Andrew Falcon is spearheading the biggest hostile takeover in Wall Street history—and counting on a staggering five-million-dollar fee if he can pull it off. But Falcon doesn't realize that he has stumbled onto the secret power of a shadowy organization known only as The Sevens. He discovers a scheme so interwoven in financial and political sabotage, so vast and brilliantly designed, that it staggers the imagination.

His only chance to stop it depends on taking overwhelming risks—and learning which of the two beautiful women in his life can be trusted. Andrew Falcon's struggle for survival begins as he tries to outwit his betrayers—and a hidden enemy whose hatred is implacable.

An excerpt from The Takeover

Life was good. Andrew Falcon was about to come into a tremendous amount of money—he hoped. Only fifteen months before, he had become the youngest partner in the 142-year history of Winthrop, Hawkins & Company, Wall Street’s oldest and most prestigious investment-banking firm. He inhaled deeply from the Macanudo cigar, leaned back in his wing chair, and blew thick smoke gently toward the high ceiling of the Racquet Club, the staid New York City gentlemen’s establishment. Typically, he didn’t smoke a cigar, but tonight it tasted good.

Falcon’s head was spinning. The annual partners’ dinner—his first, since last year had been his first as a partner—was four hours old. He had enjoyed several Glenlivet cocktails prior to the meal and a bottle of cabernet with his filet mignon. Now he noticed the white-gloved waiters beginning to uncork magnum bottles of Dom Pérignon.

It would take several minutes for the waiters to serve all seventy-six partners, and Andrew needed to maintain his stone-calm composure. In a very short time the annual bonuses would be distributed, and the anticipation was gut-wrenching. This wasn’t the corporate “ten thousand dollars and a pat on the back” bonus. This was real money, investment-banking money. Falcon reached for the snifter of cognac standing before him on the linen tablecloth.

The tables were arranged so that they formed a large U shape in the dimly lit, mahogany-panelled room. The chairman and most senior partner, E. Granville Winthrop IV, great-great-grandson of the firm’s founder—and a direct descendant of the Massachusetts Bay Colony’s first governor—sat at the head of the arrangement. The other partners were seated on either side of Winthrop according to their tenure with the firm. The most tenured of the partners sat immediately to Granville’s left and right and so on away from him as the individual’s length of service to the firm decreased.

Falcon sat at one end of the U, directly across the room from Roland Thompson. Thompson was a thin, Waspish-looking man of thirty-eight who, even though his eyesight was 20/20, wore tortoiseshell glasses. Thompson had made partner two years ago. Almost overnight he had guided Winthrop, Hawkins to the top of the convertible-debt league tables. This year, however, it was rumored among the partners that Thompson had made some very bad trades and lost the firm a great deal of money. But only Granville, the four other members of the Management Committee, and Thompson knew for certain. Losses in specific groups of Winthrop, Hawkins were not disclosed to the partners. Of course, that did not stop them from speculating among one another. Andrew noted that Thompson had become drunk early in the evening. He also noted that no one seemed eager to speak with Thompson during cocktails. Now the man was so intoxicated his head was almost resting on the table.

Thompson’s group was not the only area of the firm rumored to be bleeding. Revenues for the Fixed Income and Equity Underwriting divisions, two of the firm’s flagship units, were supposed to be below the healthy numbers of previous years. Origination, underwriting, and trading figures in those groups were all off. Off as a result of what the President of the United States termed economic stability—slow but steady growth. And what the investment bankers called anemia. They didn’t like slow and steady. They needed volatility to generate their huge profits. And there hadn’t been much of that lately. Andrew puffed on the cigar. Perhaps he should not expect so much from this dinner.

Falcon glanced toward the head of the table. Granville was smiling in his restrained, guarded way at something one of the other senior partners was saying. It was the same way Granville smiled at any piece of information, be it good, bad, or indifferent. Andrew scrutinized Winthrop’s face, but there was no way to determine anything about the bonuses from that visage. Granville was the consummate “I” banker, as investment bankers were called in Street parlance. His face never revealed his feelings. Because you could lose a deal that way.

Andrew relaxed into the comfortable chair, grinning. Granville acted differently away from Wall Street. As a rule, he didn’t become overly friendly with others at the firm, but he had made an exception in Falcon’s case. In the past four years, Andrew had become an increasingly frequent weekend guest at Winthrop’s sprawling, oceanfront East Hampton estate—weekends Falcon wasn’t putting together another multimillion-dollar deal. There Andrew had learned of Granville’s personal side. He had learned of Granville’s love of Thoroughbred racehorses—of which he kept four at the grounds’ stables; of his prized antique gun collection; and of his huge yacht. They would sail all day with a crew of ten, then return at sunset to a delicious dinner prepared and served by the estate’s staff. After dinner Andrew and Granville would retire to the mansion’s venerable study to break open a bottle of hundred-year-old Scotch and discuss business and politics. They would talk for hours, and Falcon would commit to memory any shred of advice Granville imparted.

Falcon turned. The speaker was Jim Kunkowski, the partner who headed Winthrop, Hawkins’ interest-rate swaps desk. The smile faded from Falcon’s face. “Nothing.” It was the first word Falcon had said to Kunkowski despite sitting next to him for the past two hours. But that was investment banking. There were stories of men sharing offices for years and saying nothing to each other. They were there to make money. That was all.

Kunkowski was not a pleasant man. His temper was legendary, and it was no secret that people in his group despised him. But until this past year he had earned a great deal of money for the firm, so no one could complain about him openly. Making money was the bottom line at Winthrop, Hawkins, and he had been producing. But this year Kunkowski had lost a great deal of money, and the sharks were circling. “Nothing.” Andrew said the word again quietly and turned away.

Falcon relaxed into the chair and closed his eyes. The Mergers & Acquisitions Group, the most profitable area of Winthrop, Hawkins, and the one in which he labored fourteen hours a day, was also seeing a decline in income. But Falcon was not worried about his position, even though other investment-banking firms were laying off M&A specialists in droves. The senior people at Winthrop, Hawkins loved him.

Granville Winthrop had made that clear just yesterday when they met in the senior partner’s ornate office on the tenth floor of the firm’s headquarters at 72 Wall Street. The two had laughed about the fact that Granville’s office was on the tenth floor and not higher in the skyscraper, because the tenth floor was as high as New York City’s fire-engine ladders could reach. And in the next breath Granville had showered Falcon with compliments. “Despite the difficult times,” Granville had said, “you doubled your fee generation this year. You originated several important and visible transactions and brought a number of new, high-profile clients into the firm. We are all proud of you. Keep up the good work.” Andrew could still hear the words.

There should be no need for Falcon to worry about his bonus. It ought to be at least fifty thousand dollars more than the two-hundred-and-fifty-thousand-dollar bonus he had earned last year as a vice president. But with the firm potentially performing poorly, Falcon realized that the compliments in Granville’s office might have been intended to take the place of a good deal of this year’s bonus. And he needed the money terribly. Somehow last year’s two hundred and fifty thousand dollars was gone, despite being supplemented by his hundred-thousand-dollar annual salary.

Falcon opened his eyes and took another sip of the cognac. Did he have the fortitude to pull off what he was planning? Would he follow through on his convictions? Perhaps, even if the bonus was not what he hoped, he should remain conservative.

As the last glass of champagne was poured, Granville Winthrop rose slowly from his chair. Andrew watched the senior partner through the rivulets of cognac streaming down the sides of the snifter. Perhaps it was the distortion of the glass, but Granville seemed much older than the man with whom he had visited yesterday.

He moved stiffly toward a slightly raised podium in one corner of the room, pausing several times to bend down and whisper to some of the older partners seated near him. They treated him like royalty, several of them standing as he approached, nodding nervously at everything he said.

Falcon glanced about the room. The all-male partnership—there had never been a female partner at Winthrop, Hawkins—continued to speak to one another, but the noise level of the room subsided significantly as the men pretended not to notice Granville approach the podium.

The partnership was about to learn just how poorly the firm had performed this year, and they were nervous. A tremendous tension pervaded the large room, a tension Falcon could not sense, this being his first partners’ dinner. Normally the men would be in a raucous mood by now, intoxicated not only by the liquor but also by the prospect of the money they knew they were about to receive. But this was the first time in many years that profits were rumored to be down. 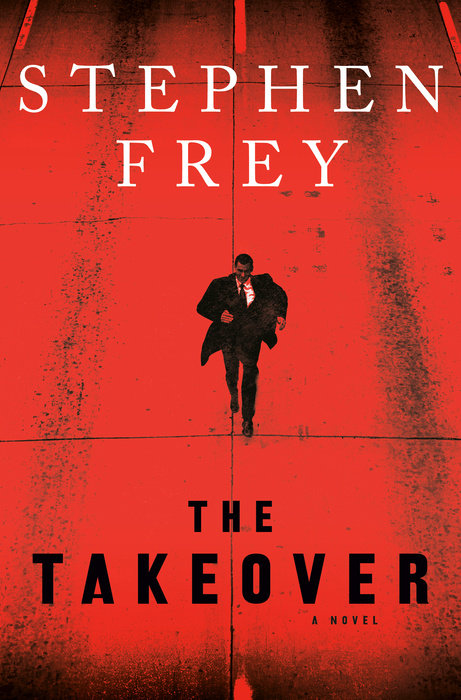