How far would you go to be free? Three generations of women forge a new path through an America torn by a mysterious wave of violence in this “chilling [and] dizzyingly effective” (The New York Times Book Review) novel of revenge, liberation, and triumph.

“A compulsively readable fusion of domestic thriller and modern horror.”—Kameron Hurley, author of The Light Brigade

“A novel that defines this era.”—Stephen Graham Jones, New York Times bestselling author of The Only Good Indians

ONE OF THE BEST BOOKS OF THE YEAR: The New York Times

They call it The Violence: a strange epidemic that causes the infected to experience sudden bursts of animalistic rage, with no provocation and no memory of their crimes. While it tears the nation apart, one woman sees something unlikely in the chaos—an opportunity.

Chelsea Martin has been a prisoner in her own home for too long. Her controlling husband has manipulated her for years, cutting her off from all support. Her narcissistic mother is no help, and her teen daughter is realizing she might be falling into the same trap when her once adoring boyfriend shows a dark side.

But when the Violence erupts, Chelsea creates a plan to liberate herself and her daughters once and for all.

What follows is a shocking and thrilling journey as three generations of women navigate a world in which they are finally empowered to fight back. Somewhere along the journey from her magazine-ready Tampa home to the professional wrestling ring, Chelsea becomes her own liberator, an avatar of revenge and hope, and a new heroine for a new world.

An excerpt from The Violence

Chelsea Martin sits in a perfect sunbeam at her perfect kitchen table, staring at the piece of paper that’s going to destroy her life.

Her husband, David, manages their bank accounts, and he’s in finance, so this must be a mistake. She’s read the aggressively detached, computer-printed words a hundred times, and an unwelcome sensation roils, deep in her stomach, her coffee threatening to come back up. It’s not panic, not yet, but it’s not good.

Would David tell her if they were in trouble? She glances at her phone and considers the best way to ask without insulting him. A text would be safest; he hates it when her voice wobbles. He says she cries too easily, that it’s impossible to have a conversation with her when she’s so emotional.

No, not worth it. He’ll come home and see the paper, and he’ll handle it. Let him be angry at the bank, not the messenger, and let him be angry later rather than both now and later. She unconsciously puts a hand to her throat and swallows hard, dreading what will happen when he gets home from work.

Definitely not worth bothering him now.

She tries to focus on what she was doing before the mail arrived, but she knows logging onto the online portal and watching the mandatory weekly “Let’s Sell Dreams!” video will only make her feel worse. When she signed her contract to sell Dream Vitality essential oils, she’d hoped it would give her some small amount of independence, something to do, something to be proud of. Now, staring into the depths of a wooden case filled with tiny purple bottles, all full and unopened and gathering dust, she never wants to smell bergamot again.

A brand-new cardboard box waits in the foyer, her monthly required shipment optimistically labeled dream delivery! But after a year of trying to sell a product that’s supposed to sell itself, she’s ready to admit defeat. She had a dream: to start her own business, build savings, and tap into a network of smart, motivated women. Instead, she’s alienated friends through the required social media posts, embarrassed her daughters, and outlived her welcome at every party and playgroup, and all she has to show for it is boxes and boxes of product that she can’t even sell at cost. Even before the—surely incorrect?—overdraft notice arrived today, she worried that this month’s withdrawal would take her over her strict budget, and that when David found it during his account check, things would get . . . bad.

The hardest thing is that her attempt at entrepreneurship has shown her that most of her friends online aren’t really friends. There’s no support, no sharing, no purchases, no reviews. Everyone just ignores it. The only encouragement she gets comes from a back-rubbing circle of other plucky moms trying to support one another in an online group with good vibes only, and she wonders if everyone else also secretly feels this constant exhaustion, this disconnection, this profound loneliness.

It was supposed to save her, but it just got her in more trouble.

Buck up, bitch, she tells herself. It’s just oil.

Not that it makes her feel any better.

She runs her hands through what’s slowly becoming her mother’s hair as her stylist increasingly covers the gray with bleach in a process with a French name that doubles the cost. The perfect pool sparkles outside the picture window, but she can’t jump in because it would make her hair as crisp as uncooked spaghetti with a bonus mossy tinge. She looks around at the shiplap, the granite, the Edison bulbs, the seasonal throw pillows. Everything is perfect, but nothing is right.

Even the snowy-white dog snoring on a matching dog bed is boutique—a shedless bichon named Olaf that cost more than Chelsea’s first car, because David couldn’t stand the thought of dog hair rolling along the marble floors like tumbleweeds. Poor, sweet Olaf is terrified of him and spends most of his time hiding in a closet. But then again, Olaf is deeply inbred, a yipping bag of neuroses and surprise puddles of pee.

The big and airy house is the complete opposite of the shitbox apartments Chelsea grew up in. It should be beautiful and relaxing, but it’s closing in on her, an avalanche of stuff and the never-ending work it takes to keep that stuff either proudly displayed at perfect angles or hidden from view, to keep everything running. She never imagined that life would be like this, that she would feel so constantly trapped.

Chelsea is pouring another cup of coffee that will barely touch her bone-deep disquiet when the doorbell rings, sending her entire body rigid. She scans the wall calendar, the dates empty of commitments and the top crammed with posed pictures of her family in matching crisp white shirts, but no one is due to work on the house or make a delivery. Between Dream Vitality and David, most of her old friends keep their distance these days, which means only one thing. Her feet already know it and are propelling her backward, away from the soaring foyer and toward the laundry room, where the windows are too high up to tattle on her as she hides. The garage door is closed, after all; there’s no way to tell she’s home.

And then her phone buzzes in her hand, and the text pops up on the screen.

I know you’re in there.

Even the laundry room can’t save her. Back in the kitchen, she gulps her coffee and slams the gray ceramic mug down almost too hard, the blond liquid splashing onto the black granite. She hurries to the huge master bathroom, brushing her hair and touching up her lipstick. Her mascara is running, just a little, making her blue eyes pop, and she dabs a tissue under each eye. There’s a tiny coffee stain on her shirt, so she throws on a new one and jabs midsized diamond studs into her ears—not so small that they look like all she can afford but not so big that it seems like she’s trying too hard.

When the knock comes, it’s light and jovial.

If malignant narcissism could knock, it would sound like that.

Knowing that if she doesn’t hurry, she’ll hear the scrape of the mat being moved aside and the emergency key turning in the lock, Chelsea scurries across the tile, checks the peephole to confirm, and opens the door with the sort of smile that chimps use when they’re about to get torn limb from limb by bigger chimps.

“Well, that took you long enough,” says Patricia Lane, her own answering smile proper and polite and yet the sort that reflects the stronger ape promising a primordial beat-down with a femur bone. “Eighty-six degrees today. In April! I’m lucky I didn’t melt out here.”

Witches melt in rain, not sun, Chelsea wants to say but doesn’t. And you’ve lived in Central Florida your whole life, so move away if you hate it so much. But, just like with David, talking back only makes it worse.

There is no hug, no posh and affected air kisses, definitely no real kisses.

There never have been.

Patricia straightens the cardigan knotted over her silk shell and looks down her nose at her only daughter before sweeping into the foyer. “I’m not a vampire, darling. I’m family. I’m always welcome.”

If she’s being honest, Chelsea knows her mother looks more like she’s actually Chelsea’s older sister. Patricia’s hair is blonder, her face is tanner and still smooth, her clothes are neater, and her figure is still so trim that they could trade clothes if they had anything close to the same taste. The diamonds in her ears and on her fingers and wrist don’t say, I’m just the right size; they suggest that, given the slightest provocation, they would delicately shred you to ribbons while explaining the Mohs scale in the most patronizing manner possible. Chelsea’s mother, as David says, puts in the work.

As Chelsea locks the door behind her, Patricia turns a slow circle, raising one perfect eyebrow at the chandelier.

“You have to remind them to dust, dear,” she says, almost sad. “Let these once-a-week cleaning services get away with one thing, and soon they’ll stop dusting the baseboards and you’ll find cash missing. Give them an inch, they’ll take a mile.”

Chelsea looks up at the chandelier but can’t see any dust.

“So what did you need?” she asks, hoping to end the visit as soon as possible while still appearing polite so she won’t get another lecture.

Patricia’s gaze stops checking the glass over the family portraits for water spots and lands on Chelsea, the older woman’s frown going deeper without making any creases in the smoothly filled putty of her face.

“Does a mother need a reason to visit her daughter?” she asks, sounding wounded. “Can I not simply take a loving interest in your life?”

Chelsea smiles as her teeth grind together. 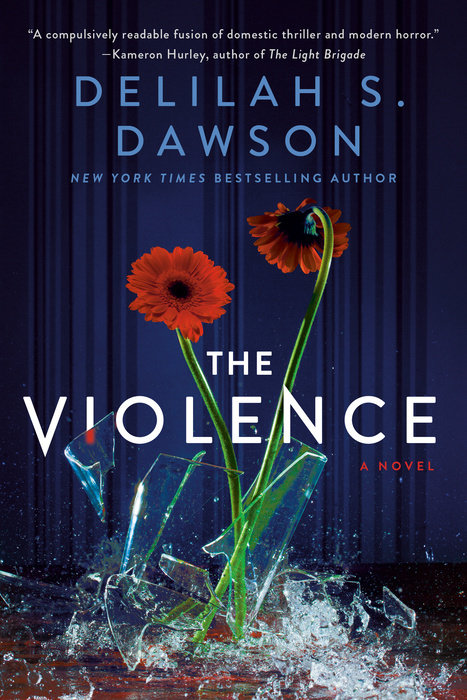