A personal trip turns perilous for Elena Standish after the murder of a British spy forces her to face dark family secrets in this exciting 1930s mystery by bestselling author Anne Perry.

“An absorbing and calculating thriller/mystery that grabs the reader from the first page.”—Great Mysteries and Thrillers

On her first trip to Washington, D.C., Elena Standish finally gets to visit her American mother’s wealthy parents and their magnificent home. Elena’s grandparents are marking a milestone anniversary by throwing an elaborate party with the influential friends of her grandfather, a prominent political industrialist. Even President and First Lady Franklin and Eleanor Roosevelt are there, and Elena takes pride in capturing the illustrious guests on camera. But the festivities come to a sudden and tragic end when one of the guests, Lila Worth, is run over by a car in the driveway outside. Elena believes Lila was trying to tell her something before her death, and when a call from her employer back home, MI6, confirms that Lila was a British spy, Elena pairs with a fellow agent to find out what vital information the young woman had in her possession.

Soon an arrest is made in Lila’s murder, and to Elena’s horror, the accused is none other than her own grandfather, who claims his political enemies are trying to frame him. But who are these enemies, and how can Elena defend this man she barely knows? Nevertheless, determined to clear his name and save her family from disgrace, she delves into the details of her grandfather’s investments and discovers that his business secrets run deep. As Elena begins to question his loyalties, she wonders if she can trust anyone in this threatening new world order.

An excerpt from A Darker Reality

The car came round the curve in the gravel drive and in front of them stood the house, magnificent in the sunlight. Katherine drew in her breath with a gasp of pleasure. This was the house in which she had been born and had grown up, long before she had fallen in love with and married Charles Standish and moved to England, and then to various capitals of Europe. Now, in the late spring of 1934, after so many years away, Katherine was coming home. And she was bringing with her Charles and their younger daughter, Elena.

Charles sat in the front seat of the limousine that had collected them at the Washington, DC, train station. He looked back at Katherine, who was next to Elena in the rear seat, and smiled at her obvious pleasure. She had not seen her parents for many years, and now, on the occasion of their sixtieth wedding anniversary, she was bringing her family here to celebrate with them. They knew Charles, of course; Margot, the elder daughter, they had met years ago, but Elena they had seen only as a small child, and she herself had no memory of it.

“It’s beautiful, Mother, really gorgeous.” Elena did not have to pretend anything. The house was huge but so graceful in its lines, pale against the dark trees towering around it, including slender, exquisite dogwoods in bloom. She had not seen them before, and all along the drive from the station to this outer suburb, she was bewitched by their exotic, pale grace.

The car reached the front portico. The house looked full of space and sunlight, with a sense of timelessness, as if the troubles of the world beyond could not touch this place.

Elena felt a great sense of peace as she opened the car door and stepped out. It had been a long journey by train from London to Southampton, then the trip across the ocean, the excitement of New York, a little shopping, a little sightseeing, and finally the train to Washington, the nation’s capital. Now, at last, they were here.

The massive oak door opened. It was not a butler or a maid, but an elderly woman elegantly dressed in the palest green, with a cream-­colored lace collar. Her silver hair looked casually pinned up, but Elena knew how difficult that was to do gracefully. She herself had given up attempting the look that bespoke a very skilled lady’s maid.

Elena drew in breath to speak, but her grandmother, Dorothy Baylor, spoke first. “You must be Elena. Welcome to Washington.” Dorothy smiled, but her eyes went to Katherine, now stepping out of the car on the other side, assisted by Charles. The women moved toward each other and reached for a hug. They were the same height, with the same lean effortless grace, even the same high cheekbones. Katherine’s hair, however, was brown with soft auburn lights in it.

Charles approached them, smiling. “Hello, Mother-­in-­law.” He stood back a little. It was a long time since they had seen each other, and theirs had been an uncertain relationship at best. He was En­glish and had taken their only daughter to live in Europe, as he rose in his career until he was a full ambassador.

Katherine turned in a single, graceful movement to include him.

Elena saw the light in his face, and the tiny knot inside her eased.

A moment later, Wyatt Baylor was there, behind his wife. He was tall, imposing, his hair thick and iron gray in color. His face was hawkish, redeemed of harshness only by the charm of his smile. Now he strode forward and hugged Katherine, quickly and hard, then turned to Charles, grasping his hand with both of his own. “Welcome! Welcome to Washington.” He turned to Elena and, quite frankly, looked her up and down, his smile growing wider. “I’m delighted to see you, my dear.”

Elena was aware of the power of his personality, almost as if she had touched a live electric wire. It was exciting, invigorating, demanding her attention. Utterly different from her other grandfather, who was probably the person with whom she felt most at ease.

“How do you do, Grandfather?” she answered. She smiled back tentatively. “Thank you for inviting us to your sixtieth anniversary. We’re delighted to be here.”

“Then come in!” He stood back and waved his arm in invitation. “Leave your cases there. They’ll be taken to your rooms for you. Come in, come in.”

Katherine was the first to follow her mother, and then Charles, and Elena behind him.

Elena could not help gazing around at the magnificence of the hall, with its glittering chandeliers and arched ceiling, and the staircases, which went in twin curves up to the balcony of the first floor, a sort of musicians’ gallery, with delicately carved banisters and railings. Of course, she had seen marvelous houses before, but not as a family home. Not her family anyway. It was not the wealth of it that held her; it was the beauty: the soft, pale colors that complemented each other, the cream of the walls and the pale gold of natural wood. She saw it in upholstered chairs, and in the curtains of soft greens, and the occasional flash of coral in a cushion, rich and bright. All the photographs she would be taking would be black and white, but even then, the intensity of these colors would be evident.

She followed the others across the hall and up the staircase, then along a passage to the bedroom that her parents were to share. The open door showed cream again, but this time with a soft coffee color and blues. Then on to the one for her, with twin beds. One of them would have been for Margot, had she been able to come. She had wanted very much to join them, but she had sprained her ankle quite badly, and the long sea journey from London, on crutches, would have been no pleasure for her. Elena was missing her sister and sharing all of this with her. Left alone in her room, she admired the bedcovers of blue, aquamarine, and white, piled with pillows, many of them satin. Yet what seemed strange to her was home to her mother, as familiar to Katherine as Grandfather Lucas and Grandmother Josephine’s house was to Elena. In truth, theirs was more home to her than the different embassies across Europe her family had lived in, culminating in Paris, Berlin, and Madrid.

There was a knock on the door, and she answered it to find a manservant holding her suitcases. She stood aside as he carried them in and put them on the luggage stand nearest to the wall. “Thank you,” she said. “Thank you very much.” She smiled at him with sudden intensity. “I appreciate it.”

He smiled back. “You’re welcome, miss.”

Elena and her father spent the first few hours following Katherine as she showed them through the house, pointing out the places she particularly remembered, where special events in her life had taken place. It was all graceful, pleasing; nothing looked scuffed or mended. The furniture was antique, yet none of it appeared well used. Perhaps there was a room like that somewhere else?

Elena watched with changing emotions. She was twenty-­nine now, and by that time in her mother’s life, Katherine was married and had three children: Mike, who had been killed in the last week of the war and was buried somewhere in France; Margot, only a year younger than Mike; and Elena. But the war had changed everything for Elena’s generation of women: a generation of young men had been lost.

For Elena—­having been joined by her American grandmother, a woman who was in ways so like Elena’s mother, and yet also different—­the house tour was exciting, a sweet experience. She saw her mother in a new way, belonging here. She watched the light and shadow in her mother’s face as memories came to her. A view of the lounge, across the way from the stairs, the angle of the picture above the mantelpiece, sunlight on the curtains—­all would bring back memories. They were good memories; Elena could see that. Katherine glanced at her father and caught his eye as he was watching her. He smiled, sharing her pleasure.

Elena was filled with happiness that she had come, that she had been given this opportunity. She had taken her mother’s quiet courage for granted. Margot knew her better than Elena did. Elena had always been closer to her English grandmother, Josephine. And, of course, Lucas. Was it usual for your grandfather to be your best friend? The person who always had time for you? Who treated you like an adult, who told you wonderful stories about history, and the nature of the stars, and really funny jokes? The one who could recite absurd rhymes that made you laugh?

She smiled as she thought of her grandfather, and it was the same smile that touched her mother’s face as she looked through the arch at the sitting room, where so many of her early memories lay.

Dinner was delicious. They ate slowly, seated in the dining room, which looked out through trees and onto the lawn, talking all the time about many things, moving from one subject to another in excited sentences: “Do you remember . . . ?” followed by places, incidents, and people. Elena was happy to listen. 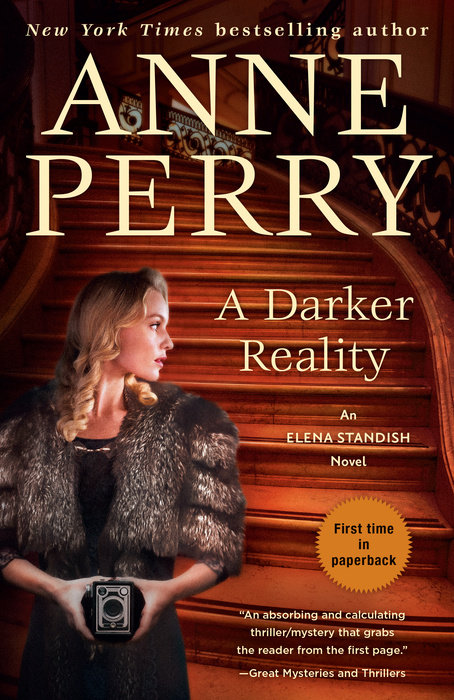