Thomas and Charlotte Pitt’s former maid takes a new job as Christmas approaches—but not everyone in the household may survive the holidays in this tension-filled novel from bestselling author Anne Perry.

After leaving her position with Charlotte and Thomas Pitt to get married, Gracie thought her days as a maid were behind her. But when her good friend’s daughter, Millie, turns up on her doorstep just before the holidays, frantic because things are going missing from the kitchen in the household she serves, Gracie knows she has to find out what is happening. Millie, whose mother died years before, can’t risk being accused of theft and getting thrown out on the street, with no character references for a new position.

So Gracie takes on Millie’s job herself, claiming Millie is sick and needs a few days to recuperate. At first, it seems that all is normal in the household, even if the couple’s elderly granny keeps entirely to her bedroom upstairs. But Gracie begins to realize that Granny is suffering from neglect—and rather than helping her, the husband and wife have decided she isn’t dying fast enough.

An excerpt from A Christmas Legacy

“How old are you?” Gracie asked sternly.

“I’m very almost six,” Charlie replied, taking her finger away from the mixing bowl in which Gracie was stirring the Christmas cake for the final time, and looking at her mother with a combination of awe and pleading.

Gracie regarded her daughter with as much severity as she could manage, which was not a lot. “So you know to wait until I’m finished and have put this batter into the cake tin. Then you can have the rest.”

“But you don’t leave anything,” Charlie said reasonably.

“I leave enough,” her mother replied, and started to spoon the mixture into the baking tin. It was rich with raisins, sultanas, candied orange peel, and everything else delicious, even tiny threepenny bits, wrapped in pieces of cloth, so nobody would accidentally swallow them.

“How long is it till Christmas?” Charlie asked again.

“Why does everybody have a party for some little boy?” Charlie asked. “We aren’t going to have another little boy, are we? We’ve got enough.” She had two younger brothers, aged four and three. She was quite sure they did not need any more.

“This one was special,” Gracie explained.

“You said ours were special, too,” Charlie reminded her.

“Special to us. The one at Christmas is special to everybody.” Gracie moved the spoon round the bowl for a last time and regarded it carefully.

“That’s enough!” Charlie said quickly. “You can’t take it all!”

Gracie handed her the bowl and the spoon. “Can you manage that?”

“ ’Course I can!” Charlie answered without hesitation. She took the spoon and began licking off the very last scraps of cake mixture.

Before she had finished, there was a knock on the kitchen door at the back of the house. The door opened to the scullery and outside to the yard where the rubbish bins and the coal scuttles were, and where deliveries were made.

Gracie went to answer it. Her daughter followed close behind.

On the step was a girl of perhaps fourteen. She was dressed in a warm coat and wearing a hat, but she looked miserable, even frightened.

“Mrs. Tellman?” she asked. “Gracie Tellman?” She was ready to run away, if Gracie denied it.

“Yes, that’s me,” Gracie answered. “Come in. You look half-perished with cold.”

She stepped back and opened the door wider so the girl could come inside. Gracie could see that she worked in service. Before she was married, Gracie had been in service herself. But unlike so many girls, she had the good fortune to be in service to only one family, the Pitts. She had been thirteen when she started, and well over twenty when she left to marry Samuel Tellman. He had been a junior policeman then. Now he was an inspector at the Bow Street station, one of the most famous in London.

The girl came in and stood shivering in the kitchen. She was not much more than five feet tall, standing eye to eye with Gracie.

Gracie pointed to the kitchen chair nearest the stove, and the girl sat down. Without asking, Gracie filled the kettle and put it on the hob.

“I don’t know if you remember me,” the girl began tentatively. “My name is Millie Foster.”

Memory flooded Gracie’s mind. A case Samuel had first told her about late one evening, sharing his day with her when the children had gone to bed. That was her favorite time, when all the work was done, the doors closed. Samuel would tell her about not just the job, but also the things that had moved him, funny or sad or difficult. At the mention of Millie’s name, Gracie remembered Jenny Foster and her daughter, Millie, who had been about Charlie’s age then, and wrongly accused of household theft. Jenny had been charged with being unfit to look after her only child. It was Tellman, with a lot of help from Gracie, who had proved her innocence and reunited them. They had remained friends until Jenny’s early death, five or six years after that.

“Yes, of course,” Gracie said warmly, and then without any warning her eyes filled with tears, the memory sharp and touched with guilt. There was nothing she could have done to save Jenny, who’d had a sudden and devastating illness. But Millie had been taken in by an aunt, and Gracie had lost touch with her.

Now she looked at the distress in the girl’s face and did not waste time in regretting the past. “What’s wrong?” she asked.

Millie shook her head. “It’s not theft like before. We don’t know what it is. Leastways, I don’t. And I don’t think anybody else at the house does.” She paused for a moment, as if not certain how to explain. “A lot of food goes missing, the nicest things, like cakes and pudding and cream. And pieces of chicken, stuff like that . . . but no one says anything about it.”

Gracie’s mind raced. If the missing food was enough that a housemaid knew about it, then it was surely only a matter of time before the mistress of the house knew as well. Then somebody would be thrown out, without a reference, at best. At worst, they might even be charged with stealing. “You really have no clue who’s taking it?” she asked.

“No. And it doesn’t go at night. It goes at all times. Sometimes I think it’s one person, but then it looks like it can’t be.”

“Have you got mice? Or worse?”

“No, we ain’t!” Millie said vehemently. “If you’ve got mice you can see where they’ve been. They leave droppings and such. Besides, we got a cat, and she’s a good mouser. One smell of a cat, and mice goes elsewhere. We covered it up, the missing stuff, much as we can, but everybody’s scared.”

“Everybody?” Gracie asked with some doubt.

“The butler. And he don’t scare easy. Something real bad is happening. Somebody’s got to know. But nobody’s telling.” She put her arms across each other and hugged herself protectively.

“We’ll find out,” Charlie offered. “My mam’s the best ’tective anywhere. She’ll find out for you.”

Gracie interrupted quickly. “No, I’m not! You mustn’t say that.”

“Daddy says it,” Charlie defended herself instantly. And she wasn’t making it up. She got into trouble if she said things that were not true.

Gracie did not know how to answer without implying that her husband had said something that was not true. She abandoned the argument to make tea and fetch a wedge of cake out of the pantry. She cut it into two large pieces and a small one for herself, put them on plates, and passed one to Charlie and the other to Millie, who appeared to have relaxed a little as she was beginning to warm up.

Charlie thanked her mother with a big smile. “I like this,” she said to Millie. “You’ll like it, too.”

“You like everything,” Gracie said, then smiled apologetically at Millie.

“You know,” Charlie explained. “Potatoes and pa-turnips. Only potatoes are nice.”

“Oh, yes.” Millie understood now. “I agree.” She smiled, but there were tears in her eyes.

“Don’t worry,” Charlie assured her. “Mam will fix it.”

Gracie looked at her daughter’s smooth, innocent little face, and the certainty in it. She wasn’t speaking for herself, but for the frightened girl who sat next to her, still wrapping her coat tightly around her as if it were some kind of armor. Against what? Fear? Rejection? Blame for the disappearing food?

“Mam?” Charlie prompted her. “Daddy and I will look after everybody here . . . and I’ll help, I promise.”

Gracie took a deep breath. “If I go to your house for a few days, will you stay here and look after mine? Can you do the laundry? Even sheets? Anyone can sweep, but can you cook? And look after my little boys as well?”

Millie’s face filled with light. “I got five cousins I looked after, when me mam died and me aunt took me in. And Charlie here will show me where everything is . . .” She stopped just short of adding please, but it was in her face.

“I’ll be good,” Charlie promised. “All the time,” she added.

“You are good,” Gracie said honestly. “Nearly all the time.”

Charlie turned to Millie. “See? Mam will make it all right.”

Millie shut her eyes and let out her breath, as if a great weight had been lifted from her shoulders. 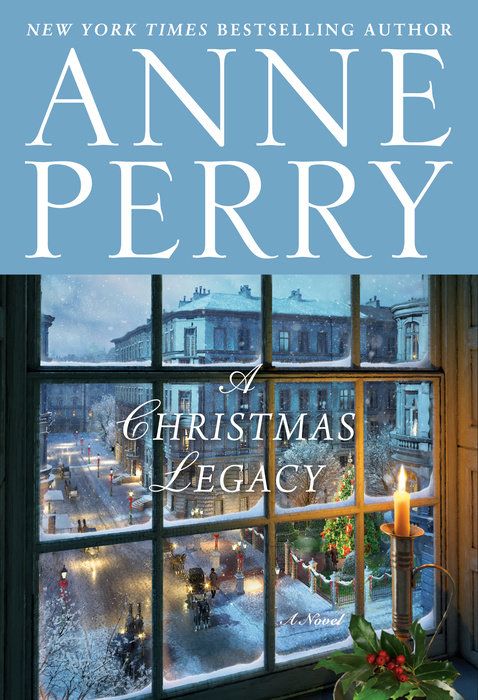