The moving story of what one woman learned from fostering a newborn—about injustice, about making mistakes, about how to better love and protect people beyond our immediate kin

May you always feel at home.

After their decision not to have a biological child, Sarah Sentilles and her husband, Eric, decide to adopt via the foster care system. Despite knowing that the system’s goal is the child’s reunification with the birth family, Sarah opens their home to a flurry of social workers who question them, evaluate them, and ultimately prepare them to welcome a child into their lives—even if it means most likely having to give the child back. After years of starts and stops, and endless navigation of the complexities and injustices of the foster care system, a phone call finally comes: a three-day-old baby girl named Coco, in immediate need of a foster family. Sarah and Eric bring this newborn stranger home.

“You were never ours,” Sarah tells Coco, “yet we belong to each other.”

A love letter to Coco and to the countless children like her, Stranger Care chronicles Sarah’s discovery of what it means to mother—in this case, not just a vulnerable infant but the birth mother who loves her, too. Ultimately, Coco’s story reminds us that we depend on family, and that family can take different forms. With prose that Nick Flynn has called “fearless, stirring, rhythmic,” Sentilles lays bare an intimate, powerful story with universal concerns: How can we care for and protect one another? How do we ensure a more hopeful future for life on this planet? And if we’re all related—tree, bird, star, person—how might we better live?

An excerpt from Stranger Care

I always imagined myself a mother. I kept a list of possible names for my future children, pictured myself pregnant and listening to fast fetal heartbeats, looking in wonder at the image on the screen. But I had reservations. I’d absorbed the messages in the cultural ether that framed motherhood as both holy work and trap. My ambivalence grew.

When Eric and I married in 2004 we agreed we’d eventually have a child, but we were busy doing other things—­writing dissertations, writing books, chasing academic jobs around the country—­and by the time we started talking in earnest about becoming parents, I was in my midthirties, and Eric was close to forty.

We moved to Southern California in 2007 and lived in a townhouse subsidized by the university where we both taught. Eric had been hired for his first tenure-­track faculty position in a graduate school of education, preparing teachers for public school classrooms. I was the “trailing spouse,” language that reminded me of the signs along some California highways that show an adult holding the hand of a small child who appears to float in the wind, feet not touching the ground.

Eric liked our life as it was. He liked our freedom, the ease of escaping to the Sierras to backpack and to the Alabama Hills to climb, the unfettered time for activism, for work that might make a difference. We could turn our attention and our resources toward all children, he reasoned, not just our own.

My friends had desperately wanted to be pregnant, and many had been willing to do anything to make pregnancy possible—­take hormones, give themselves shots, find egg donors, buy sperm, endure IVF procedure after IVF procedure, go into debt, hire surrogates. Their certainty threw my uncertainty into relief.

“Figure out what you want,” he said, “and we’ll do whatever you decide.”

I’d struggled for most of my life to name my desire, separate it from other people’s expectations. To know my answers to even the smallest questions—­pizza or burrito, hike or bike ride, comedy or documentary—­I had to meditate, write in my journal. And when I did manage to figure out what I wanted, it was hard for me to say it. I didn’t trust my knowing. Especially when someone else wanted something different.

Eric does not suffer from indecision. He knows what he wants, and he isn’t afraid to say it. For him, this isn’t about control. It’s about integrity and honesty. It’s about not making other people read your mind. He says what he needs, and he trusts I will do the same.

I imagine it feels good to be married to someone who accommodates, especially if you don’t know that’s what’s happening. It makes it easier to say “We’ll do whatever you decide” because past experience indicates we always agree.

Until I wanted a baby, and he did not.

“Work, kids, marriage, health,” Eric said on repeat after he read some article in some magazine about parenthood and its demands. “Choose three.”

I didn’t believe that scarcity narrative, but I couldn’t point to anyone’s life where it wasn’t true.

Sometimes when we shopped at Target, we’d see tired parents wheeling carts filled with plastic through the aisles, kids running behind them. “Why do you want to be a mother?” Eric would ask me while a toddler screamed and threw himself on the floor next to shelves and shelves of detergent.

“Because I want to” was all I could muster.

Eric didn’t want to have a baby because of the stress parenthood would bring, but there was a deeper resistance, too. Eric loves the earth and hates what people do to it. He follows me around the house turning down heat, turning off lights. “When did you two become vampires?” a friend asked when she came over for cocktails and walked into our dark kitchen. The environmental argument against making another human was a logical one for him to make, an ethical extension of his worldview. “We’re a cancer,” he said and emailed me article after article about overpopulation and melting ice and the great Pacific garbage patch and how much an American child consumes compared to a child born somewhere else. “The biggest gift I can give to a planet under stress is not creating another human,” he said.

Knowing that Eric thought having a baby would cause the earth harm made it harder for me to admit my longing for one. How do you pit personal desire against planetary destruction?

the wisdom of mother trees

In the forest, underground, there is another world. In a single footstep, hundreds of miles of fungal networks are buried in the soil. The ecologist Suzanne Simard studies how trees use those networks to talk to each other, to communicate their needs and help their neighbors. These pathways connect trees, allowing the forest to behave as if it were a single organism. Through the fungal threads, trees share carbon. They send warnings and distress signals to one another. And they look for kin.

Scientists have mapped those underground grids, which look like our brain’s neural networks. The trees are the nodes and the fungal highways are the links. The busiest nodes are called hub trees or mother trees. A mother tree might be connected to hundreds of other trees. She nurtures her young, the new growth of the understory.

Simard wanted to know if mother trees could tell the difference between their seedlings and seedlings from other trees. And if they could, did they favor their offspring? She did an experiment. She grew mother trees alongside both kin and stranger seedlings. And it turned out mother trees knew their offspring. They colonized their kin with bigger mycorrhizal networks than they did the stranger seedlings. They sent them more carbon. They even reduced their own root competition to make room for their young. And when the mother trees were injured or dying, they sent carbon and defense signals to their seedlings, messages of wisdom that increased the resistance of their young to future stresses.

But trees also help strangers. They cooperate and share. As the climate changes, as the earth heats up, ponderosa pine, a lower elevation species, will replace Douglas fir. In a greenhouse, Simard and her team grew Douglas fir and ponderosa pine seedlings. They then injured the Doug fir that was acting as the mother tree. When the mother fir was injured, she gifted her carbon to the ponderosas. She also sent them a warning, information that gave the ponderosas an advantage as they took on a more dominant role in the ecosystem. She shared what she knew about the warming world with the trees that would take her place.

brave enough to have your heart broken

Eric and I met in divinity school in 1999. I was studying to become an Episcopal priest; he was studying to confirm that if people think they know God it is not God they know. Radical agnostic read the bumper sticker on his car. I don’t know and you don’t either. In school, instead of Does God exist? we were taught to ask What do our ideas about God do? Whom do they harm? Whom do they help? We learned to engage not whether someone’s belief about God is true—­because how could you prove it?—­but rather the ways faith affects people’s lives. That can be measured, observed, evaluated, changed.

Humans play a crucial role in creating the world in which we find ourselves, its beauty and its terror—­about this, Eric and I agree. We understand that the world is made and believe it can be unmade and remade to be more just and life-­giving for the most vulnerable among us.

But Eric thinks humans, as a species, will never choose to do that.

Sarah Sentilles is the author of Breaking Up with God, A Church of Her Own, and Taught by America. A graduate of Yale University and Harvard Divinity School, she lives in Idaho’s Wood River Valley. 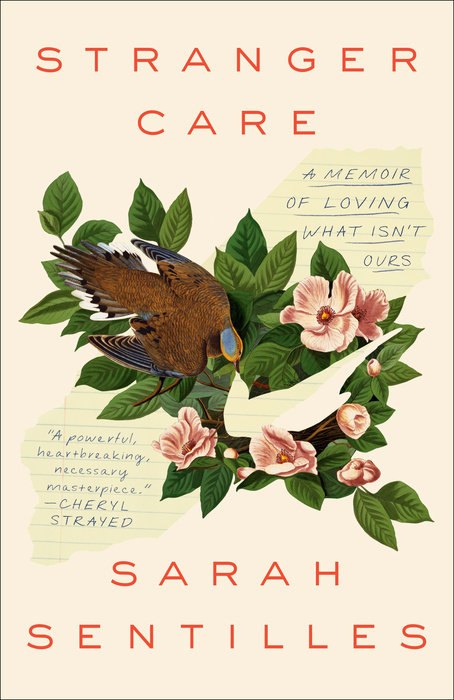