A woman desperate to turn a new page heads to the Scottish coast and finds herself locked in a battle of wills with an infuriatingly aloof bookseller in this utterly heartwarming debut, perfect for readers of Evvie Drake Starts Over.

Thea Mottram is having a bad month. She’s been let go from her office job with no notice—and to make matters even worse, her husband of nearly twenty years has decided to leave her for one of her friends. Bewildered and completely lost, Thea doesn’t know what to do. But when she learns that a distant great uncle in Scotland has passed away, leaving her his home and a hefty antique book collection, she decides to leave Sussex for a few weeks. Escaping to a small coastal town where no one knows her seems to be exactly what she needs.

Almost instantly, Thea becomes enamored with the quaint cottage, comforted by its cozy rooms and lovely but neglected garden. The locals in nearby Baldochrie are just as warm, quirky, and inviting. The only person she can’t seem to win over is bookshop owner Edward Maltravers, to whom she hopes to sell her uncle’s book collection. His gruff attitude—fueled by an infamous, long-standing feud with his brother, a local lord—tests Thea’s patience. But bickering with Edward proves oddly refreshing and exciting, leading Thea to develop feelings she hasn’t experienced in a long time. As she follows a thrilling yet terrifying impulse to stay in Scotland indefinitely, Thea realizes that her new life may quickly become just as complicated as the one she was running from.

An excerpt from The Bookshop of Second Chances

Yesterday was Valentine’s Day. Three weeks since I lost my job­—made redundant and turned out of my office with no notice­—and ten days since my husband, Chris, henceforth known as “that bastard,” left me. Or did I leave him? Maybe I did, since I’m the one who had to, you know, leave.

I spent the day lying on the ugly uncomfortable sofa bed in my horrible new flat and cried ugly uncomfortable tears. And I drank a lot of gin. I watched Black Narcissus and Mary Poppins, randomly, and wept throughout both. Today I have a headache and it’s hard to say if it’s a hangover or a surfeit of emotion. My eyelids are swollen. I’m only dressed because Xanthe­—best friend, confidante and primary support system­—shouted at me when she rang earlier. We’re now sitting at the tiny table in the kitchen half of the flat, writing lists. Soon, in half an hour or an hour, we’ll go to my old house and pack up my things and that will be the next step on this god-awful “journey.”

It’s odd to see her so serious. She usually laughs all the time, endlessly amused by everything. Hard to find anything funny about this.

“I’ll come with you, though.” She looks at me, clearly trying to judge whether I’m in any fit state to do this.

Crying all the time is so boring. It’s been a long time since I’ve had a broken heart and I’d forgotten how tediously dull it is. I blink at her and blow my nose for the billionth time. The original plan was to do this task yesterday, but I couldn’t see him on Valentine’s Day, could I?

This time last year we went away. We stayed in a tiny cottage near Rye. Our eighteenth Valentine’s. We drank champagne and sat in front of an open fire and said things like, “Still here, then!” and told each other we loved each other. I think one of us may have been lying.

Because people who love their wives don’t tend to sleep with their wives’ friends, do they? And that’s what my husband­—sorry, I mean “that bastard”­—has been doing, with my so-called friend, Susanna Howich-Price (also known as “that bastard”) for the last . . . Well, they wouldn’t tell me how long. But does it even matter? Not really. Five years or five months, the result’s the same.

I’ve hired a van. Chris and I have already had not an argument, but a debate, about some mid-century modern occasional tables we bought last year. I’m not sure how we’re going to deal with the things we both actually want.

“Put anything you can’t agree on in one room and then go through it at the end. You’ll just have to compromise,” says Xanthe, sensibly.

She’s right, but I feel sick with anxiety. I don’t want him to . . . win. But it’s not about that, is it? It’s not a battle, or a competition. And I don’t want to fight; I’m exhausted. Some of it I don’t care about, so he can keep the sofa, the sideboard, and the dining room table and chairs. I’ve never liked those chairs. So that’s something for the bright side, along with never having to listen to his dad and brother talk about Formula One ever again. I’m trying to be positive.

“Don’t tell him you don’t care, though. Go with the assumption you want everything. You’re already ahead with the compromise, aren’t you?” she says. And I am. Because he’s keeping the house. And Susanna’s already living there, some of the time at least, although she won’t be there when we go round. I made him promise. I don’t want to see her. The idea of her living in my house, using my plates, eating food I probably bought, sleeping with my husband . . . Ah. It’s not surprising, is it, that it makes me feel sick?

I don’t know what to say to him when he opens the door and steps back awkwardly to let me in. I had to knock, on my own front door. But it’s no good thinking things like that. As soon as I start thinking about the carpet in the hall, which is new, or the mirror in the dining room, which belonged to his grandmother, whom I loved, I’ll get upset. It’s just stuff. But all this stuff is shorthand for our relationship. Everything chosen or placed by both of us. A thousand decisions, the background to love. No. Think about something else; think about the practicalities.

The easy things first. Up into the attic for the box of schoolbooks and the other boxes I moved to this house from the last house, and to there from the flat and to the flat from my parents’. I’m a bit of a hoarder, so there are Sindy dolls and Lego pieces and all sorts of junk. I should probably get rid of some of it, but now is not the time. I bought boxes from the storage place and we work quickly. Who gets the Christmas decorations? We should split them, shouldn’t we? D’you know what? I don’t care.

“Okay,” says Xanthe. “I think you should leave yourself an open door, though. In case you change your mind.”

I shovel random things from the bathroom cabinet into a box. I’d already taken all the things I use regularly, but there’s Halloween makeup and occasional-use false eyelashes and­—will I ever need any of this?

“Just pack it,” Xanthe says patiently. “You can decide if you want it when you unpack in your new house.”

“Ha. Whenever that will be.”

I pack three winter coats I haven’t worn for ten years and my leather jacket. I fill a box with fabric. Chris and Susanna are sleeping in the spare room­—some kind of moral thing, I assume. It would be a bit much, wouldn’t it, for them to sleep in our bed? I don’t like to think about whether they’ve been doing that for all these weeks or months or years, anyway.

But I guess this means I can have the big bed. That’s mine­—or at least, I bought it, with the money from a bonus. The mattress cost nearly a grand. All the king-size sheets go in a box and we fold the duvet into one of those vacuum-pack bag things. Four pillows, half the pillowcases. Three tablecloths. The second best towels­—they can have the new ones, a gift last Christmas from Chris’s sister. How magnanimous of me. Xanthe empties my clothes from the wardrobe into a suitcase and tips the contents of drawers on top of the clothes. Stockings, socks, slips and nightdresses; my fancier underwear, none of which I’m likely to need ever again, let’s face it. Scarves and jewelry, hair slides and curling irons and T-shirts.

“So much stuff,” I moan weakly.

We take the bed apart, exposing acres of dusty carpet, an earring. Xanthe stoops quickly to pick something up, but not so quickly I don’t see it: the torn half of a condom packet. She pushes it casually into the pocket of her jeans and neither of us says anything.

We wrestle the mattress downstairs.

“I’m going to take the little bedside cabinet,” I tell Chris, who is sitting tensely in the dining room. He nods, silent.

That’s everything from upstairs except books. I’m exhausted. At least being busy stops me from crying.

He’s put all the photographs of us in a box.

“Don’t you want any of these, then?” I’m upset about that, to be honest. But he looks haunted, and says, “I just can’t­—I’m not in the right place to do photos, Thea, I’m sorry.”

“Okay. Shall I leave them? We could do them later. I mean, please don’t throw them away­—”

“I’ll put the box in the wardrobe,” he says. “Take what you want, though.”

“I’m not sure I can look at them either.” It’s easy to pack my photo albums from before I met him, but who gets the wedding album? This is awful. I’m almost inclined to say it’s the worst day of my life, but I think that happened already.

Jackie Fraser is a freelance editor and writer. She's worked for AA Publishing, Watkins, the Good Food Guide, and various self-published writers of fiction, travel and food guides, and self-help books. She reads a lot (no, really), in multiple genres, and is fascinated by the Bronze Age. She likes vintage clothes, antique fairs, and photography. She likes cats. 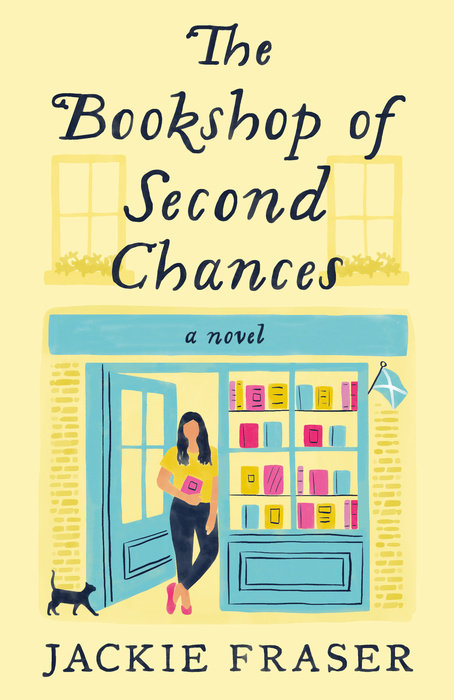