A boldly rendered—and deeply intimate—account of Hong Kong today, from a resilient young woman whose stories explore what it means to survive in a city teeming with broken promises.

“[A] pulsing debut . . . about what it means to find your place in a city as it vanishes before your eyes.”—The New York Times Book Review

ONE OF THE BEST BOOKS OF THE YEAR: The Washington Post

Hong Kong is known as a place of extremes: a former colony of the United Kingdom that now exists at the margins of an ascendant China; a city rocked by mass protests, where residents rally—often in vain—against threats to their fundamental freedoms. But it is also misunderstood, and often romanticized. Drawing from her own experience reporting on the politics and culture of her hometown, as well as interviews with musicians, protesters, and writers who have watched their home transform, Karen Cheung gives us a rare insider’s view of this remarkable city at a pivotal moment—for Hong Kong and, ultimately, for herself.

Born just before the handover to China in 1997, Cheung grew up questioning what version of Hong Kong she belonged to. Not quite at ease within the middle-class, cosmopolitan identity available to her at her English-speaking international school, she also resisted the conservative values of her deeply traditional, often dysfunctional family.

Through vivid and character-rich stories, Cheung braids a dual narrative of her own coming of age alongside that of her generation. With heartbreaking candor, she recounts her yearslong struggle to find reliable mental health care in a city reeling from the traumatic aftermath of recent protests. Cheung also captures moments of miraculous triumph, documenting Hong Kong’s vibrant counterculture and taking us deep into its indie music and creative scenes. Inevitably, she brings us to the protests, where her understanding of what it means to belong to Hong Kong finally crystallized.

An exhilarating blend of memoir and reportage, The Impossible City charts the parallel journeys of both a young woman and a city as they navigate the various, sometimes contradictory paths of coming into one’s own.

LONGLISTED FOR THE ANDREW CARNEGIE MEDAL

An excerpt from The Impossible City

Summers in Hong Kong always heave with rain, but on this first of July, the downpour feels deliberate, overdone. The water is charging down the steps, drenching our concrete pavements, dripping from the banyan trees. The observatory hoists the black rainstorm signal, to warn us of tumbling landslides. It is too neat a metaphor, but still we’re pointing to the sky, mumbling to ourselves: It’s crying.

I am four years old. After my parents’ separation, my mother and little brother move to Singapore. They live in a property overlooking the East Coast beach, where I would later spend my summers rollerblading and sitting on the back of my mother’s bike. They won’t return, and neither will my father and I move there as he had promised. I’d grow up as if I were a single child. But I don’t know that, not yet. My grandmother is seventy, and her post-­retirement project is me. When I’m running a fever late in the middle of the night, she places a damp cloth over my head, takes me to the doctor first thing in the morning, so you don’t get brain damage, she says. When I fall over, she buries a silver ring inside the yolk of a boiled egg, wraps a cloth around it, then rubs it over my bruises to help blood circulation.

Our days are quiet, uneventful. I attend a kindergarten near my family’s tong lau home in To Kwa Wan, humming along to “Descendants of the Dragon” with the rest of my class, its Chinese nationalist sentiments lost on me: In the Ancient East there is a dragon, / her name is China / In the Ancient East there is a people, / they are all the heirs of the dragon. While I’m at school, my grandmother goes to the wet market at a municipal building with a red apple painted on its façade. The market stinks of chicken feathers and animal carcasses. She puts on the Cantonese opera song《鳳閣恩仇未了情》 and makes soy sauce chicken wings, steamed pork cakes, clear broths that have been boiling away all day: dinner for me and her four aging children. Then we make the trip back to Villa Athena in Ma On Shan, a ten-­tower upscale housing estate on a road lined with trees and overlooking the Tolo Harbour, where we live with my father.

My father drives us home in his silver BMW, a new car that mirrors the swagger of the young businessman he is then, the child of Chinese immigrants who came to Hong Kong with nothing. Above us, a slice of moon is impaled upon the dark trees, away from the city lights and skyscrapers. I fall asleep on the leathery seats I would later associate with the scent of money, or I am singing along to the Teresa Teng songs my father plays on the stereo system. Teresa Teng is the Taiwanese goddess of song. “If I hadn’t met you, where would I be now?” she sings over the speakers in《我只在乎你》.

My father can’t speak Mandarin properly even after decades of working in China, even after marrying a Chinese woman, but he knows the words to all of Teresa’s songs. Her voice coos from our cassette players, on the radio in a cab, at the local grocer’s in Hong Kong. Beijing called her songs “spiritual pollution” and banned her music in the 1980s, but despite this, people throughout Hong Kong, China, and Taiwan are smitten by her, united not in politics but at least by a love for Teresa Teng.

We crawl through the Tate’s Cairn Tunnel’s beige interior as the line of lights above us makes ghostly imprints on the windshield. For the few minutes it takes to cross, my heart races. I’m always scared that we’ll be trapped there forever, that we won’t emerge, or that the world will look different when we’re finally at the other end.

Across Hong Kong, an anxious mood has punctured the smog. Near my grandmother’s flat is the old Kai Tak Airport, which would be decommissioned in a year’s time. We can see airplanes from my grandmother’s window, taking Hong Kongers far away from here, to Canada, to the United States, to Australia. Every takeoff sends tremors that make the windows shiver, long piercing whistles like a kettle going off. They’re leaving for a new life somewhere before the hand­over, before Communist China takes hold of the city. I’m oblivious to it all. My grandmother takes me to the waterfront park, where I play with grasshoppers and on slides. We have banana splits at the clubhouse at our apartment block, which is guarded by a statue of the goddess Athena herself. Gran buckles me onto the stallion on the merry-­go-­round inside the Ma On Shan mall, and her gaze follows me as I go up and down and around, become one with the constellation of bright lights.

It’s June 29, 1997. On TVB, the anchor Keith Yuen announces solemnly: Thirty more hours till Hong Kong is handed back to China. The handover ceremony is taking place at midnight on July 1; Prince Charles and Tony Blair would be in attendance, as would Jiang Zemin and Li Peng. At Tiananmen Square, where less than a decade ago students were killed asking for democracy, Beijingers are waving little handheld flags with the Hong Kong bauhinia flower stamped onto it, celebrating our return. It’s raining near the Hong Kong–China border in Sheung Shui, where my friend SP is holding a Chinese five-­star flag to welcome the motherland. When she tells me this two decades later, I’m astonished. How do you love a mother you have never known?

My family is watching the evening news broadcast over steamed fish. The Chinese army is getting ready to crawl into the city. A police spokesperson says they will try their best to accommodate peaceful protests, but that Hong Kong would not tolerate “illegal” ones. Chris Patten, the last governor of Hong Kong, is at an English Gothic cathedral in the affluent, Westernized area of Mid-­Levels for a final mass. Pro-­democracy protesters have pitched their tents near the Wan Chai Pier under the watchful gaze of the police. They camp out there until the handover ceremony at the convention center just a kilometer away. Journalists take their place, mounting their cameras, notebooks ready. Veteran reporter Yuen Chan is at the ceremony, reporting for ATV, a major television station in Hong Kong, and later she writes: “The whole thing seemed strangely devoid of passion. The players just went through the motions. Some soldiers marched, some bands played. . . . Everyone clapped. The territory of Hong Kong and 6.5 million people were handed over from one sovereign power to another. It left me cold.”

It is midnight, and the hostile sky is collapsing under the storm. The Chinese state media calls it the “washing away of the century-­long humiliation due to colonialism.” Prince Charles says, “We shall not forget you, and we shall watch with the closest interest as you embark on this new era of your remarkable history.” At the ceremony in the Wan Chai Convention Centre, the British flags are lowered. Chris Patten boards a yacht and sails out of the harbor. We are on our own now. No longer controlled by our colonial masters, and not yet subsumed by our postcolonial lords.

The queen’s portrait is taken down. “God Save the Queen” is swapped for “March of the Volunteers.” A few government institutions are renamed, and all mentions of “royal” and “crown” are scrubbed. But for months, even years, the only visible changes are ceremonial. It is the beginning of what the British and the Chinese promised us: one country, two systems. English remains an official language, and we can keep speaking our southern Chinese dialect of Cantonese for now. A separate territory under one sovereignty, with the right to preserve our independent judiciary and capitalist systems. In twenty years, the Chinese will tell us that this is not a right, but a privilege that could be taken away if we misbehave. The chief executive is the leader of the city now rather than the British governor, but ordinary residents still do not have the right to vote them into office democratically, although our constitution assures us that we could in the future. For now, they promise that it will be “Hong Kong people administering Hong Kong”—­that our way of life will be unchanged for fifty years.

Karen Cheung is a writer and journalist from Hong Kong. Her essays, cultural criticism, and reported features have appeared on This American Life and in The New York Times, Foreign Policy, and other publications. She was formerly a reporter at Hong Kong Free Press and was co–founding editor of Still / Loud, an indie magazine about culture and music in Hong Kong. 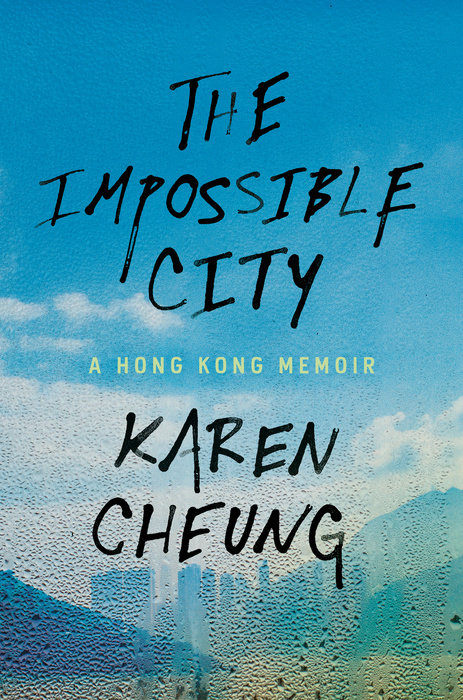