An embattled actress becomes entangled in a dark conspiracy at a spiritual retreat—and starts a true crime podcast to try to break the case—in this chilling novel about fame, violence, and our morbid fascination with murder, from the acclaimed author of Dead Letters.

“Dolan-Leach writes like Paula Hawkins by way of Curtis Sittenfeld.”—Amy Gentry, author of Good as Gone

Olivia Reed needs a break. She doesn’t want to think about her name plastered on tabloids or be reminded of her recent meltdown on a Manhattan street. Her micromanaging publicist has just the thing in mind: a remote retreat in upstate New York—the House of Light. It’s not rehab; it’s a Spiritual Center, a site for seeking realignment and personal growth. There will be yoga and morning meditation, soft bamboo-blend fabrics and no shortage of crystals to cleanse her energy.

But Liv will soon find that the House of Light is filled with darkness. A prickly local, Ava, informs her that something twisted is lurking behind the Light’s veneer. There have been a series of mysterious suicides committed by women caught in the Light’s web, and no matter who Ava talks to, no one believes the Center is involved. To find out what’s really happened and put her celebrity to good use, Liv starts a podcast, seeking to connect the dots and expose the Light’s true intentions. Because beneath the glowing skin of the Light’s inhabitants lie rotten souls, and Liv starts to wonder if anything—even her own life—is how it appears.

Caite Dolan-Leach brings her tantalizing voice, her gift for atmosphere, and a cast of delightfully devious and absorbing characters to this riveting novel of suspense.

An excerpt from Dark Circles

The thing my goddamn manager doesn’t understand is that I don’t need to go on a retreat. Exhaustion, she keeps saying to me, whining on the phone like I’m a three-­year-­old who needs to go down for a nap. I’m not a stubborn toddler, I’m a grown-­ass human who knows what she needs.

The problem, as everyone keeps informing me, is my IMAGE. Apparently, it’s acceptable to be a fragile starveling with dark ­circles under her eyes—­but it’s not okay to lie down in the middle of Mercer Street after a friend’s vernissage and later have a well-­documented meltdown in front of your ex’s apartment. A thin line, apparently, between glamorous self-­destruction and mental illness. The latter, I am told, is what currently plagues me. Not that I’m necessarily sick, Jessica is quick to say, but my image, how people see me, is of someone who’s not entirely well. I’ve gone from being cutely disastrous to acutely unhinged. Not a good look, everyone says. I find it hard to care. But then, that’s what the Team is for.

It takes them forty-­eight hours to convince me to go on the retreat. I spend the entirety of these two days and nights in my SoHo loft, trying (unsuccessfully) to wean myself off the medications that have been part of the daily fabric of my psyche for nearly five years. The drugs are a symptom, not the problem, Jessica keeps saying, in measured tones, when she calls me every six to eight hours. We just have to focus on getting you well—­then everything will fall into place. Everything. The Movie isn’t totally off the table. It’s still a possibility—­IF you get well.

The retreat they want to send me to sounds ridiculous. I mean, every spiritual retreat does. Center yourself, rid yourself of toxins (what even are toxins?), find your secret self buried under all that ego dirt, center your intentions, center your body, heal your spindly, malnourished spirit. FIND PEACE. Who the f*** wants peace???

I am told that exhaustion is a common affliction for people like me, people with a Team, and there are great programs to help Us through these dark days. Lena Dunham’s manager sent me a DM on Instagram to say just that. I’m sure Jessica called in a favor there.

But here I am, packing a small suitcase, Jessica standing nearby, not quite supervising but not not supervising, either. She’s explained about what I can bring to the retreat and what I can’t—­her vigilance is an extension of her desire to control me, control my whole life, to feel my entire soggy, tender self at her mercy. It’s why she takes good care of me, and why I am utterly under her thumb. We are each other’s lives. I’ve gone beyond resenting her here, in my apartment (the apartment she found for me, secured for me, rents for me), and I float about, thinking of her almost as a piece of the furniture. This is not something I like about myself. She clicks her well-groomed peach-­colored claws on my mahogany coffee table, no doubt remembering all the times she has had to Do What’s Best for me. And done it well. Done it the way I never seem to manage. My own sweet little succubus.

The retreat is not one of the famous ones. It’s not in Malibu, or Hawaii, or even in Thailand, which is where I frankly hoped I was going to end up. (Southeast Asia bucket list, amirite?) The price tag for treatment at this one is cheaper, and it’s lower-­profile, which suits my needs perfectly, I’m told. But I guess there are other reasons for choosing the House of Light. For starters, it is NOT, technically, rehab. It is a well-­respected Spiritual Center, a site for those seeking realignment and personal growth. It is a place of yoga and morning meditation and soft bamboo-­blend fabrics where we all will hold hands and snuggle our crystals and . . . I guess wake up with the sun?

Because it is not rehab, the focus is not on substance abuse. I think this is why Jessica likes it best, since I will be spending time there for rest and relaxation, not to dry out. I’m there for sun salutations and quinoa! She has even called the director who passed on a project I pitched, who will say, if the press asks, that I’m working on a film with him, a story about a clean-­living hippie out in the sticks working on her daily asanas as she finds her way toward harmony after the tragic death of her daughter.

I’m not entirely sure what to pack for a spiritual retreat, but it’s while looking at my closet that I decide I might actually go through with this. Who could I be, in loose palazzo pants as I wake at dawn? Some glowing healthy goddess in a robe, hair tousled and skin flushed? No longer the girl in tight sequined gowns or carefully androgynous pantsuits that cost eight thousand dollars, sloshing out of limos and beckoning for bottle service. Healthy, aware, wholesome, the poster girl for Goop. And what would Ryan think of her, that glowing creature? Maybe he would want her?

Jessica is there the whole time, my observant shadow self. She fingers the kimono I pack and restlessly refolds it, undoing my clumsy work. I balk when she removes an elegant, fluttery dress from the bag and clucks at me, pointing out my frivolity.

“This is stupid,” I counter petulantly. “Why can’t I just get centered here, in my own house?”

“Go,” she says. “Don’t you think you need to break the cycle? That there’s more for you out there?”

“But what if I’m totally isolated?” I whine.

“Then you’re totally isolated. And cut off, and alone, in a brand-­new place where you have no choice but to find another piece of yourself. Do you want to just keep doing this, forever?”

“No, of course not,” I say, meaning it. But also, meaning the opposite. Meaning that maybe I do, that maybe this exact thing that I have done for more than a decade is the thing that I do best, the thing I’m meant to do. Maybe I don’t have a higher plane, or a better self, or a more sophisticated artist inside me. Maybe I am just the ingénue, the young star of a successful but ultimately unimportant TV show, the pretty, damaged creature whose face you might recognize in a magazine, but maybe not in a restaurant. Maybe that’s it for me.

“Maybe I am exhausted,” I admit to Jessica.

“Maybe you are. And maybe you just need some time away from yourself.”

I’ve made a career out of this pursuit, getting away from myself. But when she says it, luggage waiting itchily at her side, I think, God. Yes. What a thought. And maybe time away from you.

I’ve texted Ryan a few times since the disaster of last week, but he never responds. I’ve deleted our conversation thread, so I have no record of what I might have said before, and this worries me immensely, like a hot, throbbing zit waiting to erupt that I stroke compulsively every time I think things will be okay. But if I get help, we can mend our fences. Hadn’t he said that, at some point? That I need help?

Jess takes away my phone but lets me take Richard in the car, though I know that he can’t come with me to the House of Light. Already I am abbreviating it, HOL, the hole where I will go to disappear. She knows better than to try to separate me from my dog now, when I still have a foot in my own house, in my life. She has spent years managing me, in all senses of the word. She knows when to push and when to let me collapse, willingly, into leather seats while someone else drives me, taking me somewhere I’m not sure I want to go. She thinks she knows me. So does everyone, I guess; they’ve seen my dappled thighs and the puff of a vacation paunch and my unmade face after a long night as I trudge into daylight for my coconut water. Celebrity.

My anti-­anxiety meds wear off somewhere on Route 17, and I become, frankly, unmanageable. Maybe Jess does know me better than I know myself. She knows, even, that I have kept my iPad, and that I have been secretly texting Ryan, everyone I can think of, from a diner off the highway, panicked and already regretting my complacence.

No one will respond.

I try to muster rage at this silence, and it is my inability to do so that makes me suspect that I have been out of control, that maybe all of them are right to treat me to this radio silence. Have I done something unforgivable? I don’t remember exactly what I’ve done and said in the last week, and what I do recall is worrying. I vaguely remember the press circling, waiting for me to go down like a wounded wildebeest. Jessica had spoken in hushed whispers about a photo in Us Weekly that she thinks I haven’t seen. I’ve seen it, though.

“I think a little time away from everyone will clear everything up,” Jess says. “He’ll forgive you. Everyone will. Maybe you should even call your dad, when you’re done? He did call from London, and I know he’s worried.”

I can’t believe she’s bringing him up right now. She knows she’s got me, vicious little spider. She reaches over and squeezes my hand, and I lie down on the leather seat, snuggling my face into her thigh. Her fingers work through my hair and rub arcane circles across my scalp, stroke the tense muscles of my neck. Her thumb finds that spot at the back of my skull, and she breathes with me. I am soothed. 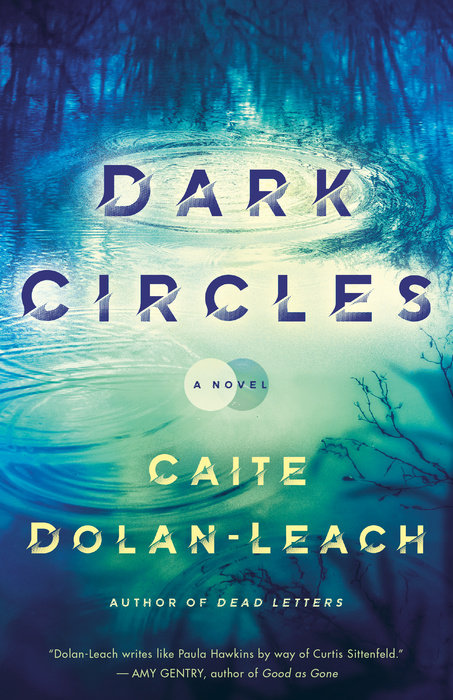