A successful therapist’s world is upended when her patients are targeted by a campaign of twisted psychological harassment in this propulsive novel from the author of Convince Me.

Dr. Laina Landers is good at her job. She’s an accomplished therapist, dedicated and compassionate. When she is summoned by a panicked patient who is being held hostage by her husband, she intervenes and dissuades him. Laina becomes a media sensation. But as her star rises, a target is placed on her back.

Not everyone is impressed by Laina’s achievements. Someone has it in for her and is targeting what matters to her most: her patients. One by one, Laina’s patients spiral after they receive unsettling gifts that mock their deepest fears and hidden traumas. Liana’s own home is targeted, in a mysterious break-in where nothing is taken, but left behind is the same message sent to her patients: Watching you.

Enlisting Cal Murray, an ambitious and charismatic investigative journalist to whom she has an explosive attraction, Laina must examine her patients’ lives and her own to identify the culprit. All she knows for sure? It’s someone with access to her records. Someone who wants to destroy her stellar reputation, shatter her newfound success, and even, perhaps, end her life.

Daisy, a freelance graphic designer, had received a call from her bank that very morning. A woman with the unlikely name of Jupiter Sterling had apparently gotten ahold of Daisy’s tax return and had tried to cash the check for quarterly estimated taxes that Daisy had written to the government. Daisy had seen a scan of the check, with U.S. Treasury miraculously erased and replaced by Jupiter Sterling. The amount had been large enough for a savvy teller to twig, and Jupiter Sterling herself stupid enough to try to cash the check at Daisy’s bank using her real name and her own ID.

The check was stopped. The credit agencies were notified. Jupiter Sterling is in custody. But none of these measures eases the sense of violation that consumes Daisy. Her Social Security number “is in the wind,” she’s sobbed repeatedly since entering Laina’s sanctuary. “I’m going to be looking over my shoulder for the rest of my life.”

Laina’s calm face doesn’t give it away, but with seven minutes to go in the session, and despite her genuine sympathy for Daisy’s distress, she’s feeling the pressure to get her client pulled together.

“Daisy?” Laina interrupts. “Can you listen to me for a moment, please?”

Daisy blows her nose into the wad of damp tissues already clutched in her hands and nods.

“What happened with your taxes is upsetting. I get that. But the culprit was arrested, you’ve issued a new check to the government, notified the credit bureaus, spoken with your bank. I wonder if this sense of violation that you’re talking about has another contributing factor?”

“Why don’t you think about it for a moment and tell me what comes to mind. Take a couple of deep, mindful breaths.”

To Laina’s relief, Daisy does as she’s been instructed, closing her eyes and taking a deep inhale through her nostrils, filling her belly with air. She holds her breath a long moment before releasing it through her mouth with a hearty sigh.

Laina takes advantage of Daisy’s closed eyes to sharply observe her client. Always attractive in a pale, blond, washed-­out kind of way, Daisy’s become almost blurry around the edges since her husband announced five months ago that he was leaving her and their two young children. Within three days of this pronouncement, he disappeared without a trace to “find a new path,” considerately emptying only half of their joint bank account.

A “pandemic-­life crisis,” Laina dubbed it, and poor ­Daisy’s husband isn’t the only one. The ricochet effects of a world turned upside down are still being felt.

Scores of people she knows, and virtually everyone she treats, were bludgeoned one way or another. Parents or children lost, or siblings or friends. Jobs and savings accounts evaporated into thin air as if by an evil fairy’s malicious spell. Schooling interrupted, dreams delayed, marriages broken beyond repair. Laina herself can’t claim to be untouched.

“Is that what you think it’s about?” Laina parries, hiding her surprise. Mark is a friend of Daisy’s who’d delivered some “benefits” when Daisy found herself newly single after eight years. As far as Laina knows, there had been a few stress-­releasing tumbles and then a mutual agreement to stay friends. Daisy hasn’t talked about him much since.

Daisy lifts her pale blue eyes to hold Laina’s dark brown ones in a firm, resolute gaze. “He took pictures of me. You know, naked. When I was asleep. I think he might have even drugged me! God! How did you know? I’ve been so scared and humiliated, I haven’t said a thing to anyone.”

With a barely perceptible twitch, Laina reacts to both the bomb Daisy’s just dropped and the realization that they have about four minutes left in their session. She has Ken and Connie Ito, a pair of hard-­driving surgeons struggling with fertility issues, in for a joint counseling session immediately after this, and Ken Ito does not react well to being kept waiting.

“I mean, talk about a violation!” Daisy splutters on now that the floodgates are open. “I thought we were friends. I couldn’t believe it. I still can’t.”

“Did you ask him to delete them?”

“Of course I did! I have children. But he laughed, said they were ‘too sweet’ to give up, and when I pushed him, he got crazy angry. After that I just backed off.”

“I am so sorry that happened to you. You must feel so betrayed,” Laina says empathetically while concealing her surprise that Daisy had kept this incident to herself. Daisy has legitimate life issues to contend with, as well as a diagnosis of moderate to severe anxiety and depression, but Laina’s used to Daisy laying every detail of her life and then some bare in their sessions. She’ll have to delve back into the Mark Victor of it all with Daisy next week, probe deeper into why Daisy had kept this secret.

“I live in constant fear,” Daisy whispers. “That the photos might, you know, show up somewhere.”

“Do you have reason to believe he’s planning to post them?” Laina asks, a concerned furrow forming across the bridge of her nose.

“I’m glad telling me gave you some relief. But can I ask you to do something? Think about what role shame might have played in your decision to keep Mark’s behavior a secret.”

Daisy nods eagerly. The two of them have had many conversations about shame and the role it has played in Daisy’s life thus far.

“And let me remind you,” Laina continues, “Mark is the one who did something shameful here. Not you. He took advantage of you and taunted you about it, proving he wasn’t the friend you thought him to be. That’s his shame. Not yours. The same way Jupiter Sterling should feel shame for her attempted fraud. The same way Brad’s behavior is his shame,” Laina adds, looping Daisy’s errant husband into the equation.

“I don’t want to start mistrusting everyone,” Daisy whispers, her eyes filling with tears once again. “But it’s hard.”

“Did you have any sense about Mark?”

Daisy’s eyes shift. “I guess I did wonder a bit. He was really Brad’s friend, before the asshole took off. I was too stupid to see what was what.”

“You were in shock, hurt, and vulnerable. He exploited that. You weren’t ‘stupid.’ Stop judging yourself.”

“Thank you,” Daisy says as she tosses her wad of tissues in the trash.

“You’re very welcome. I’ll see you next week, okay? Remember to be compassionate toward yourself. You’ve been through a lot. And don’t drive until you’re calm and ready,” Laina suggests. “Take a few minutes to pull yourself together.”

“Will do.” Daisy smiles at Laina and for a brief instant Laina sees the appealing, bright-­eyed girl Daisy had been before the hard edges of life caused her to fade.

Laina escorts Daisy out and takes a moment to jot down a few notes.

She ponders Mark’s motives in letting Daisy know he had taken the pictures. She marvels at the passivity that led Daisy to retreat from him instead of fighting back when he revealed what he had done. Daisy had never been a particularly assertive person, but she had really folded in on herself since her husband took off, Laina reflects. She’s become so withdrawn she’s listless, almost paralyzed. It makes Laina’s heart ache for her. Laina wonders if that bastard Mark Victor is using the pictures he took of Daisy in some nefarious way, posting them on the Web for profit or holding on to them for blackmail purposes. She also wonders if Daisy is his only victim and suspects she is not.

It’s appalling how easy it seems to come to some men, the power trips and exploitation, the manipulations and the slickly easy betrayals of trust.

Laina blinks, batting away the sudden stab of deep sadness that hits her as she contemplates the perfidy of men and the damage it can inflict. Sliding her pad with the jotted notes into a desk drawer, Laina locks it and then presses the button under her desk. The entry door to her office swings open and she adjusts her face and her attitude for the Itos, but it’s her partner, Dr. Harley Weida, who appears in her doorway.

“Got a minute?” he asks, tugging at his hair in a characteristic gesture. 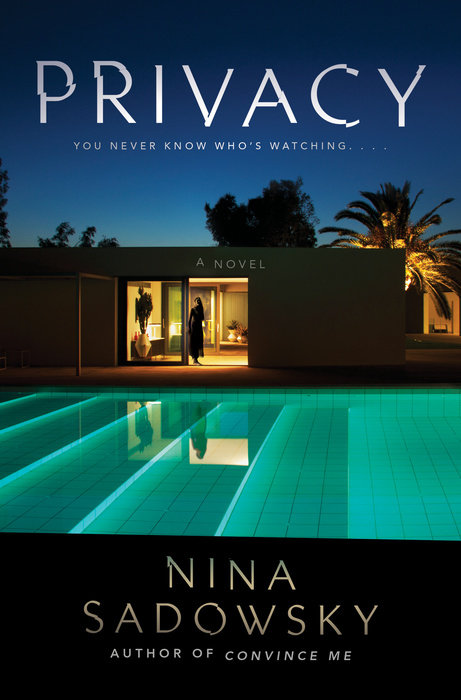