NEW YORK TIMES EDITORS’ CHOICE • A veteran journalist in Hong Kong is caught in a shadowy web of truth and betrayal as he investigates the disappearance of a student protester in this menacing, atmospheric novel written with “shades of Graham Greene and Patricia Highsmith” (Sunday Times) from the celebrated author of The Forgiven—now a major motion picture starring Jessica Chastain and Ralph Fiennes.

“Osborne is a startlingly good observer of privilege, noting the rites and rituals of the upper classes with unerring precision and an undercurrent of malice.”—Katie Kitamura, The New York Times Book Review, on Beautiful Animals

ONE OF THE MOST ANTICIPATED BOOKS OF 2022—CrimeReads, Fodors

After two decades as a journalist in Hong Kong, ex-pat Englishman Adrian Gyle has very little to show for it. Evenings are whiled away with soup dumplings and tea at Fung Shing, the restaurant downstairs from his home on Java Road, watching the city—once overflowing with wine dinners and private members’ clubs—erupt in violence as pro-democracy demonstrations hit ever closer to home.

Watching from the skyrises is Adrian’s old friend Jimmy Tang, the scion of one of Hong Kong’s wealthiest families. Just as Gyle prepares to turn his back on Hong Kong, he finds one last intrigue: the mysterious Rebecca, a student involved in the protests, and the latest of Jimmy’s reckless dalliances. But when Rebecca goes missing and Jimmy hides, Gyle feels that old familiar urge to investigate.

Piecing together Rebecca’s final days and hours, Gyle must tread carefully through a volatile world of friendship and betrayal where personal loyalties vanish like the city he once knew so well. On Java Road tells the story of a man between the fault lines of old worlds and new orders in pursuit of the truth.

An excerpt from On Java Road

I thought, in those desperate and forgotten days, of that passage in a novel I had read in school where the narrator insists that he prefers to be known as a reporter rather than as a journalist, the humbler word better denoting what he does, namely transcribing what he sees. Today it’s an even less dishonorable job description. I knew all the journalists in Hong Kong, of course, but I also knew a fair number of the reporters—the citizens trailing the city’s movable war zones, often like me all alone with a phone camera, and over time I had become more comfortable among them without consciously knowing why. But then what were we describing and for whom? I wasn’t sure about that either. For myself, perhaps, and a few others scattered across the globe, such as I liked to imagine them, it would depend how deep you wanted to go into yourself. Some of these reporters had become strangely famous.

They were unlike me in that respect. Although I had been in Hong Kong for more than twenty years, slaving away as a reporter factotum gradually persevering his way into higher echelons of respectability, I had never made a name for myself in my adopted city. People knew me vaguely as a writer of something or other, and a fairly infamous glutton, but little more than that. I had gone there when still a young man, chilled to the marrow by London and its prospects and, more important, unable to see myself succeeding in that tomb of a city. I had arrived in Hong Kong just after the Handover, knowing nobody except my old university friend Jimmy Tang, and equipped only with a single suitcase and savings of five thousand sterling. I had done well given those inauspicious beginnings, but I had never become a star writer. And in a way I didn’t mind at all. I had worked for a variety of newspapers, enjoyed a stint as a restaurant critic, married and divorced, accumulated a small apartment, and perfected the Chinese I had studied at university. In other words, I was an excellent nonentity.

In fact, at the beginning of that summer, when the disturbances had first erupted, I felt as though I were being woken from a deep and meaningless sleep. The city I had grown so used to—comfortable, cynical, overflowing with wine dinners and white-truffle events—was shattered the first moment I saw one of my neighbors wander onto Java Road at midnight in a white sleeveless shirt wielding a butcher’s knife. I knew the man by face if not by name because I saw him every other day at Fung Shing, the restaurant on that same Java Road where I spent much of my time drinking tea with guan tang jiao soupy dumplings and editing my reports. I think he recognized me, too, but I was invisible to him in that moment on the street at midnight because he was there looking for protestors to intimidate, and a Chinese civil war doesn’t automatically include European drifters.

Later, it was true, certain expatriated foreigners would indeed become local heroes in the conflict that consumed the city that summer, like the Frenchman with no legs who declared his solidarity with the students while standing precariously on his prostheses and orating to thrilling effect. I never found out his name, though I was resolved to buy him a drink if I ever saw him eating alone in a cheap restaurant. He was known merely as the Frenchman with No Legs. As for the fellow knife-wielding diner at Fung Shing, I never knew his name either, but he would reappear like the ghost in a folk tale, never losing his power to disquiet.

He was one of the countless Fujianese immigrants concentrated in North Point, the neighborhood where I lived, which had long been a bastion of pro-Beijing nationalist sentiment. Still speaking Mandarin instead of Cantonese, they were an island among the sea of Hong Kongers who otherwise barely noticed them. Their moment of vindicating the Motherland had come, and when they achieved critical mass—as for example at Fung Shing at about 9 p.m.—they acquired a belligerent confidence even as they were huddled around pots of tea and after-dinner doughnuts, a delicacy carried from table to table on sugary trays after the main courses had been served. Since they regarded foreigners with suspicion at the best of times, and now associated us with the demonic prospect of democracy, I wondered if they, and he, were now my enemy. And even if they had drawn no blood from me personally, how should I report and describe them? This question made me want to eat at Fung Shing every single night. Besides, the very name in English, Phoenix City, now seemed more apposite than it had before. Another phoenix, another riddle.

Every time I climbed up the staircase to the second-floor eatery, which was level with its red-and-blue street sign, past a regal gold image of the bird equipped with a blue electric eye, I wondered if all eyes would be upon me as I entered the main room alone, dazzled by the overhead interrogation lights the Chinese seem to love in their restaurants, and which made me even more aware than usual of my unforgivable foreignness. I decided to call the Unknown Meat Cleaver Man Mr. Li, since that is one of the most common surnames on the mainland. If I were to ever meet him again in a dark street in those parts I wanted my assassin to have a name. Cloven in twain by Mr. Li. I rarely saw him at Fung Shing after that hot night of bastonnades and disorder, men running after boys and girls in black with bamboo canes, then being chased back the same way when the momentum swung, like a theatrical production that had lost control of itself.

But it wasn’t only that. As a foreigner my relation to the people eating at Fung Shing had changed almost overnight. The entire atmosphere of the city had shifted. The cadences of the language around me sharpened, a language that I had never mastered in any case. Yet I detected these changes like magnetic alterations in the air waves.

I knew how to say “f*** your mother,” diao ni lao mu, but now I heard it made into a sentence directed at the armored cops: diao ni lao mu gao gun, where the last two words could be rendered as “dog officer.” The phrase hak ging was everywhere—dirty cops, black cops. The cops were soon shouting obscenities back at their satirists. Some of them said it in Mandarin. Cao ni mao. Over the warmer months the tensions that had begun with protests against an extradition law imposed by Beijing had escalated and spiraled out of control. Now, as it became more irrational, more primal, one could see a hatred operating through words as much as through beatings and tear gas. Words are the most efficient vessel for carrying the seeds of violence. The tongue contains no bones, as the Arabs say, yet it breaks bones. Everything in the depths of the mind flows effortlessly through bone-shattering words. When a cop says to a sixteen-year-old girl sei bat po—“die, bitch”—the violence is already performed. A verb is not an act, but it is the prelude to one, a permission the violator has granted to himself by uttering the obscenity. Once during a standoff the police used a formal warning and the girls on the front line cried back, “Come here and we’ll scratch your balls off.” To which there was no answer. In that moment at least, the verbal insult nullified even a barrage of rubber bullets.

For the next few days I didn’t go to the daily street protests. I went to Phoenix City as usual because I relished the arctic air-conditioning and the feeling of normalcy it bestowed on its patrons. It was a relief. I sat there by one of the mirrored columns and ate salted duck yolks and soupy dumplings until the street had cooled a little, and I could go down again of sane mind and walk around the sloped streets that run up from Java Road in search of rioters, protestors—call them what you will. But none appeared. A lull had descended, as if the students, with their last wills and testaments sewn inside their jackets, had decided to take a few days off to recuperate, allowing the streets to return to being places of consumerist ease. Or, in the case of Java Road, a place of funeral homes filled with black bunting and monochrome banners haunted by the ghosts of the sugar magnates who had once made their fortunes on the maritime trade with Java, and whose imposing offices once stood here as a symbol of colonial magnanimity.

The heat rose and by midday the inhabitants of the city bore it with raised newspapers and parasols. They were glum and stoic in their minimal clothes, and I wandered down to the ferry terminal behind the Vic Hotel just to soak up the coolness of the ocean. From there, the interval of ordinariness was impressive in its potency. The junks with their mulberry sails, the lights of the Kerry Hotel across the water coming on at dusk, the ferries packed with miserable perspirers bearing fans, and the edges of the mountains a color of old tea at the end of daylight. It was around this time that bodies had begun to appear in those same waters, quietly retrieved by police boats that reporters were not permitted to approach, the first intimations of a new form of intimidation, a new configuration of the chessboard. 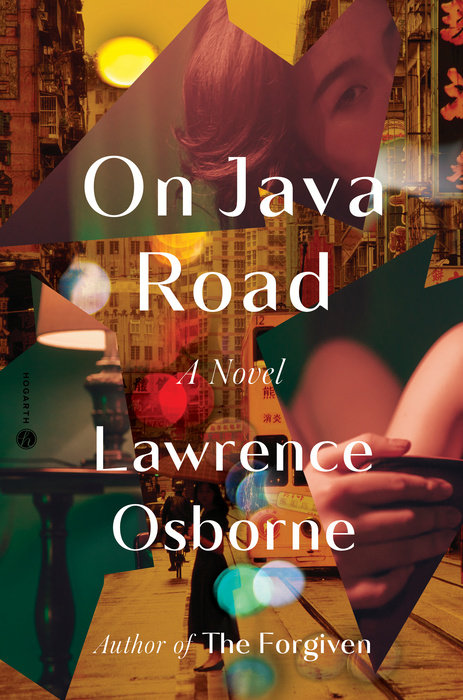