GOOD MORNING AMERICA BUZZ PICK • From the New York Times bestselling author of Mexican Gothic comes a simmering historical noir about a daydreaming secretary, a lonesome enforcer, and the mystery of the missing woman they’re both desperate to find.

Mexico in the 1970s is a dangerous country, even for Maite, a secretary who spends her life seeking the romance found in cheap comic books and ignoring the activists protesting around the city. When her next-door neighbor, the beautiful art student Leonora, disappears under suspicious circumstances, Maite finds herself searching for the missing woman—and journeying deeper into Leonora’s secret life of student radicals and dissidents.

Mexico in the 1970s is a politically fraught land, even for Elvis, a goon with a passion for rock ’n’ roll who knows more about kidney-smashing than intrigue. When Elvis is assigned to find Leonora, he begins a blood-soaked search for the woman—and his soul.

Swirling in parallel trajectories, Maite and Elvis attempt to discover the truth behind Leonora’s disappearance, encountering hitmen, government agents, and Russian spies. Because Mexico in the 1970s is a noir, where life is cheap and the price of truth is high.

An excerpt from Velvet Was the Night

El Elvis realized this was ironic considering his line of work. Imagine that: a thug who wanted to hold his punches. Then again, life is full of such ironies. Consider Ritchie Valens, who was afraid of flying and died the first time he set foot on an airplane. Damn shame that, and the other dudes who died, Buddy Holly and “The Big Bopper” Richardson; they weren’t half bad either. Or there was that playwright Aeschylus. He was afraid of being killed inside his house, and then he steps outside and wham, an eagle tosses a tortoise at him, cracking his head open. Murdered, right there in the most stupid way possible.

Often life doesn’t make sense, and if Elvis had a motto it was that: life’s a mess. That’s probably why he loved music and factoids. They helped him construct a more organized world. When he wasn’t listening to his records, he was poring over the dictionary, trying to memorize a new word, or plowing through one of those almanacs full of stats.

No, sir. Elvis wasn’t like some of the perverts he worked with, who got excited smashing a dude’s kidneys. He would have been happy solving crosswords and sipping coffee like their boss, El Mago, and maybe one day he would be an accomplished man of that sort, but for now there was work to be done, and this time Elvis was actually eager to beat a few motherf***ers up.

He hadn’t developed a sudden taste for blood and cracking bones, no, but El Güero had been at him again.

El Güero was a policeman before he joined up with Elvis’s group, and that made him cocky, made him want to throw his weight around. In practice being a poli meant shit because El Mago was the egalitarian sort who didn’t care where his recruits came from—­ex-­cops, ex-­military, porros, and juvenile delinquents were welcome as long as they worked right. But the thing was El Güero was twenty-­five, getting long in the tooth, and that was making him anxious. Soon enough he’d have to move on.

The chief requirement of a Hawk was he needed to look like a student so he could inform on the activities of the annoying reds infesting the universities—­Trotskos, Maoists, Espartacos; there were so many flavors of dissidents Elvis could barely keep track of all their organizations—­and also, if necessary, f*** up a few of them. Sure, there were important fossils, like El Fish, who was twenty­seven. But El Fish had been in one political shenanigan or another since he was a wee first-­year chemistry student; he was as professional as porros got. El Güero hadn’t achieved nearly as much. Elvis had just turned twenty-­one, and El Güero felt the weight of his age and eyed the younger man with distrust, suspecting El Mago was going to pick El Elvis for a plum position.

Lately El Güero had been making snide remarks about how Elvis was a marshmallow, how he never went on any of the heavy assignments and instead he was picking locks and taking pictures. Elvis did what El Mago asked, and if El Mago wanted him to pick the locks and snap photos, who was Elvis to protest? But that didn’t sway El Güero, who had taken to impugning Elvis’s masculinity in veiled and irritating ways.

“A man who spends so much time running a comb through his hair isn’t a man at all,” El Güero would say. “The real Elvis Presley is a hip-­shaking girlie-­man.”

“What you getting at?” Elvis asked, and El Güero smiled. “What you saying ’bout me now?”

“Presley’s the king. Ain’t nothin’ wrong in liking him.”

And then, when it wasn’t that, El Güero decided to use an assortment of nicknames to refer to Elvis, none of which were his code name. He had a fondness for calling him La Cucaracha, but also Tribilín, on account of his teeth.

In short, Elvis was in dire need of asserting himself, of showing his teammates that he wasn’t no f***ing marshmallow. He wanted to get dirty, to put all those fighting techniques El Mago made them learn to good use, to show he was as capable as any of the other guys, especially as capable as El Güero, who looked like a f***ing extra in a Nazi movie, and Elvis had no doubts that his dear papa had been saying “heil” real merrily until he boarded a boat and moved his stupid family to Mexico. Yeah, El Güero looked like a Nazi and not any Nazi but a gigantic, beefy motherf***ing Nazi, and that’s probably why he was so pissed off, because when you look like a blond Frankenstein it’s not that easy to blend in with no one, and it’s much better to be a shorter, slimmer, little dark-­haired f***er like Elvis. That’s why El Mago kept El Güero for kidney-­smashing and he left the lock picking, the infiltrating, the tailing, to Elvis or El Gazpacho.

El Gazpacho was a guy who’d come from Spain when he was six and still spoke with a little bit of an accent, and it goes to show that you can be all European and pretty much fine because that dude was as nice as could be, while El Güero was a sadist and a bully with an inferiority complex a mile wide.

F***ing son of an Irma Grese and a Heinrich Himmler! F***er.

But facts were facts, and Elvis, only two years with this group, knew that as the most junior of the lot he had to assert himself somehow or risk being sidelined. One thing was clear: there was no f***ing way he was headed back to Tepito.

Therefore, it’s no surprise that Elvis was a bit nervous. They’d gone over the plan, and the instructions were clear: his little unit was to focus on snatching cameras from journalists who would be covering the demonstration. Elvis wasn’t sure how many Hawks would be coming in and he wasn’t quite sure what the other units would be doing, and really, it wasn’t like he was supposed to ask questions, but he figured this was a big deal.

Students were heading toward El Monumento a la Revolución, chanting slogans and holding up signs. From the apartment where Elvis and his group were sitting they could see them streaming toward them. It was a holy day, the feast of Corpus Christi, and he wondered if he shouldn’t go get communion after his work was over. He was a lapsed Catholic, but sometimes he had bouts of piousness.

Elvis smoked a cigarette and checked his watch. It was still early, not even five o’clock. He went over the word of the day. He did that to keep his mind sharp. They’d kicked him out of school when he was thirteen, but Elvis hadn’t lost his appreciation for certain types of learning, courtesy of his Illustrated Larousse.

The word of the day was gladius. He’d picked it because it was fitting. After all, the Hawks were organized in groups of a hundred, and they called the leaders of those groups “the centurions.” But there were smaller units. More specialized sub-­groups. Elvis belonged to one of those; a little goon squad of a dozen men headed by El Mago, further subdivided into three smaller groups with four men each.

Gladius, then. A little sword. Elvis wished he had a sword. Guns seemed less impressive now, even if he’d felt like a cowboy back when he first held one. He tried to picture himself as one of those samurais in the movies, swinging their katanas. Now wasn’t that something!

Elvis hadn’t known anything about katanas until he joined the Hawks and met El Gazpacho. El Gazpacho was all over the Japanese stuff. He introduced Elvis to Zatoichi, a super fighter who looked like a harmless blind man but who could defeat dozens of enemies with his expert moves. Elvis thought maybe he was a bit like Zatoichi because he wasn’t quite what he appeared to be and also because Zatoichi had spent some time hanging out with the yakuza, who were these crazy dangerous Japanese criminals. 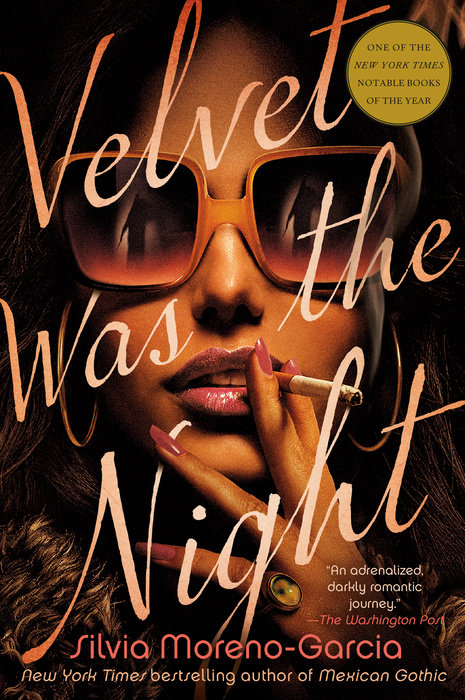